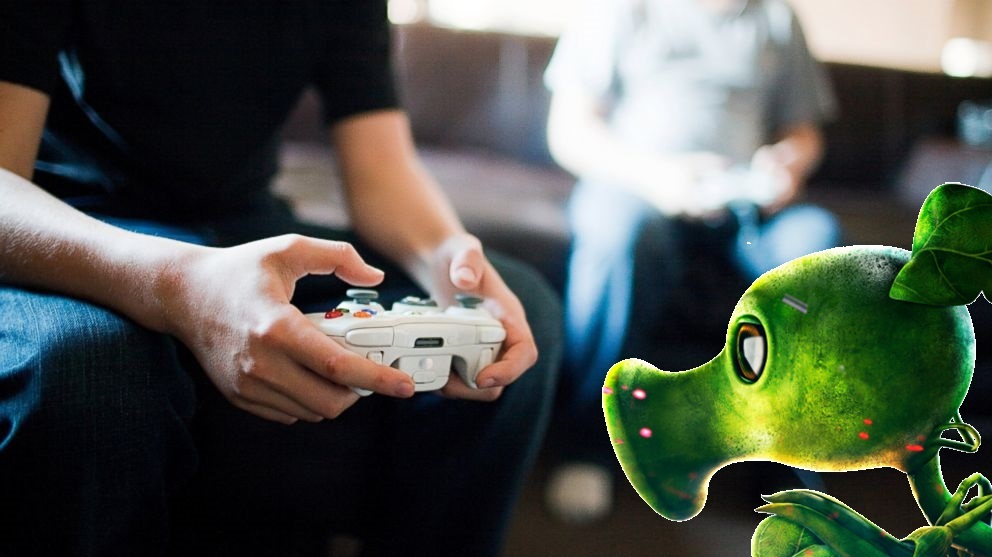 This is it. The last week of February has come to a close, and Saturday is the first day of a month where we will see a plethora of highly-anticipated games hit store shelves. It starts Tuesday with South Park: The Stick of Truth, and the games keeping rolling out until the end of March.

So this is your last weekend to chip away at any backlog you might have built up or get in those last few rounds of that “other” multiplayer shooter you won’t be playing anymore. Here’s how the GT staff plans to spend their gaming hours this weekend.

Gardens…too boring. Warfare…too messy. Garden warfare…too unbelievably friggin’ awesome! I will be spending the entirety of my weekend playing Plants vs Zombies: Garden Warfare. I popped the game in the disc slot on day one (yes, I still buy discs) and stayed up all night playing. It’s a charming, yet surprisingly deep and balanced multiplayer shooter with an interesting and addictive customization and upgrade system. Plants for the win! Unless I’m a zombie, then Zombies for the win!

I’ve been revisiting the newly released version of an old indie favorite, Desktop Dungeons. This is, like Spelunky, another case of a game that started out its earliest alpha days in a totally free form, and ended up becoming such a hit that a far more developed, commercial version eventually followed. While I walked into this game already knowing I’d love the gameplay, it’s the upgrades and additions that have really caught my eye – not just graphics and sound, but new exploration and unlocking elements. Best of all, the original alpha is still free to play – interested gamers can check out the original (IGF Award Winning) version right here.

While I also hear the sirens song of South Park: The Stick of Truth taunting me ( Grand Wizard Edition thank you paid for and waiting), I’ve been able to muffle its calls with my continuing Skyrim pursuits and some new-old-school style thrills with Strider. But me and my girlfriend have been considering adding Bravely Default and/or Pokemon X and Y to our video game family… so maybe all my gaming plans will go in a completely different direction. Besides those, Telltale Games’ The Wolf Among Us has been just so damn awesome,every time I start a new episode it feels like Christmas morning. I think I’ll save that one for Sunday evening though… go into Monday on a high note.

Last weekend I had Broken Age on my agenda but it got put on the back burner while I plowed through Deus Ex: Human Revolution. This weekend Broken Age is my number one priority, and once I finish it I’m going to move on to the PS4 version of Rayman Legends. I’m also playing Outlast at night – soooo scary!!

With my son feeling under the weather and being a hockey forward during playoffs, I’m using his down-time this weekend as an excuse to get in some gaming goodness. LEGO Marvel Superheroes is certainly on the docket, and we may even play some Rayman Legends  (the soccer mode had us in stitches!). I have a bit of Dead Rising 3: Untold Stories to play when he’s in bed, and Strider has been my go-to game when I’ve only got 20-60 minutes to play.

I read the David’s review of Plants VS. Zombies : Garden Warfare, and being weak I made an impulse purchase on the Xbox One. I suspect PC gaming isn’t going to happen this weekend – any time on the keyboard is for writing. With all of this (and why can’t I stop playing Peggle 2?), I have one deep-seated concern : is Titanfall just two weekends away?

With SXSW on the horizon (I’ll be speaking with Richard Garriott, David Sinclair, and Mike Dunn – http://schedule.sxsw.com/2014/events/event_IAP22949  Come see us, it’s open to the public!) I’m doing a bit of tap dancing for that event.  I’ve also got review work on South Park: The Stick of Truth, a Titanfall art book from Titan Publishing (irony!), and I’m still working on my review of the Ouya.  All of that while the beta for The Elder Scrolls Online looms at noon today (hit me up if you need a friend key – I might be able to hook you up!).

You know how we’re spending our precious few gaming hours. Now we want to know how you’re going to be spending yours. Let us know in the comments section below.