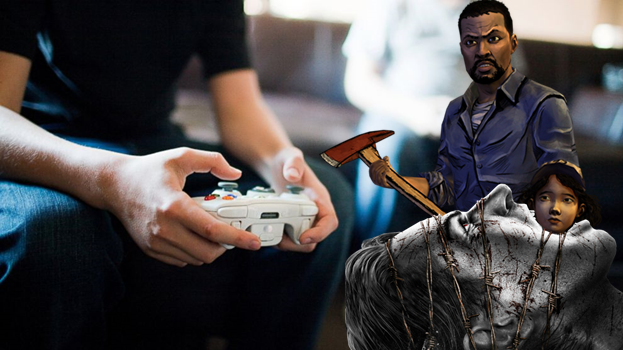 We’re already halfway through the month of October and Halloween is creeping up on us. The spirit of All Hallow’s Eve has a possessive quality that bewitches gamers into playing games that will most likely scare them into submission, and so far Shocktober has been chock-full of these terrifying gaming experiences. From Alien: Isolation to The Evil Within to The Walking Dead Season 1 on Xbox One/PS4, there is no shortage of games that will make players’ palms sweat and their pants wet. The GT Staffers are up to their own spooky shenanigans this weekend. Here’s what we’re playing.

I wanted to take advantage of this month and play games that were in the spirit of Halloween, but the gene that makes me sleep with a night light on is the same one that makes me steer clear of anything with the words ‘survival’ and ‘horror’ attached to it. I beat Costume Quest last week and was all ready to jump into the sequel, but then something unexpected happened–I tried The Evil Within and I liked it. Sure, I’m only a couple hours in and it’s been incredibly tense, but the horror aspect of it has been tangible so far. What I mean by that is–the enemies are physical beings that I can shoot, burn and, if need be, run away from. I have control. Whereas in a more psychological horror game, like P.T., I can’t do anything to defend myself, and I feel completely helpless. It’s that sense of control that helps me get through The Evil Within, and it might make it the first survival horror game I’ve ever beaten.

I think it’s time to come clean, I’m addicted to Destiny…sorry. I realize it’s a flawed game, I know the story’s non existent and I kick myself for grinding through the same levels over and over again just so I can get an upgrade on a Legendary weapon that I may not even use…I know. But I can’t stop. The worst part is that I see all these awesome games coming out like Shadow of Mordor and Bayonetta 2 and I still can’t stop the grinding. Blargh…anyway, I think some of us at Gaming Trend are going to be hitting the Vault of Glass raid this weekend, so I got that goin for me, which is nice.

I’ve taken an obligatory break from Persona 4 Arena Ultimax in order to play The Evil Within. It’s weird because I keep going back and forth as to whether or not I actually enjoy it. The game’s design seems purposefully arbitrary, and I find myself having to die in order to understand what I’m supposed to be doing. The game feels somewhat flimsy in a way that Resident Evil 6 did, which is not something a game should ever aim to remind me of. And unfortunately, the cast comes off incredibly wooden and boring. I say all this, but I’m still pretty intrigued by The Evil Within. As I’m starting to see the bigger picture of what’s going on this game’s world, I’m interested to find out more. I don’t really care much about Sebastian and his group of sidekicks, but I do want to understand what’s happening to them and where they’ll ultimately end up. And every now and then I get the same feeling I did nearly ten years ago when I played Resident Evil 4. If nothing else, the game succeeds in being consistently unsettling.