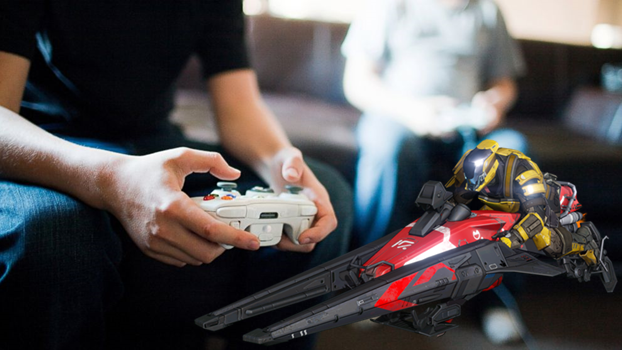 There aren’t a ton of new releases out this week for gamers to get their hands on, but the GT staffers still have plenty of satisfying game experiences to sink their teeth into. This weekend, PlayStation owners will don Guardian suits and go  zipping around on their Sparrows, blast Devil Walkers to bits with rockets, and loot golden chests for sweet weapons and armor to decimate their alien adversaries with in the Destiny Beta that went live Thursday, July 17th. You can guess what comes next … here’s what the GT staffers are playing:

So I tried out the Destiny Beta on Thursday and reached the level cap of 8 with the Warlock class. At first, I was a bit disappointed that the beta cap was the same as the alpha, but after a little more exploring, I got my first weapon upgrade … and then a grenade upgrade … and then an upgrade for my super … and then I was hooked. I will be playing more Destiny this weekend, because it has a lot to offer. I’m thoroughly enjoying the PvE portion of the Beta and I haven’t even touched the beast that is The Crucible, or PvP.

Like everyone else, I’ll be chipping at the Destiny Beta, but I’ve got a few other goodies on my to-do list.  It’s my mom’s birthday on Sunday and she’s a Rock Band junkie as much as I am, so we’ll get some clicky-clicky guitar and drums time in.  I’ve also been digging the hell out of the NVidia Shield.  It’s a portable arcade in my hands, it’s perfect for movies, and streaming my steam games shows some promise too.  I’m also chipping away at Divinity: Original Sin to help with our review of the game.

I also have the most unenviable game coming up this weekend – meeting new neighbors.  Our long time friends across the street are moving and we are getting a new set of neighbors.  Will they be cool?  Will they play games?  WHO KNOWS?!

Destiny Beta all the way. Wow. I had no idea how much fun this thing would be. I’m with Josh, the weapon upgrades will keep me and my Hunter Class character pretty busy this weekend. Good times. I wish I had more to add, but I’m pretty sure that’s all I’ll be playing for a while.