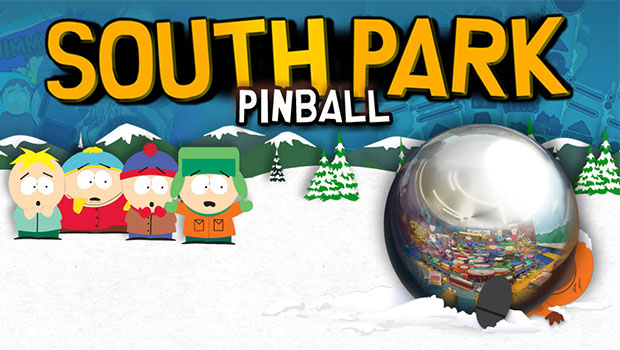 The latest offering from Zen Studios could be one of its best yet. South Park: Super-Sweet Pinball is the newest table available for purchase from their already massive and ever-expanding library.

Who doesn’t love pinball? Back in 1998, at the height of South Park’s popularity during its earlier years, a live Pinball game based on the animated show was released by Sega Pinball in arcades across the country. Today, there’s a new South Park Pinball game that fans can  enjoy from the comfort of their homes, and while it may only be a digital representation and not the real thing, it still offers the sense of comedy you would expect from the show.

If you’re familiar with Zen Pinball 2, you should already know what to expect. Choosing South Park as the latest property to transform into a pinball game means there is only one thing you absolutely cannot screw up the very specific style of comedy that South Park is so well known for. Luckily, the development team at Zen Studios captures the hilarity of the show and manages to cram years of nostalgic memories and moments into the two included tables. The first is simply titled South Park’s Super-Sweet Pinball, which covers the series in general. The second table, dubbed “Butters’ Very Own Pinball Game”, features everyone’s favorite little boy who can laugh at a storm cloud.

The first table here is admittedly the best of the two, mainly because it delves deep into the 16 years of the show’s history, all the way back to the very first episode “Cartman gets an anal probe”. A lot of the characters from the show (although mainly from the earlier years) make an appearance here and they all have their own type of mini-games you can interact with. As I mentioned earlier, the pilot episode features Cartman at the top of the table, hit him enough times and you’ll be treated to some quotes and funny animations from the episode. Stan and Kyle are featured on the bottom right and hitting them also rewards you with more south Park memories. Stan tries not to throw up after kissing Wendy, and Kyle tells the story of Hanky, the Christmas Poo. Kenny is features as the ball bumper. There are some odd character placements. For example, Stan is placed directly in front of you so you end up hitting him numerous times, as opposed to Kyle who is on the bottom-right angle of the table so he’s almost impossible to hit numerous times in order to get his dialogue going.

The table itself is a compilation of some of the funniest and most memorable moments from the show are highlighted here; it’s actually pretty impressive how much was crammed into the cabinet. Jimmy, Timmy, Mr. Garrison and even Terrance & Phillip make appearances.

Just as he got his very own episode, Butters gets his very own pinball table. This second table is a little more interesting as it revolves around a single character, focusing on his top moments on the show. AWESOME-O makes an appearance here to give you plenty of points, as well as terrible movie ideas. The best part of this specific table is getting to choose one of Butters’ alter egos including Marjorine, the last of the Meheecans (Mantequilla) and best of all, Professor Chaos. Choosing Professor Chaos takes you into a mini-table where you take on Coon and friends. While not as immersive as the main table, “Butters’ very own pinball table” is hilarious and charming in its own right. Not unlike the title character.

The one negative (which is noticeable from the moment you pick up and play the game) is the lack of crude language that makes South Park, well, South Park. There is no cursing or any sign of vulgar comedy to be heard anywhere, and while that is probably done in order to fit in with the family friendliness of the rest of the tables, it’s hard not to feel like you’re listening to a PG version of the show. The rest of the package provides South Park fans everything they could hope to find in a pinball game and a little bit more, but the amount of enjoyment you’ll get out of the game comes down to a simple question: Are you a fan of South Park? If the answer is yes, then this is a must buy. The lively colors of the show, plus the silly nature of its comedy make for an excellent presentation and you’ll be surprised by the amount of references they fit into two tables. If the answer is no, then you’ll still find some enjoyment out of it, but you might not get some of the callbacks to the show’s funniest moments, which honestly, is half of the appeal.

That South Park feel is all here. The music, the voices, the quotes and plenty to reminisce and laugh at. Zen Studios shows why they are the best at what they do. If you’re a fan of the show, then you owe it to yourself to give these tables a shot -- you won’t be disappointed.