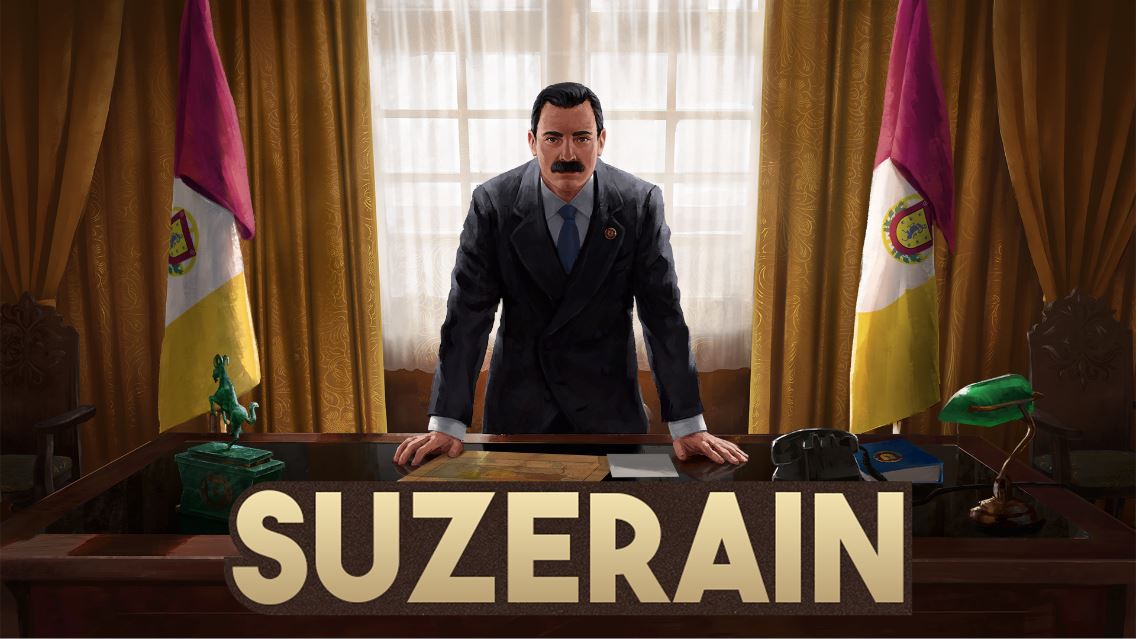 “You are my enslavement and my freedom,
You are my flesh burning like a raw summer night,
You are my country.”
-Nâzım Hikmet Ran

This statement is exactly how Suzerain begins, and this is arguably a summation of the game. In my several hours playing I found myself wrapped up in the country of Sordland, and it became real very quickly as I moved from event to event. After the credits rolled I had to make my return trip back home, at least mentally, but the people and places I visited in my time there still ring in my ears. I’m very pleased to be the one to talk to you about how special Suzerain is, and to shed light on this fantastic title by developer Torpor Games.

For those who don’t know, Suzerain is a text-based narrative adventure game. You spend your time as Anton Rayne, a man who by whatever shape or form you give him becomes President of Sordland. The introduction is simple, as is most of the game, but detailed. You have the opportunity to work through several aspects of Mr. Rayne’s childhood, adolescence and into his adulthood and career, molding not only him but some of his policies and leanings. It’s a great way to do it, and it also sets up your expectations for how the game will work, and what kind of President you’re creating.

The gameplay is somewhat similar to a choose-your-own adventure book. As mentioned before, the game is a text based adventure, so you’re going to read as things happen or as people talk and then make dialogue choices to advance forward. If you’re looking for something complex, you had better look elsewhere, but this choice in design works perfectly in Suzerain. Playing it is straightforward, as you spend the entire time on a map (perfect for what Suzerain is), clicking on different cities whenever a notification comes up. After that, you jump right into dialogue that leads you into whatever event that’s being offered, like an economic report or signing or vetoing a bill. This has the game feeling like a novel, both to its benefit and disadvantage. When you’re really into what’s going on, it feels like reading a good book, but when things get a bit slow it tends to drag.

Thankfully, the narrative rarely has that feel due to both the intriguing people of Sordland as well as the lore of the world around you. Nearly fifty years of happenings are set up in the introduction, and there is much more to discover as you read through your archives. It’s really impressive this has all been set up, and the meticulous detail is appreciated. Sordland isn’t just a fake place in the background, as you play through it becomes your homeland.

This leans heavily into why I connected to Suzerain, and while some might say it takes itself too seriously, I believe it needs to. I’m not a very politics oriented person, and there was plenty of jargon that went over my head, but as I continued to play I truly felt like Anton Rayne, President of Sordland. This was my home, and the economic recession we were dealing with was my responsibility. It takes both great detail and writing to get you into something like this, and it felt like my days where I would curl up with a good book and imagine I was riding alongside Eragon, or fighting to defend Redwall Abbey. Books used to be my thing, but due to time constraints I rarely get to turn a page. With Suzerain I felt transported back to those times, both with all the reading this genre entails, but also in how good of a job it does in pulling you in. 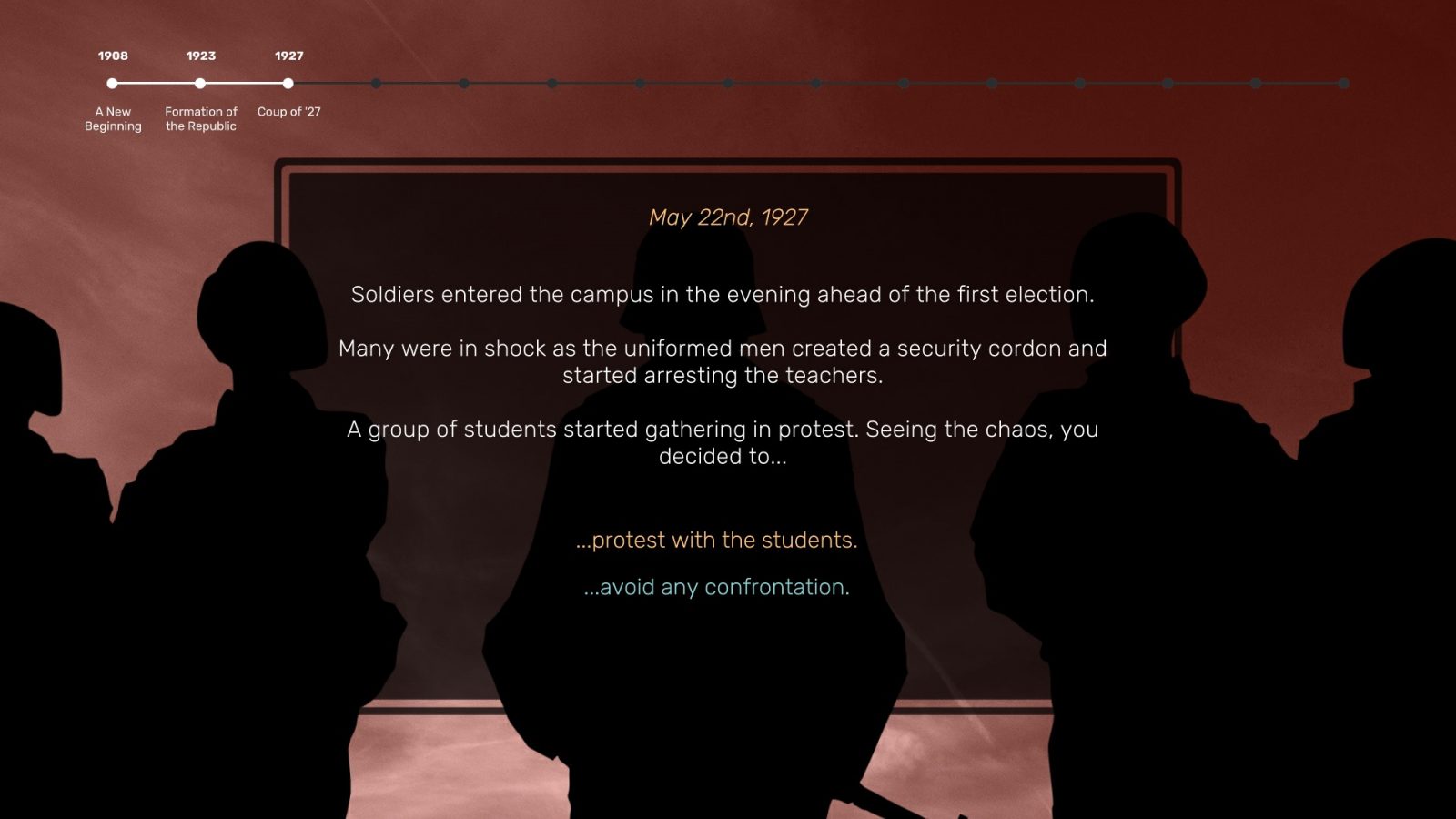 While I feel like a president, I can definitely say I am not envious of Anton’s job. The story is one filled with not only tons of micromanaging decisions, but of twists and turns that will leave you banging your head against a wall. One second you’re in a meeting about whether or not you should build a new train station or roadway, and the next a scandal involving the vice president ensues. You do your best to take things one thing at a time, but there’s always a feeling that another issue is right around the corner. You’re also trying to balance things as best you can, because party A may need you to do this in order to secure their vote, but it may anger party B. It’s a grand and engrossing game of tightrope, and you never know when President Rayne may fall if you aren’t careful.

Besides this, you also have a family to talk to and try to stay connected with. Some of the best conversations in the game happen here, and though your family matters are more appetizer than entree, I value what Torpor did here. I keep referring to reading a book (and it’s similar to how visual novels approach their medium as well), and this is like a good book where you finish a chapter but keep reading even though you said you were stopping two hours ago. When Suzerain hits, it hits hard, and even when it doesn’t you’re still clicking through dialogue trying to get to the next big event. 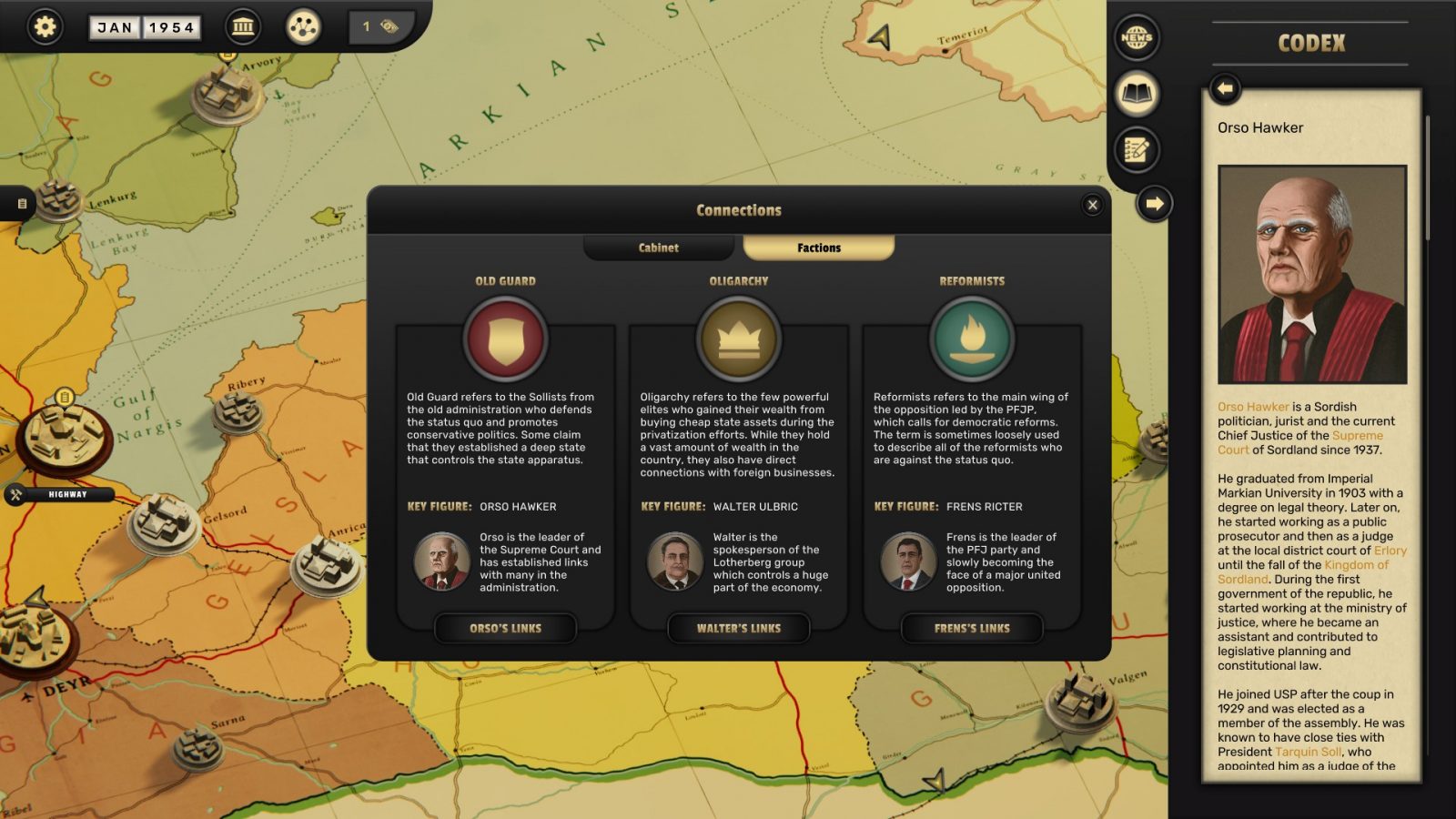 Each character introduced throughout the story also has a distinct personality, and it’s incredibly accomplished considering there is no voice acting used whatsoever. Lucian, my trusty campaign strategist, is always right on time and generally knows the pulse of the people. Petr, my best friend and vice president, is a bit of a knucklehead but has a handle on making deals. There are many other members of cabinet, political parties, and even the leadership of other countries we could get into here, but the lowdown is simple. Every person feels like they have a personal connection with you, and even though that’s what the game is supposed to do, it does it so well you sink into the immersion of the in-game world.

One of the greatest things about Suzerain has to lie in its replayability. Many games have options to interact with them, but this game is loaded with different choices and consequences. I tried to focus on the free market and improving government healthcare in my time in office, but if I wanted to go back, I could decide communism was the answer. I could focus on bribing everyone I met and be a chauvinistic pig as well, it really all boils down to what I might think to try at the time, and the game would change completely depending on those choices. Given you can finish Suzerain in about 6-7 hours, the ability to play it differently can take that and triple your playtime. We all like to feel like we’re making good on our investments, and when it comes to playing Suzerain over and over again, you’ll be coming out ahead.

Suzerain is unlike most things you can play that’s out right now. The choose your own adventure stylings are fascinating, with rabbit trail upon rabbit trail to investigate. Because of this, you’ll be able to play it again and again, and because they do such a great job with the setting and people you’re going to want to. While some sections can be long in tooth, they only make me appreciate what Suzerain is doing, creating a riveting narrative of what it’s like to be President.

David Burdette is a gamer/writer/content creator from TN and Lead Editor for Gaming Trend. He loves Playstation, Star Wars, Marvel, and many other fandoms. He also plays way too much Call Of Duty. You can chat with him on Twitter @SplitEnd89.
Related Articles: Suzerain
Share
Tweet
Share
Submit