Today, Dronami announced that its intense boxing game Billion Beat will head to PC via Steam on January 6. The game features an irreverent style with some difficult but easy-to-grasp gameplay mechanics.

Inspired by the classic Super Punch-Out!!, in Billion Beat you’ll have to fight through a gauntlet of boss fights with multiple bizarre forms such as the final one –a large alien penis-man that can ejaculate on the player.The game is chock-full of raunchy, irreverent humor and a unique style reminiscent of 90’s cartoons like Ren & Stimpy or Teenage Mutant Ninja Turtles. It’s also got a hard-hitting soundtrack with Hip Hop and House bangers.

Execute techniques with perfect timing to unleash powered-up attacks as you upgrade your fists, seek advice from your Mascoach, and buy and use Dranx to make fights more manageable. The gameplay is easy to pick up yet difficult to master. 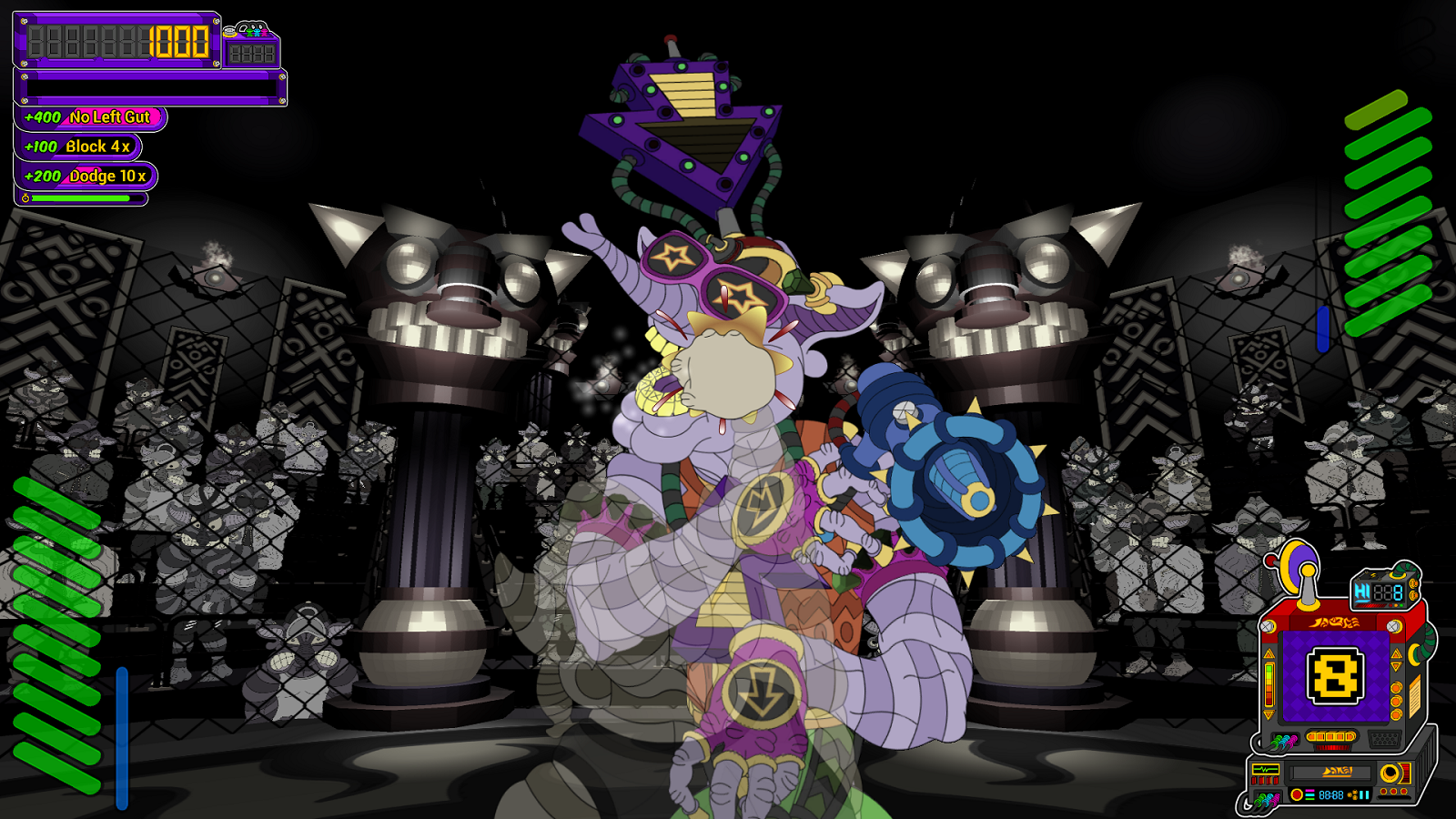 Billion Beat will be launched in Early Access. While in the current version you can play with one character only, the full game will contain two additional characters with unique fighting styles. The final version will also contain Tronix, cyborg parts that can power-up the player, as well as the unique Story Beatz feature that allows the player to learn opponents’ backstories by punching them in the face.