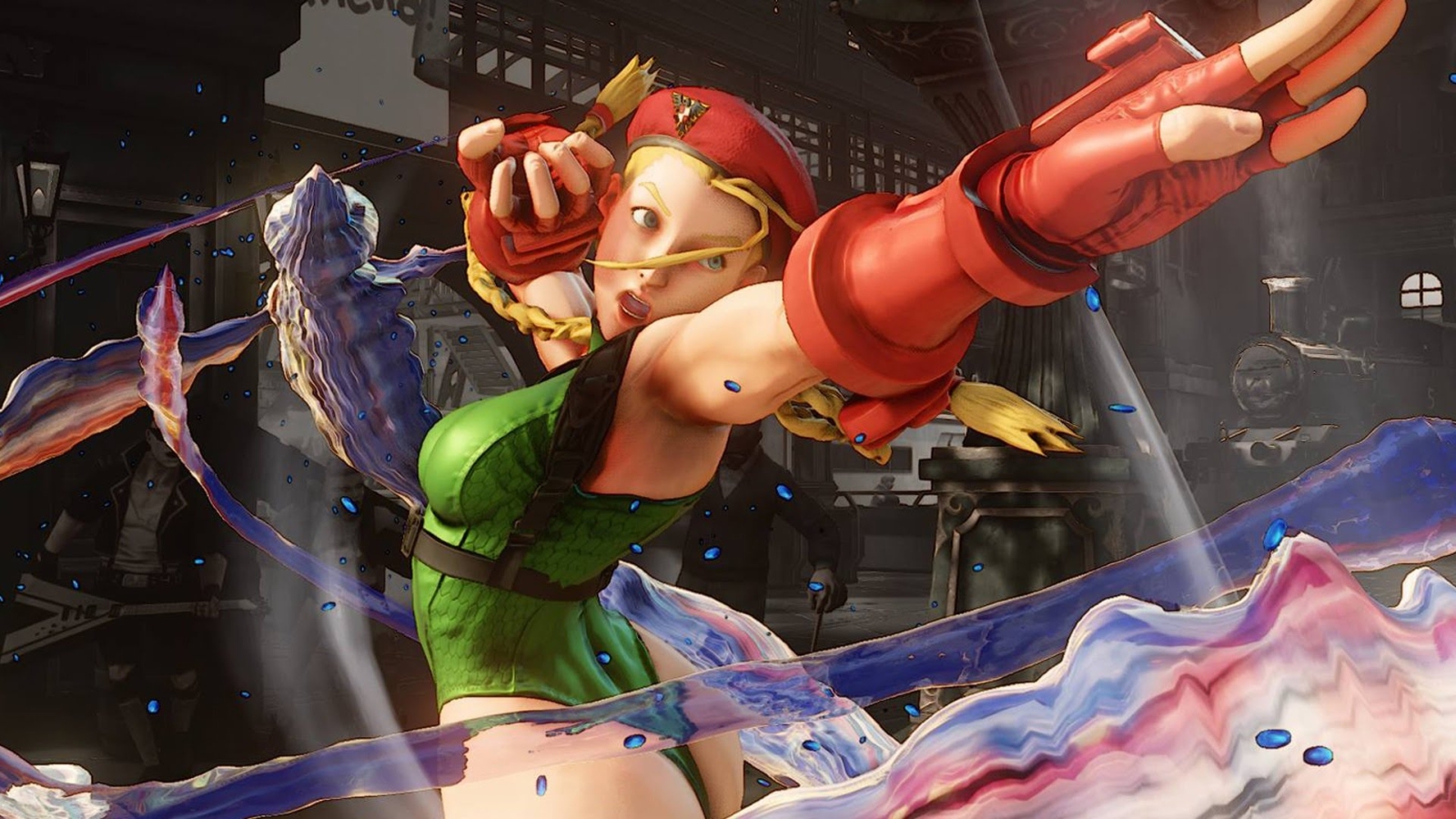 Wait, what year is it? Street Fighter V launched on February 16th of 2016, but here we are in January of 2018 and it’s time to take a look at Street Fighter V once again. Now given the subtitle Street Fighter V Arcade Edition, could this version shore up the admittedly thin launch (we gave it a 75% in our review) of the original game?

Unlike the initial release, Capcom went all out for this new Arcade Edition, and it’s clear that they’ve taken fan feedback to heart to ensure that returning fans, as well as first time battlers, have a great many reasons to come back to Street Fighter V.

Arcade mode lets you tackle some blasts from the past.

The list of new features in this version of the game is massive. In addition to a wildly expanded roster of fighters, each fighter now has a full story mode, complete with branching paths and stylized illustratrated endings — over 200 in all, in fact. This new mode, titularly-titled Arcade Mode, offers up 28 faces from past games, spanning each major game of the series. The 200 endings require that players fulfil certain conditions to unlock them, ranging from simply completing the game all the way through having to score a perfect on specific stages.

Arcade Mode is split into six sections, each a blast from the past. Street Fighter mode only lets you select from fighters in the original game, whereas Street Fighter 2, 3, Alpha, 4, and 5 sees the roster expand as it did in each of those respective games. In the new Gallery system lies instructions on how to unlock all of the concept art, artwork, background music, and much more. It’s a bit of fun to put Chun-Li in her cop outfit, but it made me think of the original Street Fighter movie, as well as Street Fighter: The Legend of Chun-Li, and nobody should be made to remember those two stinkers. 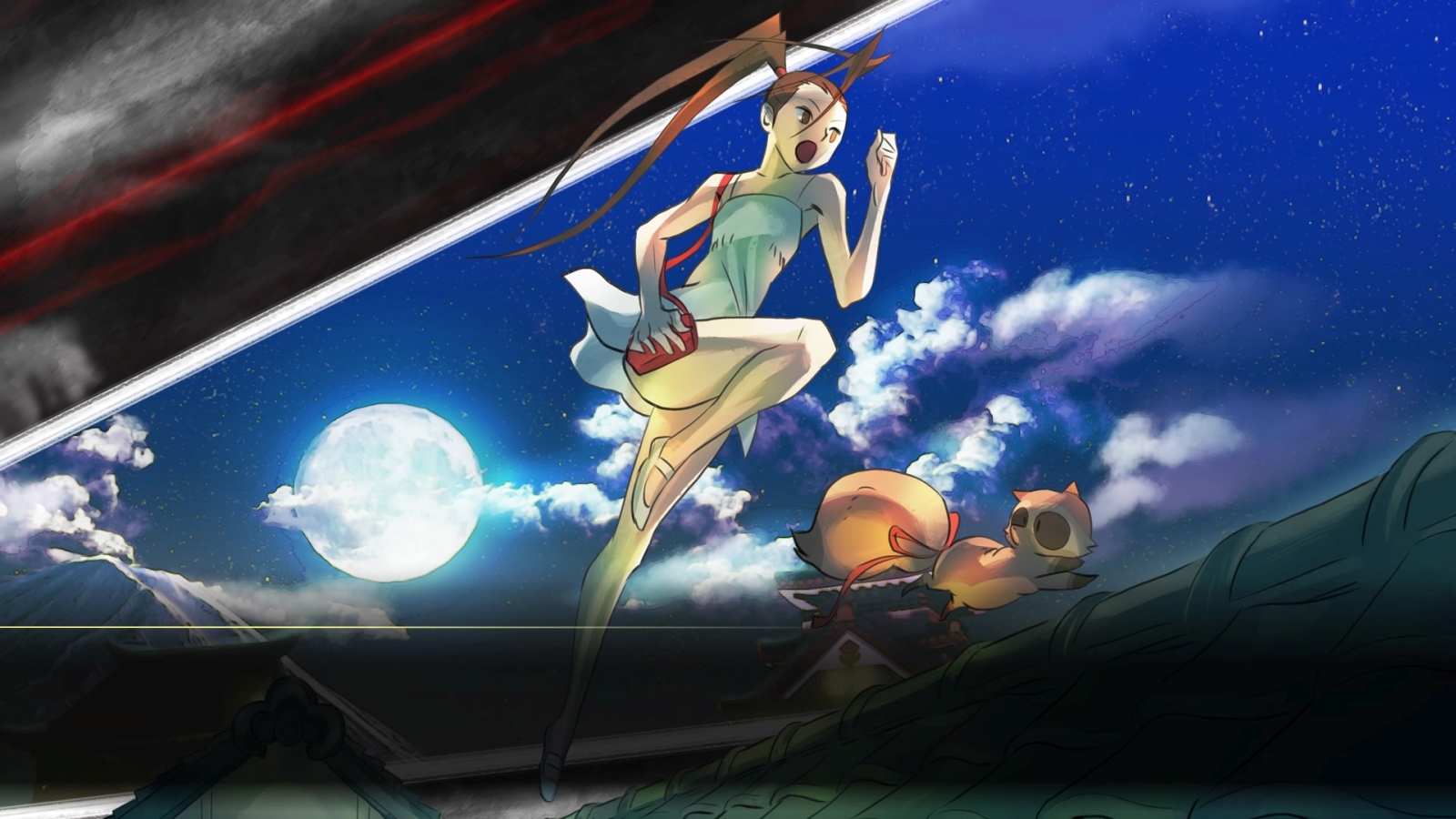 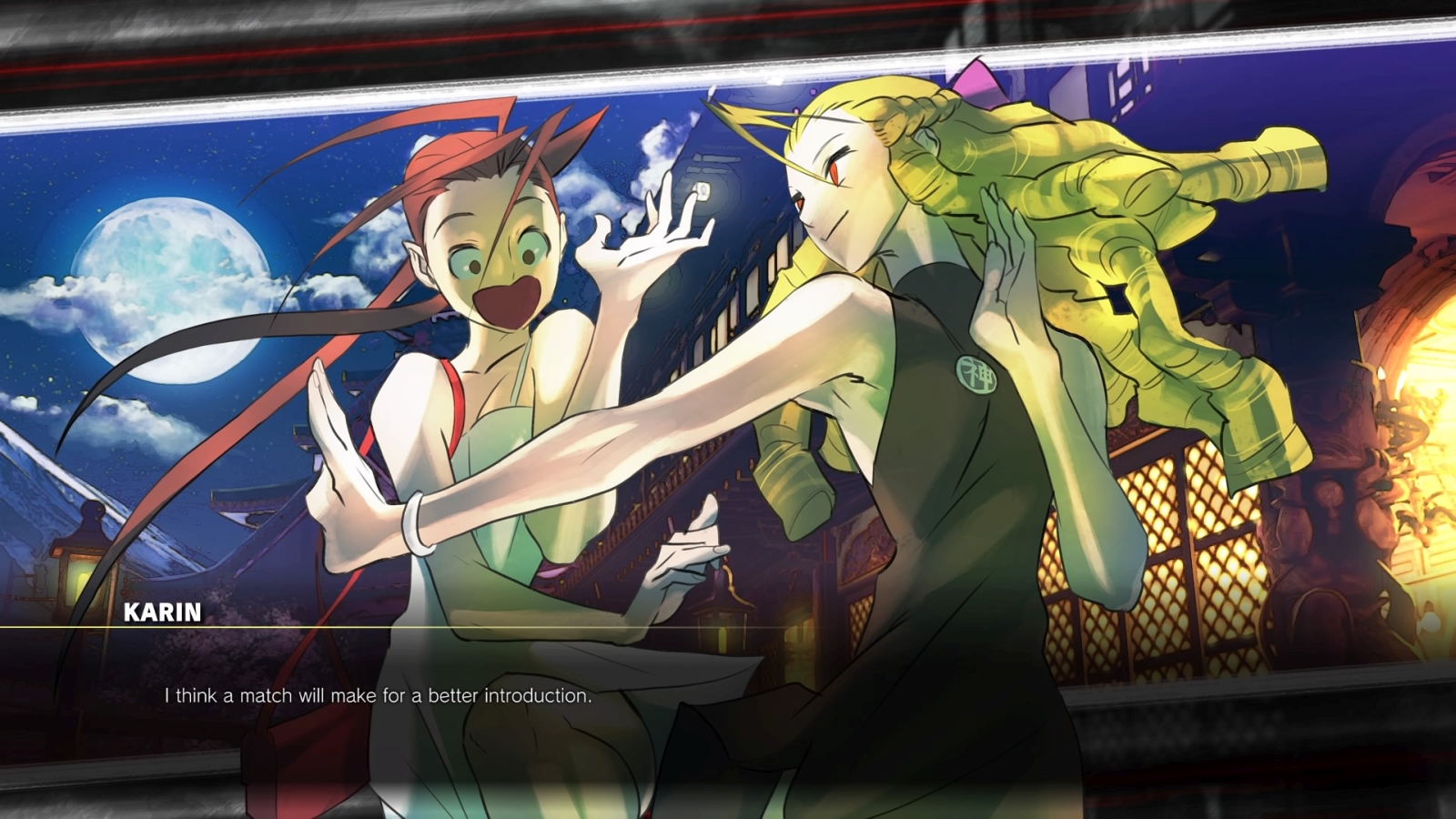 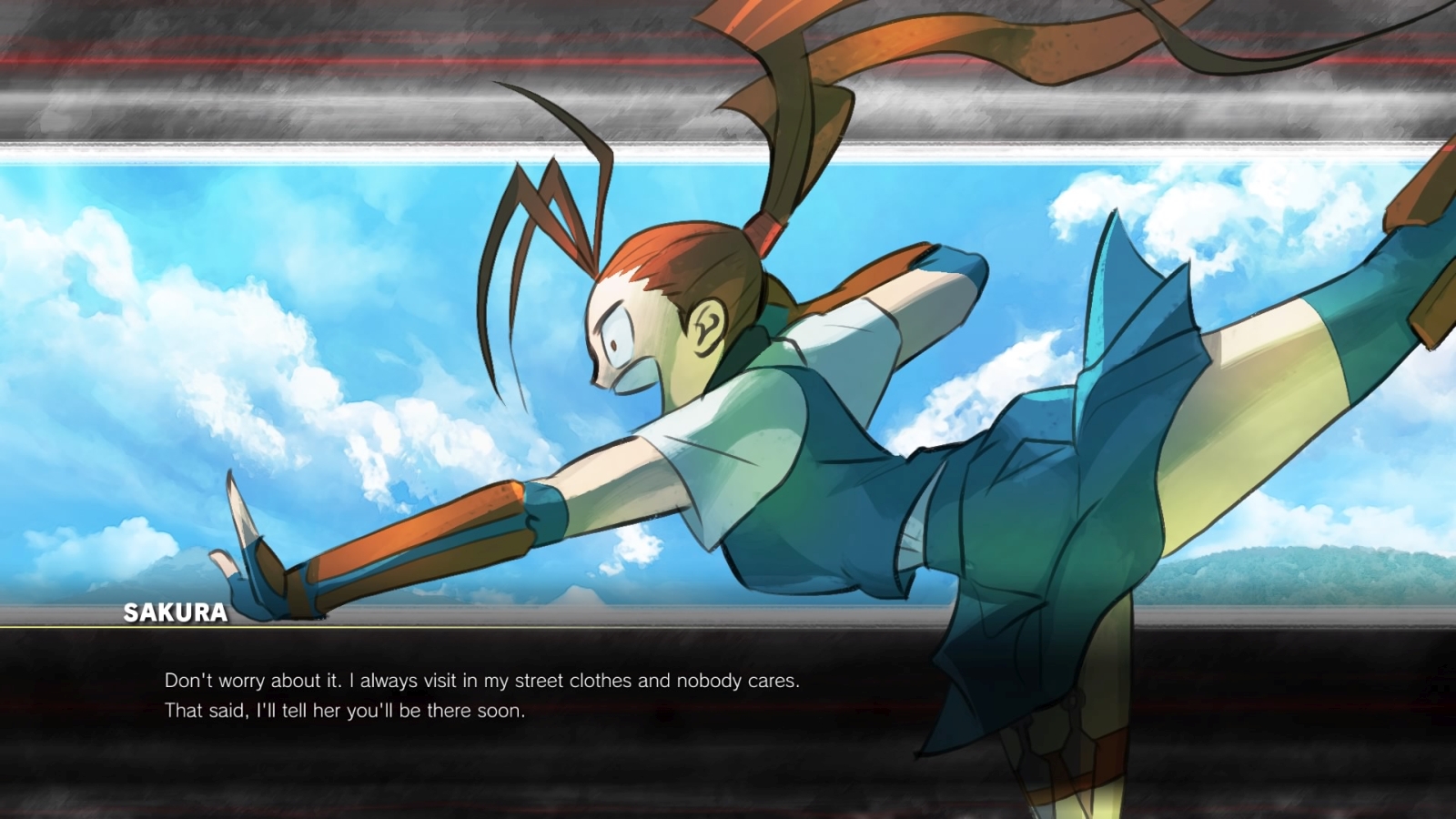 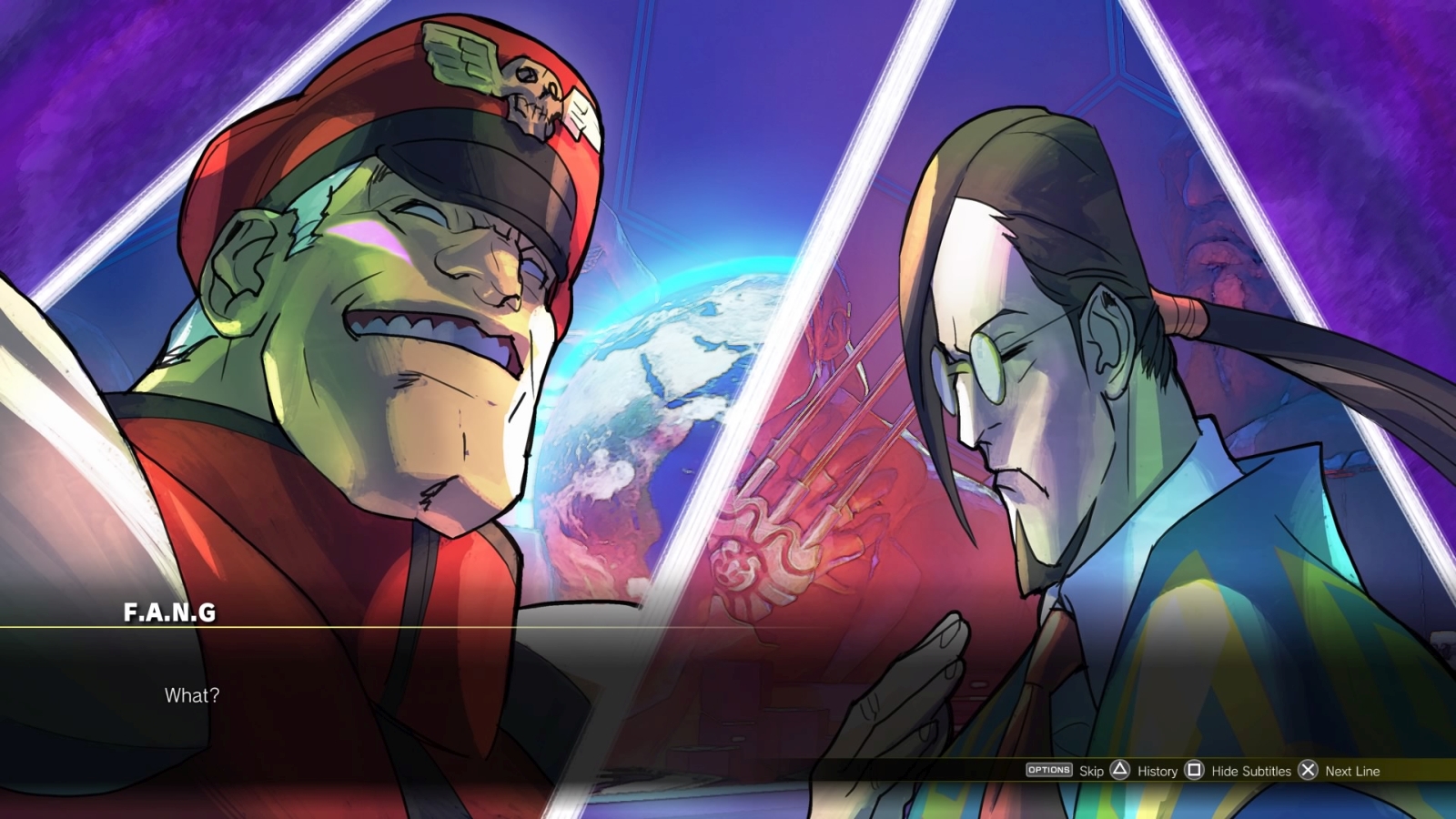 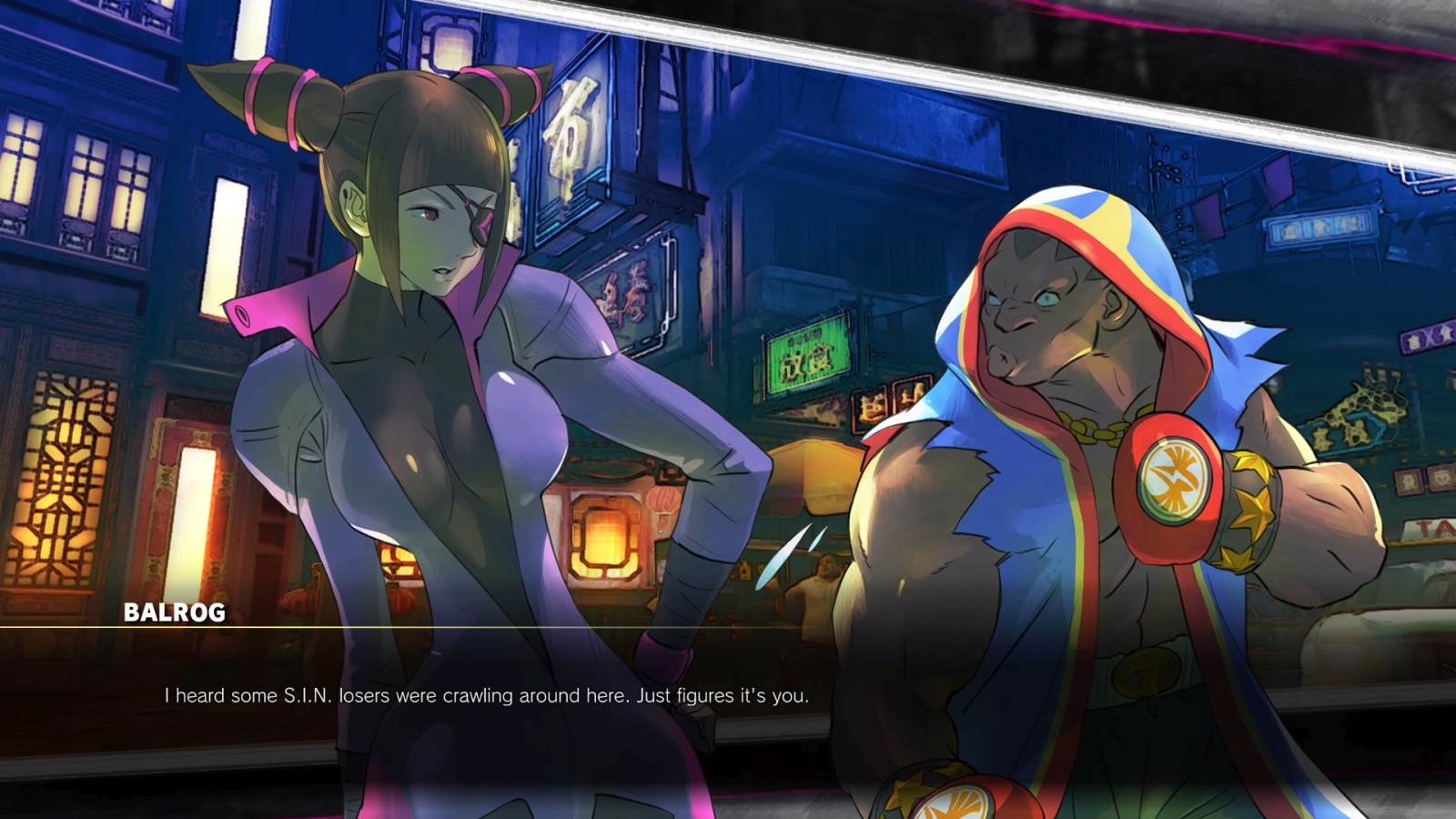 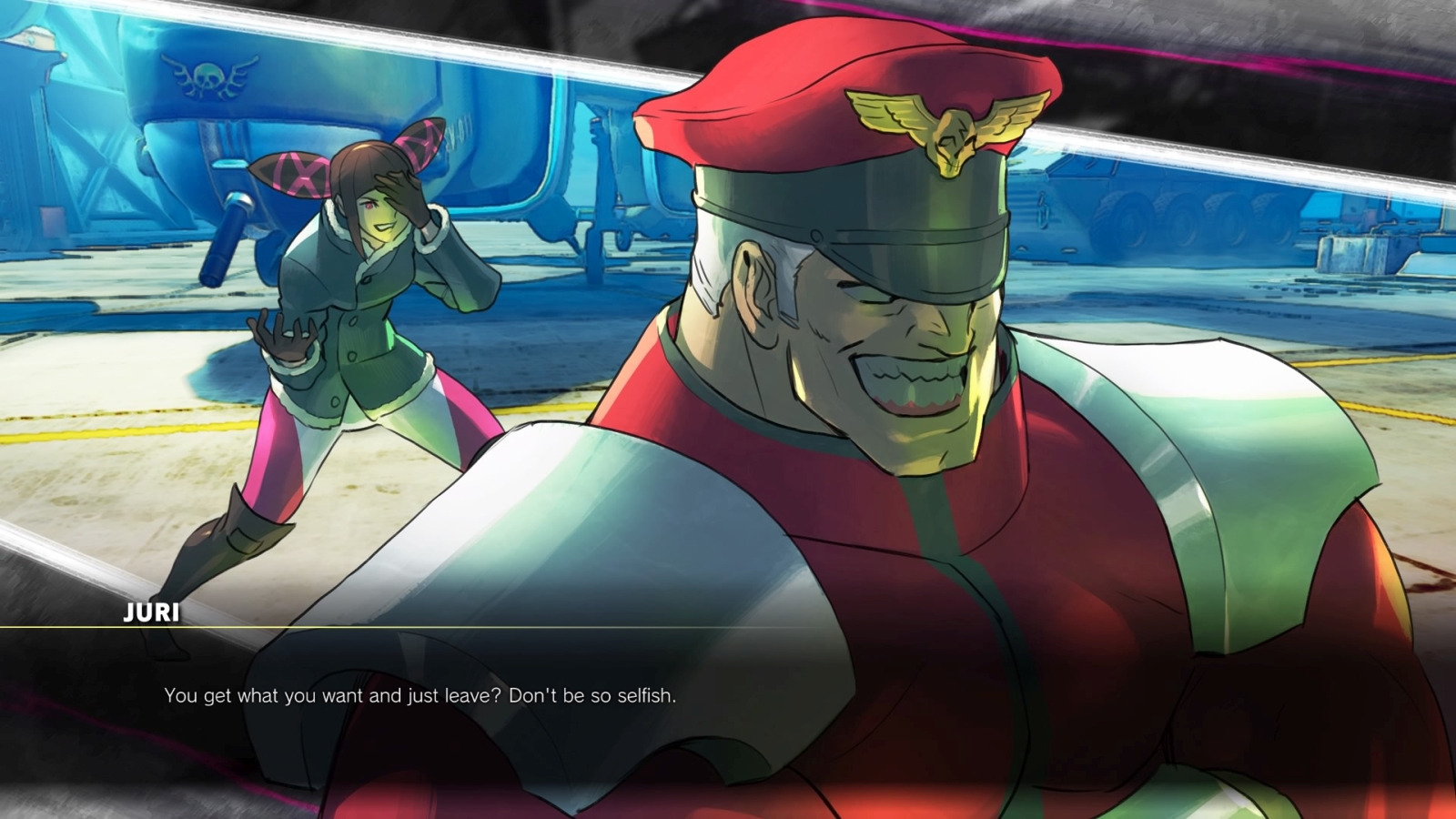 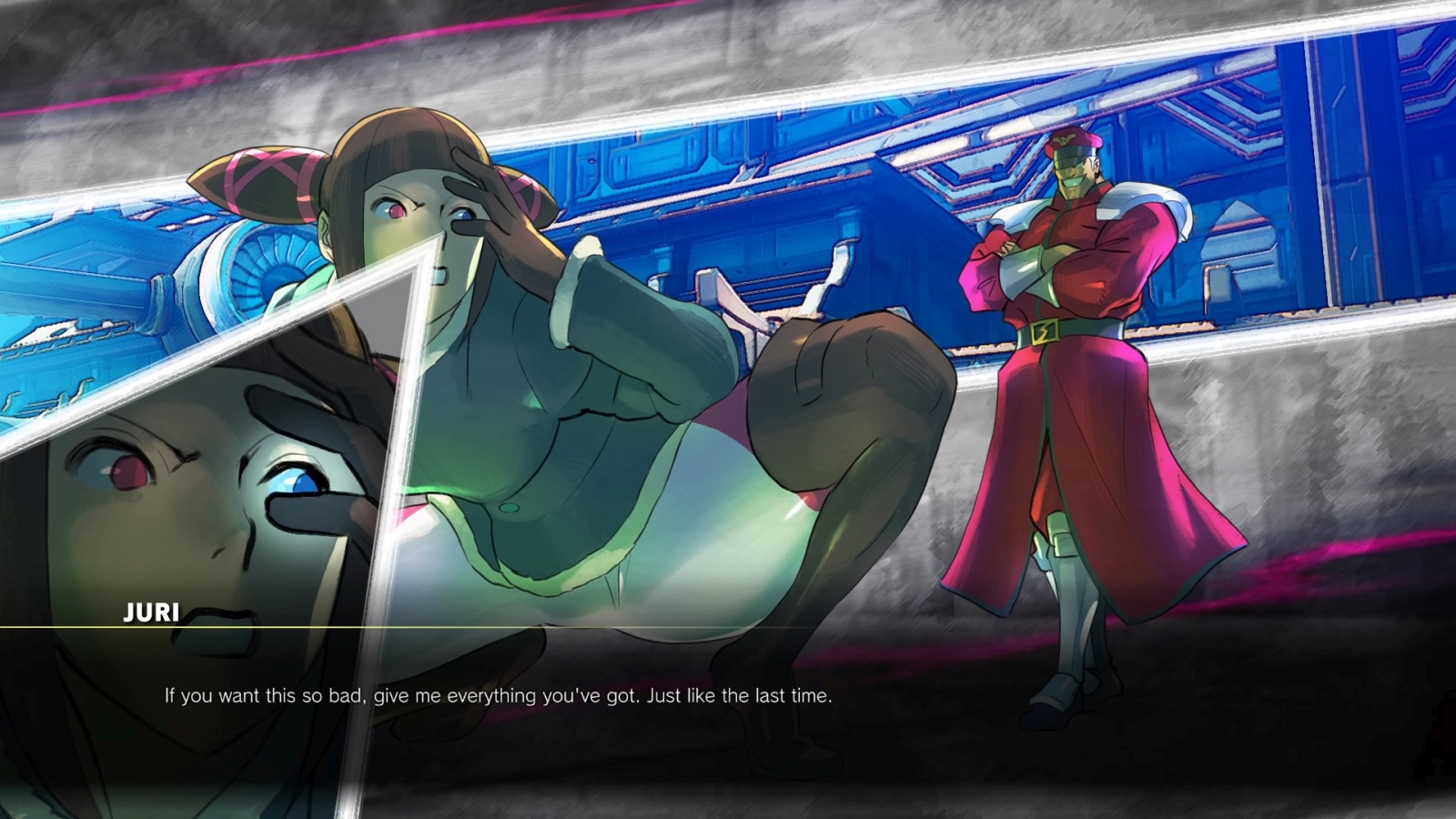 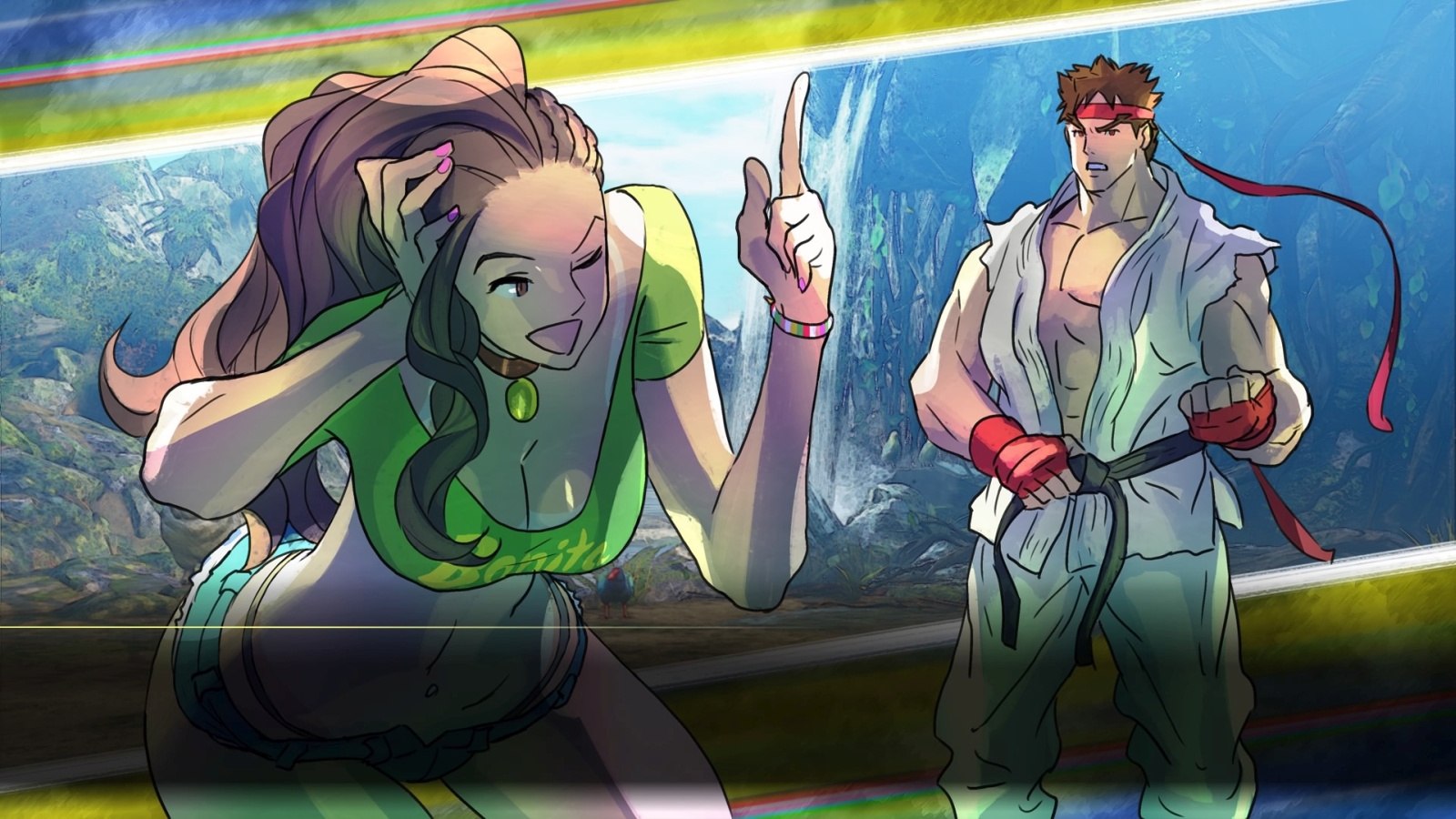 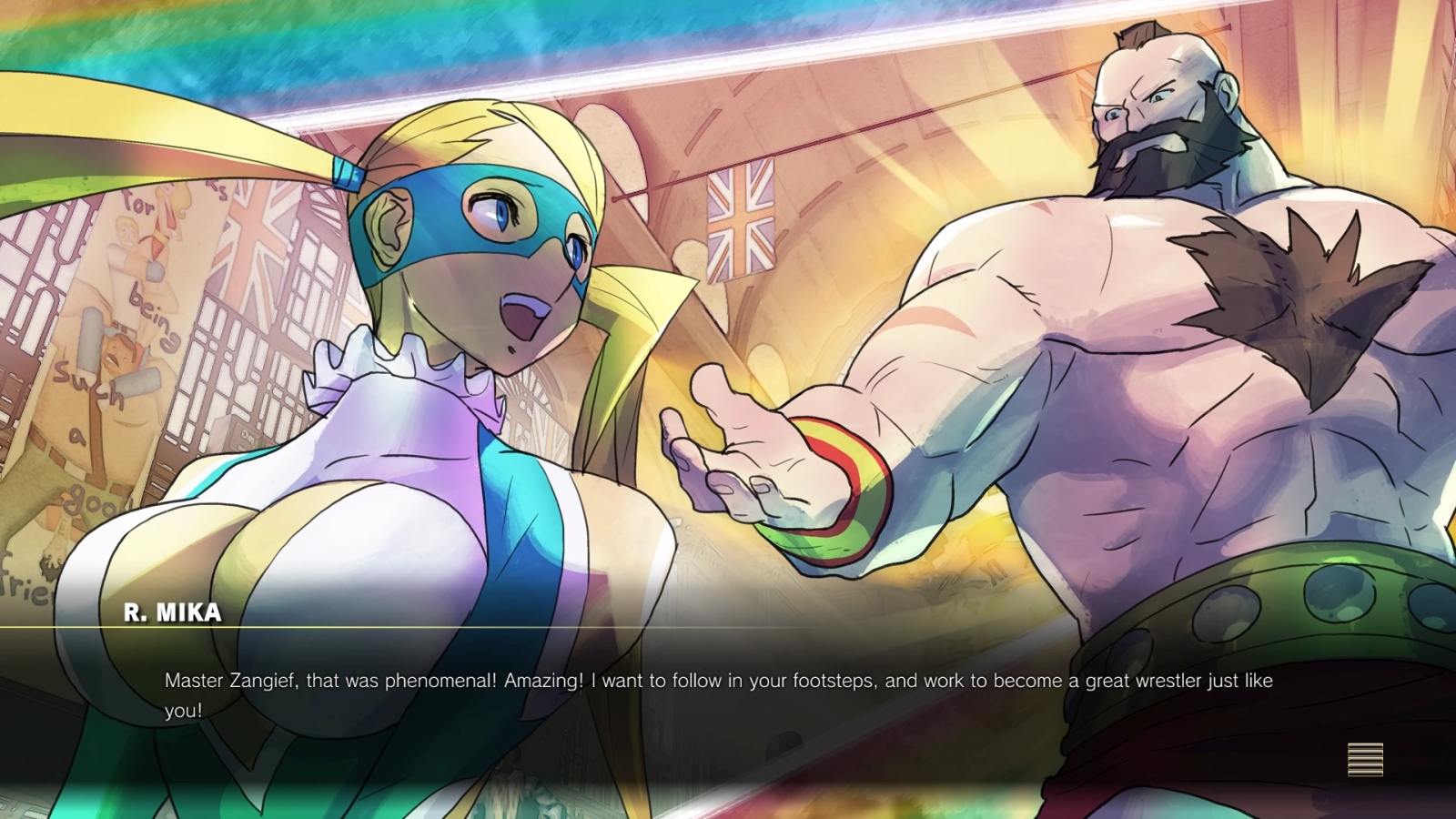 If you were a fan of Ultra Street Fighter IV, you’ll be happy to see the return of Team Battle Mode (or Elimination, as it was known then). This mode lets players set up a team to fight against the AI team, or that of another player. Before you groan as you recall Street Fighter x Tekken’s underwhelming Tag Team mode, rest easy — this is more of a traditional bracketed tournament. Once a fighter is downed, the next one in the team takes their place, until an entire group is defeated. Capcom provides a ton of customization, and with up to five characters on each side, you can build a powerful and complimentary army of fighters.

The final new mode is called Extra Battle. This mode lets you square off against the fighters encountered in the Shadow Falls campaign mode released in late 2016 to pick up premium costumes and fight cash. There are two difficulty levels, Normal and Extra, yielding $30,000 and $50,000 in fight money, respectively.

If your Street Fighter pedigree goes back far enough that you remember kicking cars into submission, then you’ll appreciate the new Bonus Mode. Your character will try to break 20 barrels as they fall from above, with a little help from classic Final Fight foe “Two P”. I whipped up on those barrels, but I couldn’t get Two P to bust into tears. It’s a fun throwback, and a welcome one at that.

Regarding fight money, if you are getting a loot box-shaped image in your mind, you aren’t far off: The in-game economy feels pretty grindy. Playing online can be an exercise in frustration resulting in very small Fight Money returns. While the cash for completing the story goes a long way, for those who want to collect all the things, it does feel like a not-so-subtle nudge to press players to reach for their wallet instead of their controller. That said, it’s nice that you can now preview new outfits before you shell out money, in-game or real. To say that Capcom is selling everything that isn’t bolted down is an understatement — maps, title tags, BGM, characters, stages, outfits, and colors are all on offer. Sure, all of its optional, but it can be a bit of a grind for a collector. 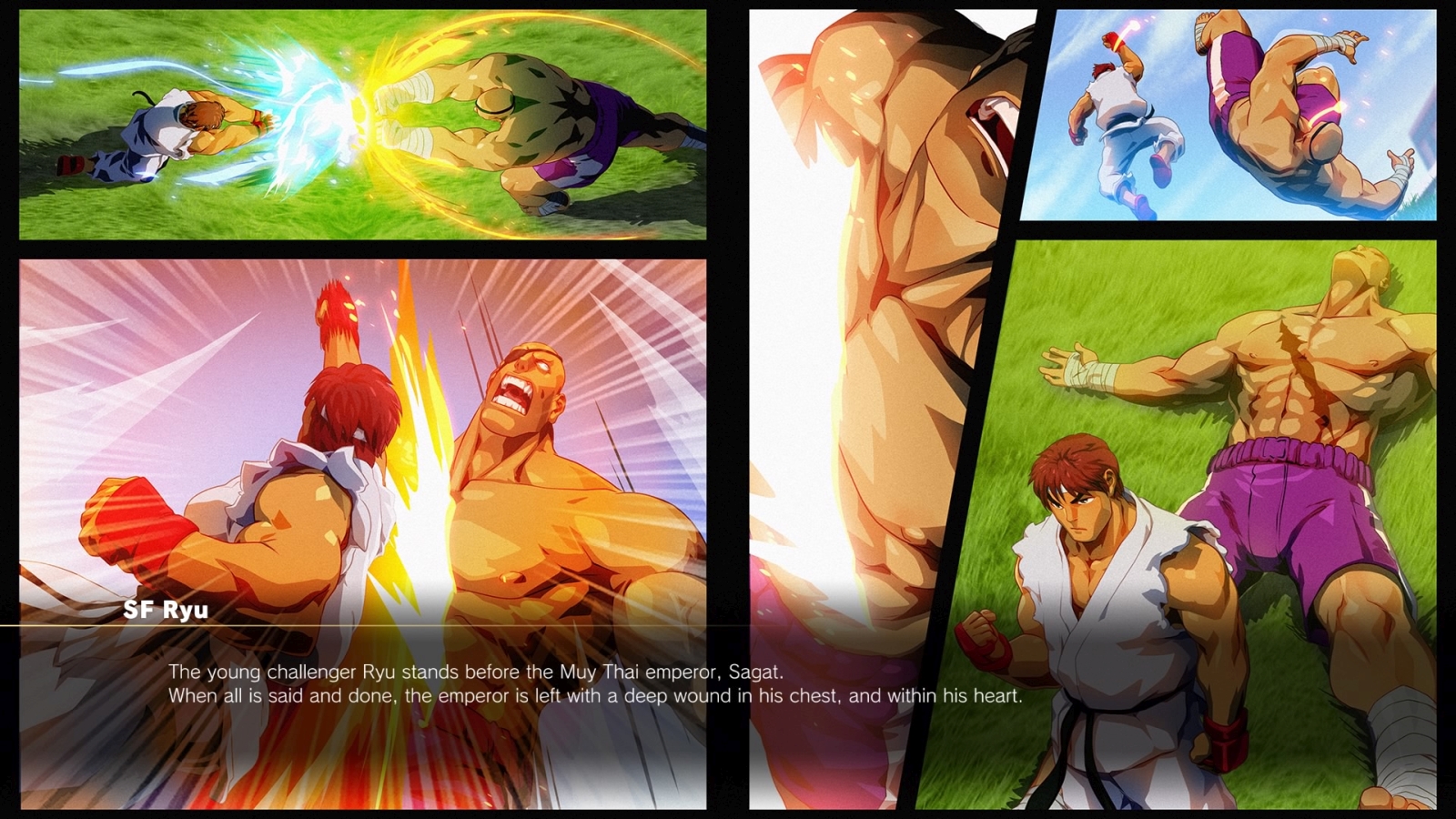 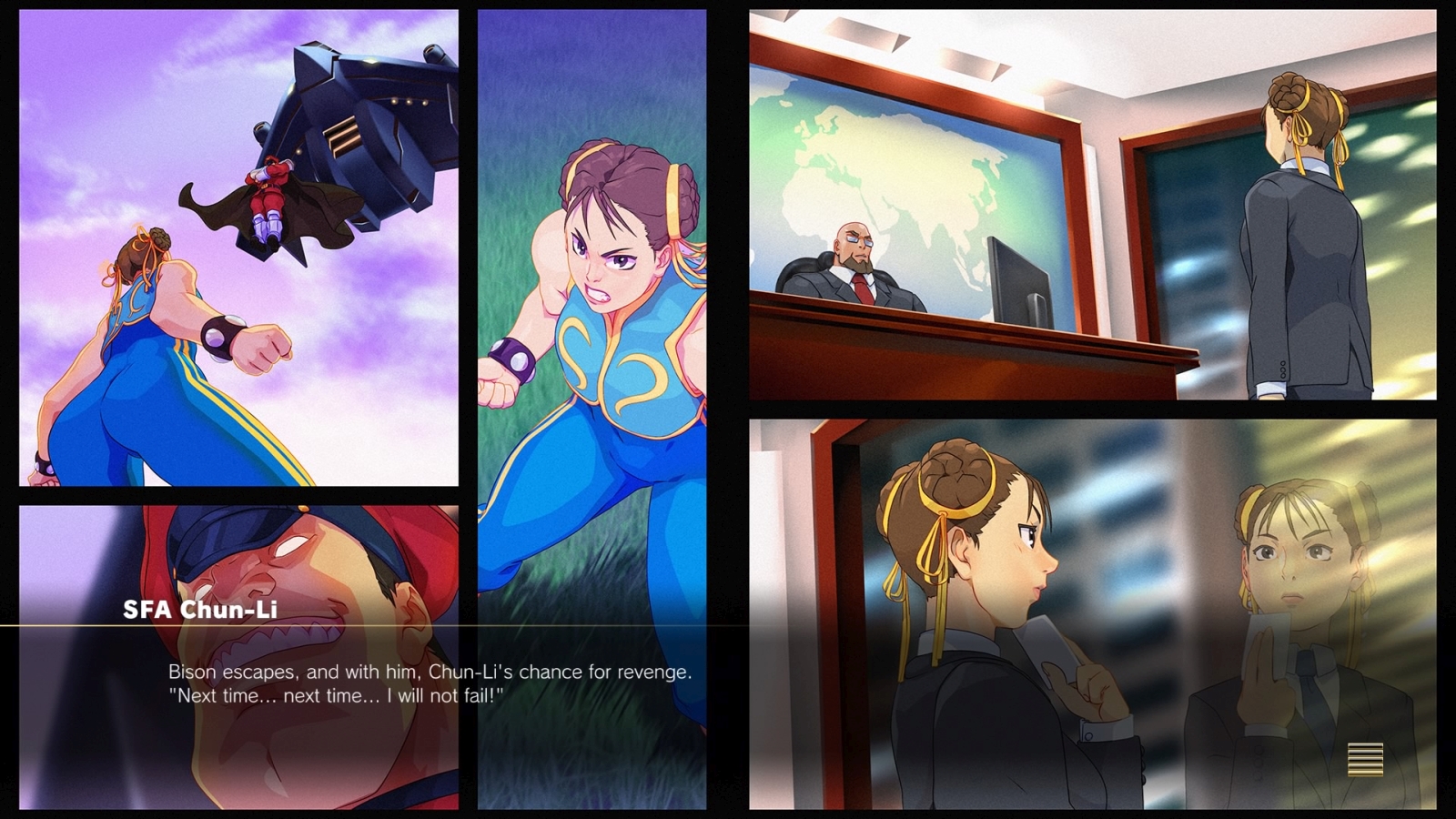 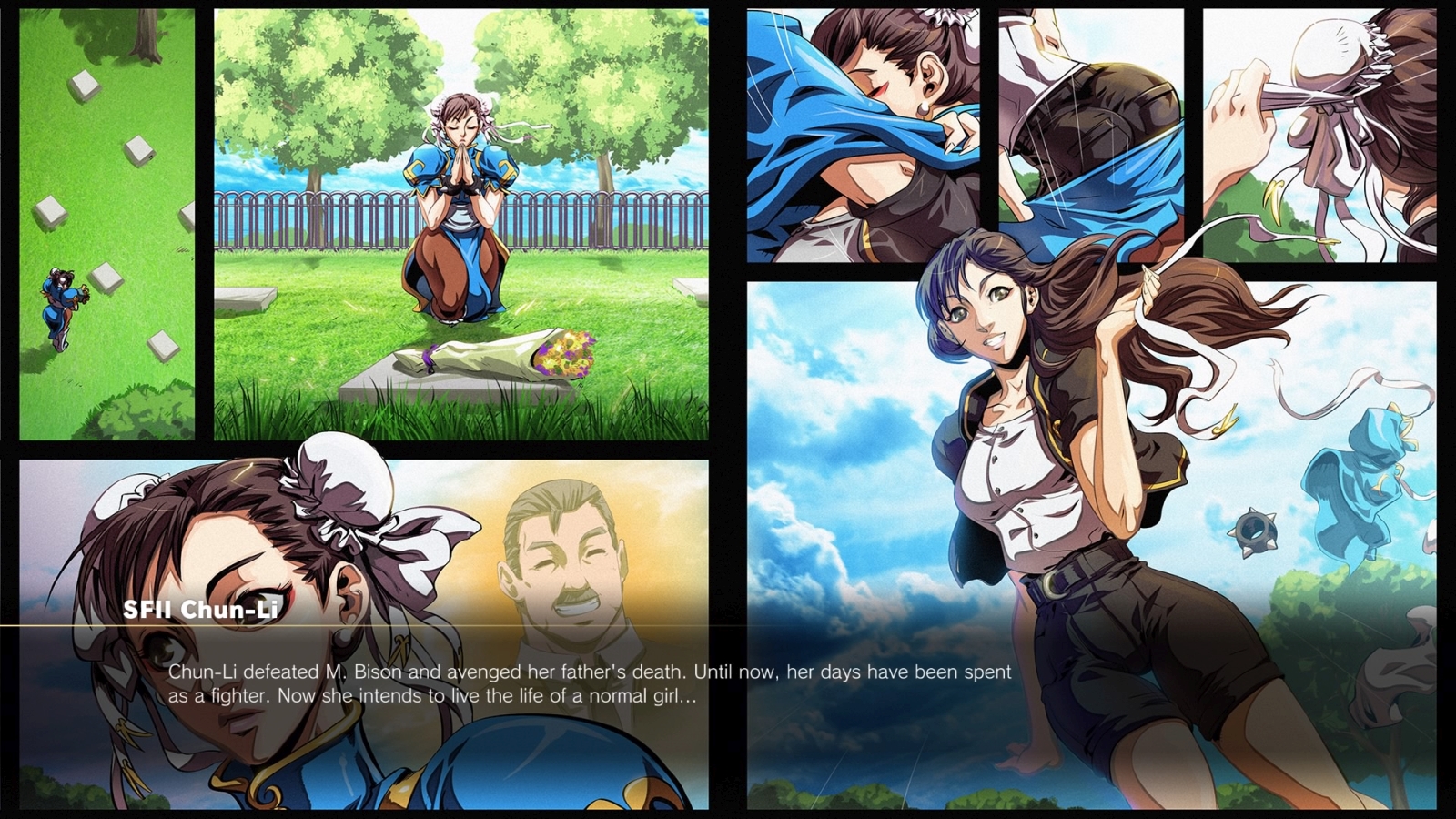 The Arcade Edition of Street Fighter V is a great time to jump in, especially if you missed it the first time around. In addition to new modes and a story mode baked right in, you’ll also get the sixteen fighters that shipped with the original, as well as a dozen new fighters from Season 1 and 2. Familiar faces like Alex, Ibuki, and Balrog from Season 1 are joined by fan favorites like Akuma, Ed, and Zeku from Season 2. Season 3 (another separate purchase) will bring some long anticipated fighters with Sakura, Blanka, Falke, Cody, G, and Sagat all on the announced roster.

Beyond characters, there’s a ton of new costumes for your fighters, and you’ll need Fight Money to get those. Previously, you could earn this in-game cash by completing Survival and Trial modes, but now you can rack up cash by completing the free story add-on (earning a cool $200k), or simply leveling up your characters. Each time you complete a fight, you’ll nab an extra few grand, an occasional outfit, and more. Costumes cost $40,000, so you’ll need to put some time in to unlock those alternate looks. Extra Battle Mode is a monthly challenge that offers “Crossover Costumes” from Capcom’s other properties. Each attempt at these challenges costs you $2500 of your Fight Money, with four challenges needed to unlock these fresh looks for your fighters, for a total of $10k if you pull it off on your first attempt. Captain Commando (that’s reaching back a bit!), Viewtiful Joe, and Monster Hunter World are already on tap, with more coming in February. Here’s a look at Rashad as Viewtiful Joe.

If you put Street Fighter V on ice because you felt like you’d mastered it, new V-Triggers should help mix things up. As in previous titles, you can now select from two V-Triggers just before the match starts, mixing up your fighter’s ultimate attacks. The AI uses these new V-Triggers quite effectively, as I found out in several crushing defeats at the hands of M. Bison and his infamous Psycho Crusher attack. It’s a small thing on the surface, but one that adds some unpredictability to your matches.

Another aspect that’s easy to overlook is the fresh music remix. Playing the stages from the original Street Fighter and hearing that music again brought back some awesome childhood memories. The classic Street Fighter II theme practically sucked the quarters out of my pocket. The full background music (BGM) selection engine is a fantastic addition.

Capcom is mindful that they might snub some players by re-releasing this game as an Arcade Edition, so owners of the original game get the upgrade to this new version (after a 21 GB update) for free. Naturally, you’ll have to either buy the Season 1, 2, or 3 characters with Fight Money or by buying the Season Passes ($19.99 a pop), as they aren’t included as part of the free update, though Season 1 and 2 are packed into the Arcade Edition. Unfortunately, the extra stages aren’t included either, so you’ll have to grind or pay to pick those up as well. I’ve never been a fan of charging for maps as it fractures the community, and that’s just as likely the outcome here.

If you use the free update, you’ll still have to buy the passes or unlock with fight money.

Taking my fights online, I’ve been struggling to find stable matches due to the recent attacks against the PlayStation Network. I’ve even delayed this review to try to get more fight time online. That said, during times when the system wasn’t under assault, I found that the lag I encountered during the original launch has been thankfully rectified completely. Better still, so has the awkward-staring load screens, which are significantly faster, even on a stock PS4.

If you felt like the previous iteration of Street Fighter V felt a little anemic, this one is easily an embarrassment of riches. With more new features than is reasonable to recap here, Street Fighter V Arcade Edition is everything the original game should have been, and much more.