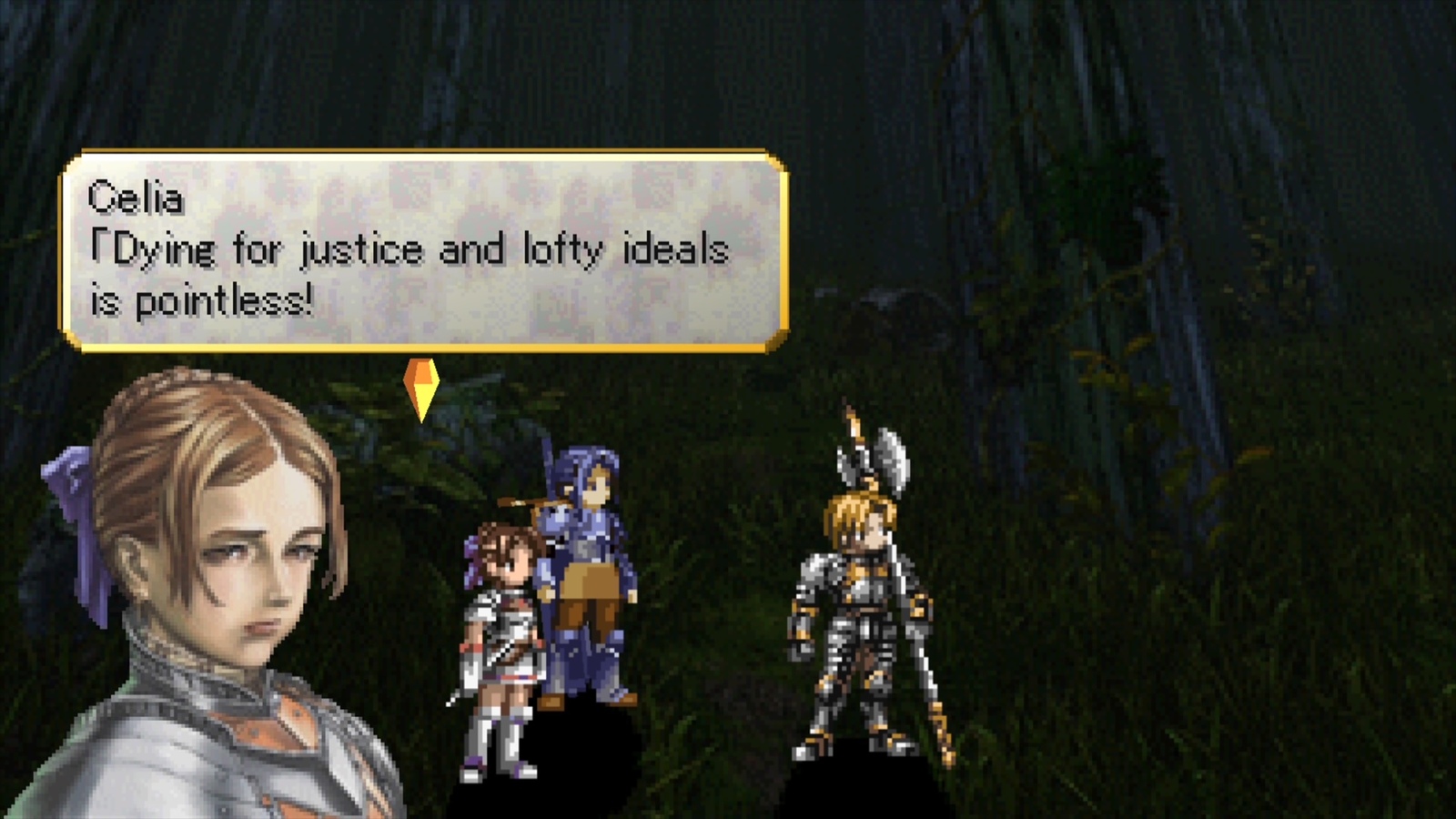 No one really knows what life has in store for them. We simply struggle and strive towards the path we believe may suit us best. Yet our true calling may not always be what we expect – life twists and turns us in all kinds of directions. In the case of Valkyrie Profile, one’s true calling may not even be in life itself. Valkyrie Profile explores the concept of that idealized path towards greatness: it separates the paths people take in life from those they take in a life after death, with the latter unlocking their true potential. This game matches that lofty ideal with fittingly vague and obtuse mechanics. In that ambiguity, however, lies Valkyrie Profile’s appeal.

Valkyrie Profile takes many familiar RPG elements and twists them into something both unusual and poignant to themes of the game. You could loosely describe the game as an action RPG, but that alone may be misleading. Yeah, you do run across dungeons while doing some platforming and trap dodging. You also battle enemies with real-time character control that functions similar to a fighting game, allowing you to create combos through proper timing and rhythm. However, these action elements tend to take a backseat to what this game is really about: building your characters into the best versions of themselves. 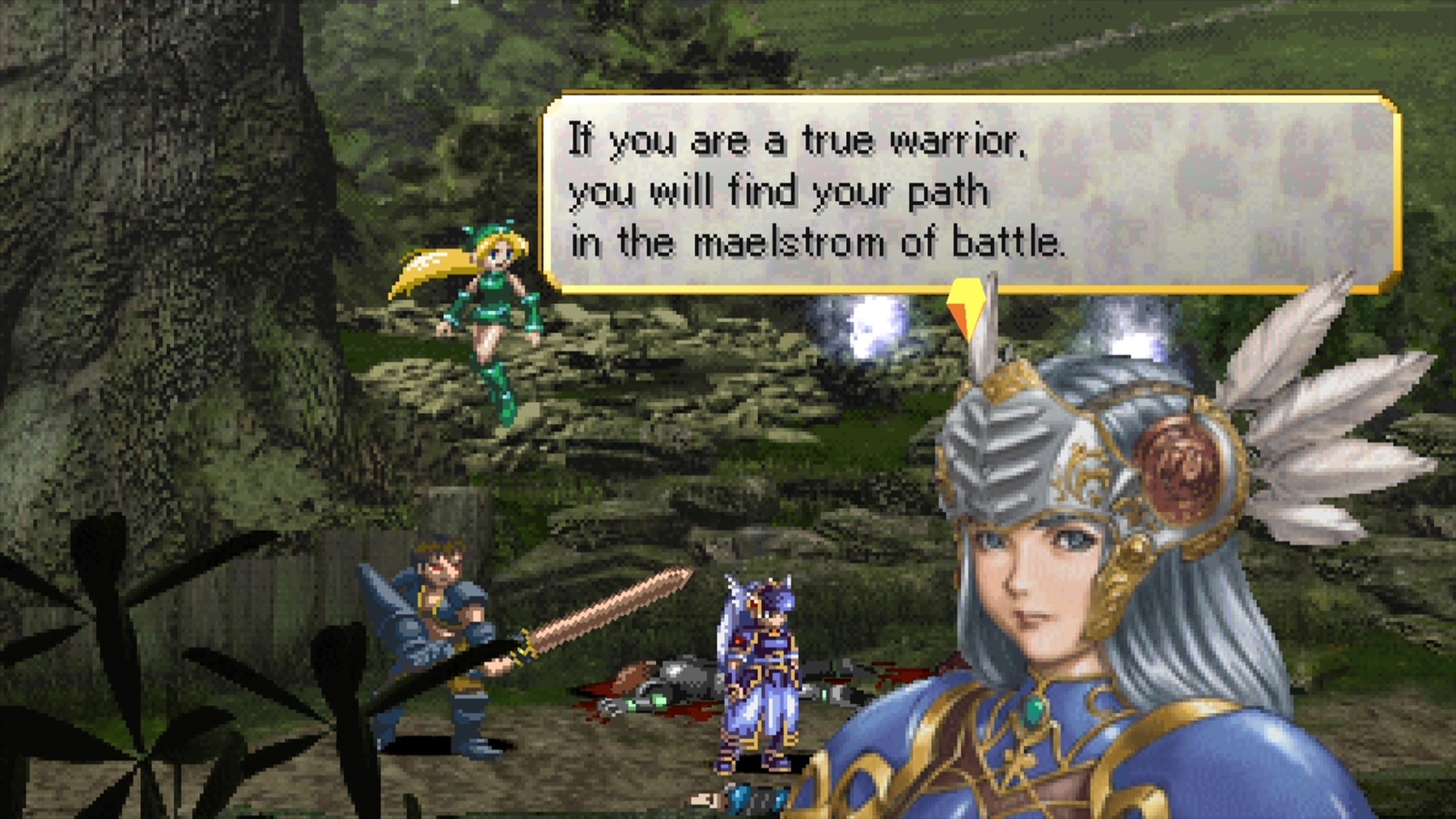 Your priorities shift into focus as the game reveals its structure. The narrative tasks you with finding warriors to fight in Ragnarok, an event that threatens to destroy both the worlds of the living and dead. The Valkyrie (named Lenneth) profiles potential warriors by sensing their souls just before they leave their mortal coil. In case you were wondering what the title of the game is supposed to mean, that’s my best guess. She then snatches their souls up to make them into her Einherjar, which according to Norse mythology roughly means they are now her new pals.

The game divides itself into eight chapters, and each chapter requests that you send a warrior up to Asgard who meets specific criteria. Basically, the game gives you a request as well as multiple potential characters to resolve it. It falls on you to determine who you should use and how you should best prepare them for their task. That concept drives how you think about the game, both mechanically and narratively. 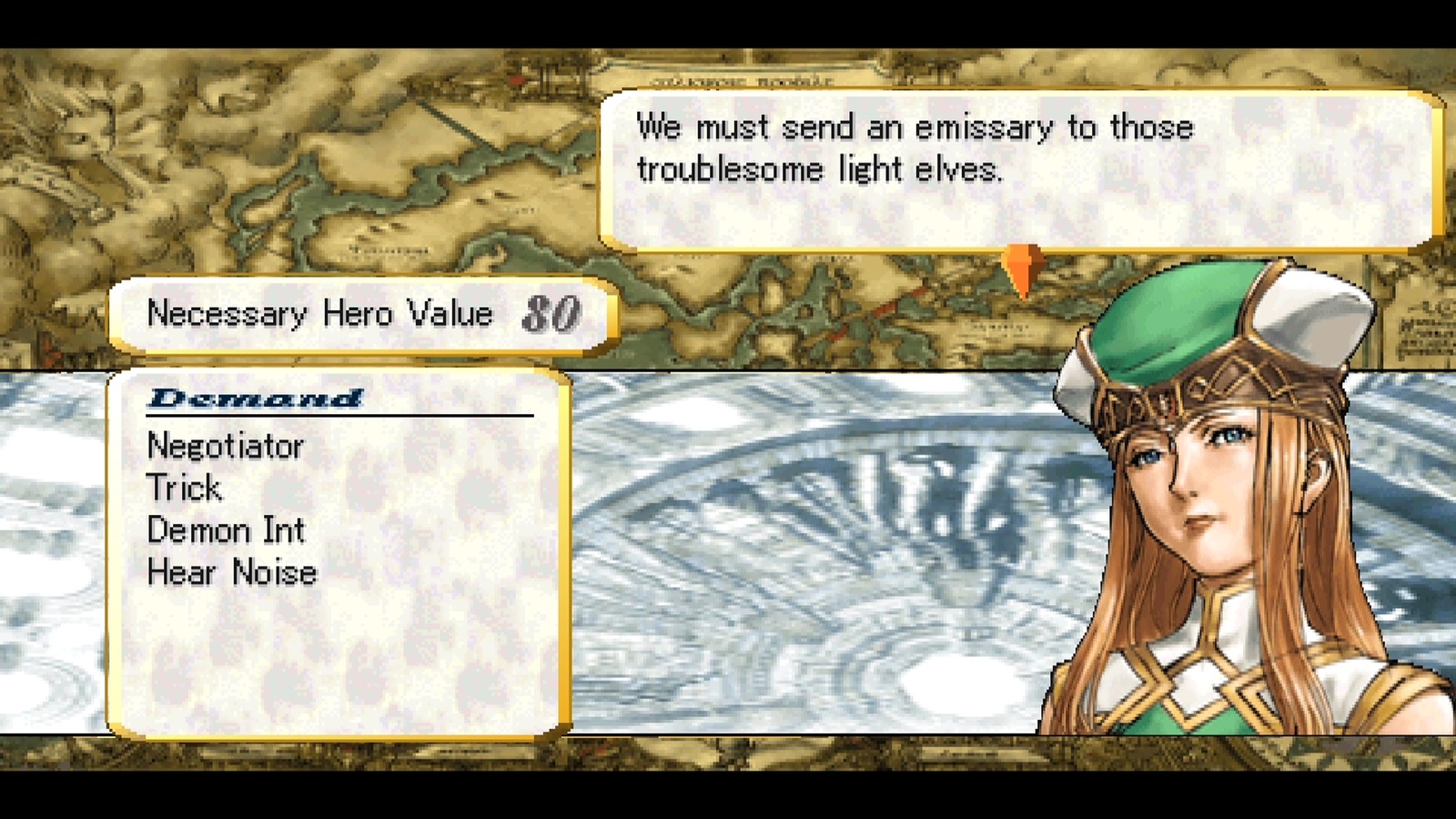 Before gaining access to a new warrior, the game presents you with story sequences leading up to their deaths. Although these sections generally lack any player interaction, they are one of the strongest aspects of the game. These small tales let the art of the game shine. The distinctly dreary backgrounds and strong character design breathes life into what would otherwise be a random assortment of party members who get little chance to show their personalities outside of battles. These sequences are usually brief, yet they function as the beating heart of the game’s themes.

These stories remind me of stage plays in their execution, which is fitting because their subject matter would be at home with any typical tragedy. It can be easy to ignore while wading through the moment-to-moment gameplay, but Valkyrie Profile leans on a rather morbid premise of recruiting dead people. Virtually every character in the game experiences horrible tragedy right up to the moment of their death. The impactful yet minimalist scene directing carries the emotional weight expertly. Despite the despair these scenarios encompass, they culminate in an ultimately hopeful constant. The Valkyrie takes them from the pains of their original lives in order to become who they were meant to be. 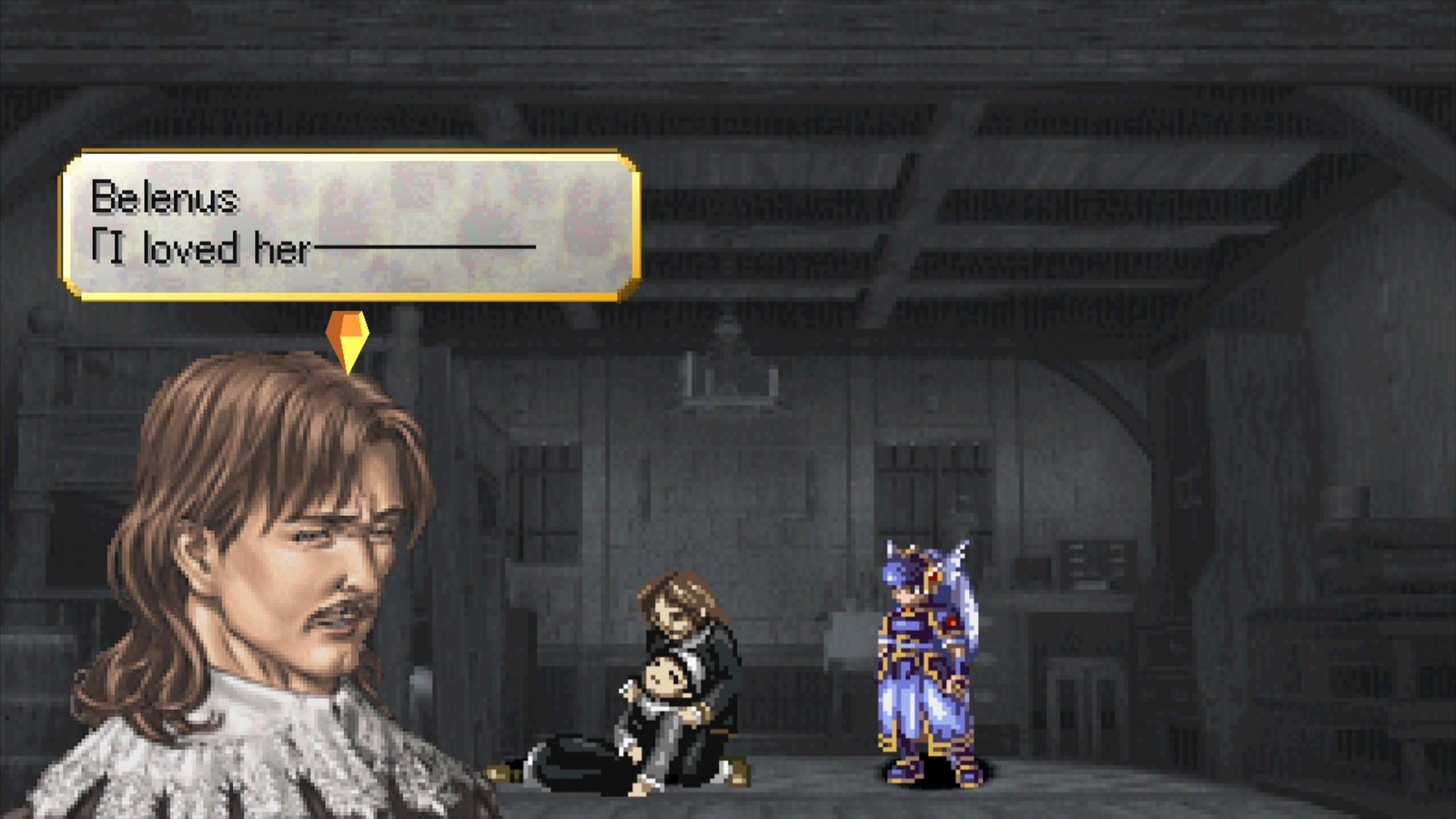 Much like in real life, however, turning someone into the best version of themselves isn’t a straightforward process. At face value, Valkyrie Profile appears to have a clear goal and structure; what makes it truly interesting is that once you start engaging with it you realize how little information you have actually been given. Odin may want warriors that meet specific criteria, but the game avoids clearly explaining how they can reach those standards. Sometimes you need special skills that can only be learned from certain items, other times you need to equip them with the right gear, and sometimes you simply need to pick the right character at the right time. You have to figure these details out on your own, or at least look up the answers online!

The game further adds pressure to your decisions by tying your actions to a timer. Every recruitment, every visit to a dungeon, and every opportunity you take to rest and heal up will move you at least one step closer to Ragnarok. Just when you think it’s bad enough that the world is ending, Valkyrie Profile raises the stakes even higher by expecting you to know what you’re doing. 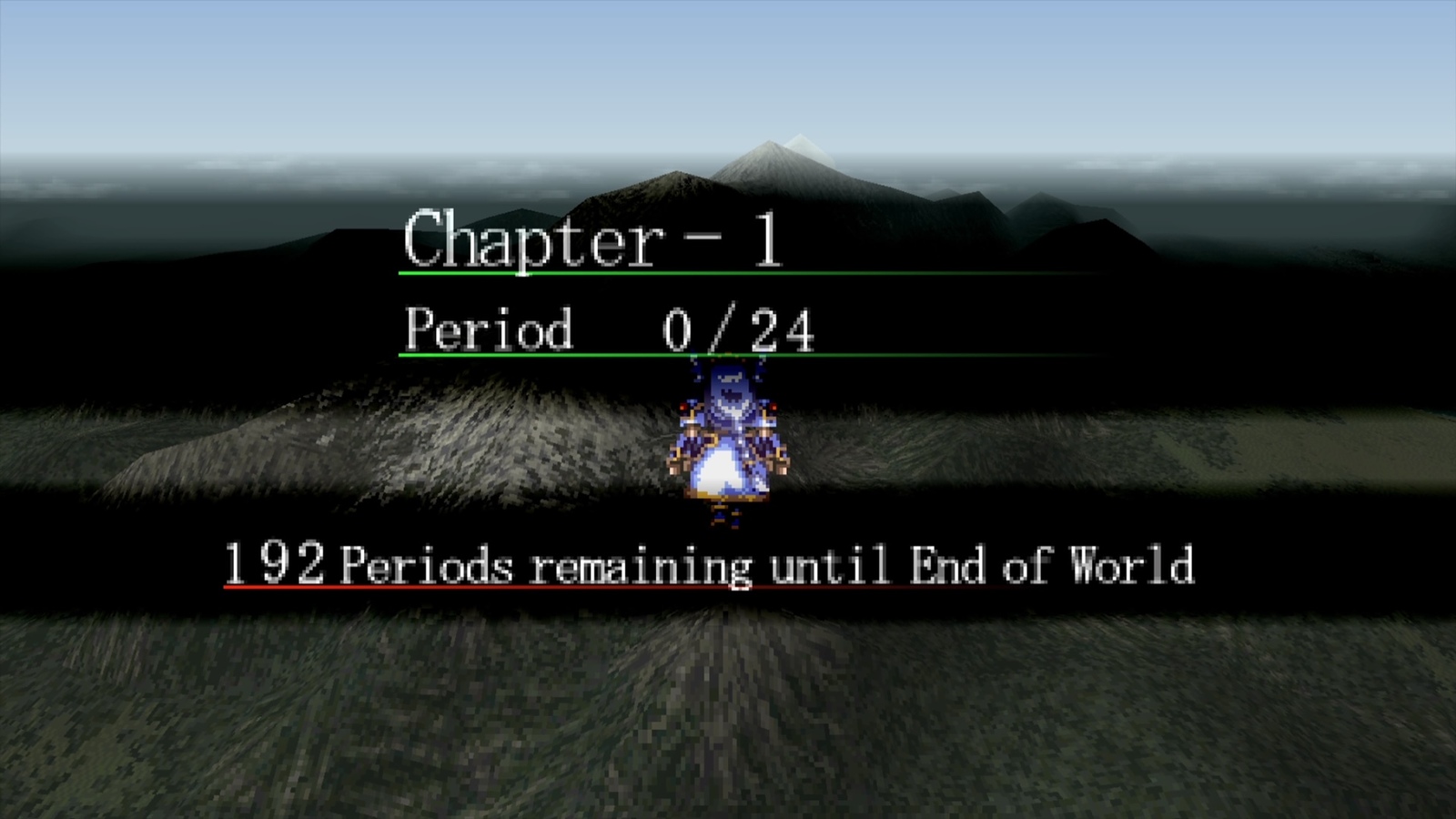 Although the timer seemingly limits you, it actually reveals an important truth: you have more freedom than you think. If you only follow your Valkyrie sense, you’ll often find you have more than double the time you actually need to complete all the tasks the game throws at you. The extra time encourages you to experiment: you can check out areas the game doesn’t force you to go, level up party members you may have ignored, or even second guess the choices you made up to that point.

You can spend an excessive amount of time in dungeons if you want to. You might end up doing that even if you don’t want to. Dungeon-crawling takes on a side-scrolling perspective akin to a platformer, which looks great visually but comes with caveats. As the dungeons grow in complexity, they get more difficult to keep track of as the paths branch into doors in front of you, behind you, and on each end of the hall. The perspective makes the dungeons feel truly maze-like to the point that even the map won’t always help – and that’s before the puzzles start to become cryptic enough where you begin to wander aimlessly out of frustration. 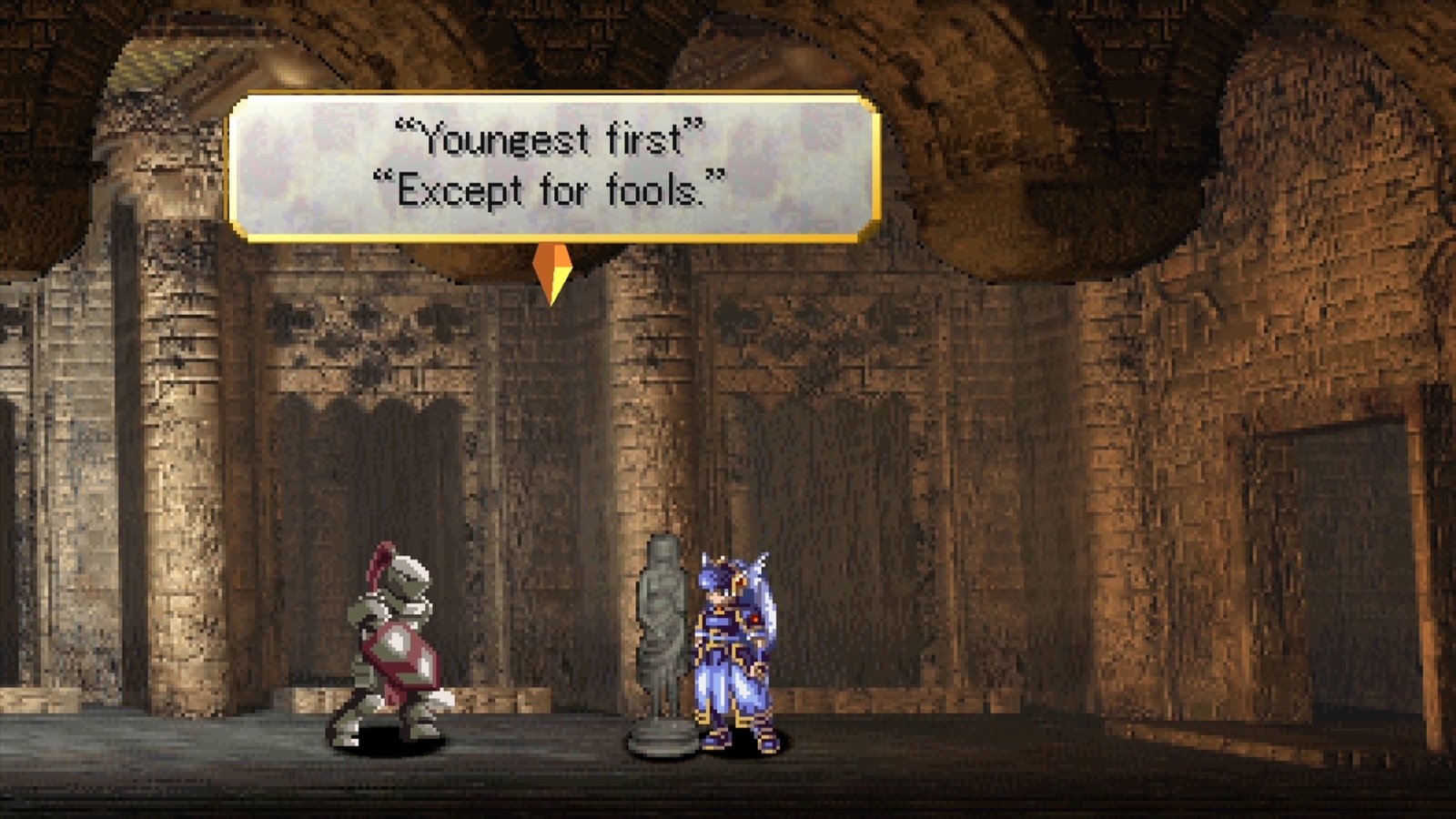 Enemies can also pose more of a problem than they first appear. As you progress through the game, the enemies gradually get more and more relentless. It’s common that you’ll enter a new area only to get wiped out by a seemingly innocuous enemy mob.

What the more obtuse dungeons and powerful enemies share in common is that they force you to stop and think. Valkyrie Profile’s combat system distinctly mixes real-time action with turn-based commands, which gives the impression that the real-time execution is the key to combat. How you time your moves can certainly make a difference, but it rarely decides the battle on its own. Virtually every time an enemy stops you in your tracks, it’s not an issue with your combo execution, it’s an issue with your strategy.

Just like how you want to tailor your characters to please Odin, it’s equally important to deck them out appropriately for battle. You have to balance your character builds between buffing their heroic traits and giving them practical battle skills. Even something as simple as changing your weapon can dramatically impact how well you do against certain enemies.

This all goes back to the simple fact that even in its most action-packed moments, what Valkyrie Profile pushes you to really focus on is the details of building your characters up. I estimate that I spent far more time fiddling in menus than any other activity in the game. There are a surprising amount of ways to customize your characters, and you have plenty of freedom to explore different ideas and strategies until you find one that works. 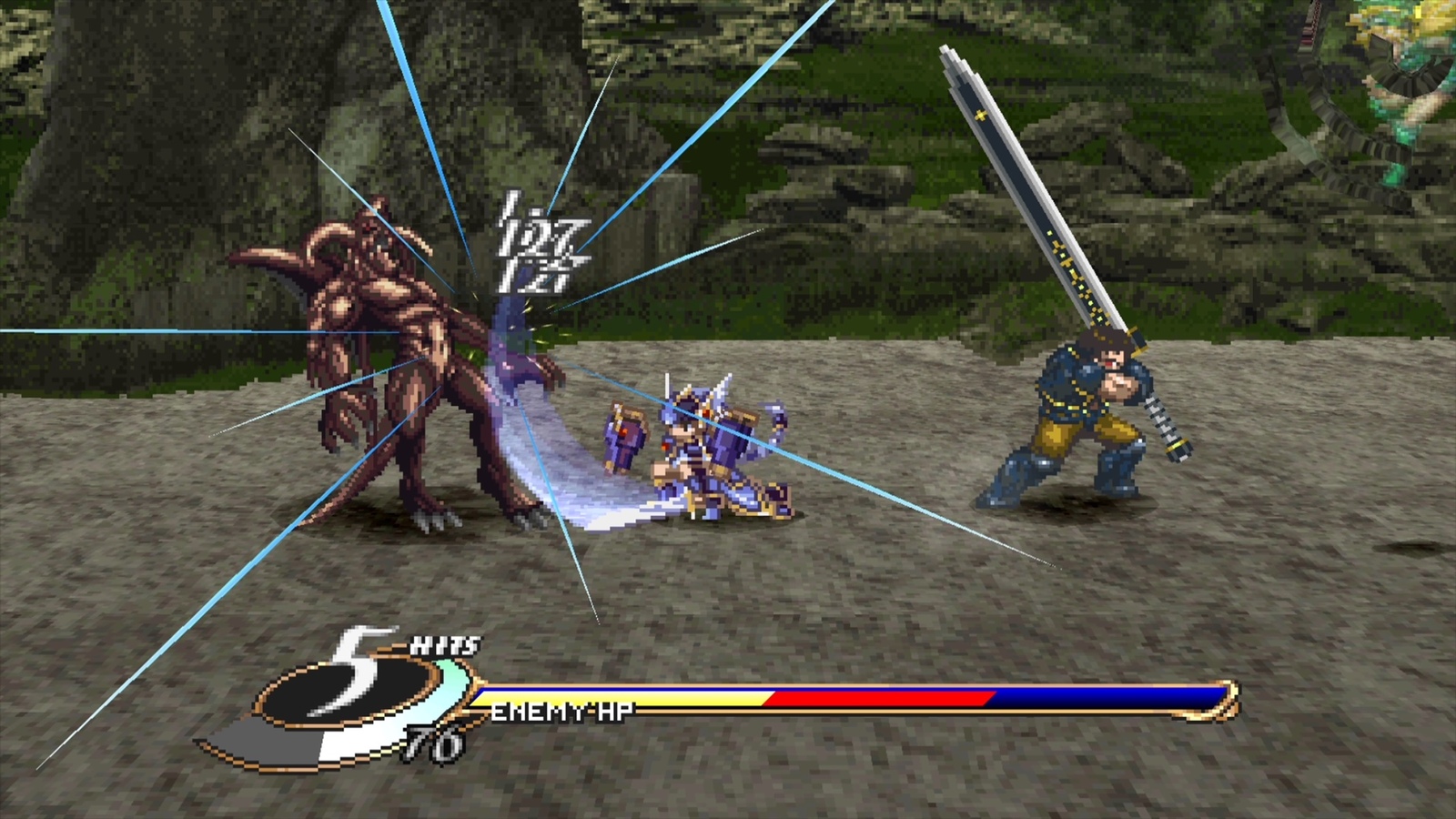 Freedom plays into Valkyrie Profile’s true nature. On its surface, the game appears to be highly structured. The more you dig into the different mechanics, however, the more you realize just how much leeway you have. Odin’s warrior requirements aren’t as stringent as they appear, there are often multiple valid solutions to defeating powerful enemies, and you can go more places than just where the game tells you to. By making these discoveries, you begin to appreciate just how detailed and interesting the game can be.

If you play the game without help, you’re going to make mistakes. Valkyrie Profile contains an entire “true” ending route that you’re unlikely to meet the requirements for your first time through. There are often just as many right answers as there are wrong answers, but sometimes getting yourself on the right path requires knowledge that can only be obtained through mistakes. That opens the game up to being great to replay, and it has some small randomization elements in what your Valkyrie sense picks up to encourage it.

The only issue with replaying the game is that it can be a little more tedious to do that than it should be. The story scenes are not necessarily long in the moment, but on replays they begin to feel that way because they are entirely unskippable. Their dramatic, somber pacing doesn’t have the same impact when you just want to get right back into the dungeon crawling. In general, Valkyrie Profile tends to be a slower-paced game even in gameplay. If you can handle that it’s great. Sometimes, though it makes you wish you hadn’t missed anything the first time through. 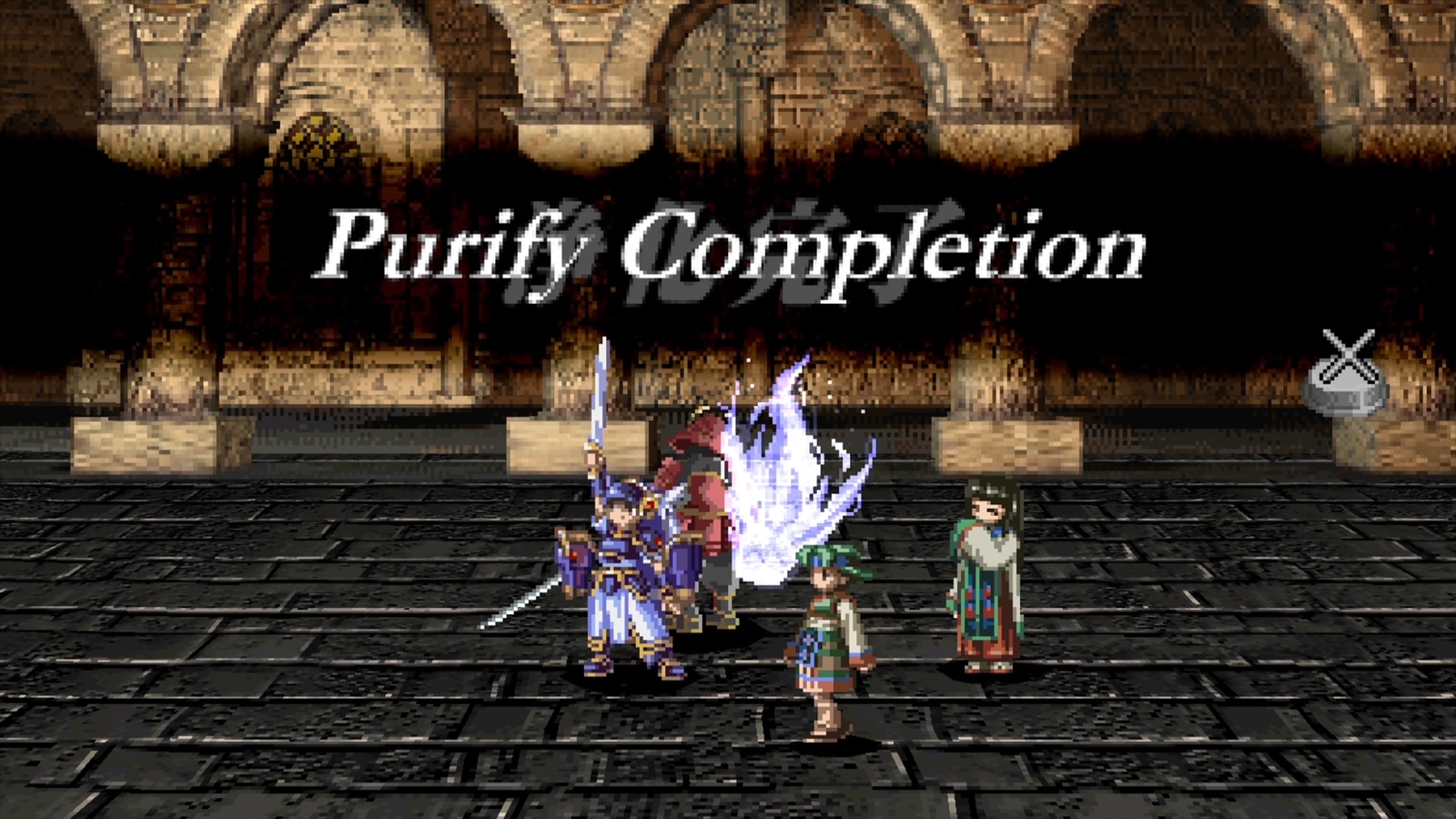 Missable aspects define what makes Valkyrie Profile endearing, however. To me, the fact that you can miss so much is what makes Valkyrie Profile such a fascinating game. It risks a significant portion of its identity on the player’s willingness to test the game’s limits. That idea feeds right back into the game’s core idea of rising up to your true potential. That journey can be vague, challenging, and unfair. That’s what makes it all the more satisfying when you do learn everything you need to know and finally succeed.

Valkyrie Profile uses the conventions of a dungeon crawler to highlight an aspect of games, and really humanity itself, that often goes understated. The path to our true calling is vague, confusing, and full of trial and error. If you’re willing to persevere and think beyond the immediate path before you, however, you reach your full potential. You might like Valkyrie Profile, too!

Jack's background is in law, but he's been writing about games since long before that. He aims to capture a game's essence in (hopefully) new and interesting ways with his writing. Occasionally he will even make his articles fun to read. Results vary on that. Talk to him about Mega Man! Preferably not in the third person!
Related Articles: Valkyrie Profile: Lenneth
Share
Tweet
Share
Submit