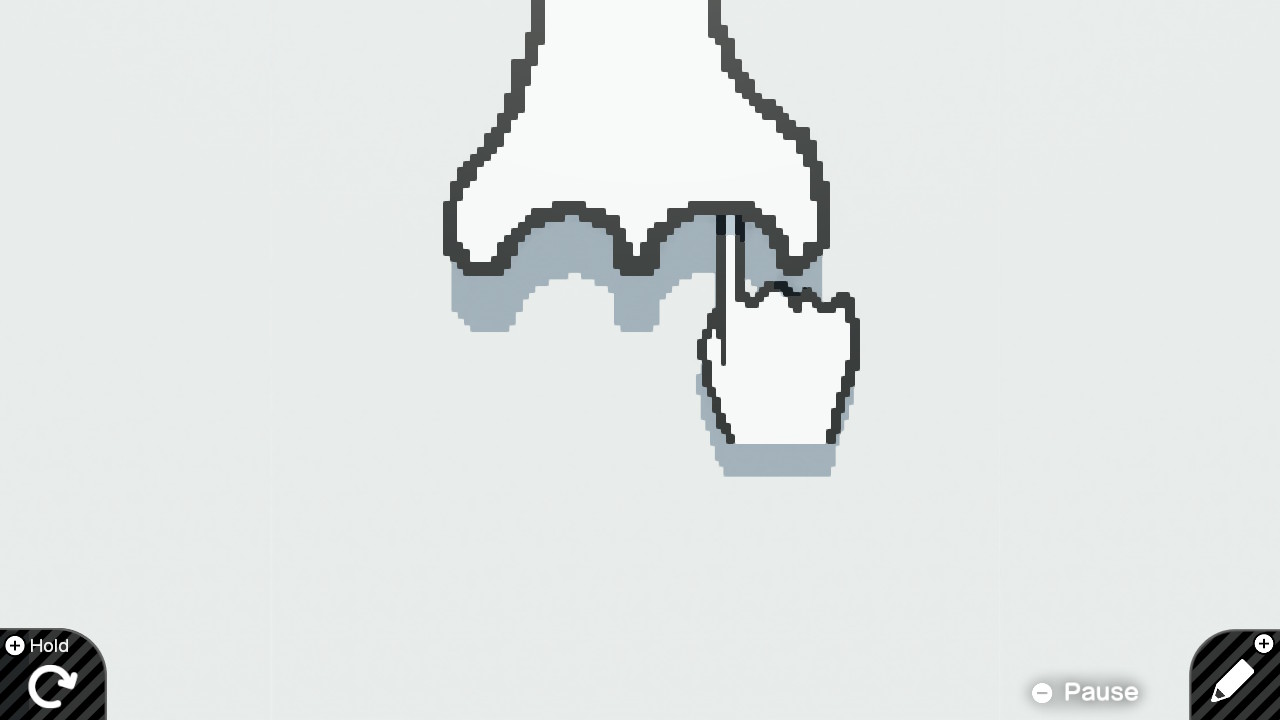 In college, I majored in Simulation and Game Design. I’ve taken tons of programming classes, learned several coding languages, yet I still have trouble wrapping my head around basic concepts. Sure, I can prototype a very basic game in Unity, Unreal, or even C# and Python, but anything beyond that and I get super confused. Enter Game Builder Garage — basically Nintendo’s version of Programming for Dummies. Utilizing a visual toolset, anyone can make their own game from start to finish while learning skills that will translate into actual coding.

Before diving straight into the deep end with Free Programming, it’s best to learn the basics throughthe guided lessons. With the help of some dots named Bob and Alice, you’ll be taken step by step through creating several different games in increasing complexity. Starting with basic, single-screen experiences you’ll work your way up to making a kart racer and a 3D platformer. While these tutorials can be a touch overbearing, personally it’s exactly what I need to learn what does what.

The things that do “what” have some cute Nintendo flair to them: the Nodon. Each of these cute squares represent an object or a line of code that you place in your workspace. It’s a surprisingly comprehensive toolset; you can place objects, perform calculations, create AI, and even place comments. While it’s not entirely comprehensive, it feels like its own game engine that you can develop whatever you want in. I’ve seen people recreate Doom Eternal, PT, Wario Ware, and I even made my own Zelda dungeon complete with a hookshot item. The cute visuals and simple presentation make the interface easy to use, while also allowing the skills learned here to translate to more full-fledged game engines.

After every Interactive Lesson, you put the skills you learned to the test in what are called Checkpoints. These were probably my favorite part of the lessons, as they’re programming puzzles in which you need to set up or change an already existing game so an Apple object can touch the Person object. These can get pretty tricky, especially in the set after the final lesson, and test your knowledge of what each Nodon does as well as how creatively you can use them. However, it is possible to simply stumble upon the solution without learning anything or understanding why putting these bits of code together worked. The Interactive Lessons mode also doesn’t go over every Nodon available to you, making the tutorials feel incomplete. I hope the game receives updates in the future, adding more complex game tutorials or a guide for every Nodon.

Speaking of updates, finding and playing other peoples games is impossible within Game Builder Garage itself. There’s no interface, search function, or even a top games list to play and look at the code of uploaded games; you have to enter a code posted to social media to download a game. I hate to use the current year argument, but in this day and age it’s simply unacceptable to not be able to easily play user-generated content in a game that claims to rely on it. If you’re not interested in learning how to design and program games, GBG has very little to offer you.

Game Builder Garage is a great way to learn the basics of game programming through an easy to use visual language. The tutorials may be overbearing for some, holding your hand through each step, but the engine is surprisingly robust and will let you create whatever you want. However, there is no active sharing or receiving interface in the game itself which is incredibly frustrating and limits learning opportunities.

David is the kind of person to wear his heart on his sleeve. He can find positives in anything, like this is a person who loved Star Fox Zero to death. You’ll see him playing all kinds of games: AAAs, Indies, game jam games, games of all genres, and writing about them! Here. On this website. When not writing or playing games, you can find David making music, games, or enjoying a good book. David’s favorite games include NieR: Automata, Mother 3, and Gravity Rush.
Related Articles: Game Builder Garage
Share
Tweet
Share
Submit