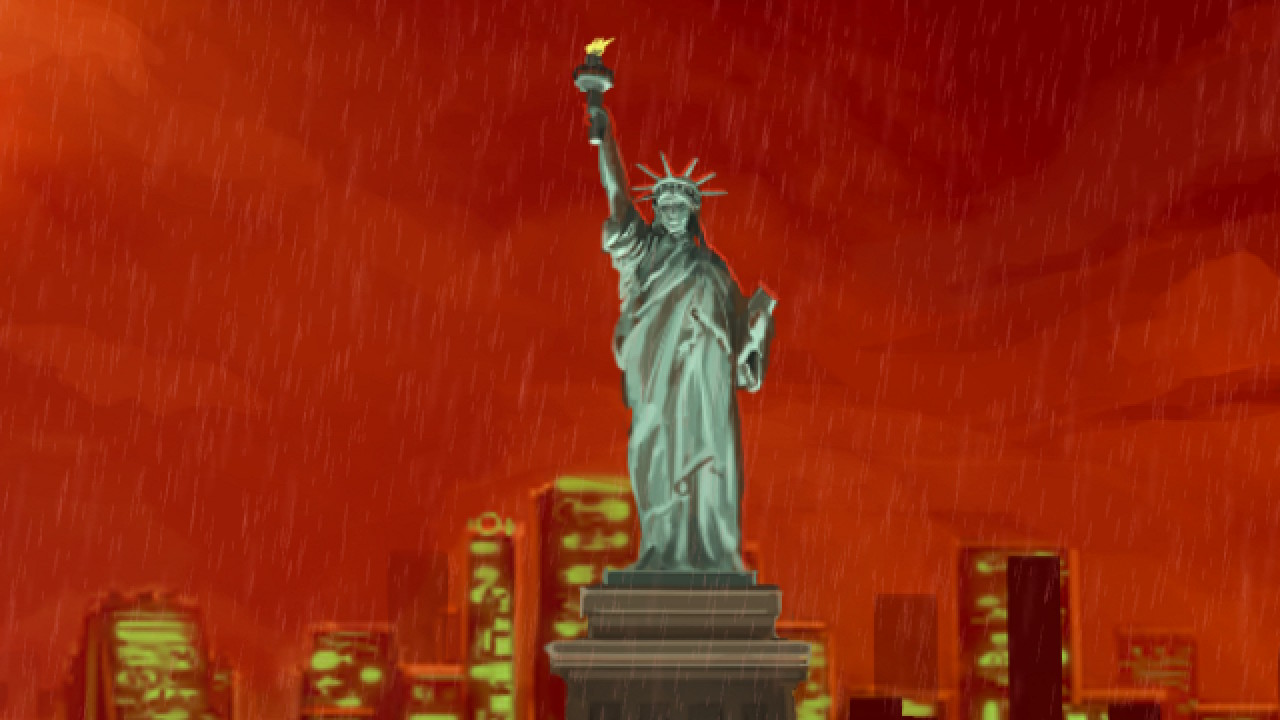 You’ve been possessed by a demon for the past year. The last thing you recall is touching an innocuous book after calming down a friend, then suddenly you’re wanted for mass murder. The people who exorcized your unwanted guest call themselves the Unavowed; an organization that investigates supernatural incidents. Restless spirits and invaders from across the Void have been on the rise, so it’s up to you and your new friends to right your demon’s wrongs, spare or slaughter otherworldly beings, and decide the fate of New York City.

Unavowed by Wadjeteye Games is a point and click adventure game originally released for PC in 2018. This Switch port came along last year, so unfortunately we’re a bit late to the party here. Still, the moment I started up the demo I just had to cover the game. I’m a huge fan of classic adventure games like Sam and Max Hit the Road, Monkey Island, King’s Quest, and Wadjeteye’s very own Blackwell series to name a few. Combine that with an incredible, magical realism setting and an RPG-like party system and I’m sold. I went in with high expectations, but Unavowed managed to surpass them by a wide margin.

The game’s intro will instantly grab your attention, beginning mid-exorcism. A strong woman wearing a hijab holds you back while a man in a dapper duster implores you to remember who you are. As a silent protagonist, you can choose your gender and name, but also from one of three backgrounds: Actor, Cop, or Bartender. Along with showing a short scene of how you got possessed, your background will greatly affect how the game plays out. For example, as a Bartender my character was able to easily empathize with people and used to be close friends with a later party member. It won’t drastically change the overall story, but having an actual background with skills makes you feel more useful to your more supernaturally gifted teammates.

After you’re introduced to the world and characters, you quickly get into the flow of the game. While there is a large focus on the overarching narrative, the game is essentially structured episodically. Each day, you receive an assignment then choose two of your four companions to help you with it. Your party walks around with you, but to have them assist you simply use them like any other item in your inventory. Whom you choose will determine what puzzles you encounter, for example bringing the fire Mage Eli may have you using his immunity to fire to turn a crank that is too hot for you, and Logan allows you to speak to and help ghosts move on. Combine this with the backstories and relatively short length and you’ve got an incredibly replayable adventure. 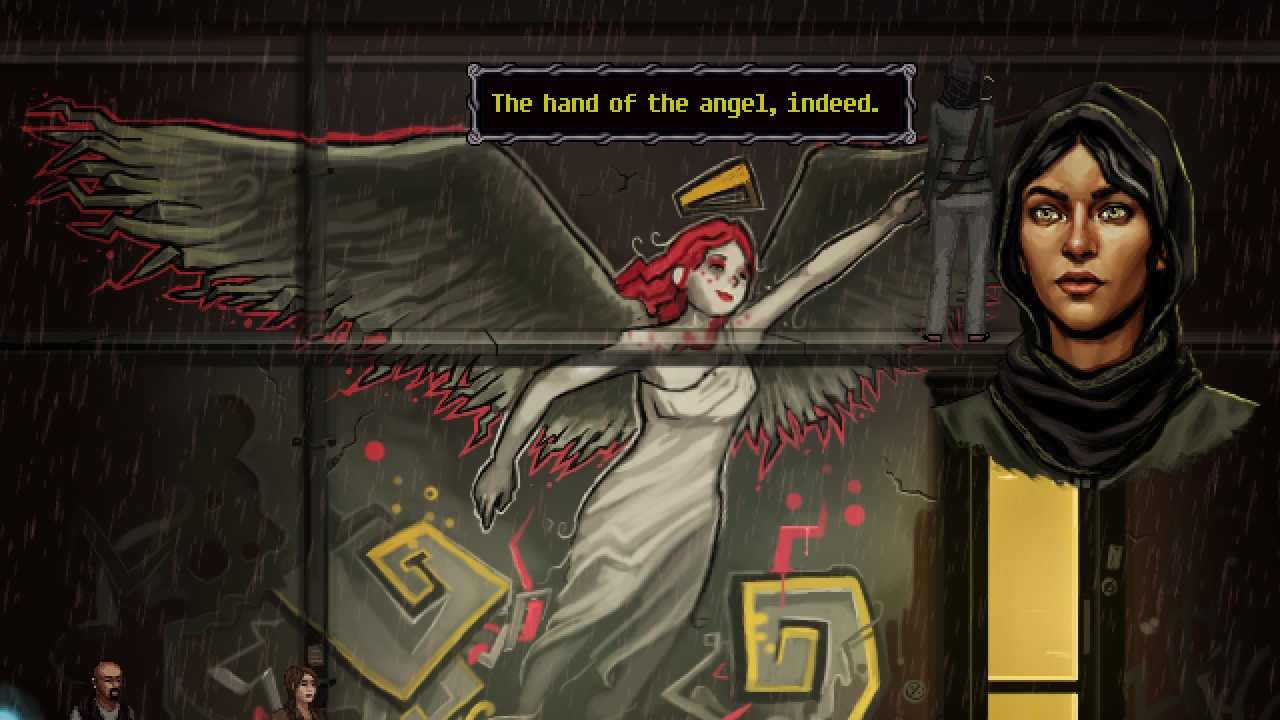 Most of the puzzles are difficult enough to give you pause, but not so hard as to get you stuck for days at a time. If you’re having trouble, you can also ask your party members for advice who will usually point you in the right direction. They have a lot to say too should you take the time to chat, and they’re super likable. There was one puzzle that I had to look up in the entire adventure, and even the developer has admitted that one in particular is obtuse. Here’s the hint they should have given you: when you see the word LEGS, think of the riddle of the sphynx while going over any information you’ve gathered. Other than that, it’s a smooth ride all the way through with plenty of “aha!” moments to satisfy you.

If there’s one thing that Unavowed does so, so right though, it’s the story and characters… OK, that’s two things, but you get what I mean. Everyone in Unavowed is super fleshed out, and even though their character arcs are finished by the end of the game I can’t help but want more of them. Eli and Mandana do get the most time spent on them, with Logan and KayKay in second, and Vicki sadly receiving the least, as far as my playthrough goes. Again, everything feels resolved by the end, especially your role in the story, but I would love a direct sequel just to spend more time with these characters. 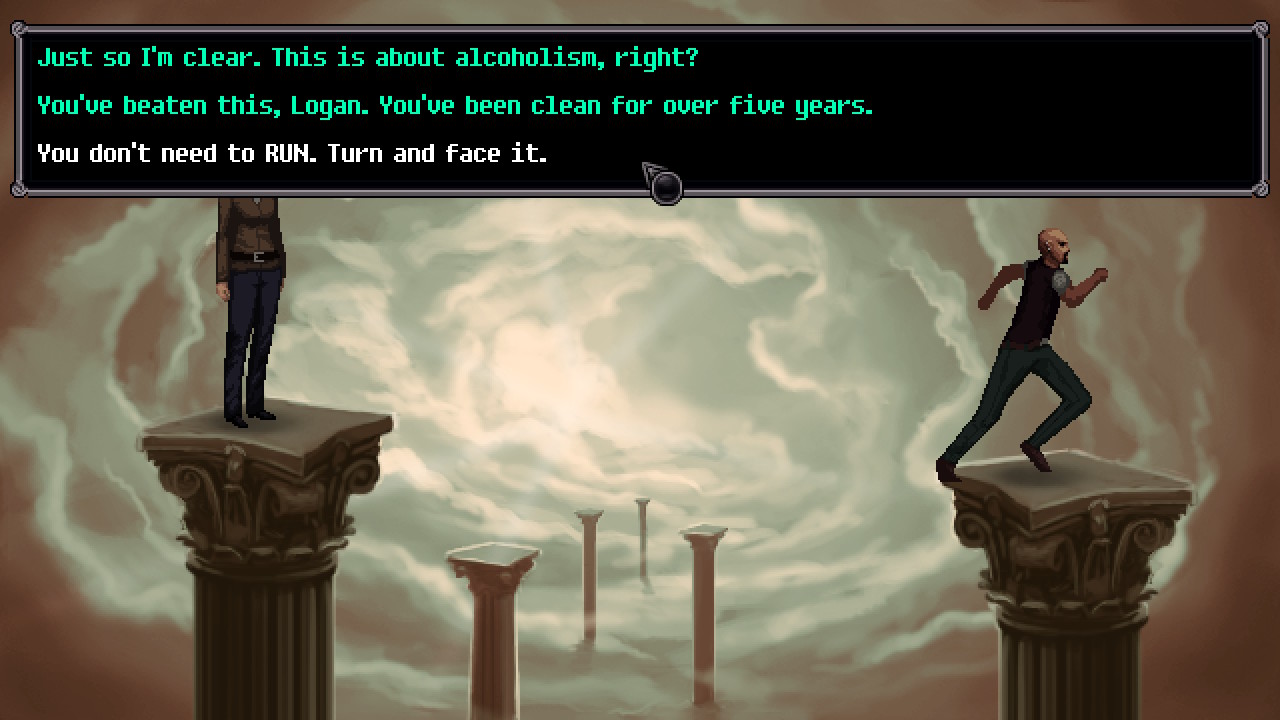 When I say Unavowed draws inspiration from classic adventure games, I don’t just mean the puzzles. The game uses some stunning pixel art for characters, environments, portraits, and even some special full screen events. It’s got a fairly dark color palette that matches the mood and tone, though characters will lighten things up with frequent jokes. It’s always raining too, which does make this feel less like NYC and more like Seattle. They clearly had budget constraints, particularly with the number of portraits (only a few emotions for each character), but it’s spent wisely and on things that matter. I’m always a sucker for high fidelity pixel art, and this hits that spot nicely. The music, while not stand out, also does a good job of getting you in the moment and punctuating dramatic moments.

Finally, let’s talk about the port itself. I love playing adventure games on Switch because a lot of them utilize the touch screen. Unavowed does indeed support touch controls, with some handy shortcuts too like holding a touch to display all interactable objects. Speaking of, the game doesn’t have a traditional look action, and instead simply hovering your cursor above an object will display look text on screen – it’s super handy, albeit sacrificing a bit of interactivity for efficiency. If you’re playing with a controller, the control scheme isn’t particularly innovative and works decently well, if somewhat clunky. Just like looking around, you can easily see what you can interact with by a hand symbol on your cursor on hover. The cursor also has two speeds (faster with the left stick and slower with the right) that you can customize in the options menu. If you want to get around quickly though, the D-Pad will quickly move you between notable objects. 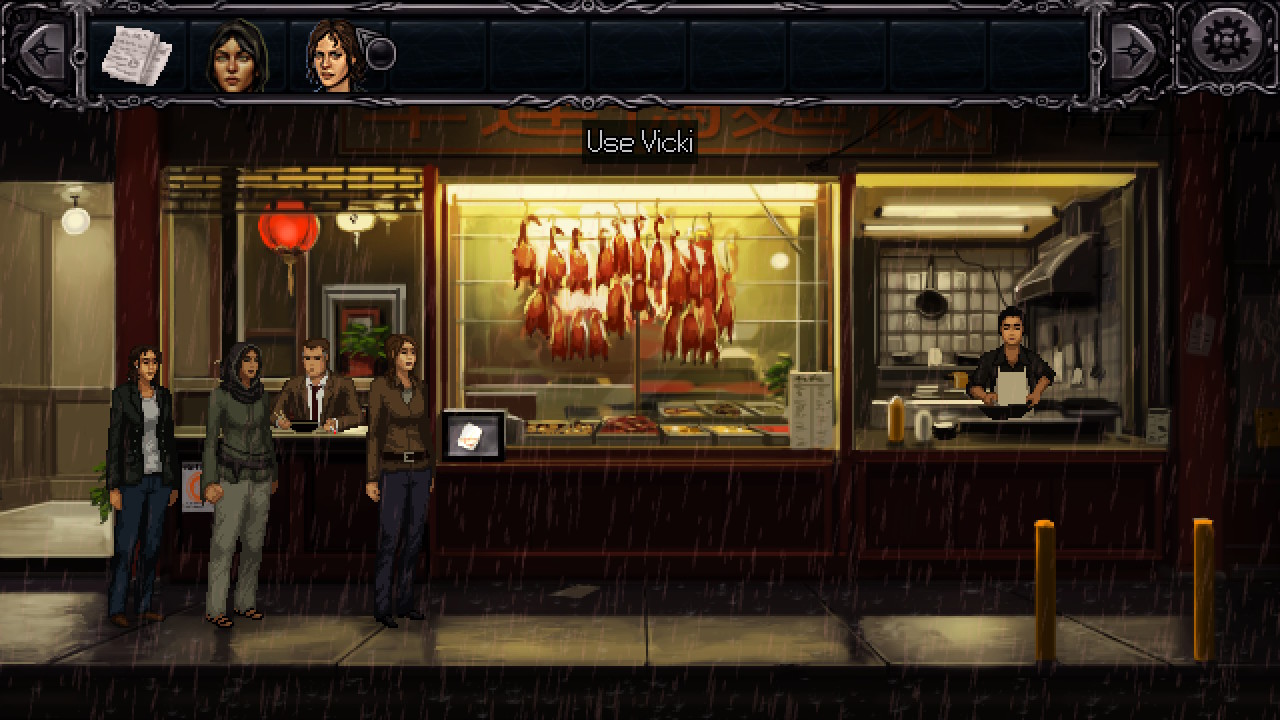 To access your inventory, you simply move your cursor to the top of the screen. From there, you can click on an object or party member, then click on the object you want to use them on. The X button will skip animations or dialogue and remove an item from your cursor, Y will show all interactables on screen, and both A and B are confirm for whatever reason. The best part of button controls is that the L and R buttons allow you to quickly toggle between inventory items, a fact I only discovered halfway through the game. It’s a decent control scheme, but I did find that characters would occasionally move in front of something I wanted to interact with, making it a bit more difficult to do what I wanted. Since most (though not all) areas are single screen and don’t scroll, a dedicated movement option doesn’t seem necessary but those moments as well as the rare scrolling screen make me wish I could do so. As it is though, you do have to click in fairly precise spots on the ground to move your party.

Unavowed is easily one of the best adventure games ever made. The story and characters are fantastic, the visuals immaculate, and the puzzles unique and inventive. Wadjeteye games are always good, but they’ve set the bar pretty high with this adventure.

David is the kind of person to wear his heart on his sleeve. He can find positives in anything, like this is a person who loved Star Fox Zero to death. You’ll see him playing all kinds of games: AAAs, Indies, game jam games, games of all genres, and writing about them! Here. On this website. When not writing or playing games, you can find David making music, games, or enjoying a good book. David’s favorite games include NieR: Automata, Mother 3, and Gravity Rush.
Related Articles: Indies, Unavowed
Share
Tweet
Share
Submit