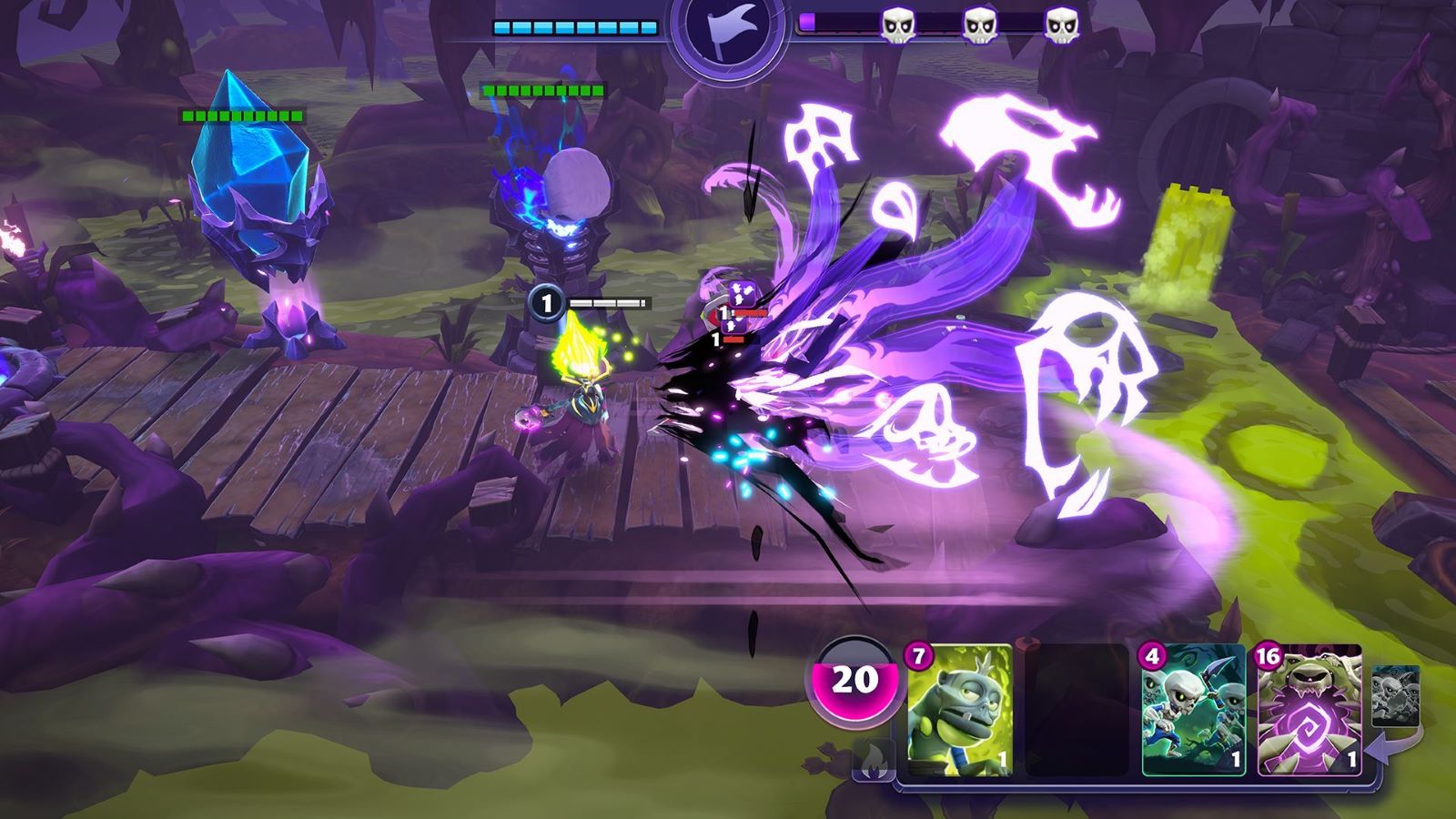 Blending both deck building and MOBA elements is HEROish. After receiving acclaim on Apple Arcade, Sunblink is making the move to consoles. HEROish launches today for PC, PlayStation 5, and Xbox consoles for $19.99 USD. The Nintendo Switch version will launch later on January 2, 2023. You can check below for more info:

HEROish, the MOBA-lite deck builder with charming champions and surprising depth, blows the horn of battle today on Steam for PC, PlayStation 5, and Xbox Series X|S, followed by Nintendo Switch on Jan. 2, 2023. Sunblink’s critically acclaimed Apple Arcade hit, first launched in July 2022, marries the white-knuckle tension of real-time battle arenas with accessible, card-based combat that’s easy for anyone to pick up and play.

“An incredible community of players came out for the launch of HEROish on Apple Arcade and really understood what we were adding to this genre,” said Julian Farrior, CEO and Founder of Sunblink. “This kind of fast-paced, strategic action can enrapture, but is sometimes daunting—we wanted to introduce a new audience to this excitement through the friendly, inviting lens of cards and deck building. Some of the most talented game developers I’ve ever known helped ensure HEROish is warm and welcoming to new players, and the community’s feedback since launch has helped us polish the solo and multiplayer gameplay to a mirror sheen.”

Today’s multi-platform release, featuring PvP crossplay between PC and consoles, debuts alongside the game’s biggest content update yet, with feature parity across the Apple App Store, Steam, and all consoles. Find new strategies with 18 new cards and dozens of reworked ones, test your mettle in the new Brutal campaign difficulty, and reach the top of a 40-level progression track, unlocking new cards, heroes, and currency with each level-up.