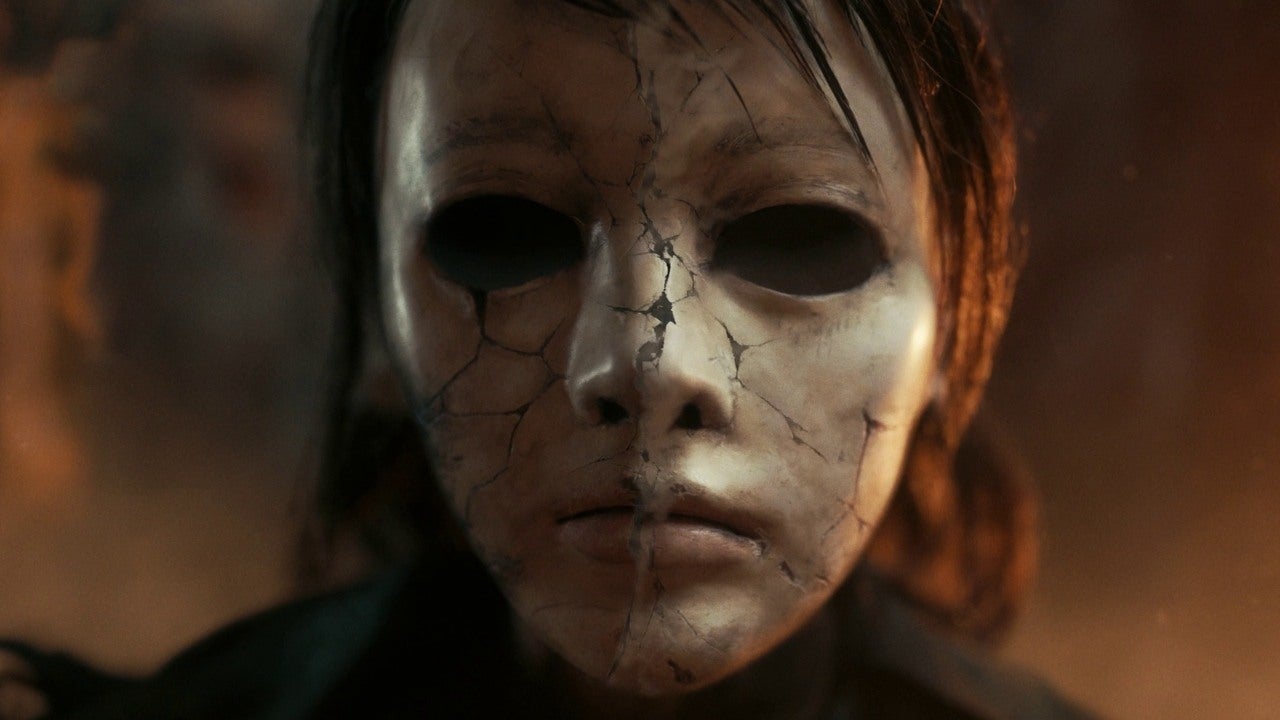 Marianne knows what lurks just underneath the surface of our world. She’s a medium, able to guide the souls of the dead to the great beyond. She also knows, as Herman Melville once said, that “beneath those stars is a universe of gliding monsters.” She not only guides these wayward souls, but also solves whatever horrors have trapped them there so that they might transition to a peaceful end.

While helping prepare a friend’s body for burial, she receives a mysterious phone call. Summoning her to an abandoned resort named Niwa (a real-world location, if you are inclined to pay a visit), she finds more than she bargained for.

It’s immediately apparent that Bloober Team are big fans of games like Silent Hill and Amnesia. Marianne’s journey into the corners of the Spirit World are reminiscent of the dark spaces in those styles of games. At Niwa, she begins to unravel the mysteries of this place and starts tapping into her ability to visit the spirit world. What’s different this time, however, is that it’s happening simultaneously.

In practice, I was only really stumped with one puzzle in The Medium — a date where my math failed me. That isn’t to say the answer is always obvious, but the game does manage to stick to logical conclusions instead of pixel hunting. Marianne can also have an “out of body experience” by parking her physical body and walking around untethered in the spirit world allowing you to stretch past physical barriers, at least for a limited time. Spending too far away from her physical form causes Marianne to begin to deteriorate, blowing bits away from her like ashes.

The voice work in The Medium is top notch, with Troy Baker breathing (rasping?) a creepy amount of life into the main antagonist known only as “The Maw.” I can’t find any info on the protagonist, but the voice actress does a stellar job as well. Beyond voice work, the Bloober team brought in power duo Akira Yamaoka and Mary Elizabeth McGlynn — two of the principals behind the soundtrack to Silent Hill. It shows as the game ratchets the tension through unsettling music just as much as it does with punctuated silence.

I do have to say that, while the tension is thick throughout, the game doesn’t rely on jump scares to drive the horror. Only once did everyone watching me play jerk in their seat, though everyone winced when I “opened” objects in the spirit world. I won’t spoil it for you.

Visually speaking, The Medium looks fantastic on Xbox Series X and PC, with both sporting some impressive raytracing. Shadows are incredibly realistic, which adds even more creepy moments when an elongated claw reaches out to grasp something nearby, only to make you laugh when you realize that it’s your hand and your mind is just playing tricks on you. Lights and shadows flicker and play with your mind throughout the game, always making you think there are more dangers around every corner…and sometimes there are.

I did run into a few technical problems on Xbox Series X. I’ve had three hard locks, and the framerate can be somewhat unstable during scene transitions. During normal gameplay you’ll occasionally see the odd hitch, and more often you’ll see textures slow to stream in and popping from low resolution to full resolution. During one sequence with a dollhouse I saw it literally every time I clicked on it — a surprise given that we’ve left spinning disk drives in the rear view mirror.

If you played Bloober Team’s Observer then you likely remember a sequence where stealth was required. The Bloober team revamped this sequence when the game was released as Observer: System Redux last year (our review), and for the better. There are several stealth-focused sequences in The Medium, and thankfully they are well-balanced, if not too easy at times. Animations can be a bit odd when combined with the tank-like controls, but overall this game feels fairly well polished, which isn’t surprising since the game’s life started back on the Wii U, PS3, and Xbox One — they’ve had a little time to nail it all down.

In all there are about 8 hours of solid gameplay, with another 90 minutes of high quality and uber-creepy cutscenes from start to finish. While the puzzles won’t stump you the second time around, there are lots of little cultural references throughout the game to find. I spotted the stick men from The Blair Witch (another Bloober game), Communist cold war propaganda, and the odd movie and book references throughout. Overall, it felt like just the right length to give it room to breathe, but not to overstay its welcome.

With creepy puzzle moments throughout, The Medium pulls off a dual-reality puzzler with precision. The game looks magnificent, with impressive lighting and shadows courtesy of RTX, though the Xbox Series X version suffers from occasional stutters and hitches, as well as level of detail pops. More classic dread than jump scares, it delivers on its promise of horror served two ways, making it unique and a must-have for horror fans, even if it's a little lighter fare.

Ron Burke is the Editor in Chief for Gaming Trend. Currently living in Fort Worth, Texas, Ron is an old-school gamer who enjoys CRPGs, action/adventure, platformers, music games, and has recently gotten into tabletop gaming. Ron is also a fourth degree black belt, with a Master's rank in Matsumura Seito Shōrin-ryū, Moo Duk Kwan Tang Soo Do, Universal Tang Soo Do Alliance, and International Tang Soo Do Federation. He also holds ranks in several other styles in his search to be a well-rounded fighter. Ron has been married to Gaming Trend Editor, Laura Burke, for 21 years. They have three dogs - Pazuzu (Irish Terrier), Atë, and Calliope (both Australian Kelpie/Pit Bull mixes).
Related Articles: Let's Play, The Medium
Share
Tweet
Share
Submit