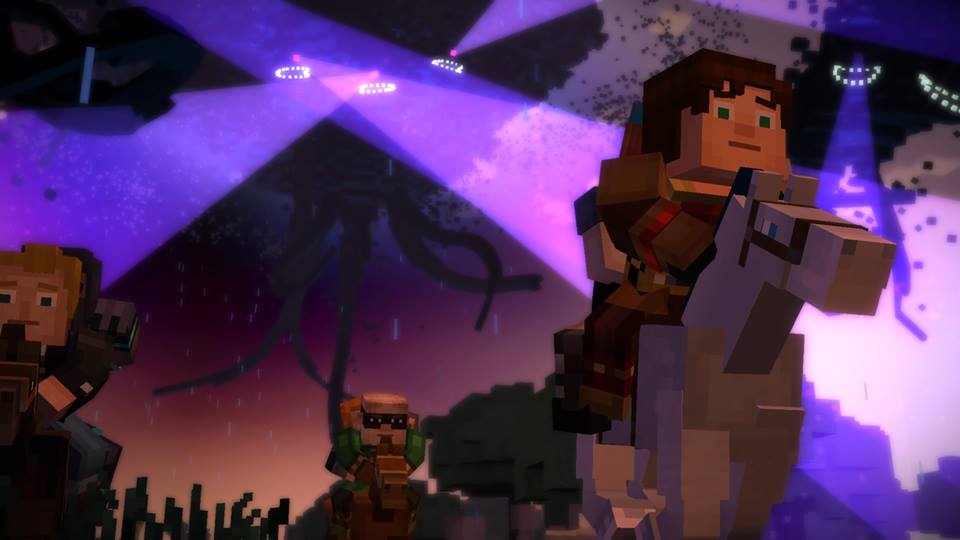 With “A Block and a Hard Place,” Minecraft: Story Mode begins a likely too late road to redemption, as Telltale manages to turn what has been mostly a childish series into something with genuine drama and heartfelt moments. While it doesn’t necessarily undo the damage done by the weak storytelling and characterization found in episodes one through three, “A Block and a Hard Place” brings new focus to Story Mode, even if it’s at the expense of certain plotlines getting the time they deserve.

Early on, episode four does have trouble dealing with the sheer number of established character arcs and conflicts previous episodes left hanging, and it leads to some pacing issues in “A Block and a Hard Place’s” early segments. Characters like Petra and Gabriel are only touched on briefly so Story Mode isn’t crushed under the weight of everything that came before it, but these threads are also very quickly resolved by solutions that seem to come out of nowhere, as if Telltale had to contrive a catch-all solution to solve problems that would’ve only gotten in the way of where the series was headed.

After Story Mode makes quick work of unresolved plot threads, “A Block and a Hard Place” shifts comfortably into a more focused narrative, one that is home to some pretty shocking revelations, sincere disputes within a cast who used to argue over the most trivial of matters, and some of the most emotionally charged sequences that Telltale has executed in the world of Minecraft. Story Mode’s hard sever from the small-minded bickering of the first three episodes into something that feels authentic turns the latter half of “A Block and a Hard Place” into something worth investing in, and adds layers of depth to several members of the previously shallow cast.

I don’t know if “A Block and a Hard Place” necessarily redeems Minecraft: Story Mode in its entirety, but it does make me wonder what my impressions of the series would have been had it been released as a full game rather than an episodic series. Up until now, Story Mode felt like I was playing as a babysitter for several underdeveloped and immature characters, while four episodes in, I’m starting to see why characters were at each other’s throats for what seemed like no reason, and where it all has led feels like a more natural path for the story to take than it did when I was playing episode one.

Minecraft: Story Mode "A Block and a Hard Place"

As of episode four, Minecraft: Story Mode feels like it's on the right track to conclude in a more interesting way than it originally appeared, but I'm not sure yet whether that makes dragging yourself through the first three episodes worth it to see the better places the series goes as it nears its conclusion.