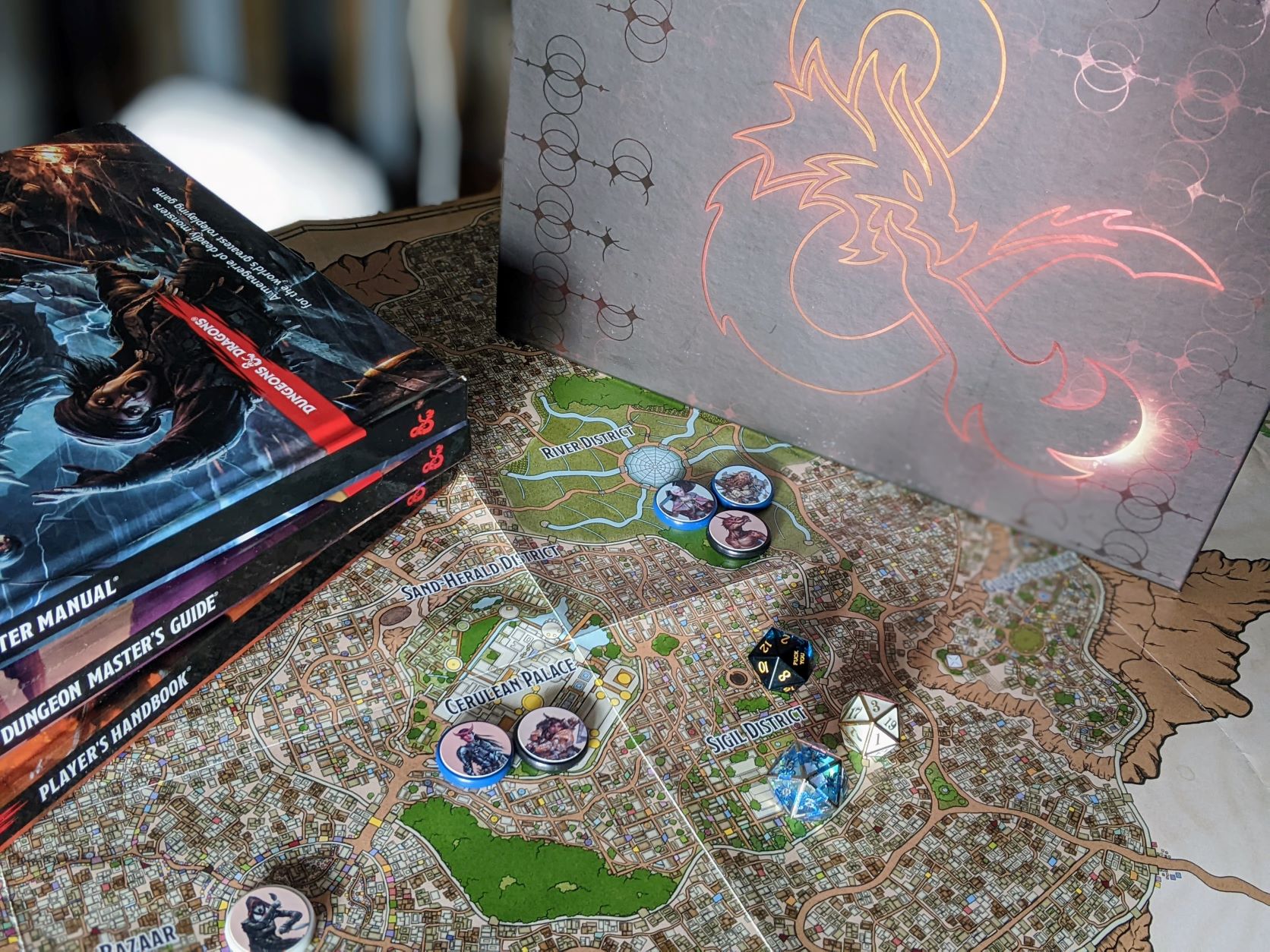 As the world slowly makes its way back to normalcy, my D&D sessions have also begun to migrate away from Discord and Zoom and back into in-person gatherings. As I began planning my first in-person session since the start of the pandemic, I found myself at a bit of a loss when it came to preparing for combat. After years of virtual table tops covered with digital maps and virtual tokens, I realized I was woefully unequipped to run combat encounters for the newbie mini-campaign I had planned. Fortunately, Wizards of the Coast had my back, in the form of the Campaign Case: Creatures. 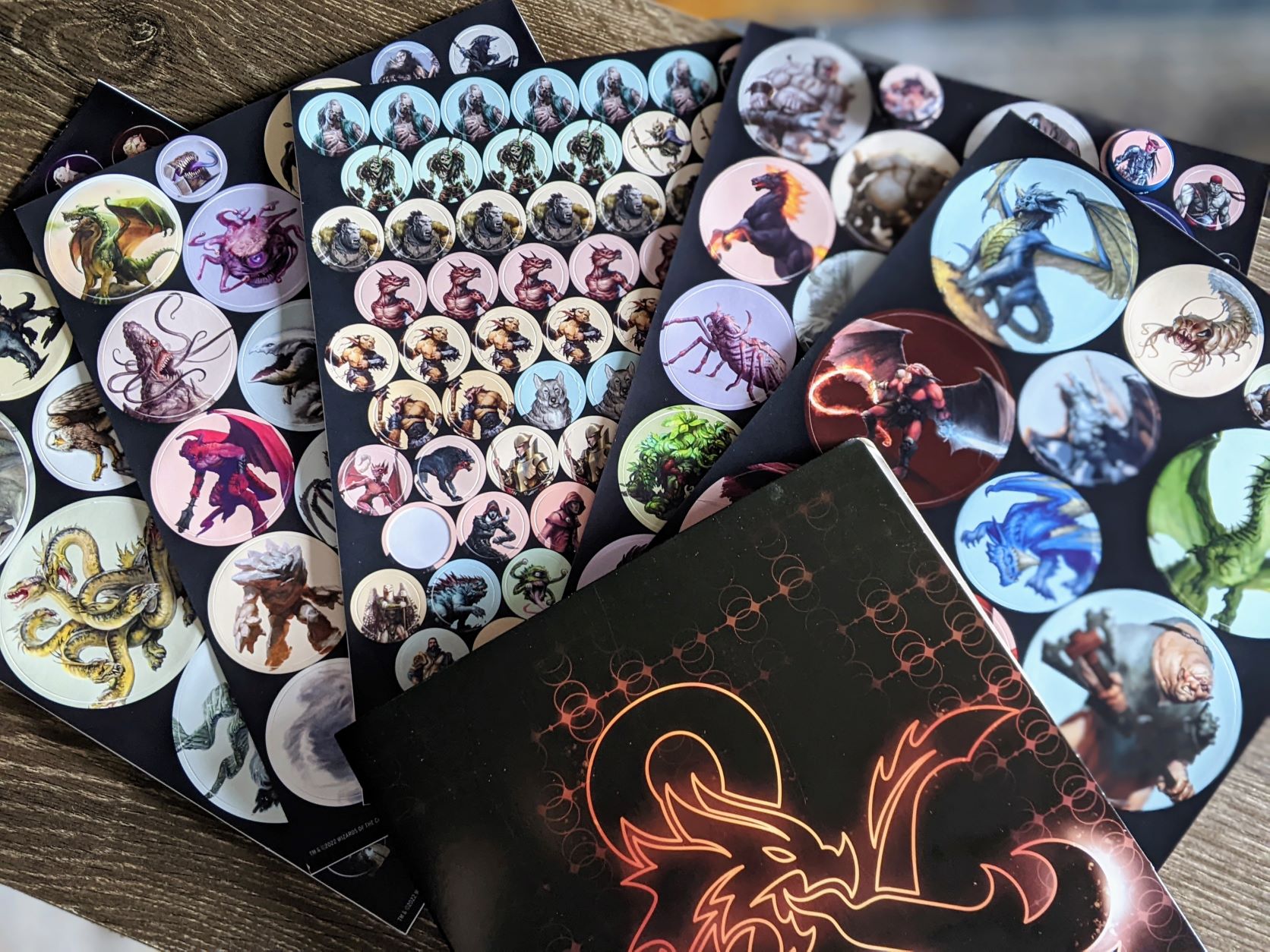 The case contains 64 blank tokens in four colors, red, blue, white, and black. There’s a nice spread of one, two, and three inch tokens in each color, representing small/medium, large, and huge creatures. The real magic of this kit begins when you open a folder emblazoned with the familiar dragon-ampersand folder.

It’s here that you’ll find five pages worth of colorful cling stickers representing a plethora of iconic D&D monsters. Dozens of enemies await your players, including skeleton archers, orcs, wolves, drow wielding dual daggers, gelatinous cubes, mimics, beholders, elementals, and even dragons of various colors. Numbering 159 in total, these tokens include additional markers, like stars and numbers, to help you keep track of even the most large-scale encounters. 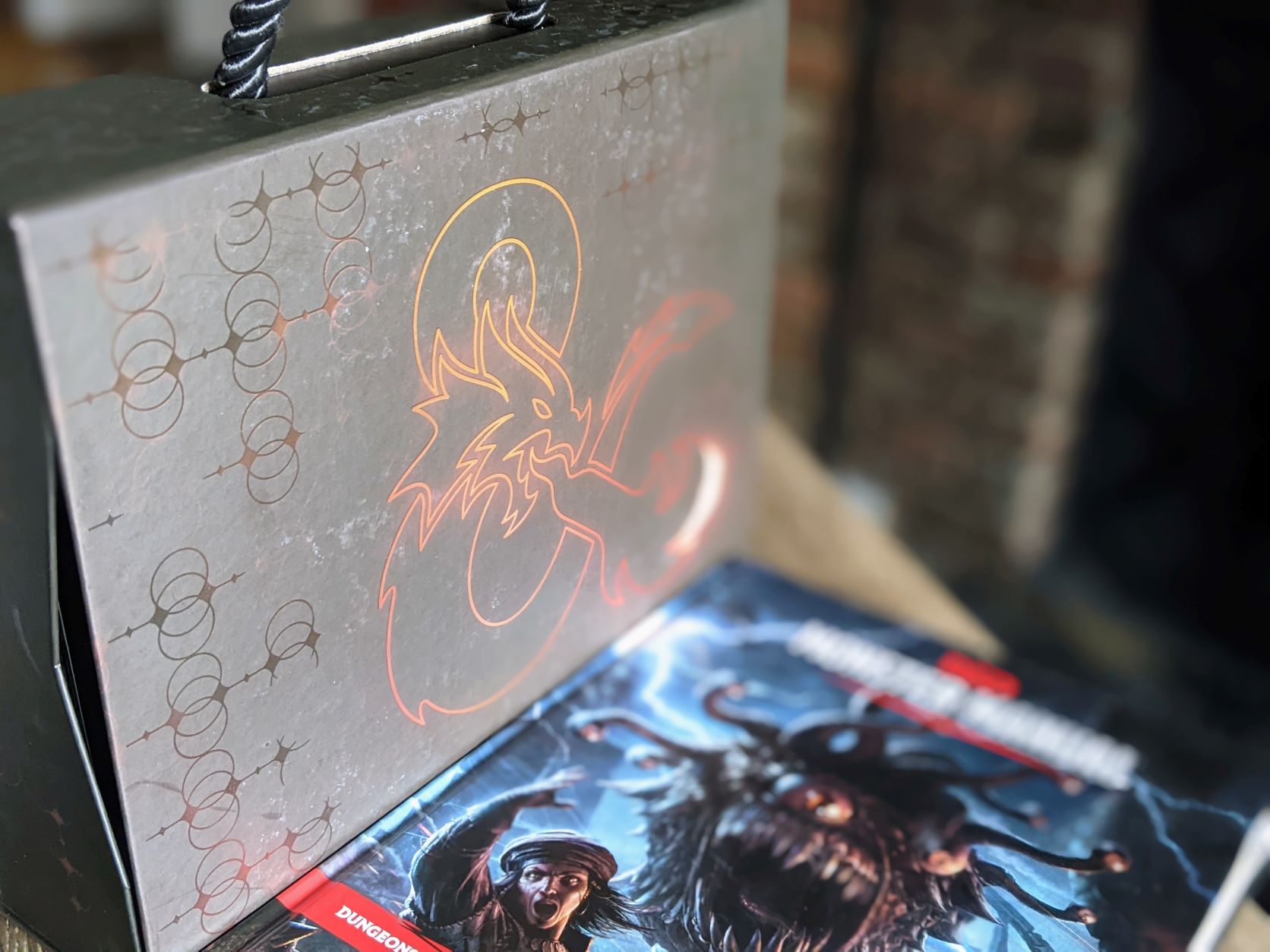 While the character token options are a little slim, everyone in my party was able to find something that represented their character decently well. I have to say that the cling stickers do not disappoint; I was rather worried that the stickers would either slide easily away or would, once applied, cement itself to the provided tokens. I’m happy to report that the stickers cling solidly to the tokens, and I have successfully removed them several times without any tearing, sticking, or damaging of the stickers. It’s easy to swap them around, or return them to the sticker page for safe keeping. One particular sticker, a white dragon, quickly became my go-to icon for showing my nerd friends how the system works, and despite being applied to a token, peeled away, and returned to the sticker sheet at least a dozen times, it remains both clingy and flexible.

The system is nice, but it’s made all the more impressive by the travel case. While the outer box which the kit came with is nice enough, the real star is the travel case itself. The iconic D&D ampersand is emblazoned on the outside in a molten red/orange which catches the light with every movement. The magnetic top is powerful enough to keep the case securely closed, and has left more than one person confused as to how to even get into the box. It’s very nearly a problem–one person almost damaged the box trying to get into it the wrong way. 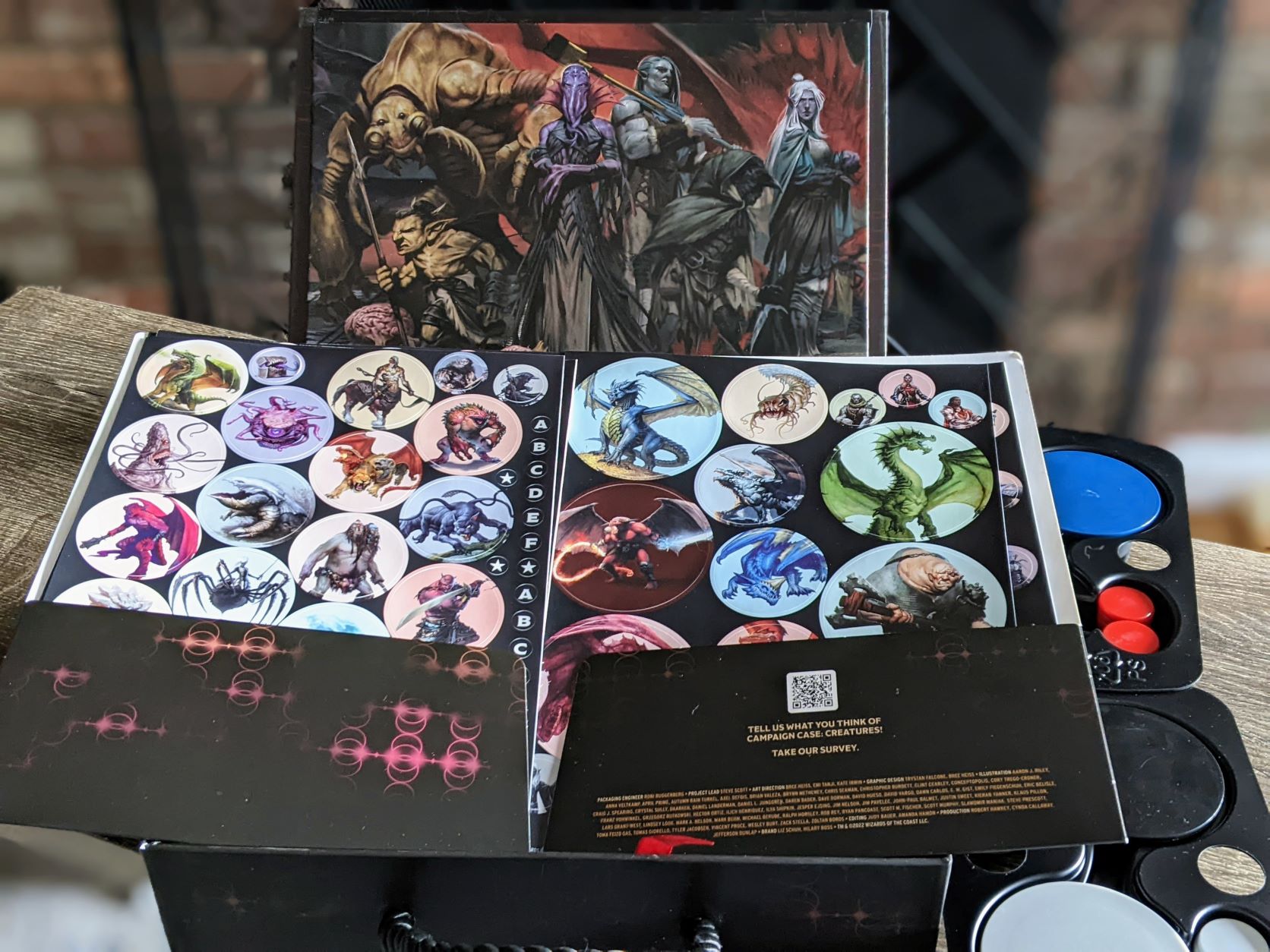 A heavy rope creates a carrying handle, which makes toting this to and from sessions all the more convenient. A folder filled with clings waits for you once you flip the lid open, while a full illustration of baddies, including a mindflayer and umber hulk, peer at you from the inside of the lid. A removable tray lifts easily away, revealing storage for the tokens below. Plastic covers snap into place over the tokens, ensuring that everything remains exactly where it should, but do keep an eye on people who dig into the box for the first time. More than one of my players found themselves confounded by the packaging and very nearly dissected the entire box, rather than simply popping the protective plastic covers off the token storage.

The D&D Campaign Case: Creatures is an excellent pre-built box for those looking to build some encounters without taking the dive into minis and terrain. I would love to see Wizards of the Coast expand their offering of clings, especially where playable races and classes are concerned, but this is a solid starter set. The clings themselves are durable, and the monsters included in this kit are numerous and diverse enough that GMs should be able to find a facsimile of whatever monster they need, provided they're not running a highly specific campaign.