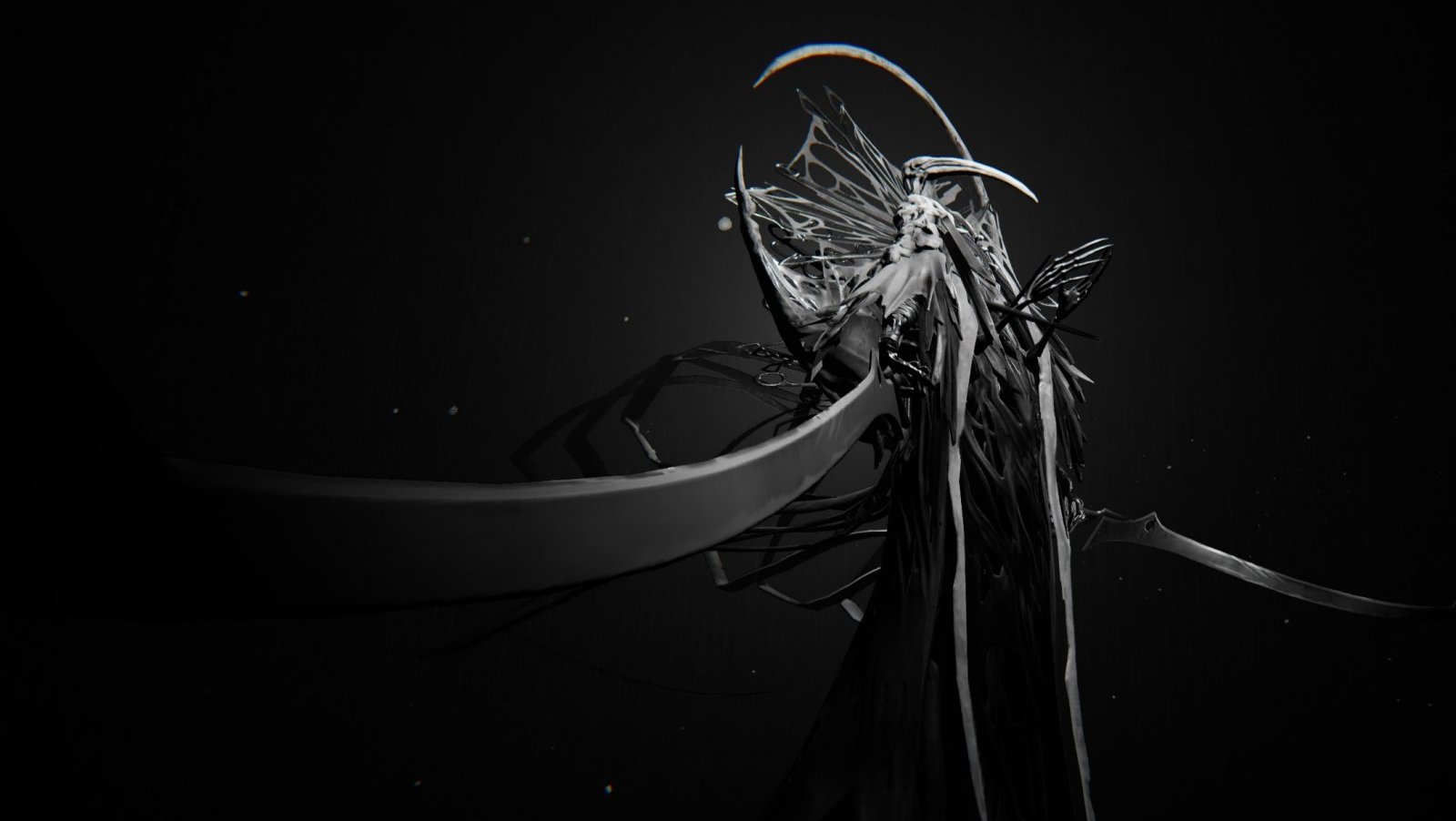 Othercide is a fantastic tactical rpg that will have you failing over and over again while loving every moment of it. This is a game where you use your failures to learn from your mistakes and grow stronger. Failure may sting, but it is essential for growth. After all, nobody said ending suffering would be easy.

Othercide has a simple story that takes a backseat to gameplay but it does its job well. I’m invested in what’s happening. You take control of Daughters, conjured by the Red Mother, to go out and fight nightmare creatures to try and defeat suffering. A simple plot, but it is done well.

Along with the story is a ton of lore. It is well written and I was excited every time I unlocked another little piece of information about the world, enemies, or allies. It isn’t overwritten or boring, no, it is short and to the point and very engaging.

Something else engaging is the visuals. It’s classic black and white with splashes of red. I have a soft spot for this type of stylization and it is done very well here. It adds a unique quality to the nightmarish creatures. It is like they crawled right out of a dream to haunt the real world.

Mother sending her Daughters into combat.

Othercide has a unique spin on the typical tactical rpg. While you still have Action Points, points that determine how many moves you can make during your turn, they are done a bit differently. You have access to more points than you will generally use a turn because if you go past 50 points in a turn, you are placed higher up on the timeline. What’s this timeline? It determines the order of turns and is a key element of the game. You have abilities that can push yourself forwards to get another turn sooner, push enemies back to delay there, and you have delayed attacks that don’t activate until later on the timeline. This timeline is a fantastic idea that is executed well. Enemies and your Daughters die in just a few hits so you must maintain control of the flow of combat.

You are going to have to understand the strength and weaknesses of your Daughters if you want to succeed. You have three classes to choose from: the Soulslinger, the Blademaster, and the Shieldbearer. The Soulslinger dual-wields pistols, the Blademaster has a giant blade that deals massive damage, and the Shieldbearer serves as a tank with a lot of health and armor. The Soulslinger is powerful against weak, fleshy enemies but is useless against creatures with armor. The Blademaster is mobile and has enough power to crush even the most armored of foes, but has low health and armor. The Shieldbearer can take damage thanks to high armor and health, but doesn’t deal as much damage.

The real fun and strategy come from creating your own combos. You might shield bash an enemy towards your Blademaster after they just used a move to attack any enemy that ends their turn in melee range so they get another attack off. You might see an enemy about to get a big attack off on your weaker Soulsinger so you take your Shieldbearer up to smack them with your shield and send them back up the timeline giving you time to attack first. There are endless possibilities here and it creates some fun moments. 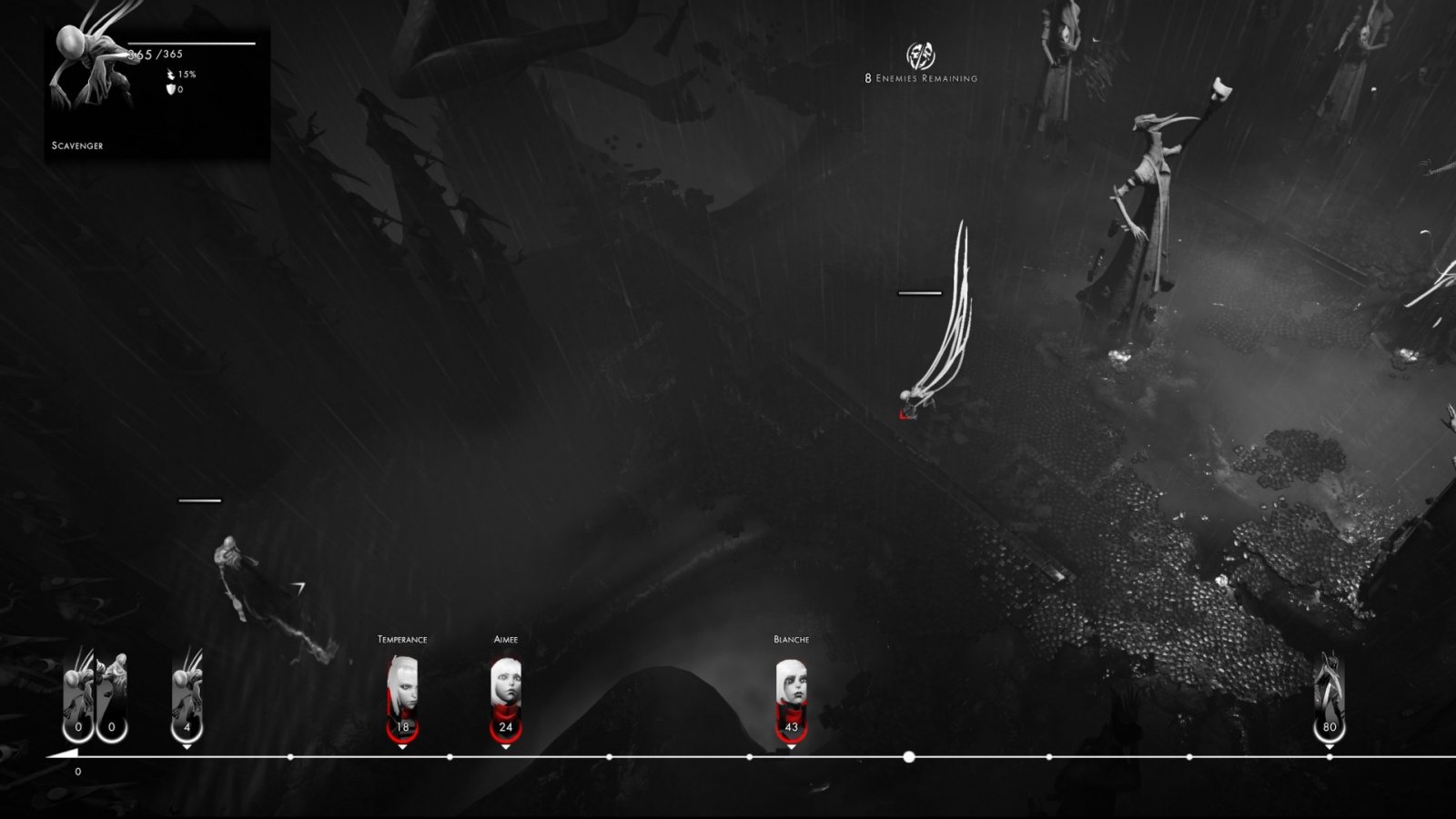 Combat is all about positioning. This includes character positions and positions on the timeline.

You have to know your allies but it also helps to know your enemies. I appreciate that Othercide gives you enemy information with the lore. You can see that some enemies attack the nearest Daughter, some attack the furthest one, some attack depending on where they are on the timeline, and some look for Daughters that are already engaged in combat. This means you have to think about where you want to position your Daughters. You don’t always want your Shieldbearer upfront if you are facing a bunch of enemies that attack the Daughter that is farthest away from them.

When you go into battles, you can only take three Daughters with you and there is some strategy that goes into this. Not only do you have to think about which classes you want to take; you also have to consider their level. Daughters don’t heal on their own. You have to sacrifice other Daughters to heal them and you can only do that if they are equal level or above. So if you have one powerful Daughter, you will have no way to heal them if they get hurt. You can resurrect a daughter if they die, but it involves a difficult mission and you may lose more than you gain. Sacrificing a Daughter leaves a part of them with the one you healed, which might give them more health or bonus damage on attack.

You are going to want your Daughters at full health because, at the end, you will be fighting a boss. This is when the game gets incredibly hard. If your Daughters aren’t powered up and at full health, they will get slaughtered. Hell, they are likely to get slaughtered anyway. If you fight the boss and lose, it is game over. You are back to the beginning of that particular run. Othercide borrows some rogue-like elements as each run will have randomized encounters so you never know what to expect. 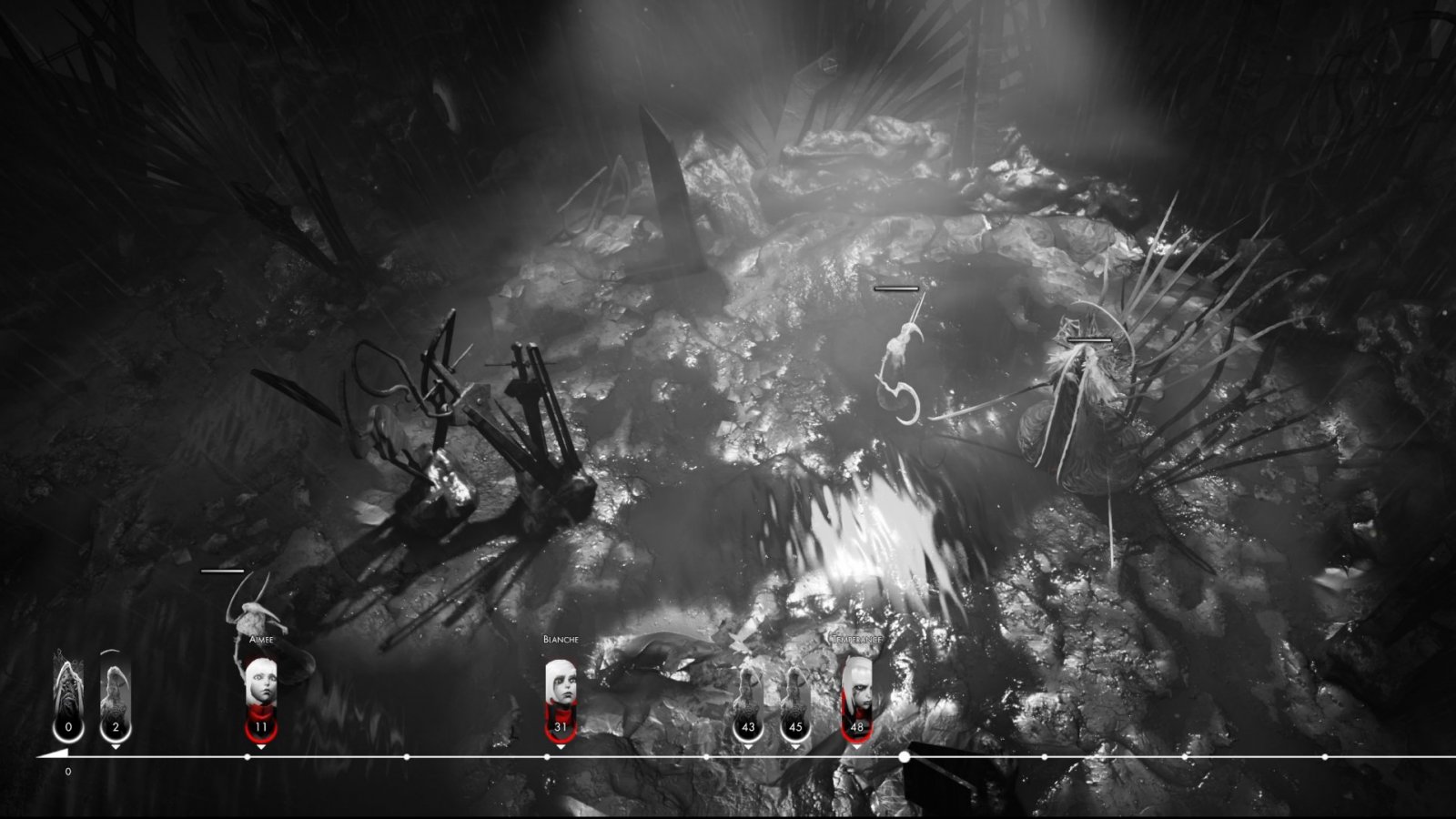 The bosses may seem impossible at first glance, but given the correct strategy and enough firepower, they will go down.

Sacrificing Daughters isn’t the only way to power up Daughters. You can enhance their skills with special memories that you get for killing enemies. These might boost the critical chance of a skill or provide extra damage. These are essential to give you the upper hand in combat. This goes along with leveling up your Daughters to get access to new skills. Whenever you unlock a new skill, you get to choose from two different skills. Do you want to be able to shield bash and knock enemies back or activate armor to take more damage? Do you want an area of effect attack that also knocks you back and out of danger or do you want to be able to get an extra attack off when an ally damages a nearby enemy?

As you play Othercide, you will start to unlock Remembrances. These are powerful boosts, such as a 15% boost to health for all Daughters, an extra 15% damage to enemies, and the ability to resurrect a Daughter. You get a special currency for going on runs and you can end a run at any time to start over with more of that currency so you can equip more Remembrances. This is a great way to take the sting out of failure. Even when I lose, I’m getting stronger.

Othercide is an engaging tactical rpg and I’m going to hop right back in. There are so many different strategies to employ that it never gets boring. The timeline is a fantastic idea that adds a lot of strategic options. It can be almost too hard at times, but I know I’ll get through anything given enough time.

Othercide is an engaging tactical rpg and I’m going to hop right back in. There are so many different strategies to employ that it never gets boring. The timeline is a fantastic idea that adds a lot of strategic options. It can be almost too hard at times, but I know I’ll get through anything given enough time.

Austin Fern has been playing video games his entire life. The first console he truly fell in love with is the PlayStation 2 with Sly Cooper, God of War, and many others really leaving an impression. He enjoys all genres of games from FarCry 5 to Danganronpa and everything in between.
Related Articles: Othercide
Share
Tweet
Share
Submit