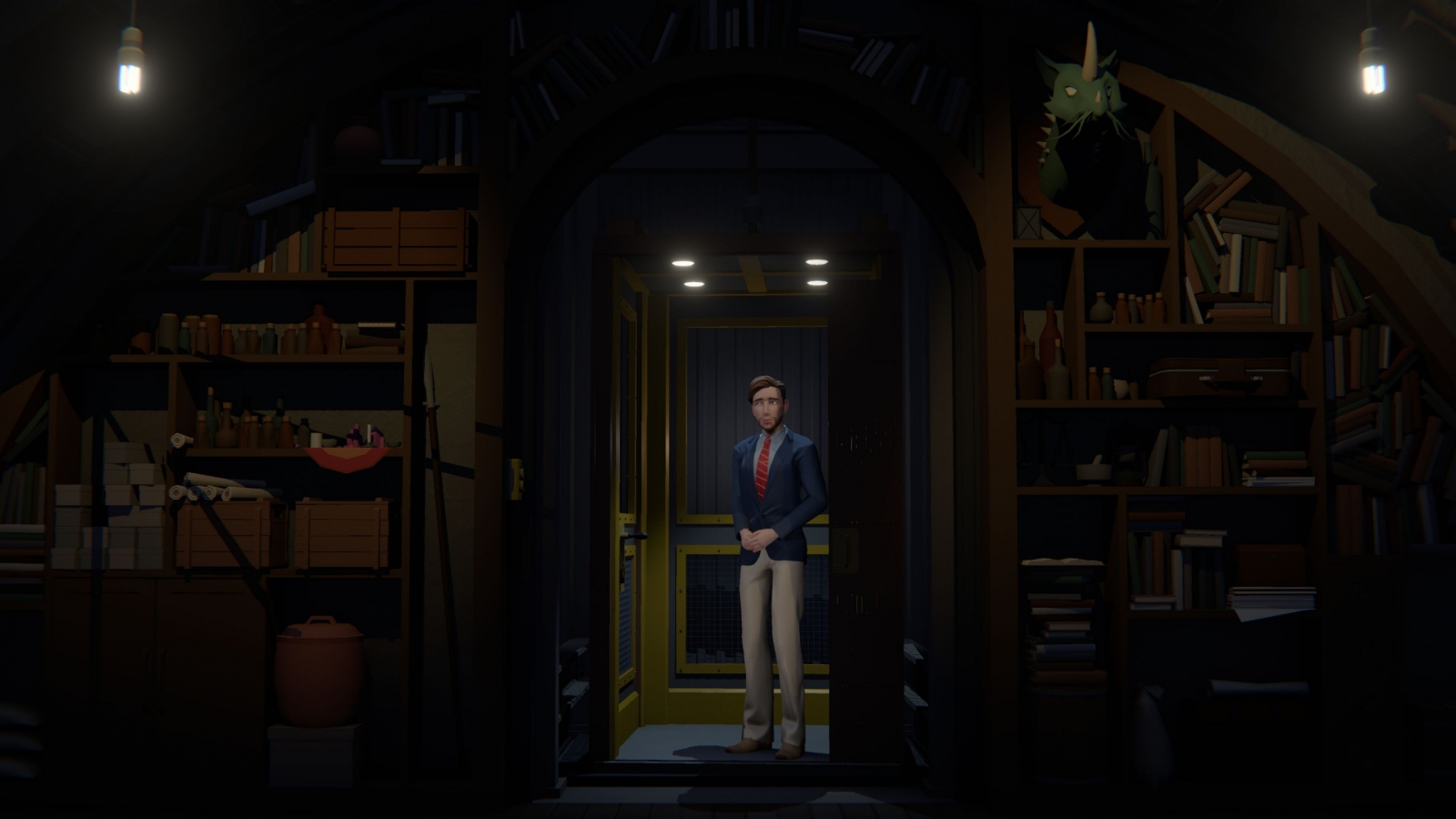 Last Stop is a hard game to review, because it is ultimately more of a TV show, albeit an interactive one, than it is a video game. Think the Telltale series of games, but with players having even less control aside from dialogue choices. That said, the characters are complex and the story is interesting, at least until the end when everything becomes rushed and too many questions are left unanswered. 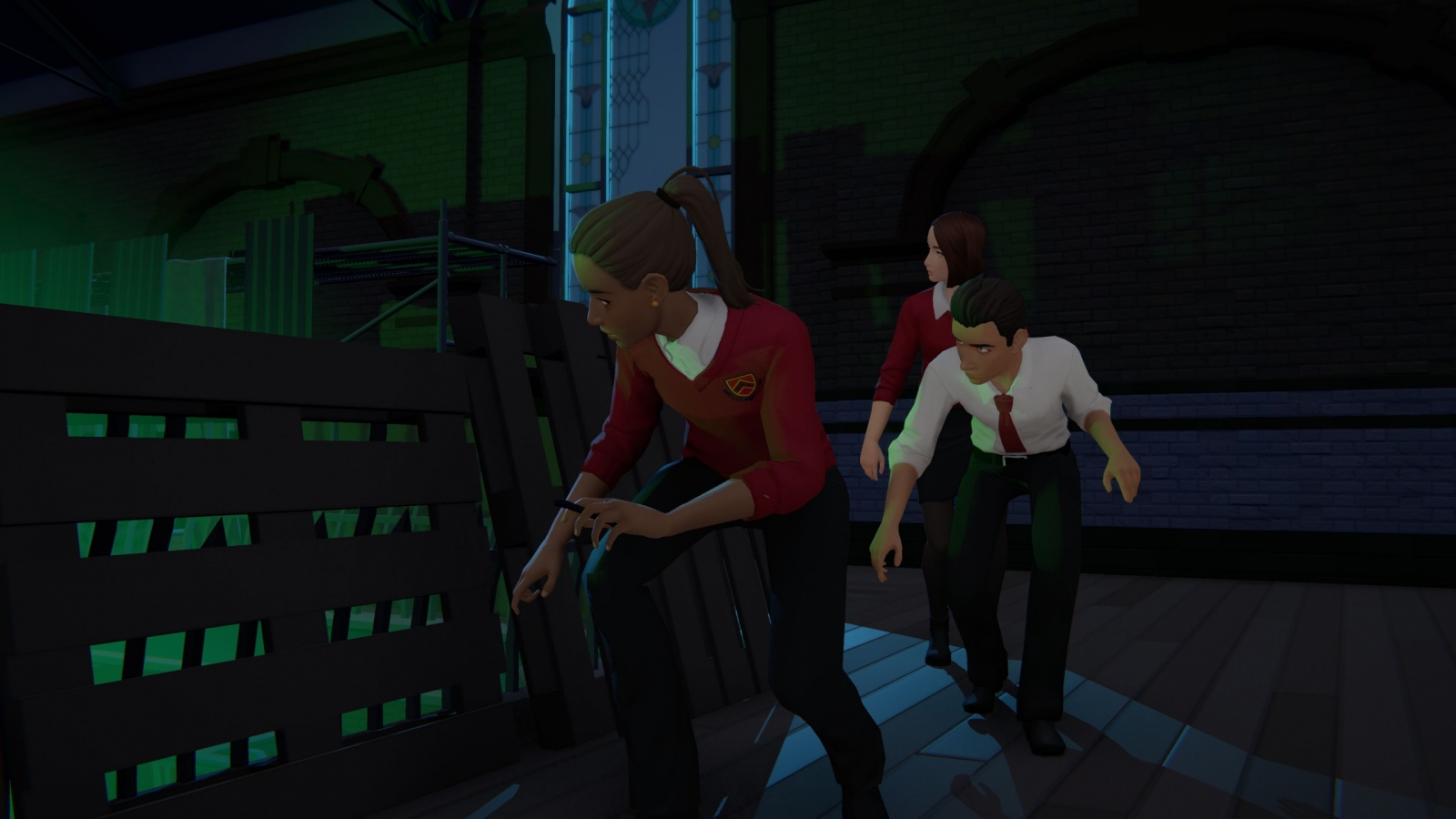 The game begins in 1982, following Peter and Sam who are running from the police inside a London subway tunnel. While sneaking through the tunnels they encounter a long hallway with a man standing at the end of it who seems to be expecting them. He opens a door that leads into a green void, Sam steps inside but Peter is reluctant to and soon finds himself alone in the subway, with the portal gone and the door now leading to a brick wall instead.

Jump ahead to present day where we meet John, Meena, and Donna. John is a down on his luck single parent to a daughter named Molly, has a heart condition, and is working a dead end job with a boss that loves to pick on him; Meena is a hard working, no nonsense woman in a strained marriage who dedicates her life to her work for the British Private Military; while Donna is a teenager who struggles to get along with her sister and mom, is a bit self centered, and prefers to spend time with her friends rather than her family.

John’s story sees him continuously running into his neighbor, Jack, a younger, fitter, man with John’s same initials so he keeps receiving John’s mail. One morning John and Jack both get off the subway at the same station, only for Jack to run into and knock over a strange man while he was too focused on his phone to notice his surroundings. The man falls and John rushes to help him up. Angry, the man grabs both Jack and John and somehow transfers their personalities into each other’s body. 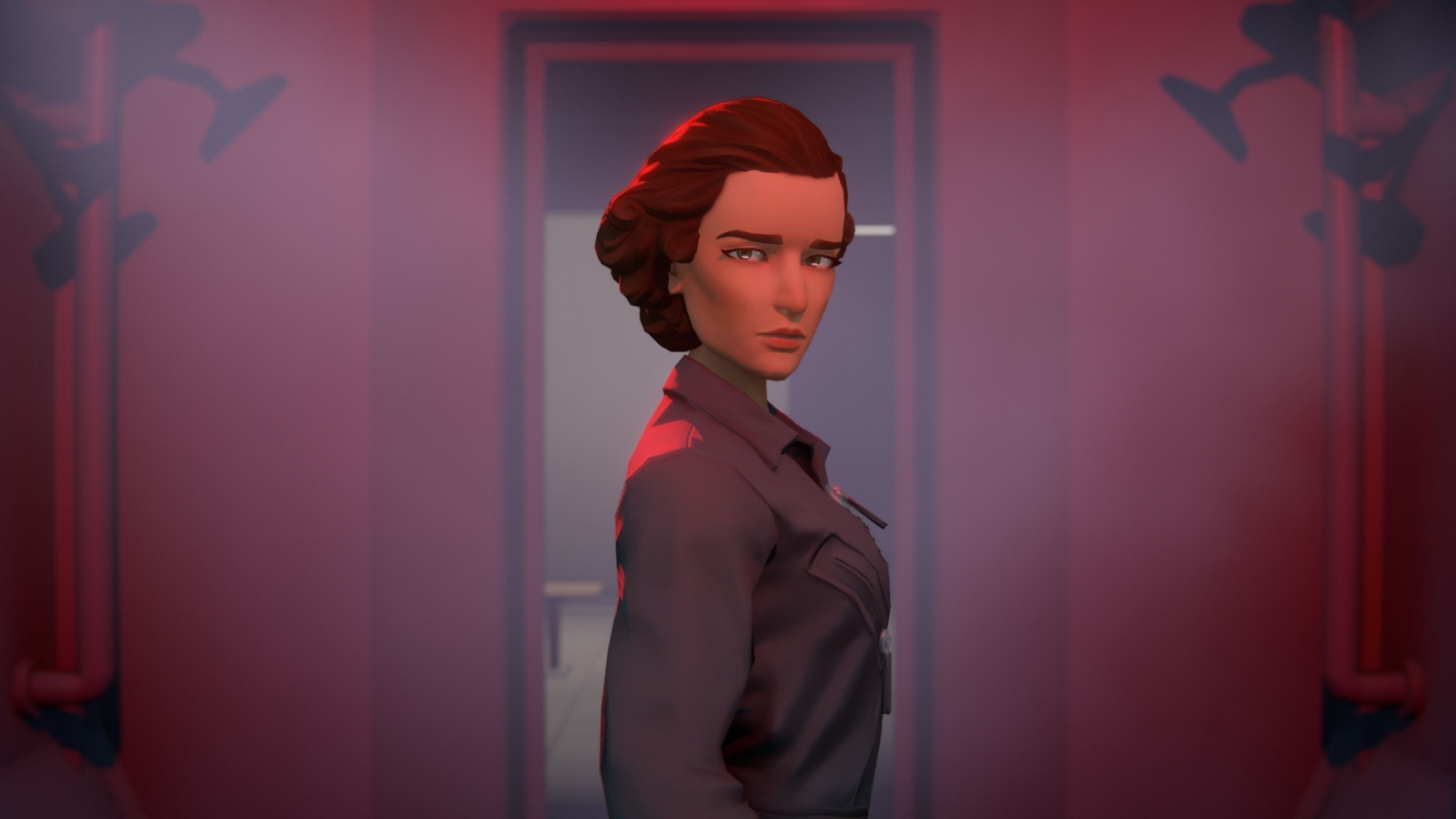 Meena is in a strained relationship with her husband and child, as her job tends to keep her out most nights, not to mention her affair with a local doctor. Desperate for a promotion, Meena focuses all her energy on work rather than repairing the damage being done at home and sees a new recruit, Amy, as her enemy and works to sabotage her chances of being promoted.

Donna and her friends Vivik and Becky notice Vivik’s neighbor brings home a variety of people nightly, but none ever leave his place. Deadset on figuring out what the neighbor is up to, the three follow him to an abandoned school pool, where they discover far more than they had ever bargained for.

Last Stop’s strength is derived from these complex and extremely different characters, with genuinely interesting stories. John is your average bloke attempting to make his way the best he knows how. Meena meanwhile, is the exact opposite – ruthless and selfish, she doesn’t care who she hurts to get what she wants. While Donna is your average teenager, naïve and self-centered, but ultimately kind hearted. 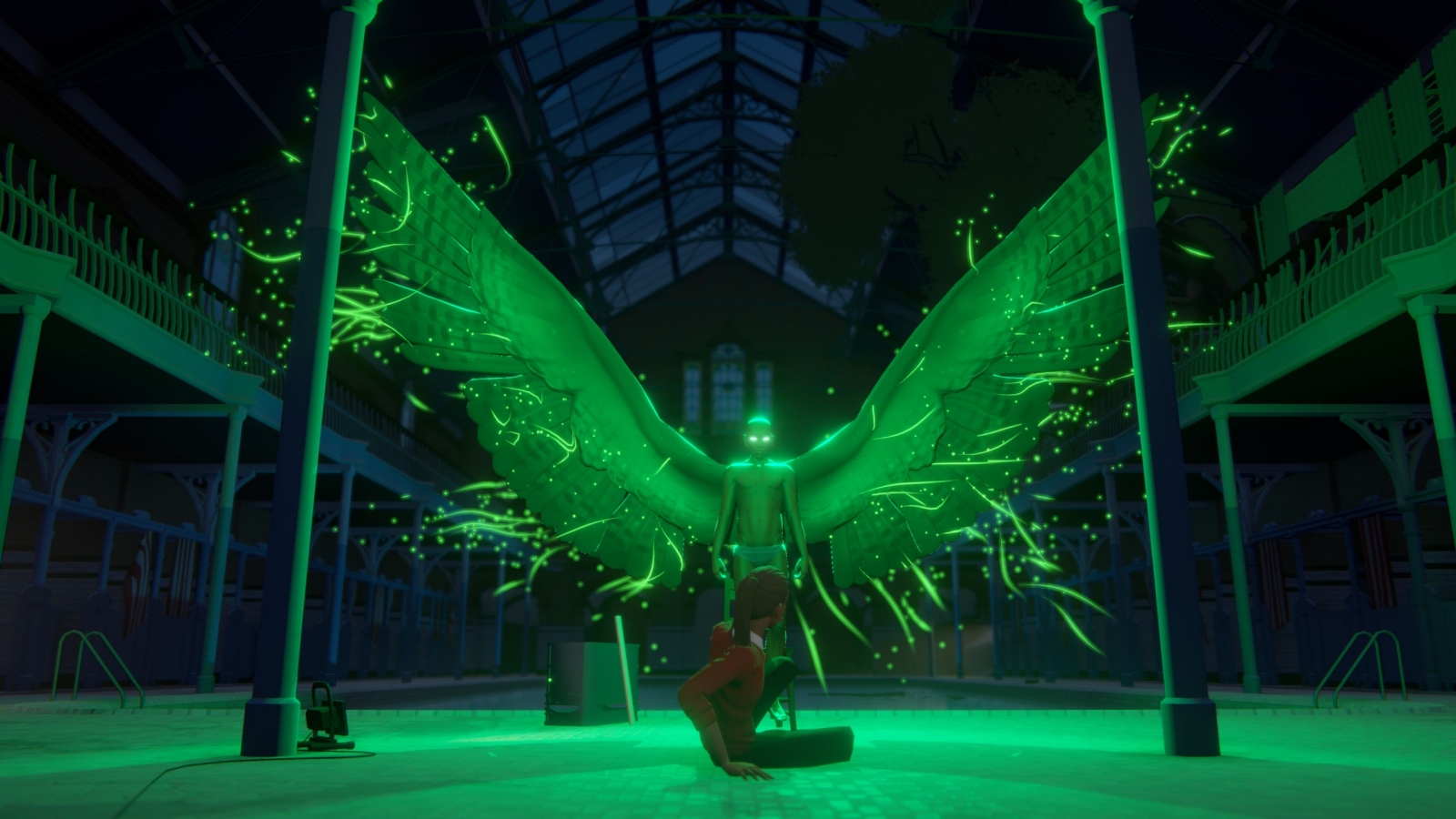 Each character has 6 chapters to their story, and can be played in whatever order you choose within that chapter. You must complete all three character’s stories in that chapter before moving on to the next chapter though, so you cannot just rush through one character’s entire story before beginning the next. Throughout each character’s 6 chapters there are a number of twists and turns, including clever ways to intertwine the protagonists’ lives, as the game pushes towards it’s unfortunately rushed ending.

The crux of the gameplay is in following these three unique stories. Players will take the reins of each character by selecting dialogue choices for them and sometimes moving them. Essentially, that is all the gameplay amounts to. There are never random items to investigate or pick up if the game didn’t already plan on you using them, and there are no secrets to uncover. You are simply guiding these characters through their stories. Granted, there are a few achievements you can receive by selecting certain actions or dialogue choices, but you’ll need to uncover these yourself as the game will not hint at what approach may reward a trophy.

Chapters are structured like a TV show and run anywhere from 10 minutes to 30 minutes in length, with some chapters being far shorter than others – especially in Meena’s case, which I felt had multiple chapters that were extremely short and just an attempt to pad a shorter story out. Upon beginning a new chapter you will get a “previously on” replay of past chapters to keep you up to speed with any important details you may have missed or forgotten. 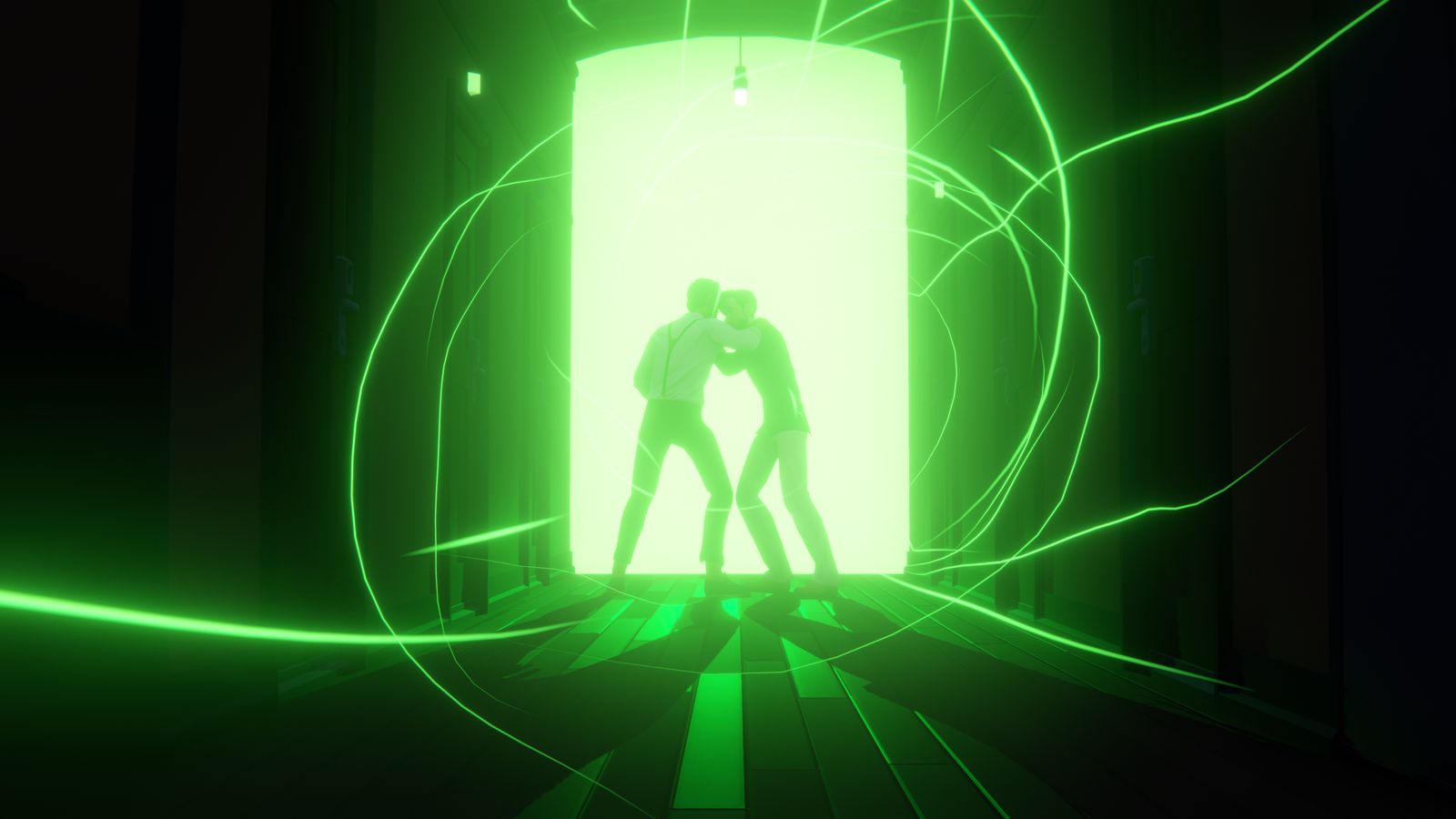 The only interactions you have in a chapter is either to select dialogue, which – although I’m not 100% certain – seems to not matter as ultimately the story will still go the way it is meant to, although characters may react slightly differently depending on your choices. You will also sometimes control your character directly, but almost always this is just a simple matter of walking or running for a screen or two. There’s no way to get lost or go the wrong way as the game always lets you know where to go without blatantly spelling it out. Be it a camera panning to the right or a set of buildings with only one light on, you’ll rarely wonder what to do next.

The instances where you control the characters are few and far between though, and normally only serve as time fillers while characters have a conversation. There are a few times when the game switches it up and lets you do a bit more, such as playing piano, putting together broken dishes, handling mundane office tasks, choosing an outfit, searching drawers, etc. But even in these instances there are only very specific ways to progress and, again, really seem to mainly serve as a background to a conversation piece or to display a growing bond between two characters, etc.

Despite the lack of gameplay, Last Stop was still incredibly engrossing throughout. Once you accept that the point of the game is just to experience the story, then you’ll find yourself dragged into these character’s worlds. 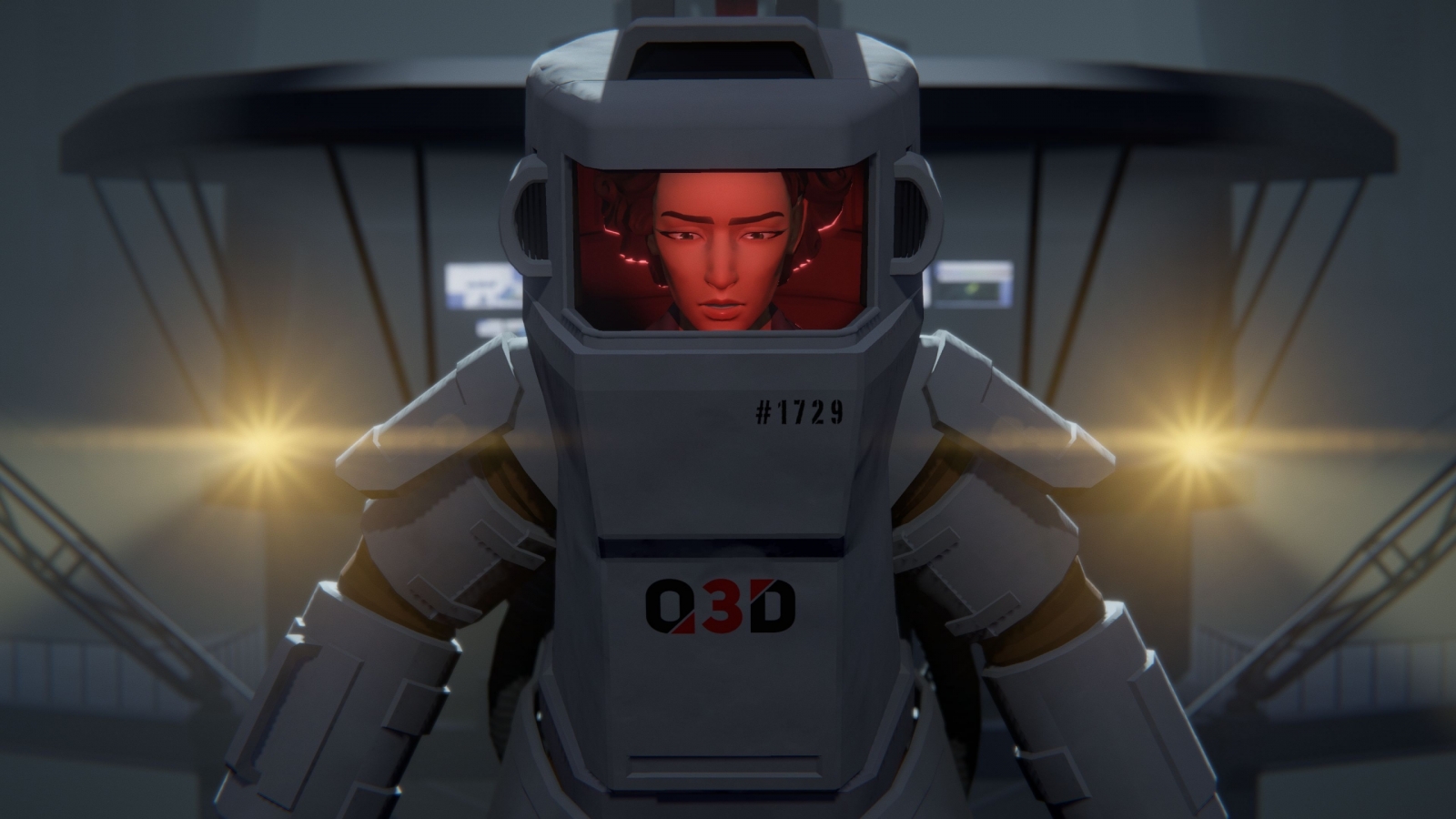 Unfortunately, some of the stories are better than others, with John’s being a stand out to me and Meena’s being a bit too hard to enjoy because of how downright self-centered and egotistical her character can be at times. The game rarely lets you break out from the character’s personality types, which I did appreciate. Meaning you can’t make Meena all of a sudden be a loving, caring wife and mother, and you can’t make John become an uncaring single parent. The story sticks to its roots and challenges you to accept these characters as they are, flaws and all, and to try to understand why they are the way they are.

While most of the game is lighthearted and even quite funny at first, by the end the game gets relatively dark and convoluted. I appreciated seeing how all the stories intertwined, but by the time the credits rolled I had far more questions than answers as nearly nothing that happens at the end explains why the story unfolded the way it did and the motivations behind those involved. I really feel that the game would have benefited from another chapter for each character to show the aftermath of their actions and explain the unanswered questions that remained.

Still, I enjoyed the ending for what it was and was glad that it had, what I assume, to be the only choices that ultimately affect the ending of the game for each character, despite the results of their choices showing up as little more than a minute or so of cutscenes for each character.

If I am being vague, it is only because the story is the sole reason to play Last Stop and to explain anything aside from the set up would be a disservice to those who may pick up the game. Just know that despite its flaws and lack of gameplay, it is still enjoyable and well worth experiencing.

Last Stop was unlike any narrative driven game I’ve played. The stories were all unique, with fully fleshed out characters, great dialogue and voice acting, and a highly entertaining, if ultimately a bit of a letdown, story that finds satisfying ways to intertwine all three characters. Fans of Telltale’s game series will find a lot to love in this mature narrative centering on life, love, loss, betrayal, and redemption.

Richard Allen is a freelance writer and contributing editor for various publications. When not writing for Gaming Trend you can find him covering theatre for Broadway World, movies and TV for Fandomize, or working on original stories. An avid retro gamer, he is overly obsessed with Dragon's Lair. Chat with him via @thricetheartist on Twitter and @richardallenwrites on Facebook and Instagram.
Related Articles: Last Stop
Share
Tweet
Share
Submit