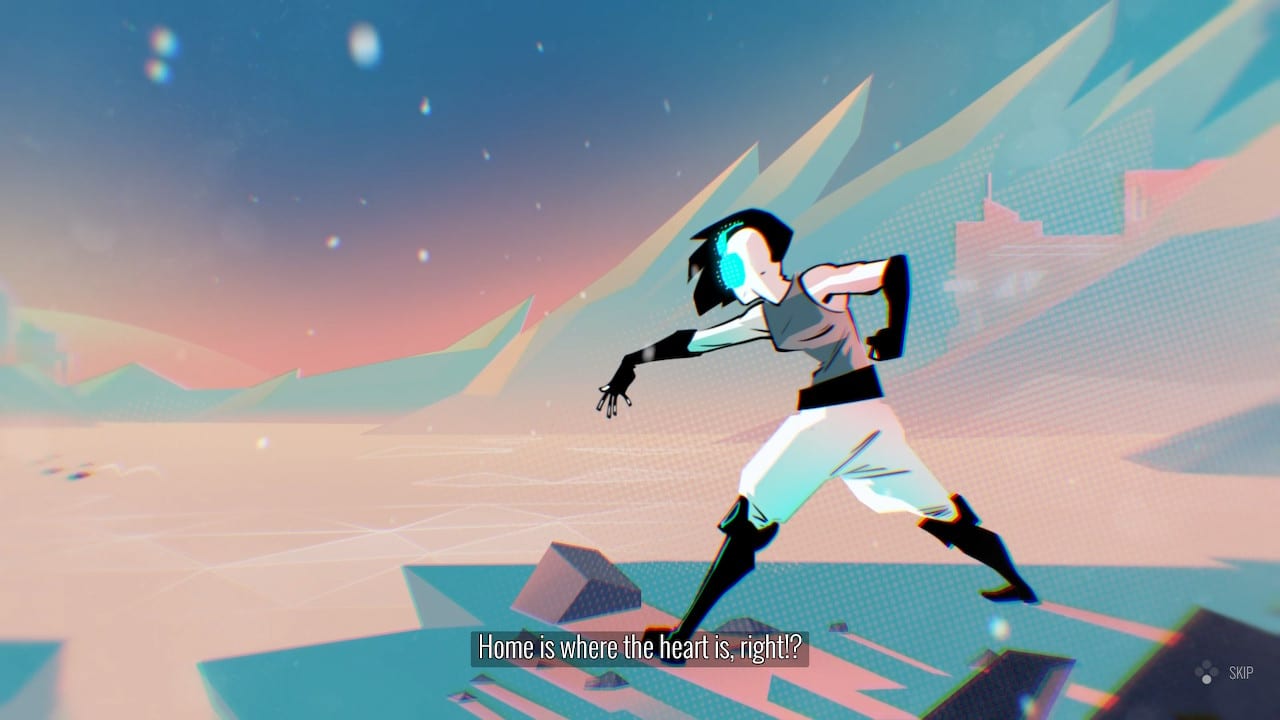 One of the most bittersweet feelings in entertainment is finding an artist’s work when they’ve passed away. While you won’t see any new work in the future (barring some posthumous exceptions), it feels like a wonderful “in memoriam” presentation of the past. I had this mindset going into Avicii Invector: Encore Edition, a Switch release of 2019’s futuristic rhythm game. This version of the game is perhaps the best collection of tracks from the late Tim Bergling mixed with some killer gameplay and will make any player consider picking it up an instant fan of Avicii once they’re done.

In terms of rhythm game comparisons, Avicii Invector feels like a mix of Amplitude and Thumper, as you control a spaceship on a (mostly) fixed path. Depending on which of the four difficulty levels you pick, you’ll guide the ship and have to press corresponding face buttons (plus the L button) and will have to either rotate your ship or change lanes. Some segments also task you with flying through different rings; these three stage types will constantly have you on your toes, and it’s a nice change of pace compared to staying with one style. 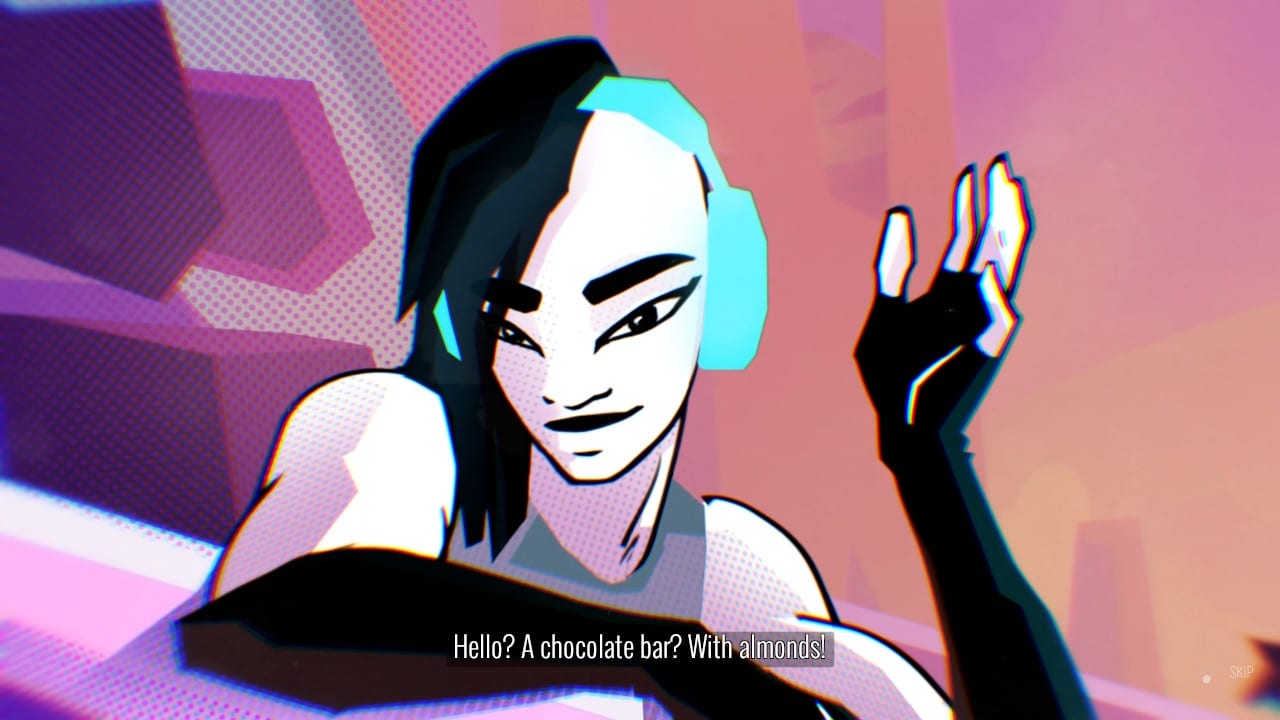 I have to commend Hello There Games for making an innovative rhythm gameplay loop that manages to make Avicii Invector fresh yet still familiar. That said, there are a few problems within the main gameplay loop that won’t bother casual players but might annoy those in high-level play. While normally there are indicators and buttons to show where you need to rotate or move your ship, some buttons are placed in positions that aren’t telegraphed (which means some cues appear in an illogical pattern without warning), causing some frustration if you don’t memorize a specific chart.

Additionally, the game speeds up at a 4X (and 8X with an unlockable Boost power), so it can be jarring to navigate through hard sections of a song by sight reading. Additionally, the control scheme doesn’t feel as natural on the Switch via handheld mode; I had a much better time with a Pro controller in tabletop mode since the buttons feel bunched up on a portable. It would have been cool to have the option to remap controls, but as it stands, the innovative rail system outweighs the slightly uncomfortable Switch controls. 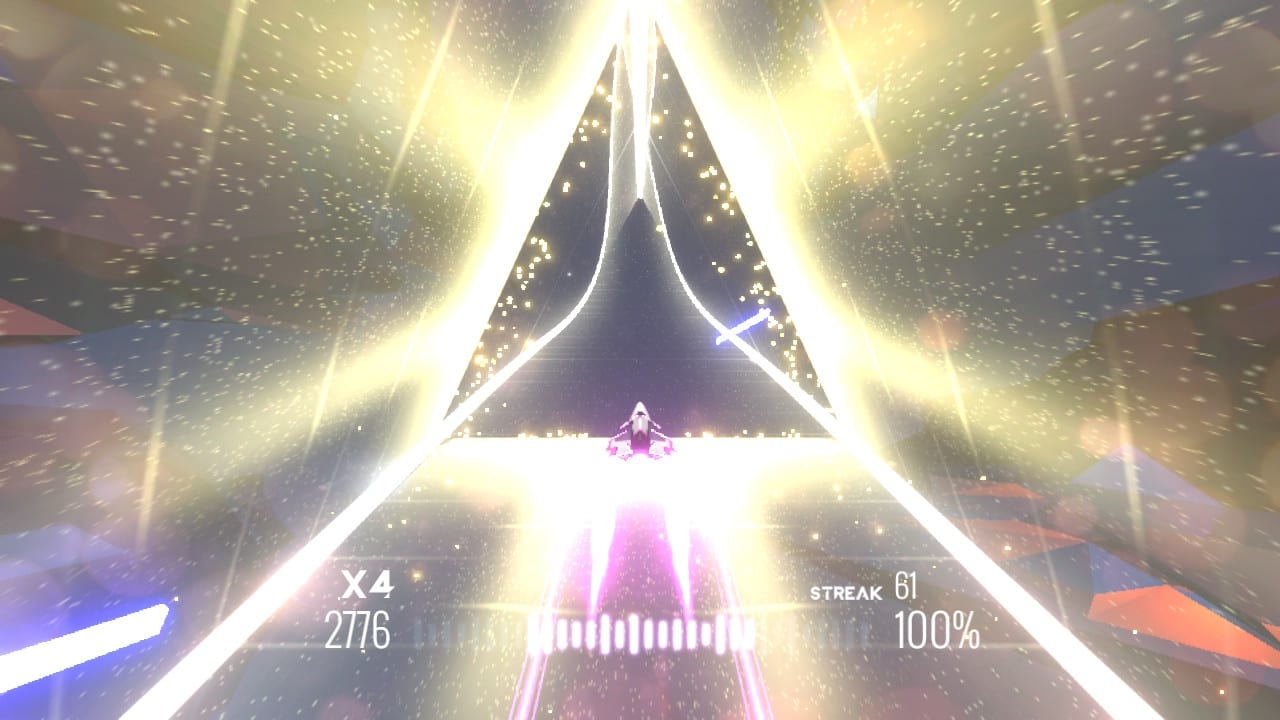 Now, we have a review for the original Avicii Invector, which you can check out here. There aren’t any changes made to the base product, so issues like the unnecessary story and lack of online multiplayer remain. That said, hard difficulty is unlocked from the beginning, so you won’t have to do some (pure) grinding to play the challenging versions of the setlist. Oddly enough, the Switch version of the game stays true to the previous console and PC versions by keeping up with silky smooth performance and the same slick presentation. You really aren’t compromising anything by playing this version, and because it’s on the go, I’d say it’s a much preferable experience (provided you have a Pro Controller or don’t mind a trickier handheld experience).

Considering both the base game and the Encore Edition are available on the eShop, I’d recommend picking up the slightly pricier Encore Edition, which adds 10 songs to the package for about $10 more. Not only because part of the proceeds of each sale go to the Tim Bergling Foundation and Safe in Our World (charities with a focus on suicide prevention and mental health awareness, respectively), but the added songs make the experience more fleshed out compared to the 25-song base game. For those with the base game, you can purchase the Tim pack (which features songs from the Avicii’s posthumous album, Tim), or the Magma pack (which includes a new world as well as songs from the artist’s earlier career). 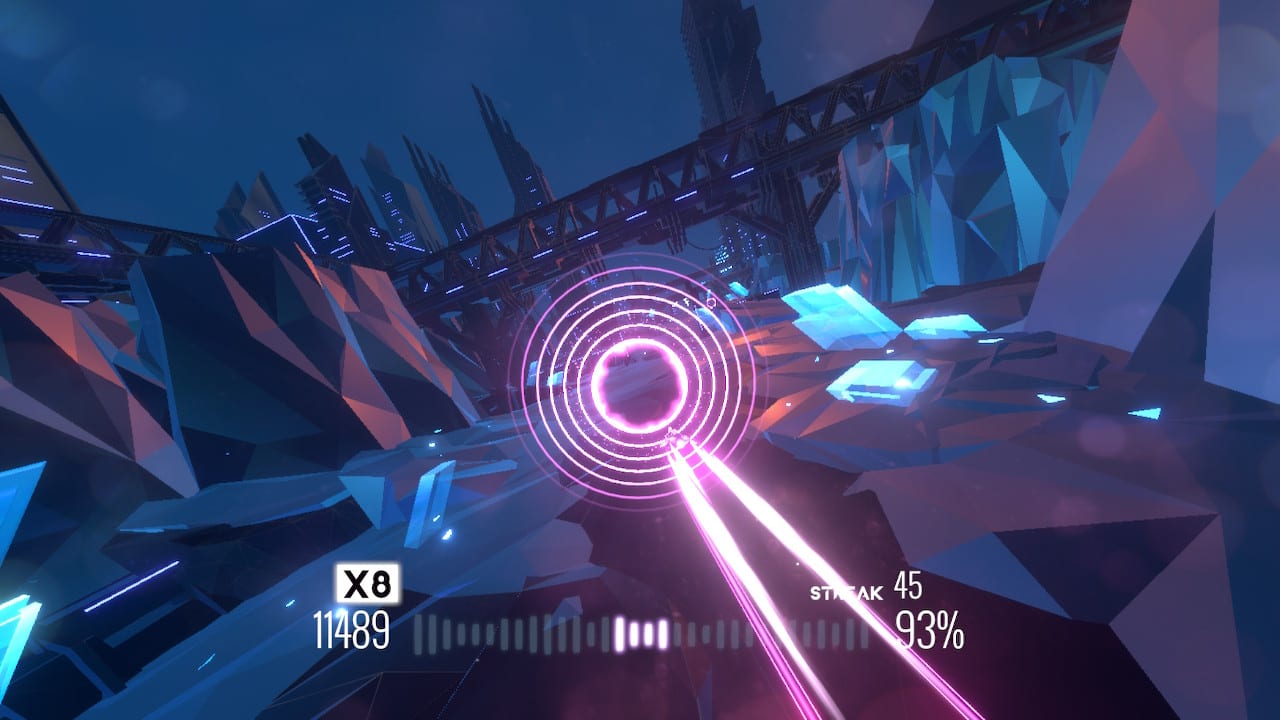 Codi’s criticism with the base game was that it was a bit short, and that point still exists here since the main experience is unchanged. However, adding nearly half as many songs into the songlist here makes this a better package because the gameplay doesn’t overstay its welcome; it’s lengthy enough to be a meaty rhythm game experience without it feeling like padding. While I’m still a bit disappointed we didn’t get the original version of The Nights, there were a surprising amount of songs I realized I’ve listened to before. (For reference, Without You was actually in the Scoob! movie trailer, and based on the song’s message… not sure where they were going with that one.) 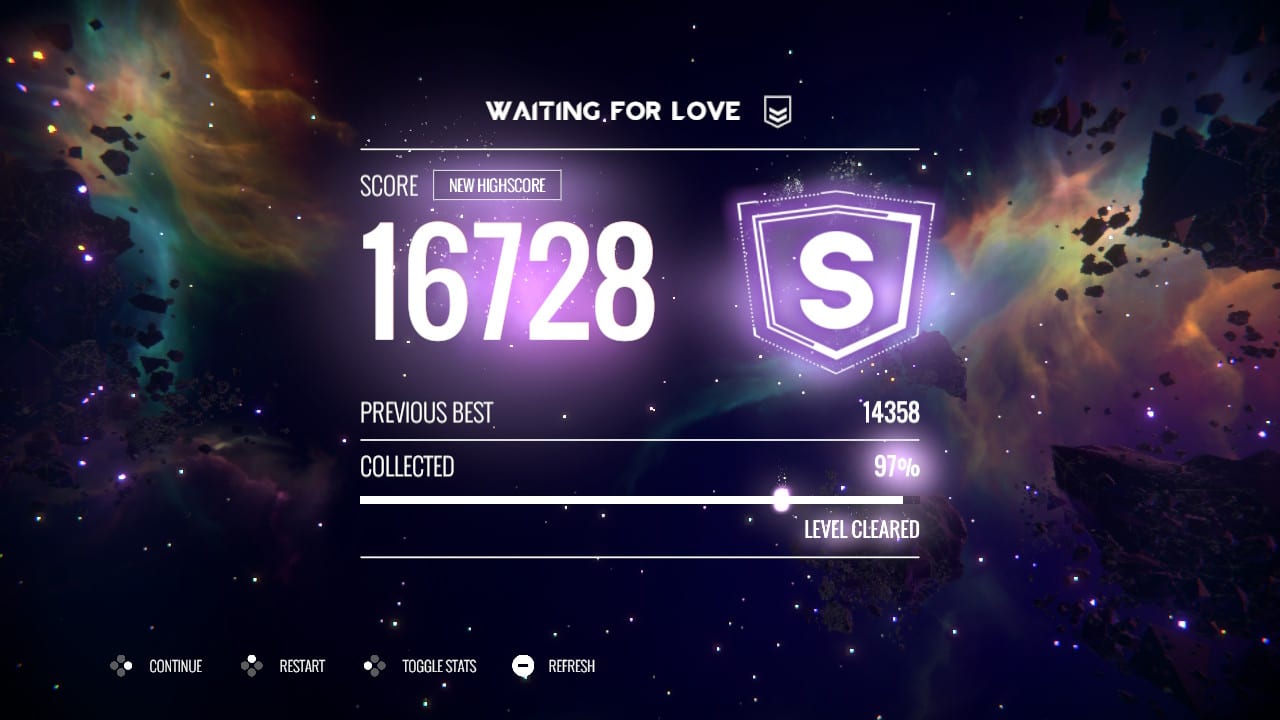 The true mark of a great rhythm game is how much it encourages me to listen to the soundtrack outside of gameplay. Much like how Dance Dance Revolution got me into J-pop and even some Eurobeat or how Guitar Hero gets people into rock music, Avicii Invector had me firing up my favorite music streaming app and listening to the artist’s discography repeatedly. There’s a ton of stuff here that will entice an EDM fan (hot take: I actually loved Avicii’s Stories album more than True), and even if the artist’s stylings aren’t your cup of tea, the game does a great job of making the songs infectiously entertaining regardless. I really hope that the developers could one day make a sequel to this formula adding more EDM acts and artists; it would be a pretty delightful romp to play.

Avicii Invector: Encore Edition adds a few more songs into last year’s rhythm game tribute, and it’s a solid addition. The Switch version is up to par with the other consoles, and you can now listen to much of the late EDM artist’s work in one awesomely entertaining package.

Elisha Deogracias is an aspiring accountant by day, freelance writer by night. Before writing for Gaming Trend, he had a small gig on the now defunct Examiner. When not being a third wheel with his best friends on dates or yearning for some closure on Pushing Daisies, he's busy catching up on shonen manga and wacky rhythm games. Mains R.O.B. in Smash. Still doesn't know if he's a kid or a squid.
Related Articles: Avicii Invector: Encore Edition
Share
Tweet
Share
Submit