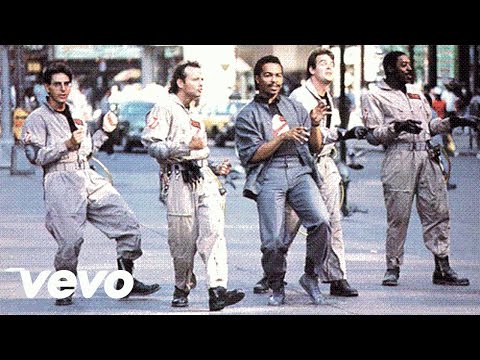 Back in 2009, original movie co-creators Dan Aykroyd and Harold Ramis, stymied by the 25 year stonewalling by equally stubborn-but-loved actor Bill Murray’s refusal to rejoin them for more ghost busting action, came together to create a fairly fantastic romp in Ghostbusters: The Video Game. Fast forward to 2016 and we have an all-new, all-female cast battling a slew of freaky ghosts. Surprisingly, this game has almost nothing to do with either of those.

Tangentially, this ghost busting crew is aware of the team in the new movie, but I guess Ghostbusters became a Subway-like franchise organization in the 33 years since the first movie, as these four are in their own firehouse in some other city. The crew is made up of two male and two female characters, each with special weapons and grenades, the weapons Ghostbusters are most known for, in addition to the traditional proton pack. The story kicks off with the team getting a call to come bust some ghosts, as you might expect, and that teaspoon depth is right where the storyline stays. It’s in the design choices from here that something strange (in the neighborhood) happens.

It’s the new crew….whoever the hell they are.

Right out of the gate, Ghostbusters reminds me of an arcade game. Don’t take that as an indictment of any kind, but it does imply a few things. As you select your character you can rename them from “Player 1,” but if you were imagining the console keyboard popup, think back to how it’d work in a 1984 arcade. Using the thumbstick to arrow through adding your name to a high score leaderboard is exactly how this functions. Similarly, accidentally punching past your eventual upgrades offers no way to return to the screen until you haul your way through the next level. If you’ve got flashbacks of coin-op, you are now on the right page for the rest of this review.

Thinking back to a game like Mortal Kombat, you’d be treated to some sort of introduction, and then when you beat the game you’d get an ending cinematic, or at least some sort of bow to tie up the story. Similarly, Ghostbusters provides a fairly fantastic, heavily stylized cinematic in the beginning of the game, and another to close out the half-dozen hour adventure. Like a sandwich with a third slice of bread in the middle, the ten levels in between are just plain dry.

A boss fight. Not pictured: Fun.

I’d love to give you some memorable quotes (“Listen! Do you smell something?” – Dr. Ray Stantz) from this Ghostbusters game or even a quip from the new one, but I can’t readily recall anything this crew had to say that was remotely interesting. It doesn’t stop the game from doing some sort of sweeping crane shot around the team before and after each mission while they babble useless word-salad about their love of slamming ghosts, or what seems to be the punchline to a joke that nobody told. They carry on with this banter throughout the mission, but it’s equally as memorable.

The real offense here comes from the single touch of authenticity (beyond the sound of the proton packs) — the Ray Parker Jr. Ghostbusters theme. Do you like that song? Do you like it a lot? Well, you’re in luck! The song plays near constantly. From the moment the game opens, at every menu, and in between every level, you are treated to the titular track on a constant loop. The in-mission music is uninspired and fairly forgettable, but if I never hear the Ray Parker Jr. track again, it’ll be too soon.

Back to the gameplay side of things, the game is a Gauntlet-esque twin-stick shooter, zapping ghosts and uncovering stuff with your PK-E meter. There are little bonus nuggets to find (though they don’t do anything beyond additional points to spend on leveling up), but any semblance of secrecy is busted by the constant pop-up prompt reminding you that it’s once again time to slow things down.

Ghostbusters is a fairly slow-moving game, made so much slower when scanning for the randomly-placed spectral symbols peppered throughout the straightforward levels. Grinding the action to a halt, the PK-E also unveils a fairly fatal flaw for any cooperative game — a complete lack of sharing.

Every ghost you pop, symbol you uncover, gravestone or table you defile, or specter you slam yields points which can be used to upgrade your character. Leveling up grants points which can be spent on upgrades that reduce the cooldown on your always-overheating proton pack, make your grenades more effective (if you didn’t always lob like an MLB relief pitcher warming up), increase health (though you’ll likely pray for death), and others. I say others as none of it ever really matters. There isn’t a strategy here. Shoot the things, tether the boss, box it, rinse, repeat. Bosses become sub-bosses, and you’ll see them arrive in different colors, but it’s as predictable as watching paint dry.

Ghost slamming. It’s as awkward as it sounds.

There is one time when you share a bit of experience points — bosses. Each boss gets a marginal amount of backstory, and taking them down does grant some XP for everyone. Oddly enough, however, when while my wife and I were leveling up, our AI partners were staying the same level. After a few levels, we were tearing up ghosts while our brain-dead boat anchors revived us whenever we fell asleep at the wheel. The solution is to bring more friends, but when the game is this devoid of progression or fun, it’s hard to want that for them.

Like a thick pink slime oozing up from the sidewalk seams, there is one other problem that turns Ghostbusters from a decidedly mediocre and uninspired game into one I can’t recommend to anyone — lack of quality assurance. Occasionally your ghost buster will halt in their tracks like they’ve lost the will to live. They won’t turn, fire, or move in any way. Dropping out and rejoining fixes this issue. When it happens to a boss, and they become lodged behind an object or the bland environment, your only choice is to restart the level. Not to worry, though, the game has stability issues as well, so it might just crash and save you the effort.

Ghostbusters as a couch co-op game is a dream on paper. Unfortunately, the execution from FireForge Games is so lackluster and devoid of quality that publisher Activision should be ashamed in having released it. It’s a shameless tangential cash-in based entirely on the power of an already-maligned reboot that nobody asked for. I’ll go see the movie for the popcorn, but let's leave this game in the Containment Unit. Light is green, trap is clean.

Ron Burke is the Editor in Chief for Gaming Trend. Currently living in Fort Worth, Texas, Ron is an old-school gamer who enjoys CRPGs, action/adventure, platformers, music games, and has recently gotten into tabletop gaming. Ron is also a fourth degree black belt, with a Master's rank in Matsumura Seito Shōrin-ryū, Moo Duk Kwan Tang Soo Do, Universal Tang Soo Do Alliance, and International Tang Soo Do Federation. He also holds ranks in several other styles in his search to be a well-rounded fighter. Ron has been married to Gaming Trend Editor, Laura Burke, for 21 years. They have three dogs - Pazuzu (Irish Terrier), Atë, and Calliope (both Australian Kelpie/Pit Bull mixes).
Related Articles: Ghostbusters
Share
Tweet
Share
Submit