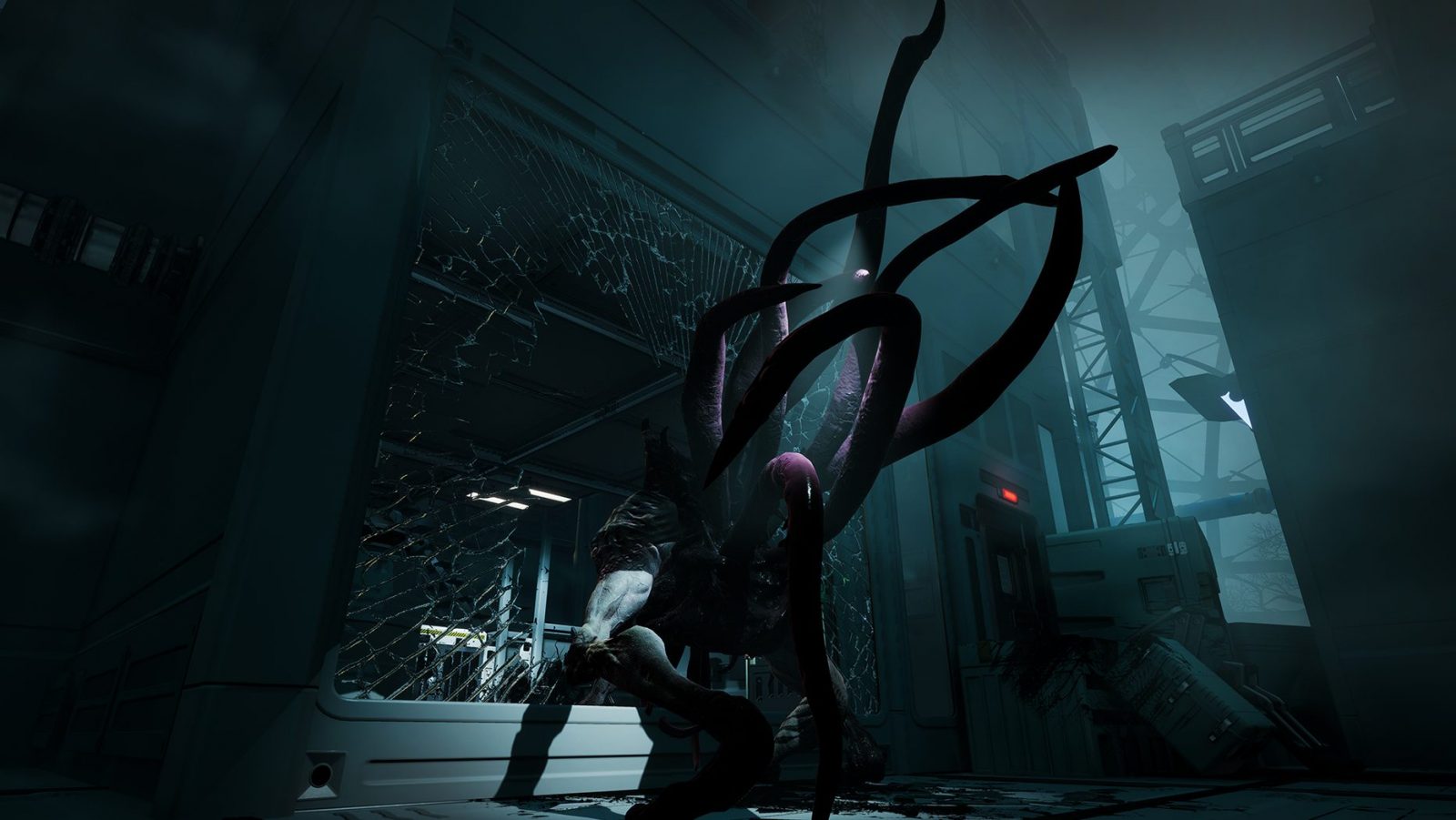 Have you ever wondered what life would be like if mankind ventured into space because they thought they found intelligent life? What challenges would these brave pioneers face? Would the horrors on Earth follow mankind into the depths of space, only doom us to an inevitable existence? These questions will all come to mind as you explore Mars. Moons of Madness is a peek through that window where we experience what it’s like to explore the red planet that is Mars and find out if the screams of those pioneers can be heard in the cold void of space.

Moons of Madness is a first-person horror game that looks to play on your emotions by subjecting you to the horrors of the unknown and then having to deal with the unexplained history of the protagonist, Shane Newhart, an Engineer for the Orochi group. With the Orochi group setting up shop on Mars to expand humanity’s reach in the universe, your job was to keep things running like clockwork. But things never go as planned on an alien world. 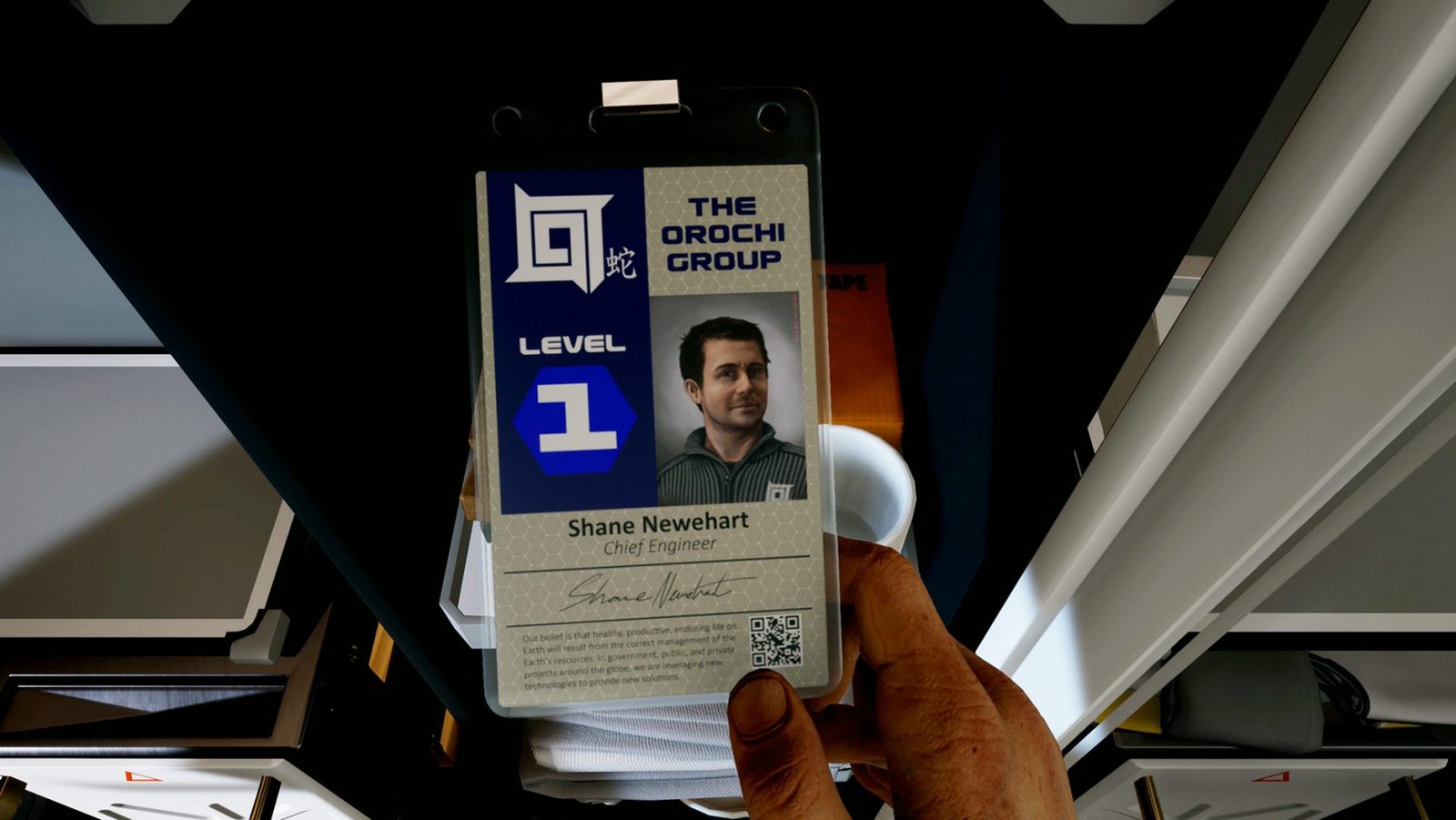 I thoroughly enjoyed moments of the game, but I finished it with mixed feelings about how Rock Pocket Games chose to weave the many storylines that feel unfulfilling with the gameplay. The game begins with Shane frantically waking up in his quarters from a nightmare, or he thinks he’s awake. Actually, we’re still in his dream and are about to get a taste of what a cold, isolated alien world feels like. Also, the horrors we’ll come to face. The game uses this moment to also show you how to interact with objects in the world. Because you get a peek at the horror that you’ll face later in the game, it deflated the tension and fear I was supposed to feel when I progressed in the game. What the game does successfully is trick you into believing or not believing what you saw is real or fake by having Shane suffer from hallucinations as you progress in the game.

As you move throughout the habitat on Mars, you can tell much care went into crafting the environment and making it as believable as possible. The visuals are intricately thought out and help tell the story of a planet that is completely alien. Even when venturing onto the barren surface of Mars, it feels dead. And with dust storms off in the distance limiting your view, you instantly become claustrophobic inside of your fishbowl helmet. Unfortunately, it comes at a price: I experienced framerate issues throughout my playthrough of the game, especially in areas where there’s intense light or particles. This is a major problem as you use a flashlight quite a bit in dark areas of the habitat that suffer power losses. 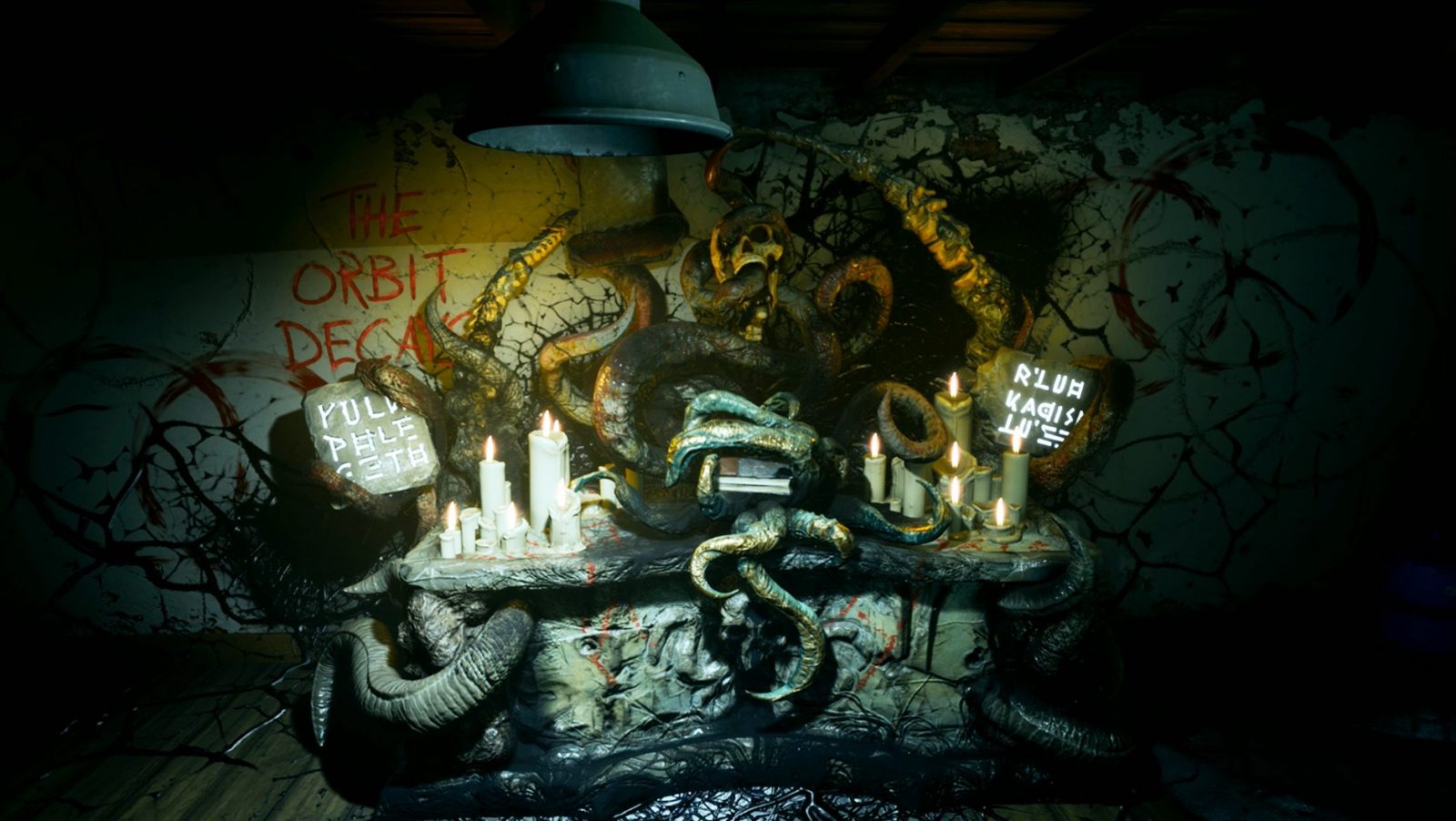 The ability to interact with objects in the world is simply amazing as well. You will often feel as if you are actually performing these actions that you command Shane to do. When you’re about to enter the “oxygenless” world that is Mars, you must enter a pressurized room and close the door behind you, put on your helmet, depressurize the room (do so, or know what a deflated balloon feels like), then exit to the surface of the planet. Important steps such as these are crucial to your survival, and you’ll find yourself paranoid the first few times you do it. Even as you move about the world completing quests, you must monitor your oxygen levels and refill them at stations scattered in the objective area. There are times when interactions feel overly engineered. Want to pick up a flashlight? You have to pick it up and select to put it into your inventory. That shouldn’t be a choice because it is an essential tool to progressing in the game. Want to crawl into the duct work? You have to select the opening and choose to go into it, as if there were another option.

Objectives are usually fetch quests that have you moving from station to station, trying to fix things like solar panel arrays, fix a leaking water system that’s spraying mist into the habitat, and locate key cards to access areas that are above your pay grade. Many of the quests are puzzles that you must solve by using the scanner on your wrist or by simply using common sense. None of them challenge you to think outside of the box, nor do they feed off the alien world that you are forced into. You can use the scanner on your wrist to access systems that have been destroyed, like when I had to reset the solar array panels. It can also be used for learning about items in the area you’re searching, reviewing an objective, or information in the world. 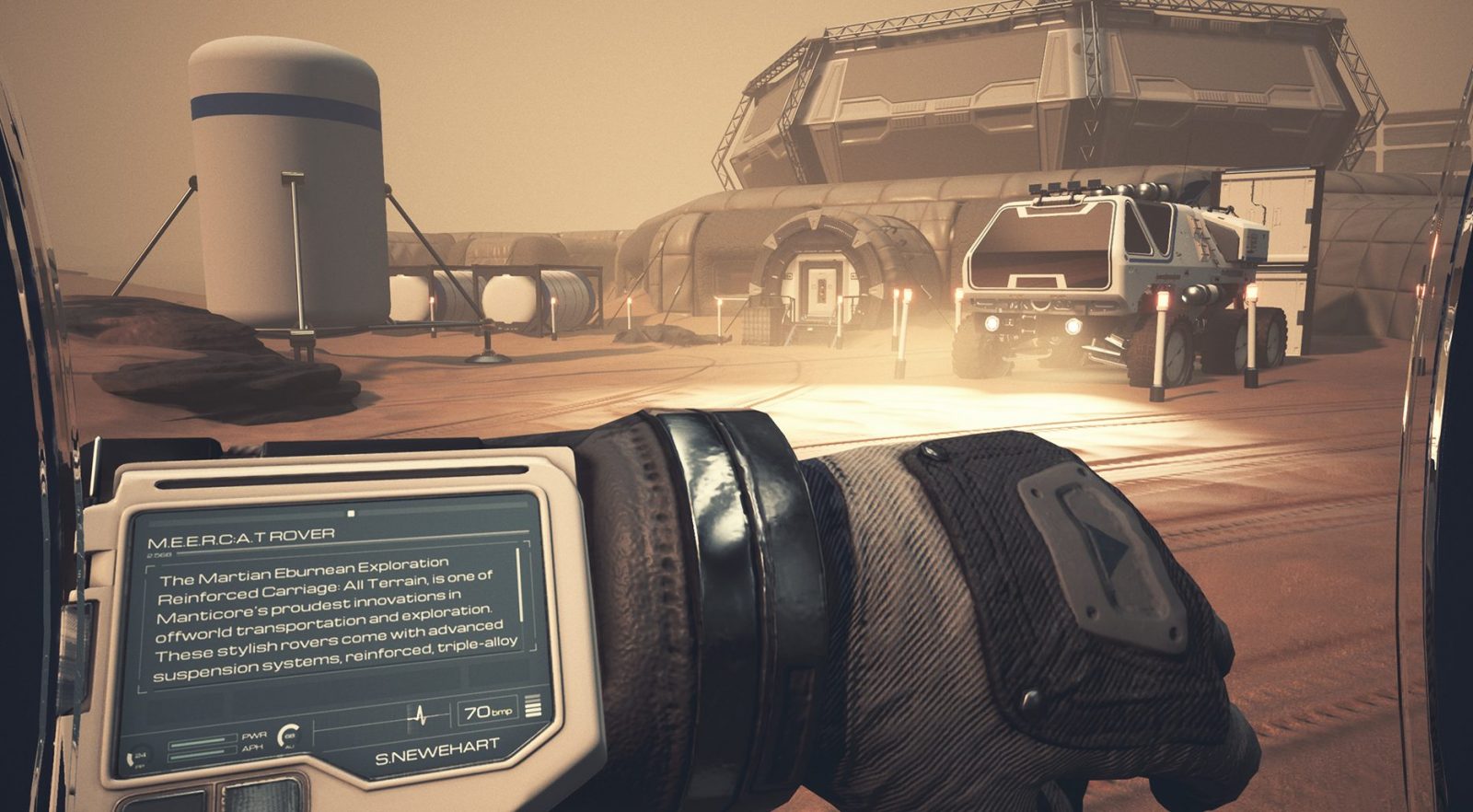 As you work with your co-workers that seem to be the ones giving you objectives, storylines become vague as you complete fetch quest after fetch quest. And because of this, the game often feels like a film adapted to a game. Many of the animations appear cinematic, with the camera panning over large areas to give the sense of vastness. Many times, the character’s dialogue told me how to complete the objective before I even had a chance to survey the room to determine it myself.

Unfortunately, the game does a mediocre job with storytelling, but it makes up for it with small moments of tension. The story often gets lost as you go minutes without hearing a word from Shane or anyone else. I would think that adding idle banter would mitigate this problem, especially since he’s hallucinating. When tensions are high, the music swells with a low baritone hum that fits perfectly with the mood. The pathways to get to locations are creepy and make you feel as if danger is around every corner. Again, I praise the level design and the intricateness of the world for this. The moments when you come across monsters feel a bit flat and uninspiring. Because you don’t carry a real weapon, you find ways to defeat the creature or you can simply turn and run until you’ve gotten the courage to face it, as there are moments when it won’t give chase.

Moons of Madness plays more like a cinematic experience than an actual game. Its immersion visually is sublime, and though objects are intuitively interactive, the story lacks the emotional pull needed to match the tone and mood set forth. You will undoubtedly feel as if you are on an alien planet, but that’s it. The imbalance of story, gameplay, and interactivity with the enemy becomes apparent the more you play. And with much of the story being told through accessing terminals and listening to banter dialogue, I often felt as if I was no longer interested in what was occurring around me.

T.K. is a freelance writer, narrative designer, and author. Writing and developing narratives and giving voices to digital world and characters is his passion. As a game writer, QA game analyst, and editor for Gaming Trend, he enjoys being a part of the gaming industry.
Related Articles: Indies, Moons of Madness
Share
Tweet
Share
Submit