There’s a well-known saying that “things may not always be what they seem.” Whether it be people, objects, plot, and so on, there may be things hidden under the surface. They could be good, they good be bad — the point is that they’re more complex than you’d think at a first glance. Video games like to play with this idea as well, especially horror games. Layers of Fear 2 presents you a story of an actor preparing for a role on a cruise ship, but it soon becomes clear that there’s more at work here. With an uncomfortable atmosphere, some scary moments, and an interesting backstory, Layers of Fear 2 gives you plenty to enjoy.

Layers of Fear 2 puts you in the shoes of a new protagonist, separate from the first game. You’re an actor who, at the behest of a demanding director, hops aboard a cruise ship to see if you have what it takes to star in his next film. The areas of the ship that you explore have been blocked off to the rest of the passengers in order to prevent you from being disturbed. Things start off calm as you walk around, taking in the environment, and slowly learning bits of the story from miscellaneous objects scattered around. But not much time passes before weird things begin to happen. This is where the real game begins. 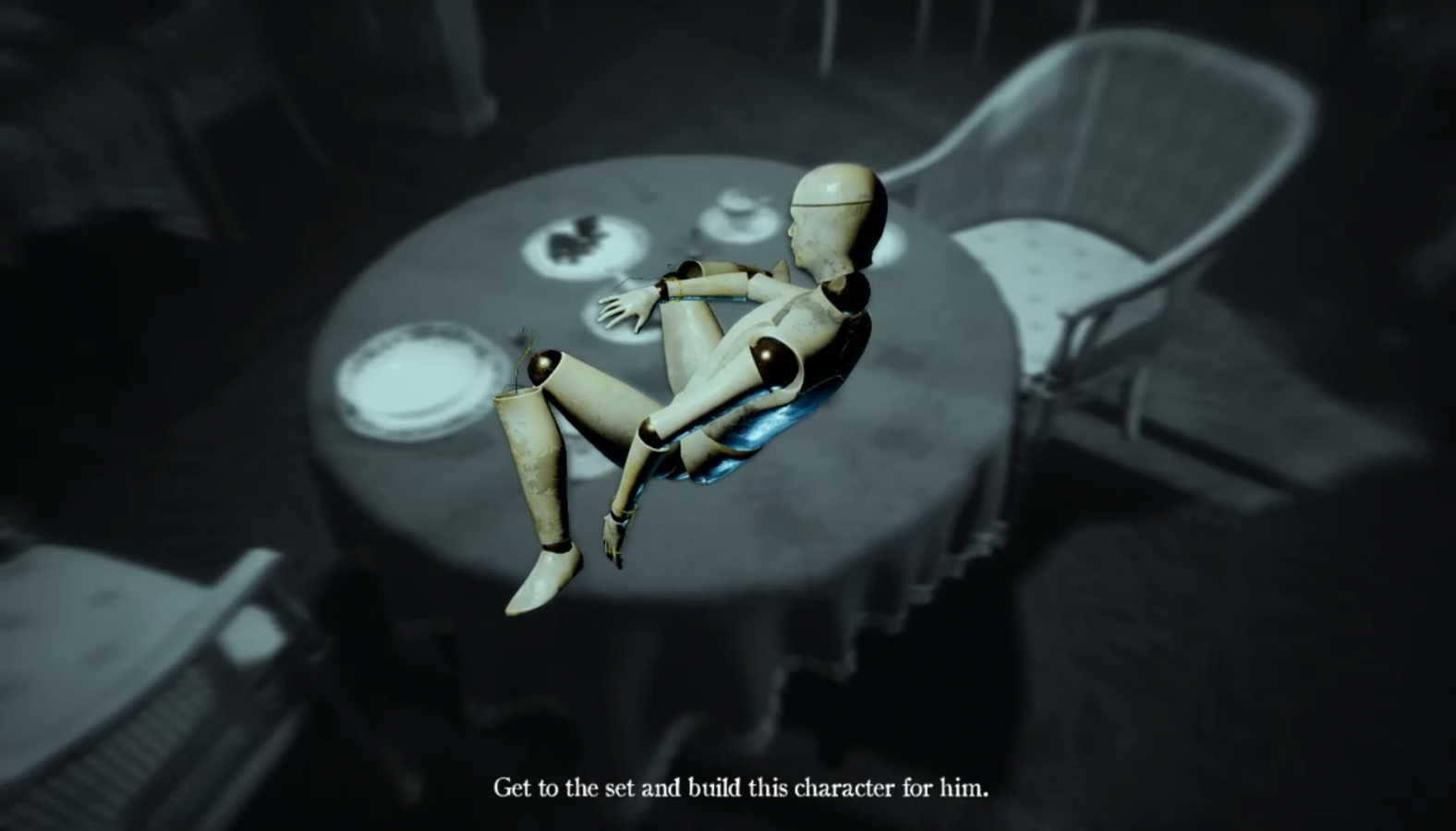 The story of Layers of Fear 2 has a lot of parts; some that you learn from story-driven events, and those that you learn from exploring and discovering flashing objects. Clicking on these objects either gives you text to read or narration from past events. At first, some of this information doesn’t make much sense, but as you progress and hopefully find more objects to learn from, the plot begins to piece itself together. If you try to rush through the game and not explore as much as possible, then you’re sure to miss out on some good stuff. I always enjoy investigating the environment in games like these anyway, but the added benefit of piecing together a hidden backstory made me even happier. Happy may be a weird word to use when talking about a horror game, but that’s how it made me feel.

The gameplay boils down to walking around, investigating and interacting with the environment, and avoiding death when threats present themselves. I won’t spoil any specifics, but let’s just say that you’re going to need to run for your life at certain junctions. There’s no way to fight back, but the fear of being defenseless is part of the fun. For those who hate games like Outlast where you have to run and hide from threats, don’t worry, running from threats is nowhere near as common in this game as it is in ones like Outlast. I’d say they balanced it pretty well here. 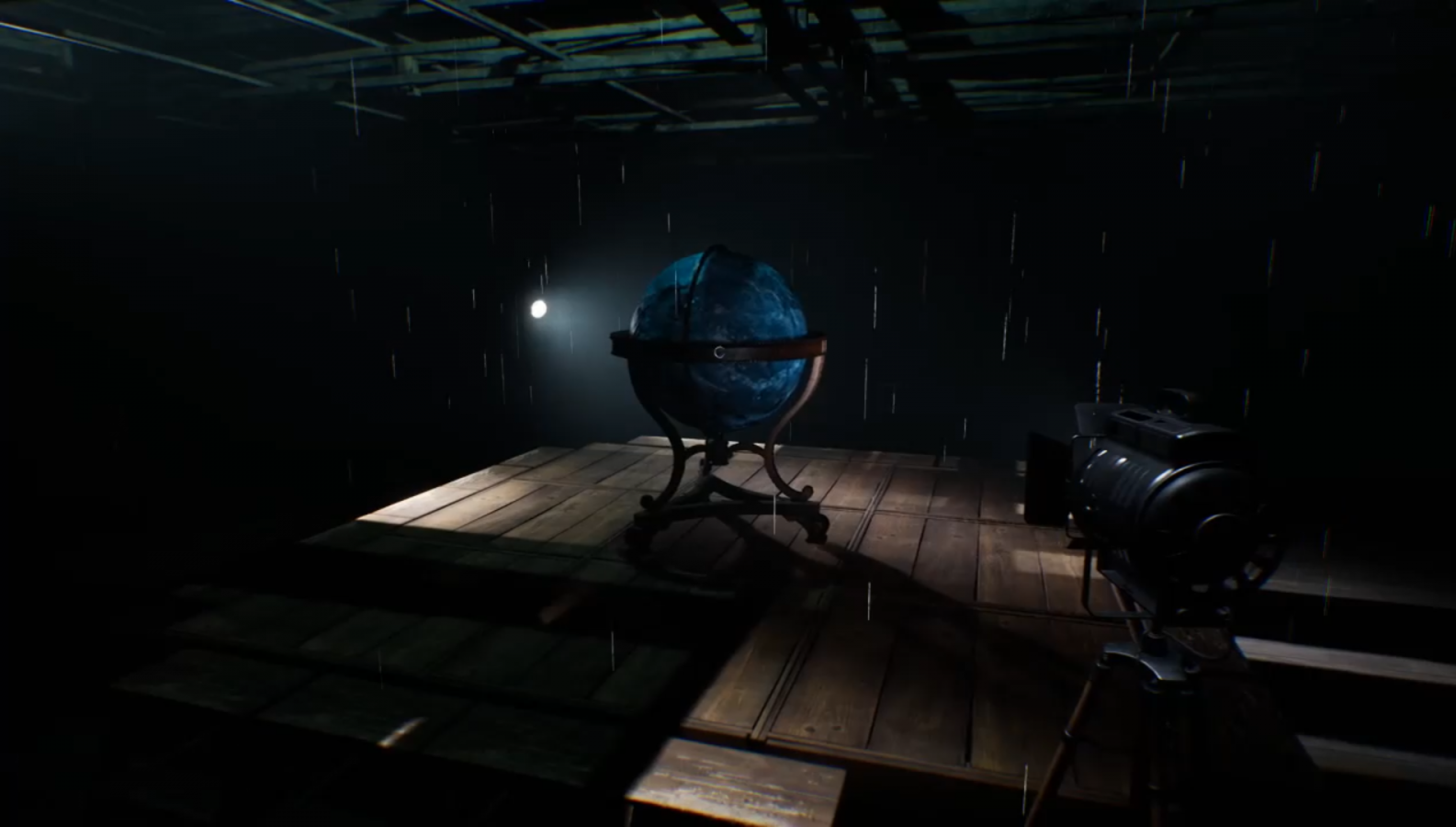 Now, the question that many people who know of this game must be asking: “how scary is it?” I’d say that depends on how easily you get scared. There are plenty of moments that are designed to scare you, whether they be jumpscares, sudden noises, or even things appearing out of nowhere (not like a jumpscare, but just casually being there). Many of these moments, unfortunately, didn’t scare me, but I saw what they were going for. I see how people more vulnerable to horror games could be freaked out and terrified. That being said, there were a fair share of moments that scared the crap out of me. I’ve flinched and shouted obscenities at both credible threats and events crafted to merely startle you. I won’t say when, but one of my favorites was when I was walking towards something, and when I got close enough, there was a loud screech as something menacing appeared. I quickly spun around and booked it as fast as I could, all while muttering “no, no, no, I don’t wanna play. Get lost!” That being said, Layers of Fear 2 comes across as more of a creepy game than a scary one. There’s more power in the unsettling environments, the disturbing visuals, and the way the game messes with your head. 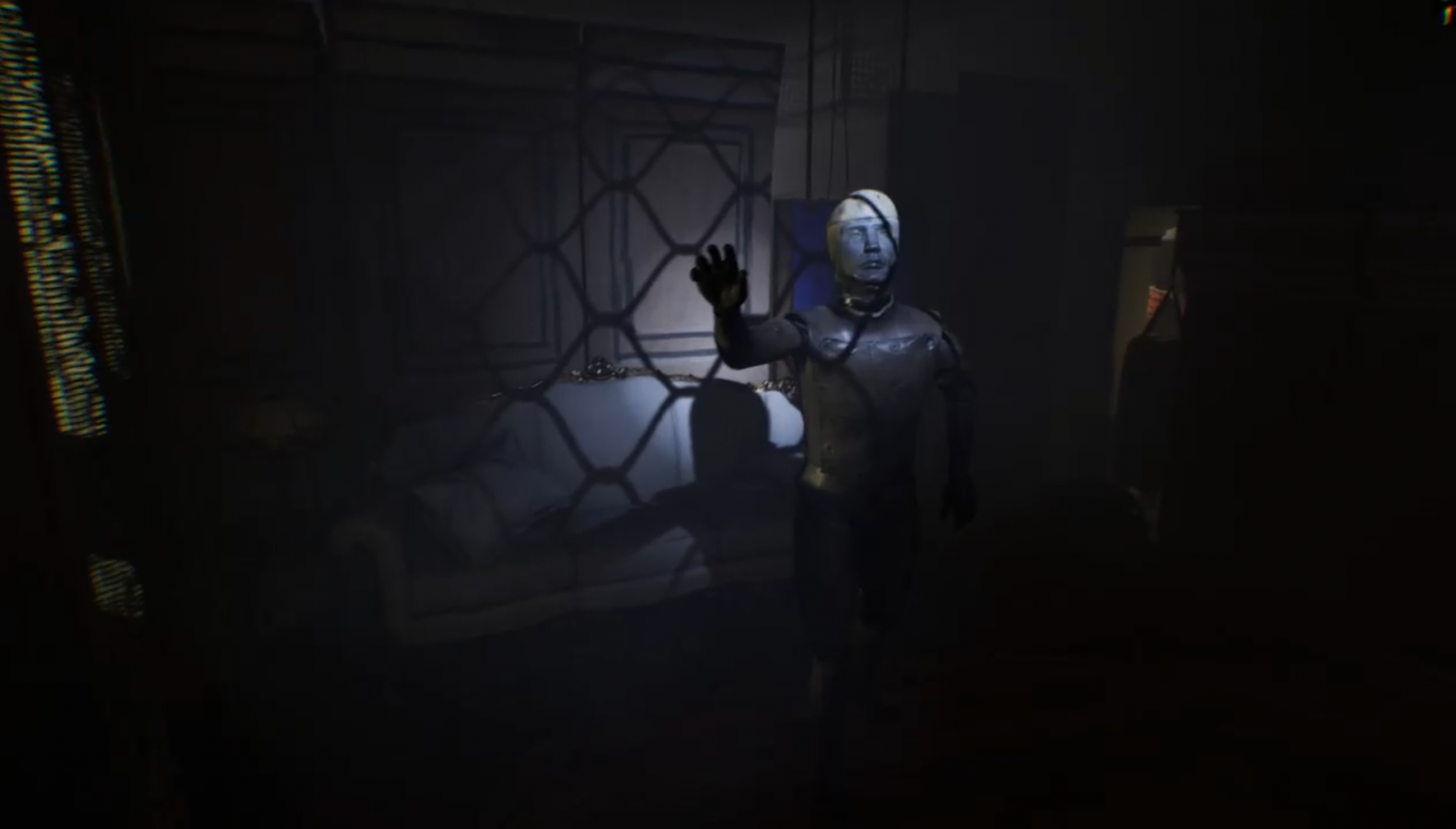 Speaking of messing with your head, that is one of my favorite aspects of the game. The layout of the world around you is almost constantly changing or waiting to change. In most games, you can expect things to remain the same when you turn your back on them, but that’s not the case here. You never know what’s happening behind you. You may head down a hallway and enter the room as the door slams behind you. You investigate an item, then turn and open the door to find a decrepit kitchen instead of the hallway you came from. Memorizing where you’ve been means nothing in this world because odds are the layout will change. I love it because it not only adds to the mysterious atmosphere of the game, but it keeps exploration fresh and reduces tedium. Sure, I revisited some areas, but there was something refreshing about it rather than repetitive.

In terms of graphics, it was perfect. There are dark and ominous areas mixed with the occasional colorful sections. There were far more black-and-white areas of the game than I expected, but it felt right. The lack of colors made the color-filled areas pop that much more as well. Going in blind makes the game much more enjoyable, but I’ll mention that you’ll see plenty of fascinating environments besides hallways and rooms. As for sound design, I implore you to only play with headphones on. The directional sounds, the ambient noises, the voices in your head, etc. all sound infinitely better when cupped close to your ears. It immerses you into the world and allows the horror aspects of the game to take effect. For extra fun, close your door, turn off the lights, put your headphones on, and board the ship. 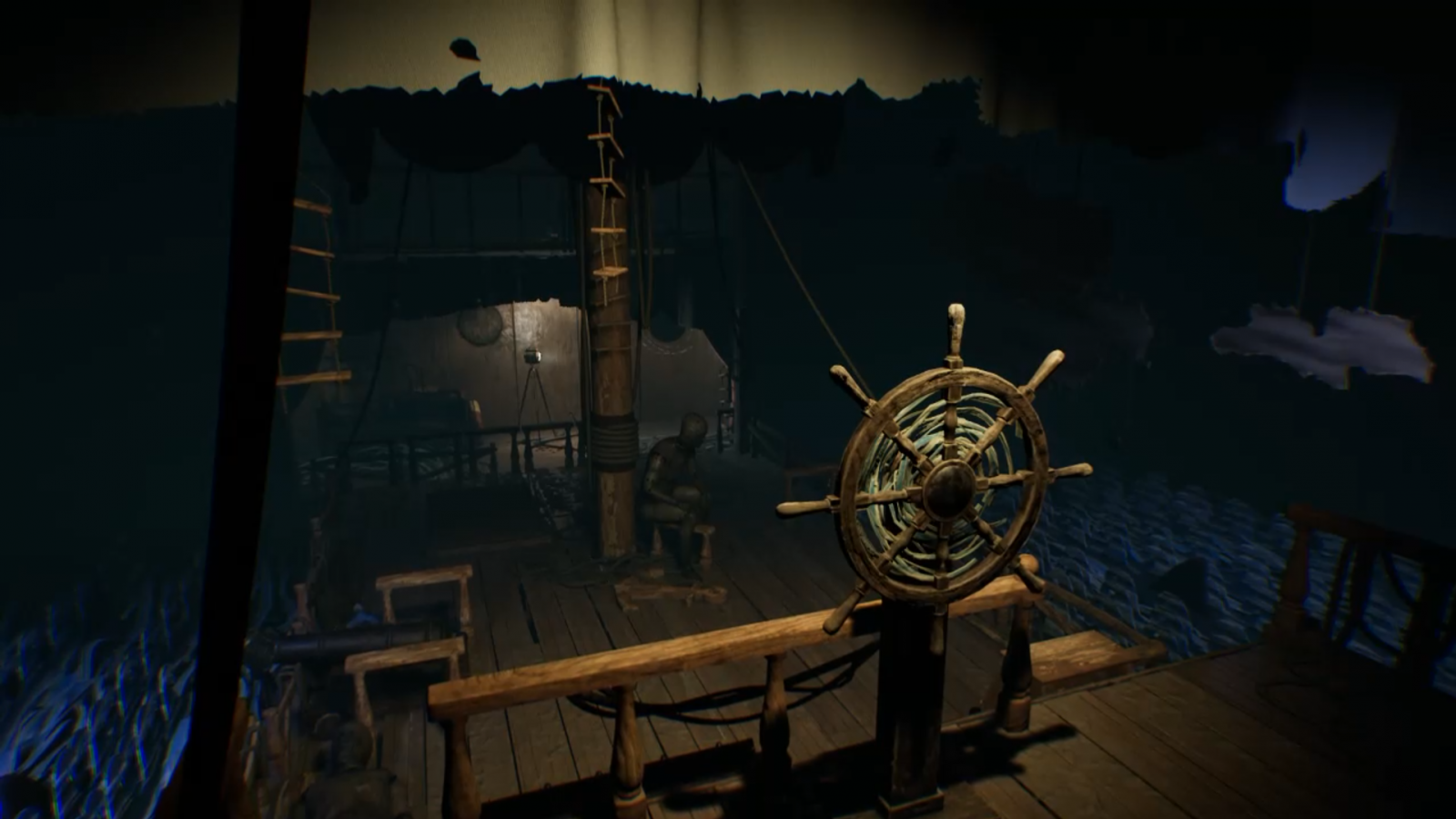 As a whole, Layers of Fear 2 is a great game. It isn’t the scariest game I’ve ever played, but it’s definitely created a creepy world that I enjoyed exploring. The story is shrouded in mystery and you may or may not still be left a bit confused at the end depending on what you’ve learned and what ending you got. Yes, there are a few choices that you can make in order to affect the ending, but those are better left as surprises. Regardless, if any of the aforementioned aspects appeal to you, then you’ll have a good time here. Layers of Fear 2 was worth every minute I spent with it and I look forward to more games like it.

Layers of Fear 2 is a fascinating horror game that centers on exploring a mysterious ship and its ever-changing layout. It isn't the scariest game, but the unsettling nature of everything you encounter more than makes up for it. The constant environmental changes designed to mess with you are amazing and one of the best aspects.

Codi loves to play video games and watch movies. He will watch almost any kind of movie just to experience them. His ideas take inspiration from the shows and movies he watches, and games he plays. He also loves a good pun.
Related Articles: Layers of Fear 2
Share
Tweet
Share
Submit