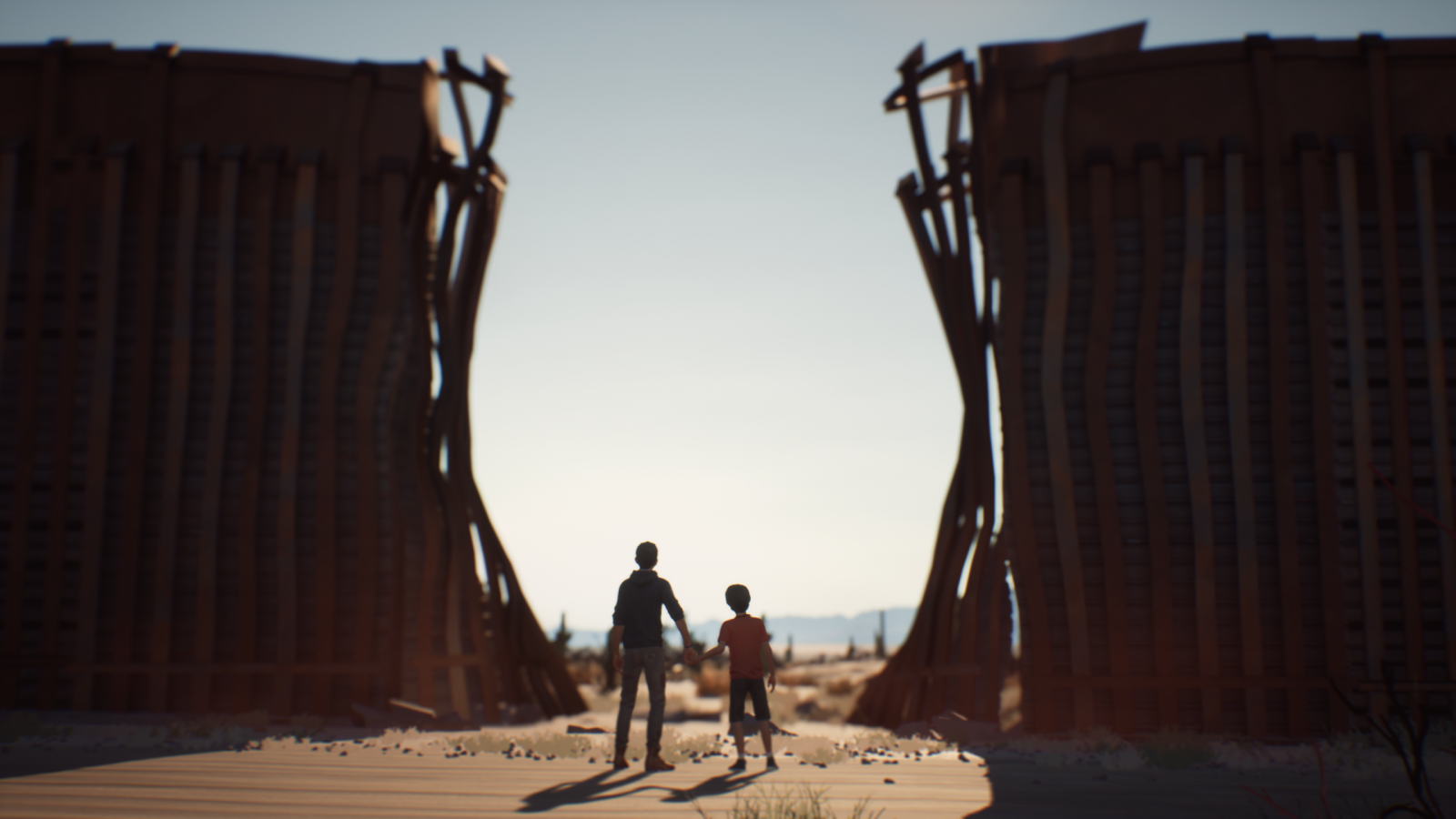 The original Life is Strange was a very important game to me. It and its two follow ups are stories about growing up, and I played it as I was making the transition from high school to college. It was difficult and weird, but Max and Chloe helped me to figure out what was going on in my life. It also helps that Maxine is essentially me in video game form, but I digress. Life is Strange 2 again comes to me at another strange time. I graduated college, I’m making my own video game, I’m working as an editor here at GamingTrend (that one is obvious), and I’m generally trying to figure out what to do next. My little brother is also becoming a teenager, he wants more independence, doesn’t hang out with me as much. At its core, Life is Strange 2 is a game about your relationship with your younger brother, and it helped me to understand that, no matter what, if you love each other, the bond between siblings can never be broken.

Sean and Daniel Diaz are on the run. Their father was shot and killed by a police officer on the lawn of their Seatle home, the officer also died in a mysterious explosion immediately after. In a panic, the older brother Sean carries Daniel far away and begins their journey to the birthplace of their father: Puerto Lobos, in Mexico. Neither of the boys are ready to grow up, but they’ll have to quickly if they want to reach the border before the cops catch them. 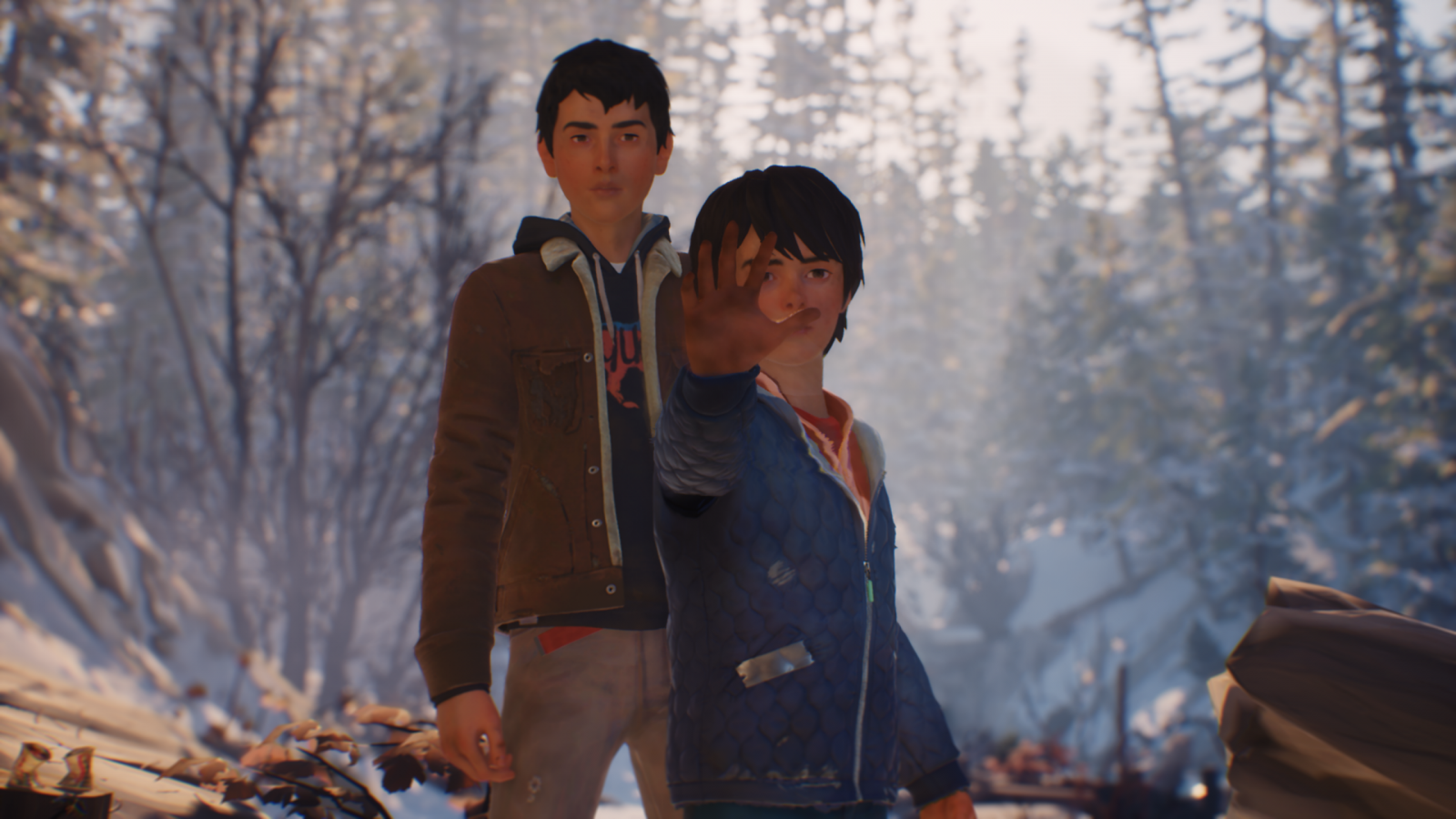 Life is Strange 2 is an adventure game with a focus on player choice. As Sean, you’ll influence your little brother with every action, what you say, what you do, and even what you don’t do. Do you try and shelter him from harm, doing everything yourself, not letting him take any risks? Do you let him find his own way in the world, give him the independence he wants, let him learn from his own mistakes? Or maybe a mix of the two? Whatever you choose, Daniel is watching and learning from you. For example, in episode 1 you can tell him that stealing is wrong, but if you steal supplies from a gas station anyway, he might just stop listening to what you tell him. As in life, it’s better to lead by example, but words still have power. The game is mostly linear, but you get the occasional area to explore, look around, and speak to people. You can also find various collectables such as pins to put on your backpack or things you can draw using Sean’s art skills. The collectables serve as nice momentos, but the focus here is squarely on the story and the choices you make.

I won’t spoil anything in this review, but it really is impressive how almost everything you do has some sort of impact. While said impact may not be long term or amount to much of anything you can see as a player, it’s nice to see a game claim that “your choices have consequences” and truly means it. Some choices also may not have the impact you expect either, like in episode 4 when you’re snooping around a character’s office, they may later know you’ve been there if you forget to cover your tracks. This is very hard to explain without spoiling specific examples, but trust me that every choice matters is some way. As I said before, Sean’s choices not only affect him but his brother and their relationship as well, so it’s best to think before you act or speak. 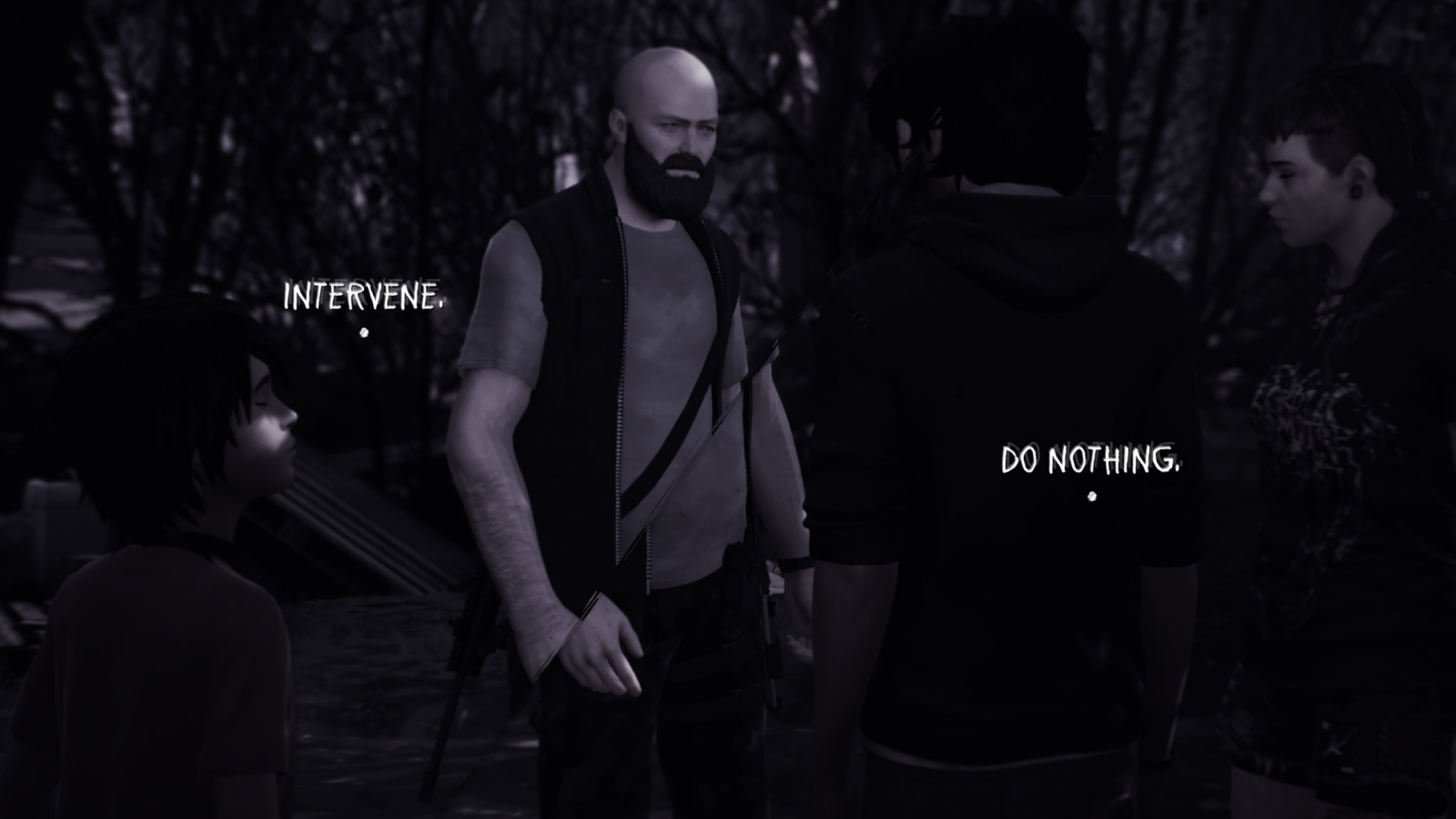 If you were bothered by the occasional stiff voice acting and animations from the first two games, your mind probably won’t be changed here. Every single line of dialogue is voiced, and while there are a fair few lines that don’t sound as natural as they could, when it counts the actors really hit it out of the park with some of the best and most emotional voice work I’ve heard in a game. When shit hits the fan, and it will quite often, you’ll feel the gravity of events though both their voices and body language. Episodes four and five are truly exceptional in this regard, but I wouldn’t say any performance was bad in the other three episodes either. As for animations, they look better but still stiff enough to be noticable. The camera focuses much more on faces and environments this time, so while it can still bring you out of the experience it’s never for too long.

Life is Strange 2 covers a wide array of themes, from brotherhood and family, to racism and conversion therapy. It has quite a lot to say, and it never feels preachy. Everyone knows racism is bad, so instead of asking you if you know that the game will ask how you react to it, and then it just lets you live with that instead of judging you. In the beginning of the game, I thought screw the bigots, they deserve this punch in the face. And while they definitely did, near the end I started to just ignore them, because protecting my brother was more important. It’s these kinds of choices that make this game so impactful. The game will never tell you if you were right or wrong, you just make your choice and live with the consequences.

Life is Strange 2 is one of the best stories in video games. It tackles a lot and handles all of it with grace. It’s emotional, evocative, heartwarming, and heartbreaking. Every choice you make matters not only to you, but also to those around you. The journey of the brothers Diaz is one you absolutely need to take.

David is the kind of person to wear his heart on his sleeve. He can find positives in anything, like this is a person who loved Star Fox Zero to death. You’ll see him playing all kinds of games: AAAs, Indies, game jam games, games of all genres, and writing about them! Here. On this website. When not writing or playing games, you can find David making music, games, or enjoying a good book. David’s favorite games include NieR: Automata, Mother 3, and Gravity Rush.
Related Articles: Life is Strange 2
Share
Tweet
Share
Submit