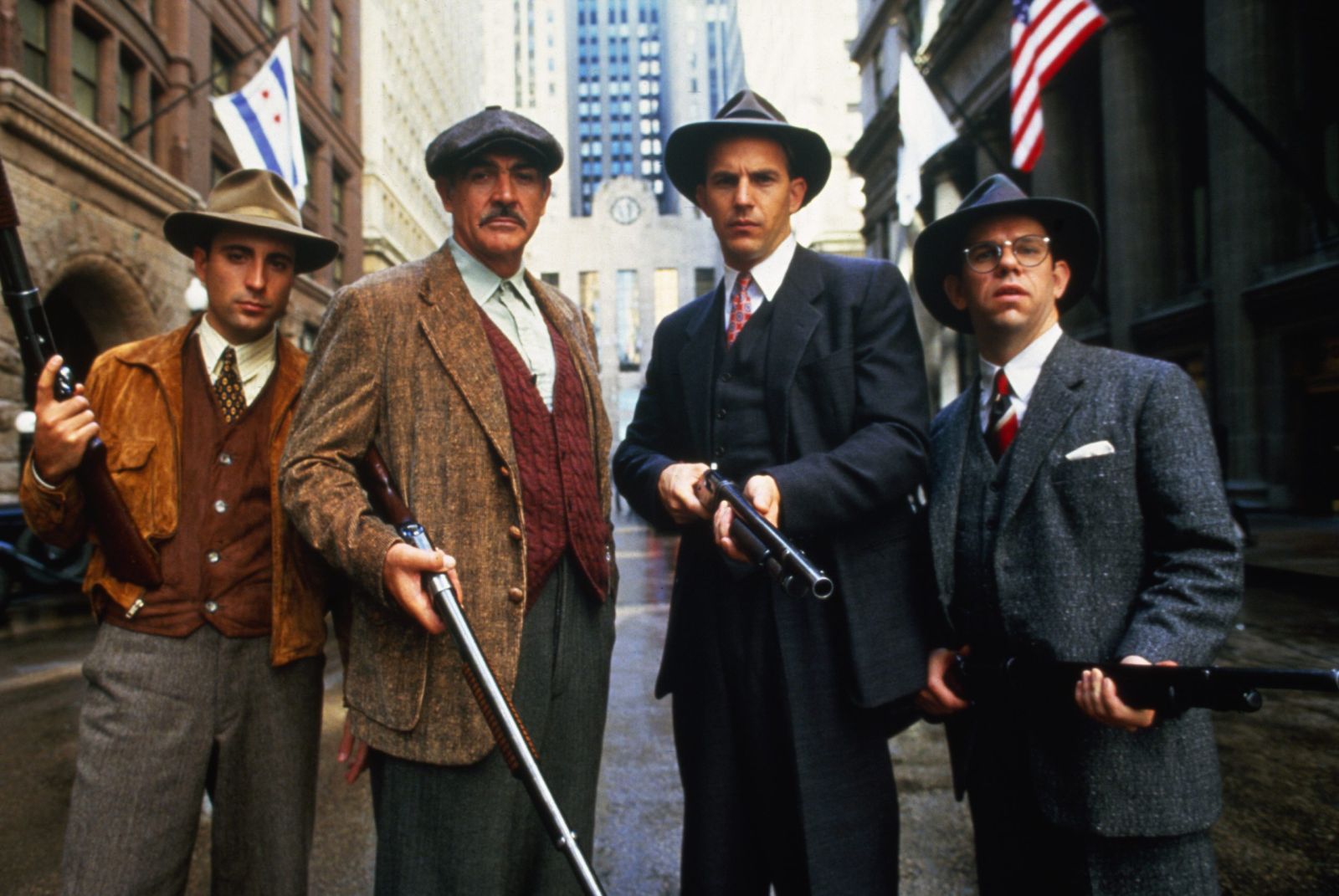 The Prohibition is probably one of the strangest and most controversial times in our short but storied history as a nation. The Church of England Temperance Society pushed a national temperance movement, convincing the American public that alcohol was the primary cause of the people’s personal and societal ills. Prohibition was the path to solving crime, violence, poverty, and a general moral decay, with abstinence thrown in for good measure. If it was fun, these folks were against it. Naturally, all of this abstention worked perfectly and the world became a complete utopia and we all lived happily ever after, right? Of course not. Under the watchful eye of gangland kingpin Al Capone, Chicago flowed freely with liquor at speakeasies and brothels, the police either too powerless or too corrupt to stop them. The battle between Capone and Bureau of Prohibition officer Eliot Ness is the basis for the movie The Untouchables. Based on the 1957 book with the same name, this movie from 1987 is easily one of the best crime dramas ever put to film. Updated to glorious 4K to celebrate its 35th anniversary, this definitive edition is a must-have. Let’s dig into the particulars, shall we?

The cast of The Untouchables is absolutely phenomenal. Kevin Costner turns in a fantastic performance as the charismatic Eliot Ness, but it’s Sean Connery as sharpshooter beat cop Jimmy Malone (a performance that earned him his one and only Oscar) and Robert De Niro (doing his best Robert De Niro impression, as is tradition) as Al Capone that steal the show – easily two of their best performances. We know that real-world Al Capone was taken down not by violence, but by tax evasion, but how we get from here to there is quite the story.

I’m not going to spoil the story beyond what I’ve already said, but suffice it to say that it earned a truckload of awards, and not by accident. The remaster receives the royal treatment, with a 2.40:1 HEVC (h.265) upgrade from the original 35mm Eastman film stock. As a result, the Dolby Vision transfer looks absolutely phenomenal. Blacks are deep, and the scenes are clear and crisp, with the handful of problematic transfer issues on the Blu-Ray and DVD editions where video compression crushed scenes being completely resolved here. Put simply, it’s never looked better. The movie, of course, supports full HDR10, though the purposely-muted image is a direct result of cinematic choices rather than technical ones, not unlike The Godfather’s recent 4K remaster. The Untouchables is a period piece in Chicago, so don’t expect bright colors. That said, you’ll raise your eyebrows at some of the amazing setpieces like the court battle at the end of the film, the bouncing baby shootout scene, or the square off at the Canadian border – they are absolutely magnificent. I do have to mention that some additional cleaning work could have been done on the scene where Ness recruits Murphy in his apartment. The scene is jarringly out of focus from some angles, and a little grainy, especially compared to the rest of the film. These moments are largely unavoidable, more than likely, as they are probably baked directly into the original 35mm stock. De Palma’s penchant for canted angles where bad guys are hidden in obtuse angles within the scene, with di-optic zooms to conceal a second bad guy behind the first, can cast that second foe in less light or at a longer focal length, making those moments appear grainy. When the movie looks this good, those moments are going to stick out, but it’s the exception, not the rule. 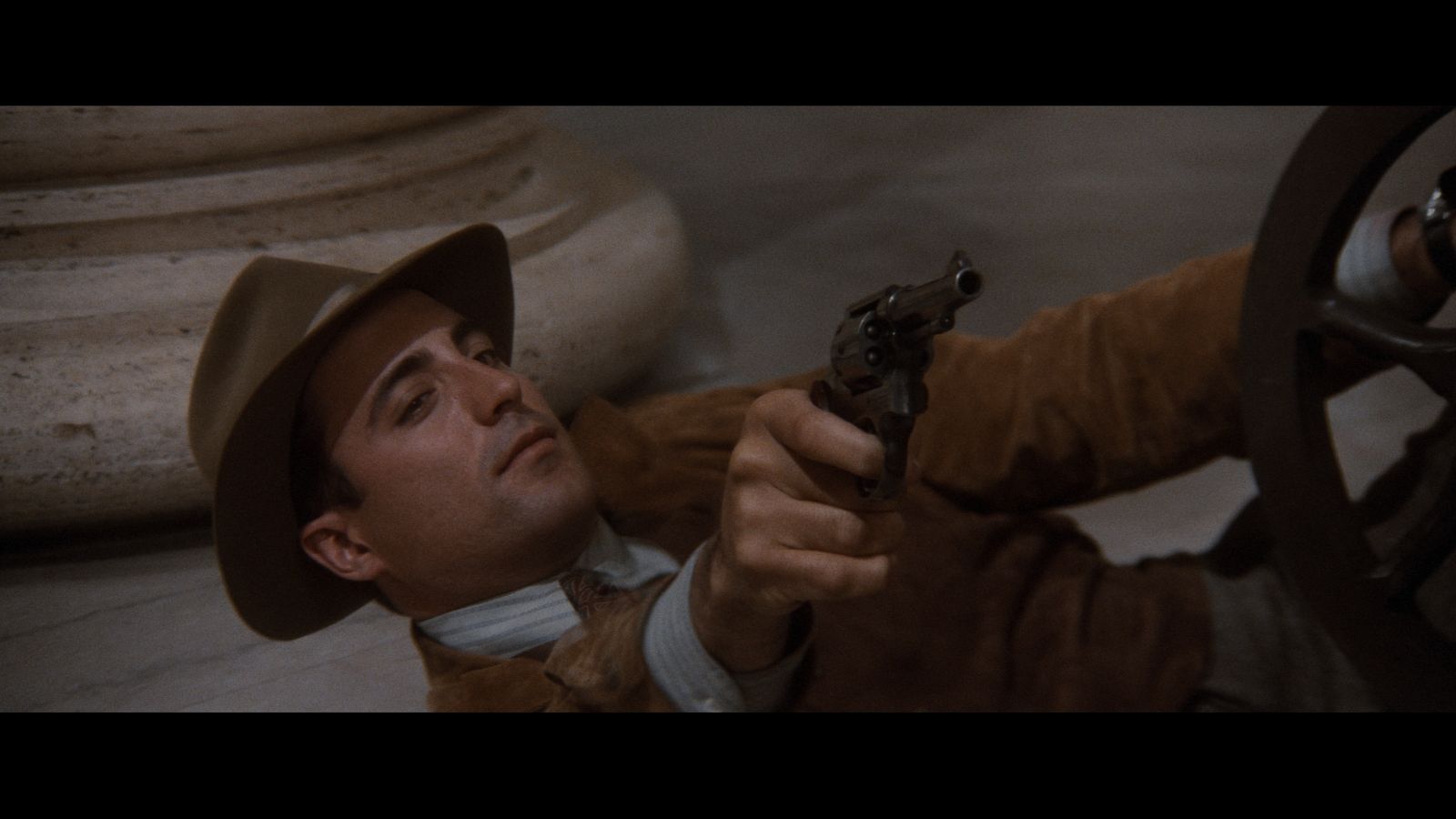 The award-winning soundtrack from industry legend Ennio Morricone comes to life in the excellent Atmos Dolby TrueHD 7.1 encode (48kHz, 24-bit), filling the room with strong bass and an entirely surprising remaster. My DVD release was as far from clear or lossless as you can get, so it’s a very welcome remaster element indeed. Even the Blu-Ray version suffers from some muted sound thanks to the compressed 640kbps bitrate encode. This reengineering for this 4K edition extends handily the rest of the sound, giving a sharp crack to small caliber weapons, and booming sound for moments like the infamous laundry bombing scene. As a dialogue-heavy movie, you’ll be happy to know that the center channel has gotten a lot of love, with quieter scenes coming across crisp and clear. Subtler sounds like passing cars, background chatter, and the myriad sounds of nature are perfectly captured, being cast about with the Atmos tech that makes the experience feel like a lived in world. 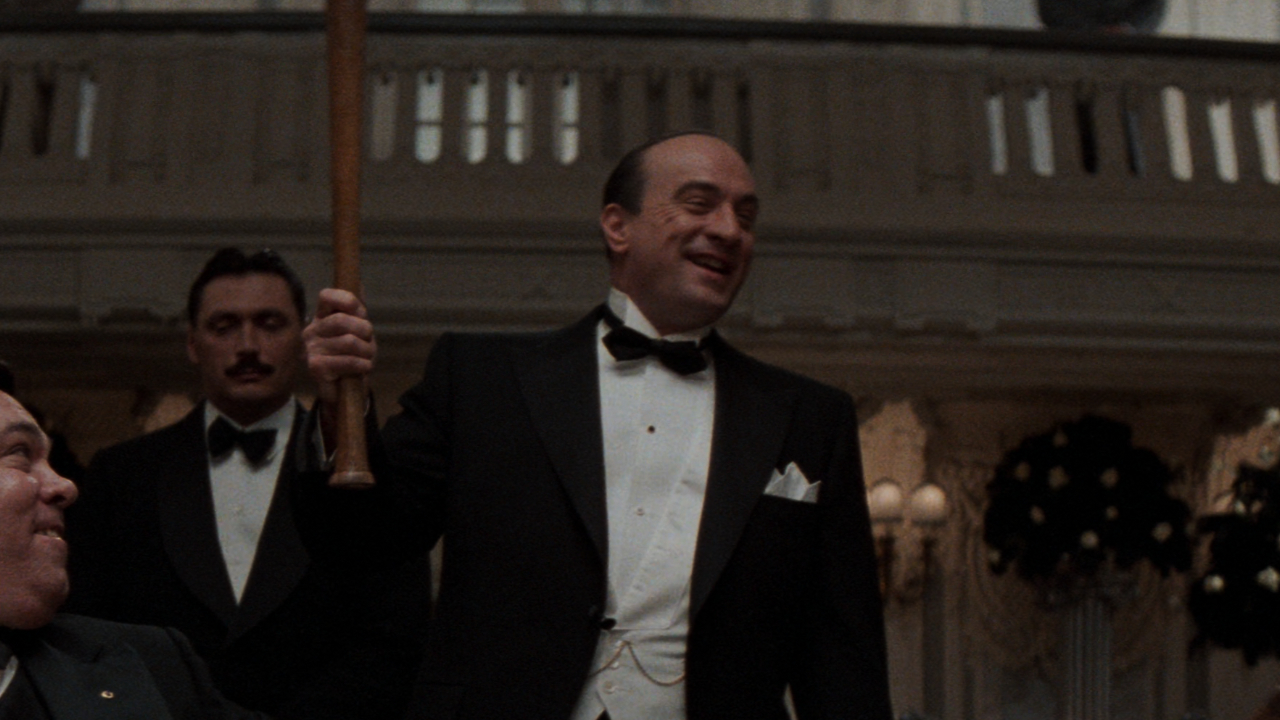 If you own the Blu-Ray version of the movie, you’ll recognize the bonus features. There are six legacy bonuses, totaling over an hour of content, including the theatrical trailer. All of them look good at 1080p resolution, though it would have been nice to pull in Costner, Mamet, or De Palma for a quick interview to round things out for the 35th anniversary. 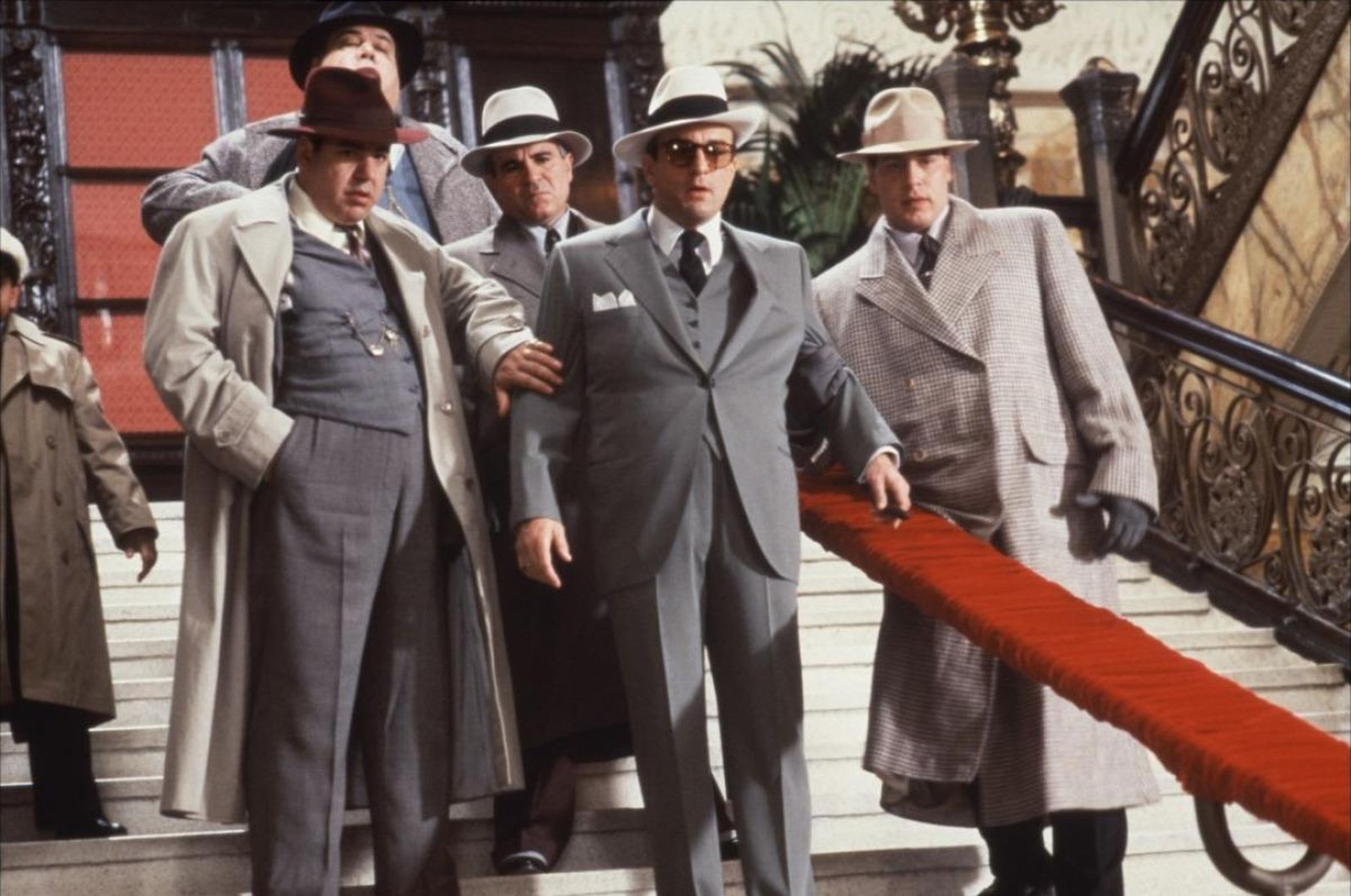 There are two editions of The Untouchables on 4K – a standard 4K edition, complete with a Blu-Ray copy and a digital code included (the version I’m reviewing), as well as a sexy looking steelbook copy. The steelbook doesn’t come with the code or secondary Blu-Ray format, so you’ll have to decide if that’s important to you or not.

An American crime classic, and easily De Palma’s best, The Untouchables gets the royal treatment in this 35th anniversary release. While there are some occasionally grainy moments, the upgrade is so substantial that it hardly matters. You’ll want this in your library.

Ron Burke is the Editor in Chief for Gaming Trend. Currently living in Fort Worth, Texas, Ron is an old-school gamer who enjoys CRPGs, action/adventure, platformers, music games, and has recently gotten into tabletop gaming. Ron is also a fourth degree black belt, with a Master's rank in Matsumura Seito Shōrin-ryū, Moo Duk Kwan Tang Soo Do, Universal Tang Soo Do Alliance, and International Tang Soo Do Federation. He also holds ranks in several other styles in his search to be a well-rounded fighter. Ron has been married to Gaming Trend Editor, Laura Burke, for 21 years. They have three dogs - Pazuzu (Irish Terrier), Atë, and Calliope (both Australian Kelpie/Pit Bull mixes).
Related Articles: The Untouchables
Share
Tweet
Share
Submit