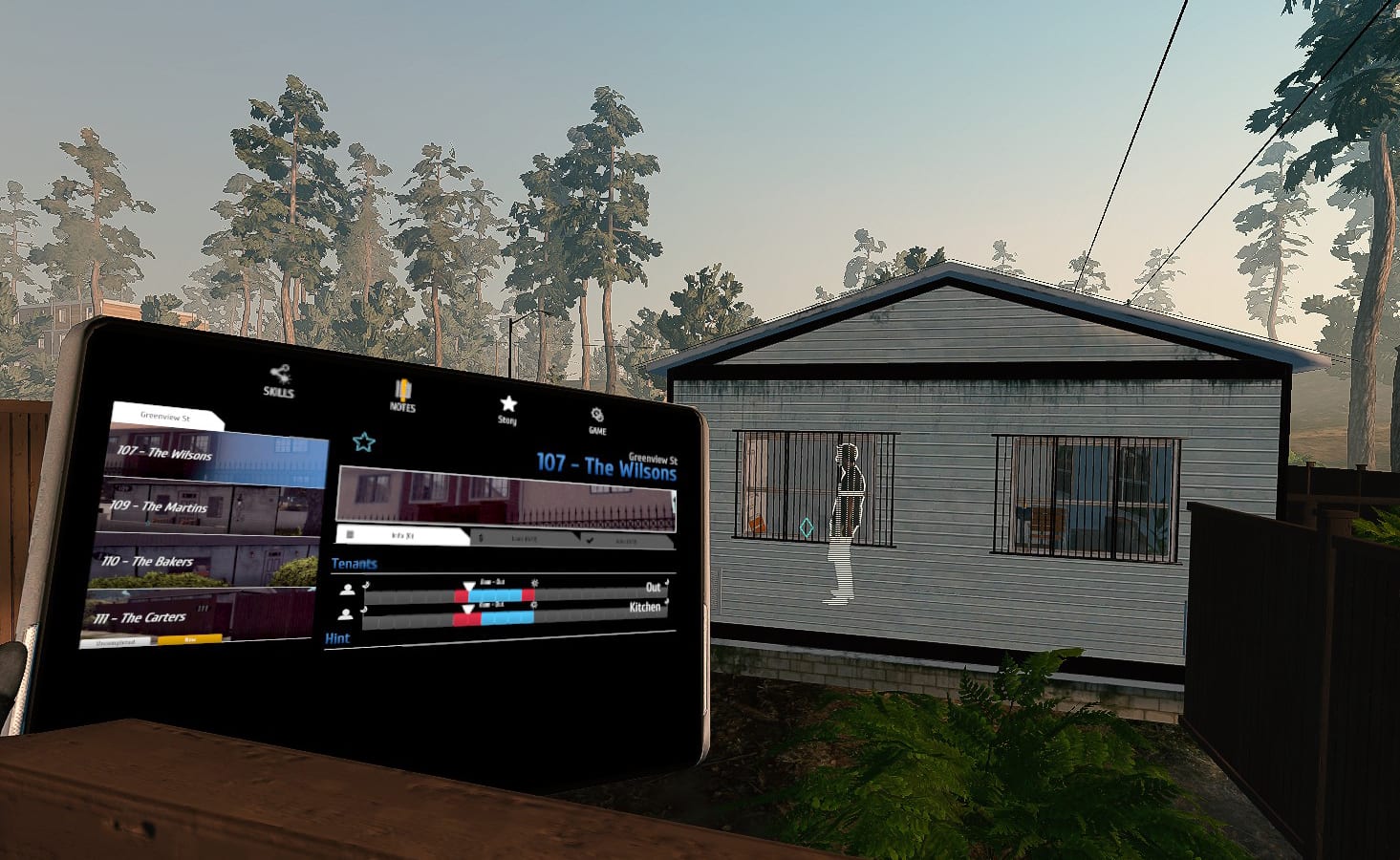 I’ve always seen Thief Simulator (2018) as being a strange game. It was unique enough to stand out, but it didn’t have enough gameplay elements to keep me reeled in. After maybe 5 hours of playtime, I put that game down and never looked at it again. It was too repetitive, and it didn’t really have a good enough story to keep me interested. But, out comes Thief Simulator VR. Although initially developed by Noble Muffins, GameBoom VR has taken the helm of this VR version of the original game. So, is it enough to be better than Thief Simulator initially was? Or is this just a simple VR port of a repetitive game?

For those who haven’t played Thief Simulator, allow me to break it down. You’re a thief, working for a Mafia boss named Vinnie. The whole point of the game is to do a series of tasks for Vinnie, right up until (spoiler alert) he tries to kill you, and you pay it back by blowing up his mansion. It’s a simple, cliche story, but that’s not what’s meant to keep you playing for hours on end. What’s meant to hook you is the gameplay. 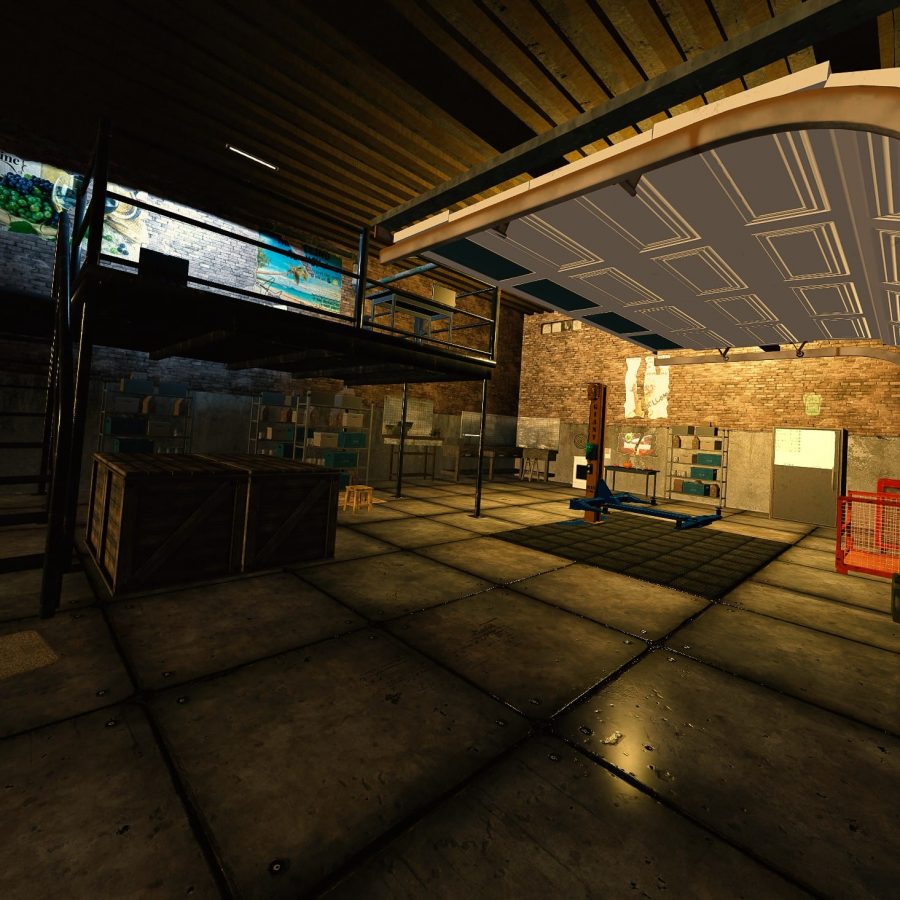 Thief Simulator is set in free roam, sandbox neighborhoods, and you’ll need to keep your thieving wits about you to stay out of trouble. You can break into houses in a number of different ways, such as breaking the window or lockpicking the door open. It’s not as simple as a grab-and-bag job, you’ll also need to analyze the patterns of the people living on the property and find out their schedule. Once you’ve got all that down pat, it’s just a matter of completing the job given to you. That job might be to intimidate the homeowner by smashing a window, or stealing something to pawn off later. You’ll also need to drive to and from the job while avoiding any strolling civilians and patrolling policemen. If you do get caught, you’ll be arrested and have to start the job from the beginning. 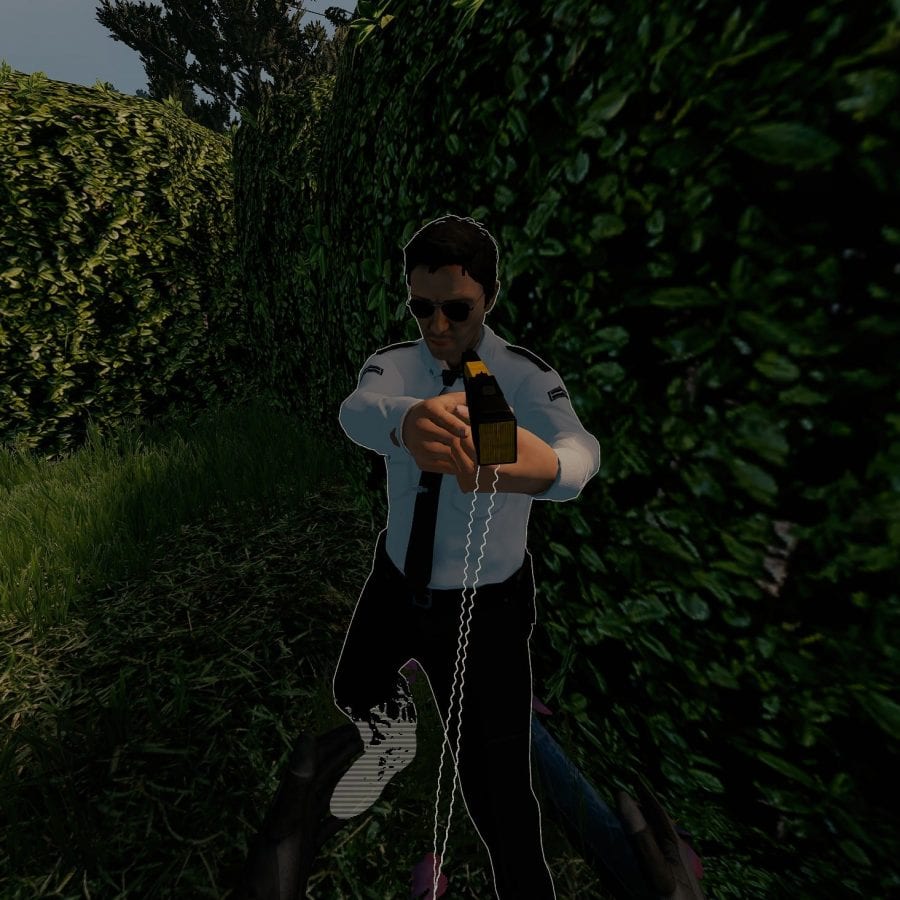 Watch out for these dudes, if you’re caught you have to start all over again

In short, most of the mechanics don’t transfer too well. Thief Simulator VR has a lot of problems that make the experience rather uncomfortable to play. Simple things like picking up an object requires you to find the exact position your hand should be in relation to the item. Once you’ve done that, the object will have a yellow outline, and you can then pick it up. I found it difficult doing this simple task with items like a toaster or a pile of cash, while having no problems with items like a frying pan or a box. After some time running into this problem over and over again, I found myself finding the gameplay more tedious than fun.

It’s not only the action of picking up an item that has its problems, it’s simple stuff like breaking into a home. If you intend on literally breaking into a home you have to grab out your crowbar, smash the window, open the window, then climb through. All’s well and good right until you plant your hands on the window sill and your character vaults through. Just like the item grabbing issue you have to make sure your hands are in the right place before you get the yellow outline. However, if you’re vaulting through a double door window the game treats the window sill as two different window sills and you can only vault through either half of the window sill while both hands are on a chosen side. The problem with that is that you do not remember these details when you’re in a rush. I had a job where I had to break some family’s window to intimidate them, but there was also a job to steal a painting on the same property. I decided to kill two birds with one stone and chose both jobs. However, I got arrested numerous times because in the heat of the moment of climbing out I constantly forgot to plant both my hands on one half of the window sill — it was a very irritating time. 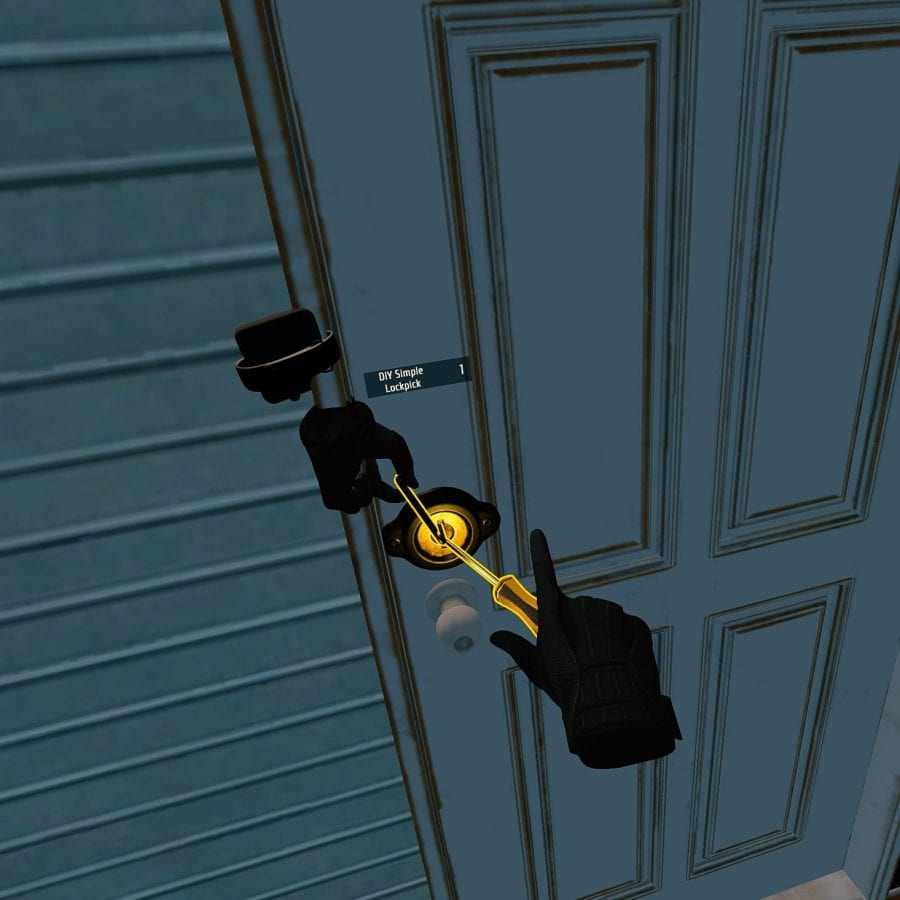 These minigames are a ton of fun

Not every mechanic transfers poorly into the VR version though, since completing the minigames is rather fun. For example, lock picking requires you to physically pick the lock (albeit, not identically to a real-life lock), and it’s very rewarding when you secure all the pins down and hear the distinct ting as the door unlocks. These little things make the experience a lot more enjoyable because it feels like you’re actually taking part in the action. The opposite of this would be if the player simply had to hold their hand over a lock, wait for the timer to tick down, then the door would just swing open. I, for one, am glad that the developers have continued the sense of realism that the original game had to offer.

However, there are still numerous bugs with the game. Other than shoddy window sills and irritating hand placements on objects, there are also the crashes, framerate drops, and hands getting stuck through objects. Let’s start with the crashes. The first time you play through the game you’re sent to a tutorial. At that time, I got as far as breaking the training window and the game immediately crashed. As for the framerate drops, even after rebooting the game, I’d have a framerate drop every 5 or so seconds. I instantly lost any immersion. As for the hand issue, if you push on an object too hard (in my case, a window), your hand phases through it and gets stuck. Desyncing the controller and resyncing it might fix it, but that’s time lost that you could’ve spent playing. 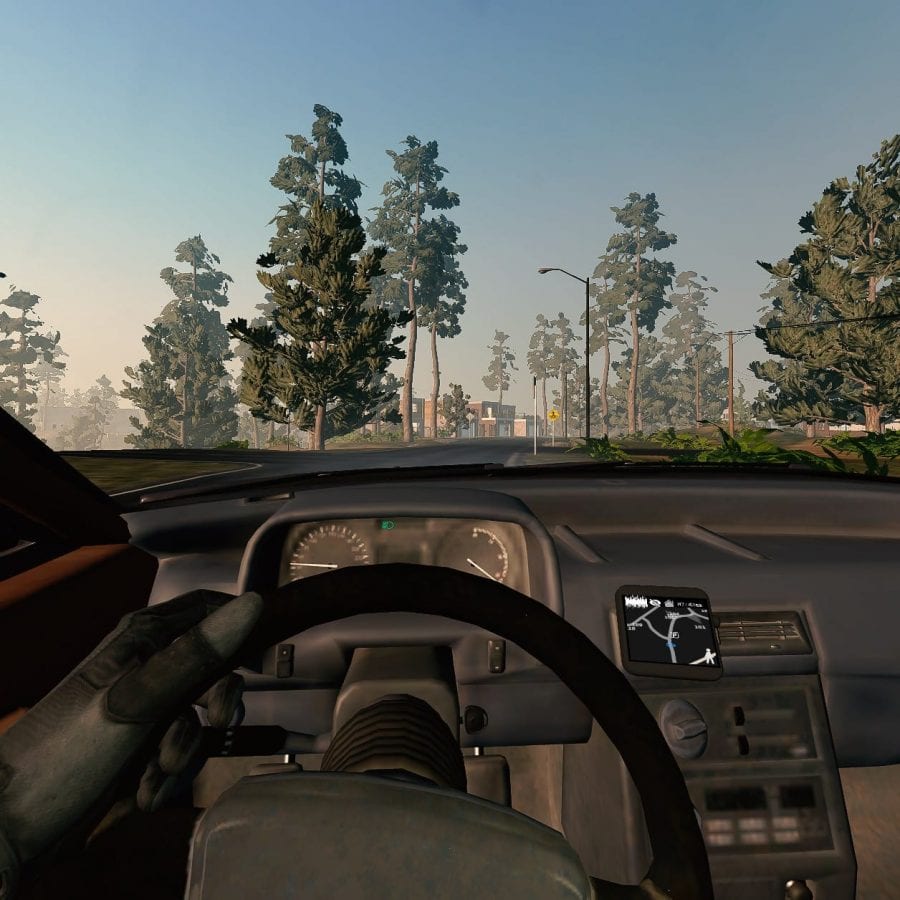 Also, driving in VR still sucks. Thankfully, you can switch to teleporting to your location rather than driving to it

In the initial game, all your tools were available via hotkeys on your keyboard. In Thief Simulator VR, everything is on your waist, your back, or available by a button press on your controller. My issue comes specifically with the backpack, located on your… er… back. You can either take the backpack off and put an item inside, or drop the item into your backpack while you’re carrying it. Sometimes, even if you feel the vibration kick in to tell you that you’ve got the right spot and you drop the item, the item may just fall on the ground behind you. This happened every single time I stole an item, and it took me more than a few tries before I got it exactly right.

Look, my advice is if you want to play Thief Simulator, don’t play the VR version. The game is essentially a simple VR port of the main game, with its only redeemable qualities coming via the minigames through lockpicking or hacking. Simple stuff like grabbing an object or climbing through a window sill can be buggy, and will quickly take you out of the immersion of being a thief. It’s a largely fun game, yet shrouded with VR-specific problems.

Thief Simulator VR is just Thief Simulator as a VR port. There have been no improvements made over the original PC version to justify getting it in VR. Even if the gameplay is fun, and the sense of realism has been carried over from the PC game, there are numerous VR-specific problems that will quickly break the immersion. It’s a largely uncomfortable experience that has a lot of technical issues.

With a deep interest in writing, Ben followed that into a Journalism degree. As an avid lover for gaming, he is constantly expanding his library with console, PC, and VR games. He's obsessed with stealth games and loves hunting down the smallest of details inserted by devs.
Related Articles: Thief Simulator VR
Share
Tweet
Share
Submit