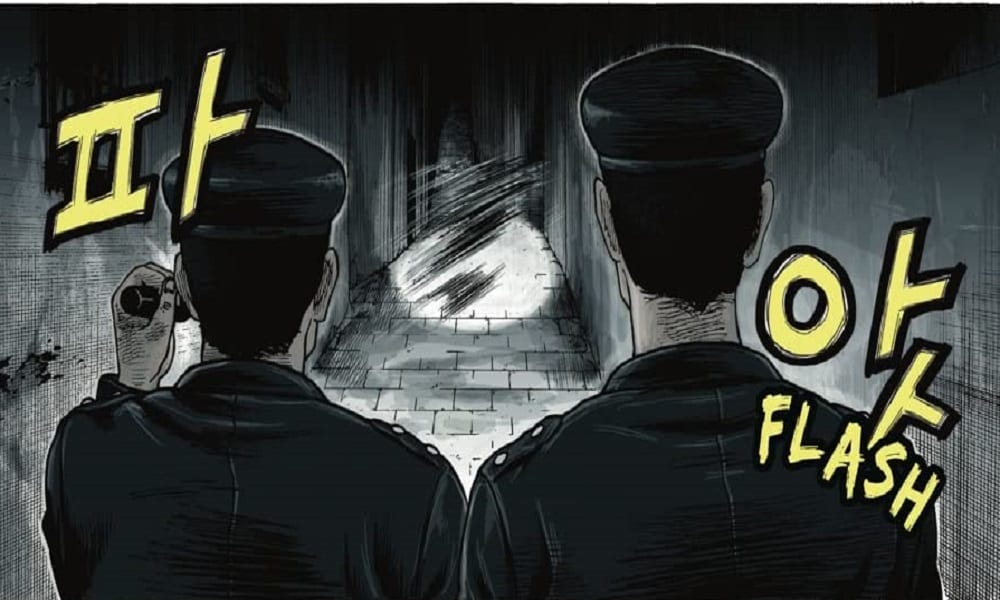 For every high-octane battle series I enjoy reading like My Hero Academia and Chainsaw Man, I love me a slow burn. The psychological thriller is a favorite of mine, and I’ve sunk my teeth into 20th Century Boys thanks to the oversized re-release versions in bookstores. When I heard Takashi Nagasaki’s King of Eden was finally getting translated in the west, I knew I had to read it. If you’re looking for a mix of visceral zombie scenes, social critiques on a virus, and a heap of historic intrigue, you should definitely check out the first volume of King of Eden. 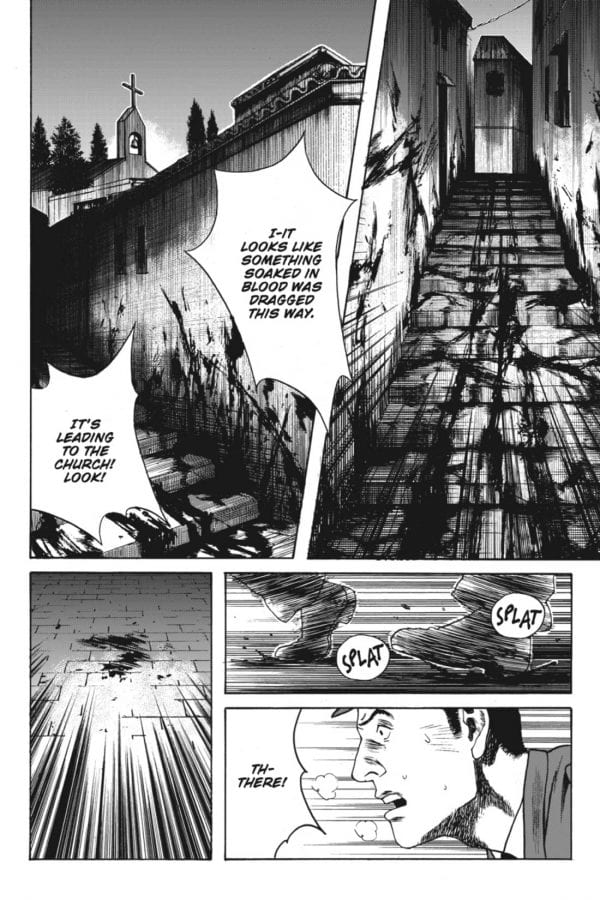 Colloquially known as the Wolf Virus, a plague sweeps the world in its infectious fervor. While in its initial stages, remote villages have been razed, with their inhabitants slaughtered to an unrecognizable degree. The virus is an anomaly, as once a person is infected, they will go on infecting everyone in the vicinity; these people will then kill each other until one remains, who will transform into a feral beast after a certain amount of time has passed. At the center of these massacres is the mysterious Teze Yoo, who seems to know what’s causing the Wolf virus, and advises the people with whom he’s in contact to light the corpses ablaze as soon as the carnage is finished.

With everyone from the WHO to the Russian mafia involved, who will be spared from the inevitable pandemic? Dr. Rua Itsuki, alongside a worldwide task force, investigates what’s going on as Rua and Teze’s worlds intertwine on multiple occasions. Forces good and evil want the virus for themselves, and Teze finds himself trying to track Upir, a hidden individual that can seemingly control the infected. It’s a race against time as Rua and Teze join together to fight back against this threatening menace. 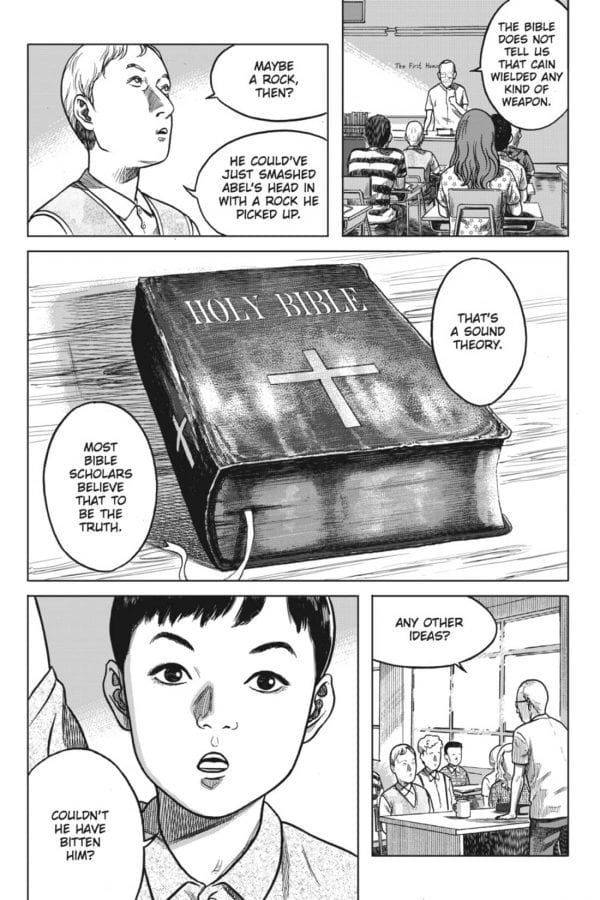 While reading the first volume of King of Eden, I was instantly reminded of 20th Century Boys (which Nagasaki was involved in alongside the author of that work, Naoki Urasawa), with the raw art mixed with thoughtfully-paced conversations and a few flashbacks littered here and there. It’s a style that fits well for a seinen series (which is targeted towards older male audiences), and while there are quite a few scenes that can get fairly gory, the adult content lies in the information dumps and interesting dialogue that’s within these pages. Stories from the biblical tale of Cain and Abel to historical references to the fall of the Babylonian empire are explored, and while you can still enjoy the story without knowing these references, it might help to brush up your historical knowledge. That said, the characters themselves are a bit underdeveloped – everyone but the main duo is expendable, so I like not wasting my time with an army of red shirts and get back to the worldwide conflicts instead.

The art style carries a pulpy adult graphic novel vibe, with the gore being accentuated by different shaded inks. The raw art makes the action seem bleak and disturbing, while dialogue and softer moments feel more pronounced. It’s more akin to The Walking Dead’s quieter moments when dealing with the human characters, as there are times when they’re more monsters than the actual ones. If you’re expecting a non-stop barrage of undead creatures overrunning our protagonists, you may be disappointed; look into the humanity of the situation, however, and you’ll be impressed by the story.

Case in point, one chapter highlights a scientist who unleashes the virus on a village, indirectly massacring the people he met during the day. His first victim is also someone reported missing, which spells trouble for everyone. To make a point of how nasty this is, the village is instantly decimated, and everyone from men, women, and children are seen infected, killing each other in blind rage. It’s a scary scene punctuated by an appearance from Teze, who gives more exposition to the audience and also gives the scientist some just desserts offscreen. 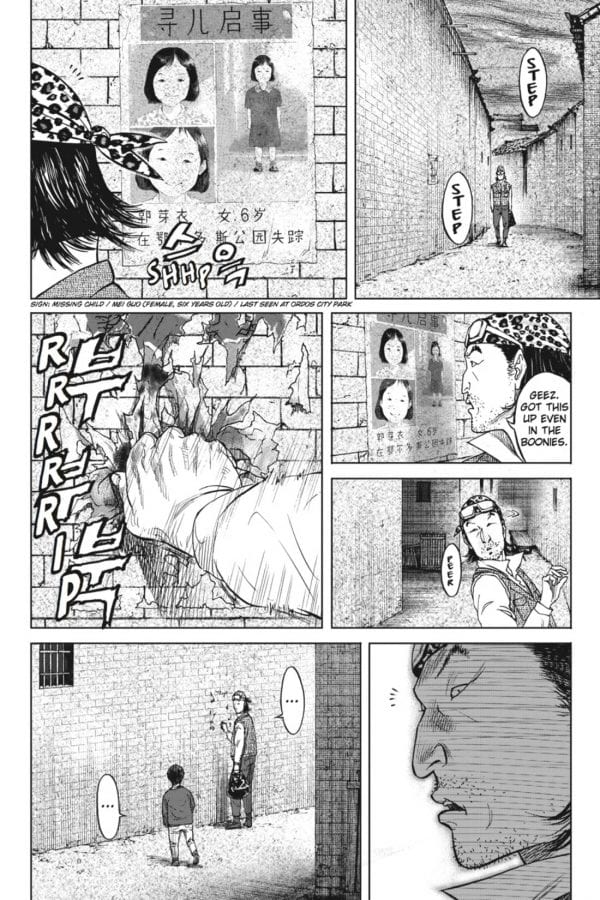 The first release of this manga is meaty, clocking at a little over 400 pages, and the story flows excellently that it could just be a standalone volume in itself. However, as it’s a serialized publication that will be continued in the coming months, the narrative threads enticing you to pick up the next volume are dangled just enough to be satisfying yet leave you wanting more.

The only blemish I could really argue with this first volume is the fact that the first chapter is done in an excellent all-colored style rather than just the first few pages, which is rare for a manga. However, it just ditches that for black & white pages afterwards, which makes me wonder how awesome the whole thing could be if it were properly colored. The overall art is fine as is, and it’s just wishful thinking.

If you’re looking for a smart, stylish, and scary story, you should definitely pick up King of Eden. The first volume is an excellent debut of epic proportions, and it’s an intelligent thriller with an addictive premise.

Elisha Deogracias is an aspiring accountant by day, freelance writer by night. Before writing for Gaming Trend, he had a small gig on the now defunct Examiner. When not being a third wheel with his best friends on dates or yearning for some closure on Pushing Daisies, he's busy catching up on shonen manga and wacky rhythm games. Mains R.O.B. in Smash. Still doesn't know if he's a kid or a squid.
Related Articles: Beyond the Page, King of Eden Volume 1
Share
Tweet
Share
Submit