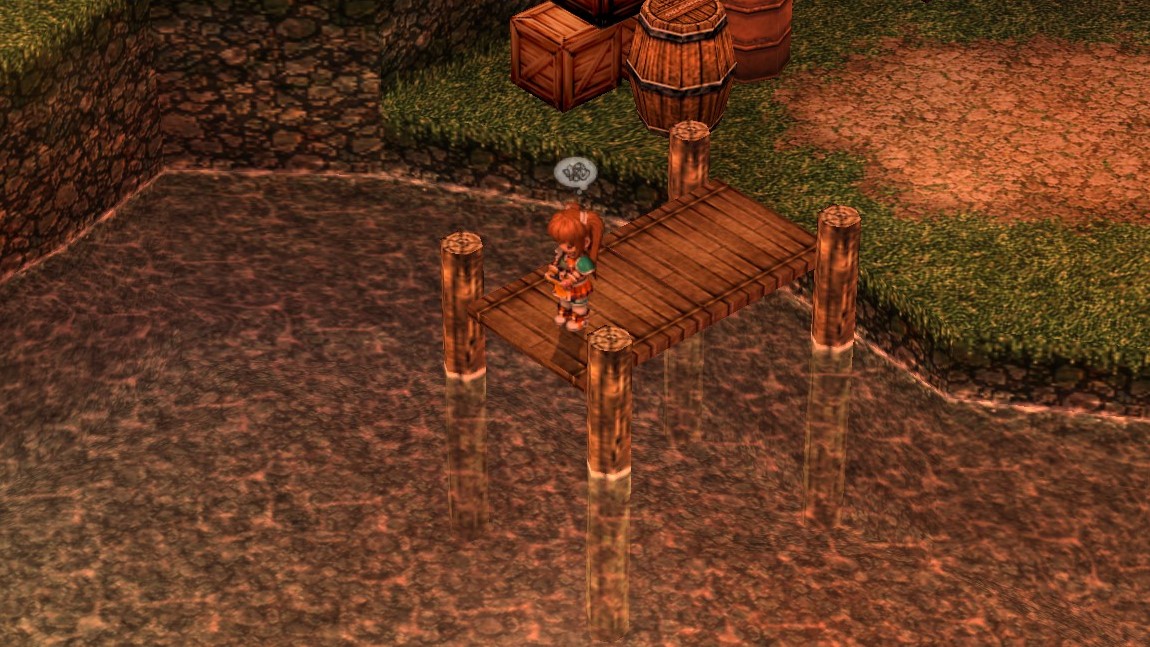 The Legend of Heroes: Trails in the Sky SC review — End of the road

When we last left Estelle Bright, she, along with her brother and a few friends, had stopped a coup attempt to take the throne of Liberl. While the main players were arrested, the true culprits – the secret Society of Ouroboros – remain in the shadows. As Joshua’s mysterious past comes back to haunt him, he goes into hiding to fight the Society. Not one to kiss and run, Estelle sets off on a quest to find her brother, destroy Ouroboros, and right any wrongs she finds along the way.

The Legend of Heroes: Trails in the Sky SC (which stands for Second Chapter) is a direct sequel to Trails in the Sky FC, picking up right where the first game left off with Estelle waking up from a drug induced sleep thanks to Joshua’s kiss. Eventually, after completing Bracer boot camp, she begins working around the country while investigating mysterious events occurring all over the place like rapid earthquakes, dense, extremely localized fog, and a string of thefts by a self proclaimed phantom thief. While they may seem to be disconnected at first, each incident must be the cause of the Society’s activities, so you once again run the “Liberl Loop” to take care of them one by one, getting the crew back together as you go.

SC reuses basically everything FC introduced, including gameplay mechanics, so I won’t repeat myself here. Instead, we’ll mostly be discussing how this sequel advances the story and characters as well as a few things that were tweaked about exploration and battles. At the start of the game, you can import your clear data (or any save post final boss) to carry over things like completion of certain quests, a few items, and Estelle’s level. I barely did any side quests in the first game, so here I took the opposite approach and did just about everything I could find. Starting at level 39 means the game’s not afraid to come out swinging, and feels like a natural extension of the first in that regard. If you are thinking of jumping in with this title, however, just don’t. The game wastes no time explaining what happened in the first game and assumes you already know the intricacies of the battle system.

One thing that doesn’t carry over is your Orbment setup, meaning all your spells and stat boosts are gone. There is a story reason for this as you get a new one that is incompatible with your old Quartz but will eventually take you to new heights. This does help to ease you back in so damage numbers aren’t quite as high as the end of the first game, and it certainly let me get better at the system as someone who only lightly interacted with it previously. You start with the standard, level one Quartz of every color but are much more easily able to unlock all your Orbment slots this time which have fewer restrictions. Eventually, you can even upgrade each slot up to level three for some more advanced Quartz that provide massive buffs and powerful spells.There’s quite a lot to customize, taking in each character’s strengths and weaknesses to either offset or enhance them, and SC really had me engaging with this system constantly to get my setup just right. 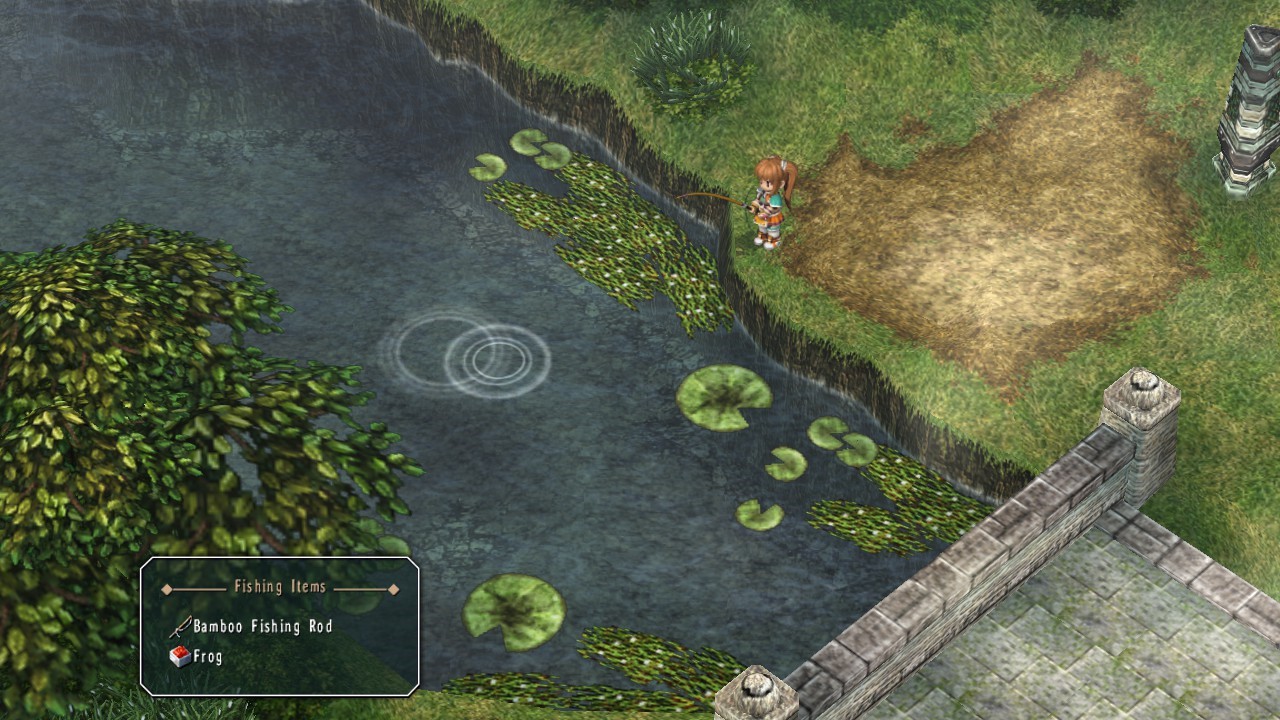 While you start over with Arts, you keep all your Crafts and learn a few more over the course of the game. The new crafts mostly consist of advanced versions of previous moves (which replace the old ones) and stronger S-Crafts. It’s nice not to have to relearn all my incredibly useful moves again, in particular Estelle’s Hurricane and Break moves, which hit multiple enemies and stop them from casting Arts respectively. Just like restarting with the Orbment did for character building, not restarting with Crafts made me pay much more attention to turn order and the effects that randomly show up like a strength or crit buff. SC really feels like more of the first game, and that’s not a bad thing. In fact, if these weren’t two different pieces of software, I’d be hard pressed to tell you where one started and the other ended exactly.

This extension of the previous title does come at a cost, however, and it pays that mostly in exploration. SC reuses basically everything FC had, which means you’re exploring the exact same world once more with very few additions or deviations. Liberl felt huge when I first set foot in it, but now it’s old hat and much easier to get around, especially with having access to airship travel now. Thankfully you don’t visit each town in the same order, and there’s even a split early on where you choose between Agate or Schera as your partner which will change the game up to chapter 3. I went with Agate, but I am curious as to how things change with Schera. 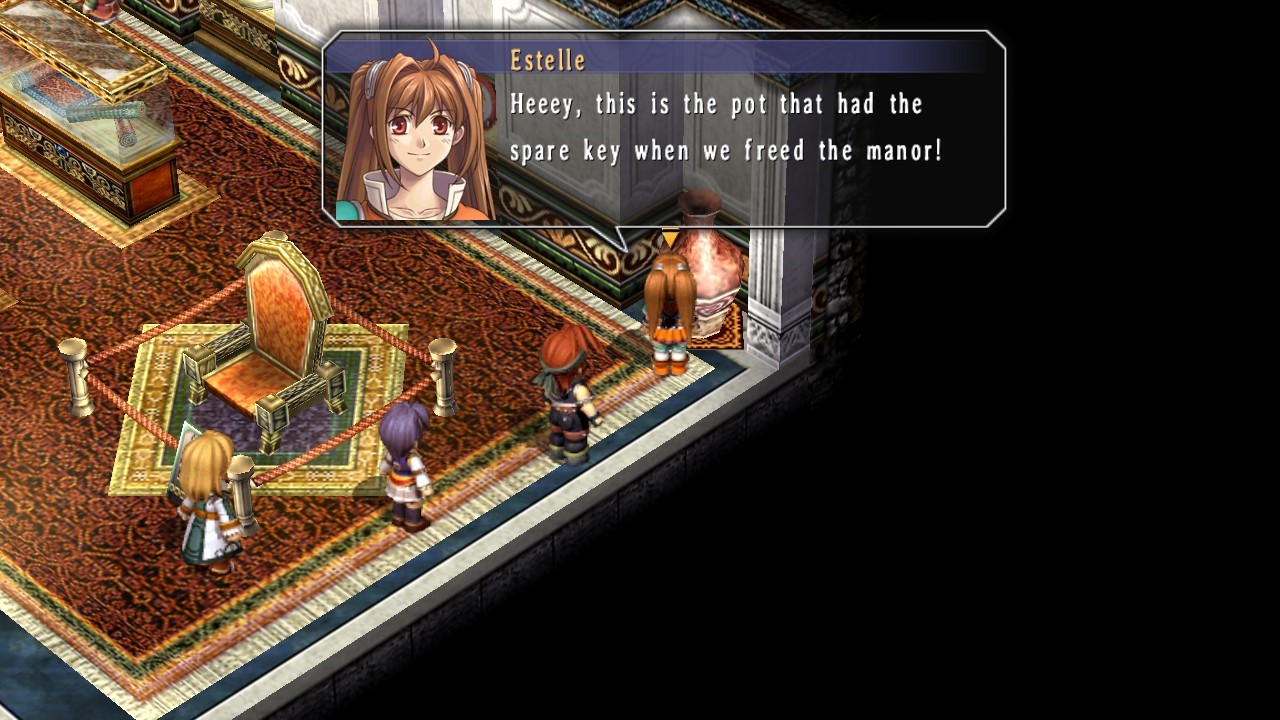 You do eventually get them both in your party, but for most chapters you’re paired with one and able to select two others to join you. For most of the game, I had Agate as my physical powerhouse, Kloe as the party’s healer, Olivier for offensive magic, and Estelle as the all-rounder. I of course swapped people around all the time, but Kloe felt like a mainstay just because of how hard enemies hit. I could use Estelle for healing in a pinch, but Kloe’s S-Craft is able to revive and heal everyone in a radius around her, which is invaluable once enemies and bosses start to one or two shot you. I would occasionally sub her in for a new healing focused character, Father Kevin, who I took with me into the absolutely brutal gauntlet thanks to his earth magic and ability to make the party invincible for a single hit, but Kloe had by far more screen time in my party.

Unfortunately, I found that ranged characters like Tita and Olivier quickly outlived their usefulness. They just can’t hit very hard and die extremely quickly, which is a shame because they’re some of my favorite characters. Tita is incredibly cute, especially her interactions with “big bro” Agate, and Olivier remains our bisexual king who keeps escaping from horny jail. Even with the best equipment possible, my party felt a bit too fragile to stand a chance against a late game boss, who I had to cheese with Kevin’s invincibility strat. It’s like everyone’s trying to be a glass cannon, but a few characters don’t have time to get shots off before they break. 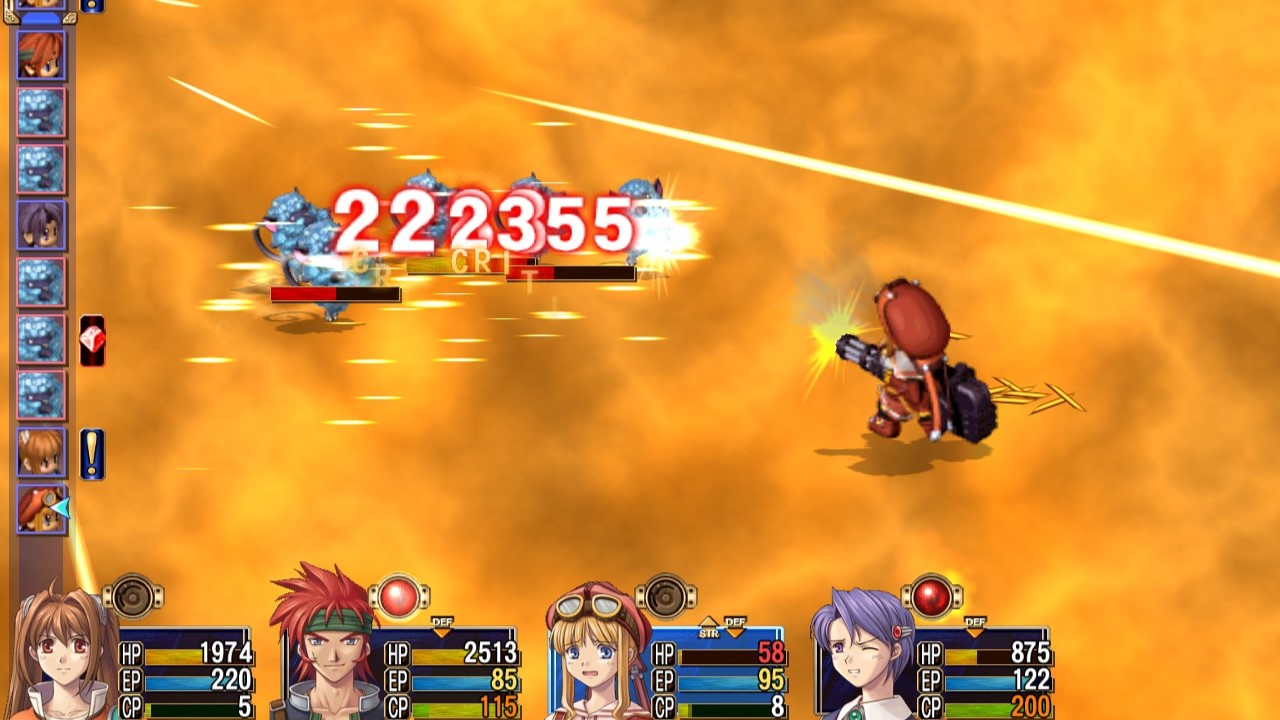 As for exploration and side quests – it was nice, if repetitive, to see how each town was getting on after the events of the first game. For example, early on one town is having a mayoral election after you arrested the previous one. While you don’t interact directly with the election, it’s just cool to see it going on in the background and eventually be resolved when you revisit the town later on. It makes Liberl feel like a world that really exists outside of your involvement, which is something I love to see in games. In the future, I would like to see a bit more interactivity with the environments, however. SC tries a little by giving you items to use on certain objects with the inventory like many adventure games, but this mechanic feels shallow and is quickly forgotten. In terms of side quests, however, I found these a lot more engaging. In the first I didn’t want to do them since they were mostly monster extermination quests, and while those are still here there’s a lot more to do with helping people more directly like getting the hot springs working again or retrieving what the phantom thief stole by solving riddles that test your knowledge of each city. I only missed two quests since they expired before I was able to accept them, but I hope this more involved trend continues in future games.

I went in expecting SC to be about equal in length to FC (around 40 hours) and resolve a few plot threads while keeping things open for the final chapter to come. Imagine my surprise then when SC is not only double the length of the first game, but also wraps up Estelle and Joshua’s story in a very satisfying way. I still don’t like their romance since they were raised as siblings and still refer to each other as brother and sister occasionally (Estelle has much more romantic chemistry with Anelace, and Joshua with Josette), but it’s still a great, well written story with tons of twists, turns, foreshadowing, and great character moments. In fact, I’ll be a bit sad if the next game leaves all the characters I grew to love here behind. Hopefully I’ll see more of Estelle, Joshua, and everyone as I continue my journey into Trails.

The Legend of Heroes: Trails in the Sky SC review — End of the road

The Legend of Heroes: Trails in the Sky SC

The Legend of Heroes: Trails in the Sky concludes the story and character arcs which began in the first chapter in an incredibly satisfying way. While it reuses a bit too much to my liking, the combat is much more engaging, with mechanics being polished and enemies being tougher. It can be a bit too tough in some regards, with ranged characters being almost useless, but it reaches higher highs than the first chapter overall while feeling like a more uneven experience.

David is the kind of person to wear his heart on his sleeve. He can find positives in anything, like this is a person who loved Star Fox Zero to death. You’ll see him playing all kinds of games: AAAs, Indies, game jam games, games of all genres, and writing about them! Here. On this website. When not writing or playing games, you can find David making music, games, or enjoying a good book. David’s favorite games include NieR: Automata, Mother 3, and Gravity Rush.
Related Articles: The Legend of Heroes: Trails in the Sky SC
Share
Tweet
Share
Submit