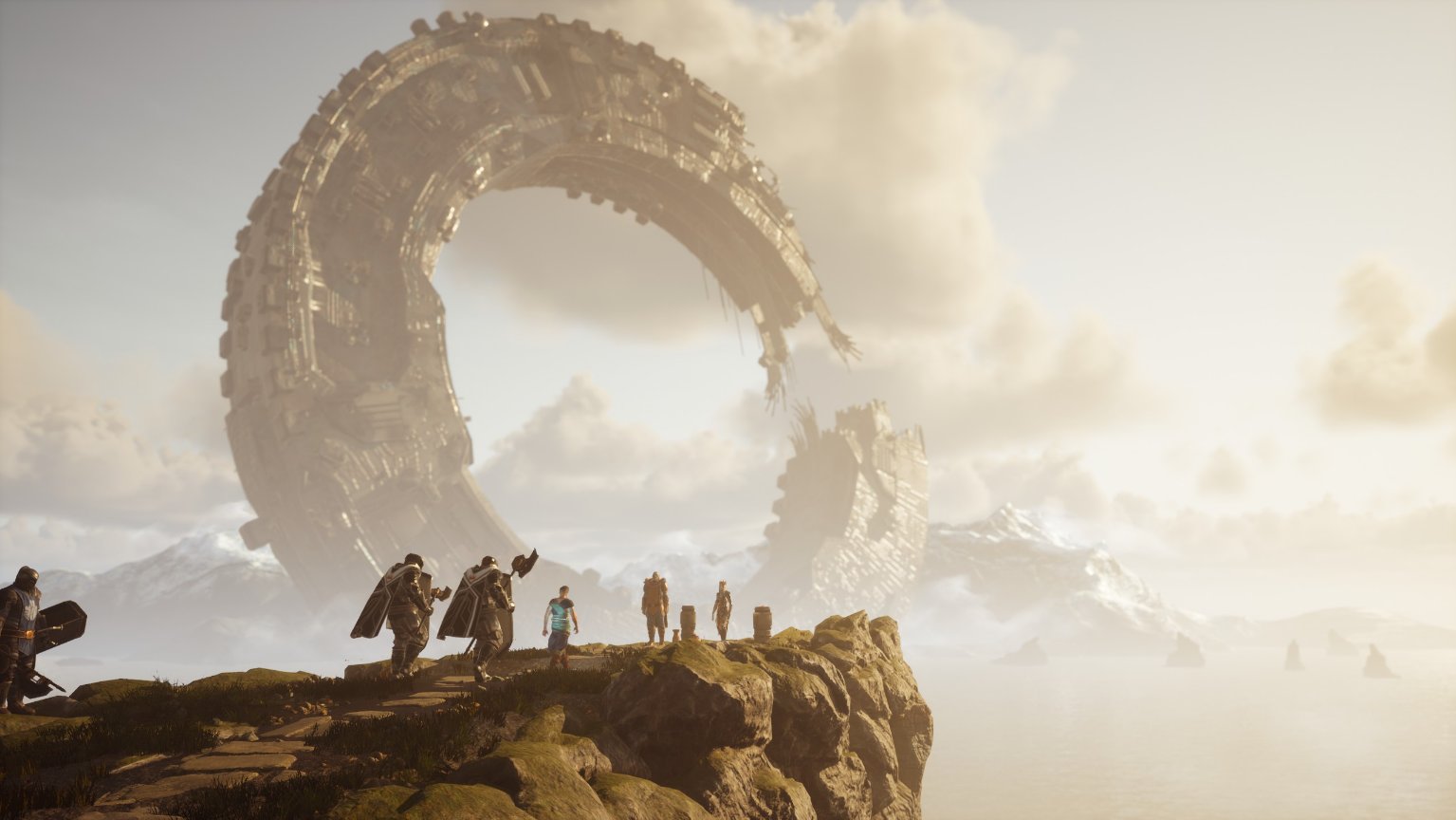 The Last Oricru has commitment issues. After over ten hours with the game, I’m not sure exactly what I played. Is it a souls-like? Is it a narrative-driven RPG focused on choice? Is it a loot-driven exploration-heavy adventure? The answer is it is all of those things, but also none of them. The Last Oricru has a lot of different systems that are never fleshed out. It is a jack of all trades, but a master of none.

In its most basic form, The Last Oricru can be described as a third-person action RPG with souls-like elements. The game boasts combat focused on dodging, rolling, and parrying, with a stat and rarity based loot game and a branching narrative. If this sounds like every souls-clone released in the past six years, that’s because it is. There is very little new on offer here, so definitely do not come into this expecting a unique, diamond in the rough experience. Though it does manage to get some things right, The Last Oricru falls flat in most departments.

The story of The Last Oricru centers around Silver, an amnesiac warrior who crash-landed on a medieval-fantasy planet inhabited by a few different factions. The planet, Wardenia, is in the midst of a war between the Naboru, feudalist blue aliens with a knack for oppression, and the Ratkin, sentient humanoid rats with heavy accents and fire magic. There is also a race of green, electricity-wielding stone men whose names are never described, along with a smattering of monsters.

The game presents you with branching choices at key moments in the story, with you ultimately siding with one faction over another. However, the only real consequences to your actions come in the form of the enemy faction you face. Side with the Ratkin, fight Naboru. Side with the Naboru, fight Ratkin. We’re not really talking Mass Effect level outcomes here. Your choices will influence the main questline, yes, but in ways that never amount to more than some locational scenery changes and which characters you spend more time with. I chose to side with the enslaved Ratkin, which is clearly the more intriguing choice when compared to the unlikeable and one-note Naboru. Some of the conversations with Ratkin characters are interesting and even thought-provoking, with themes centered around racism, rebellion, and the aftermath of war. However, I only wish the protagonist took the matters more seriously.

I don’t think I’ve ever played a game with a more hateable main character. Silver is an obnoxious, degenerate man-child with a knack for genocide and bad haircuts. My main problem with the writing in The Last Oricru is that it dances around deep themes, but never lets the characters properly explore them. Conversations with NPCs seem to always go something like this: NPC explains some expository dialogue about the state of the world or another character that is genuinely thoughtful; Silver responds with a curse-filled one-liner or a sex joke; the conversation either dies there or the NPC essentially nods their head and moves on. It’s like putting Jim Carey’s Riddler in a Martin Scorsese movie; Silver is so insufferable that he actively takes away from the story, and I would much rather play the game as someone else. Not to mention he actually enjoys all of the killing he is doing; like really, really enjoys it to the point where it is distracting. 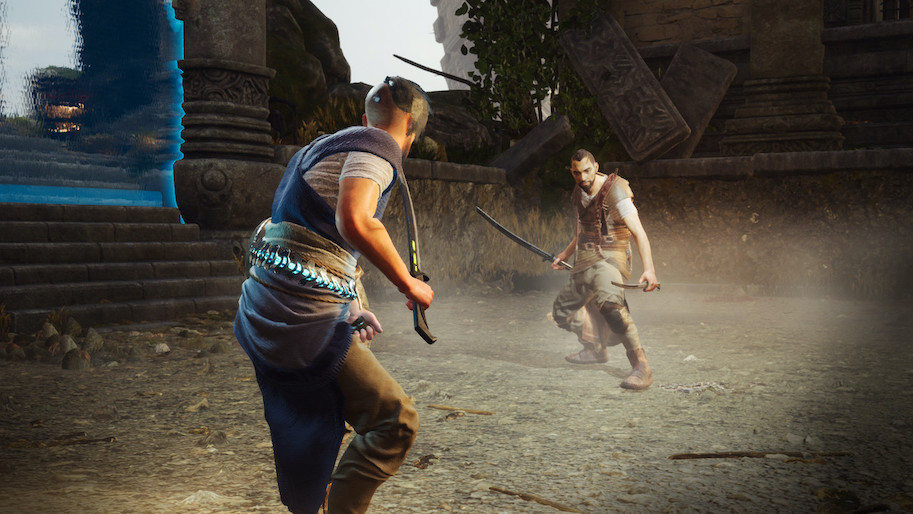 Combat, like most souls-likes, becomes increasingly difficult as the game progresses, and requires a more focused build in order to be effective. The Last Oricru features your standard RPG build types, like a defense-heavy tank, a spell casting mage, or a sword-and-shield wielding knight. Ranged options are nowhere to be found among the build types, which is not an issue in and of itself. Nevertheless, at times I found myself wishing they were available especially when being shot at by long range enemies from across the arena. In general, enemy types feel samey, with most enemies either being simple swordsman/brawlers, archers, or mages. AI was also lackluster. I beat more than a couple of enemies by leading them to ledges and watching them lunge towards their doom.

In the early stages of the game, combat felt fair as I learned the move sets of different enemy types and began to shape my build. However, as I progressed, I found my combination of stamina and strength was getting outclassed by enemies with high HP, extremely fast attack patterns, and stamina-depleting moves. I felt like the only real way to survive encounters was with a vitality and defense centered playstyle, which I was ill-equipped for. Because of this, I frequently became frustrated with the combat and wished there was a way to reset my character’s skills. Once you purchase certain skills with XP, you are stuck with your choices unless you start over in a new playthrough. I guess the game really is full of important choices.

Souls-like elements in the game are never explained. It is basically a requirement that you go into The Last Oricru with some prior knowledge of how a souls-clone works. I genuinely did not know that I was playing a souls-like until I interacted with a Terminal (bonfire) and saw that all of the enemies I defeated respawned, which was shocking and really changed how I was playing. There is also only one Terminal per zone, so if you die far from a Terminal, you essentially need to retread every step and defeat the same horde of enemies to reach your dropped XP. It’s safe to say I was a bit frustrated after having cleared an entire level only to die to a poorly timed jump or low level enemy. 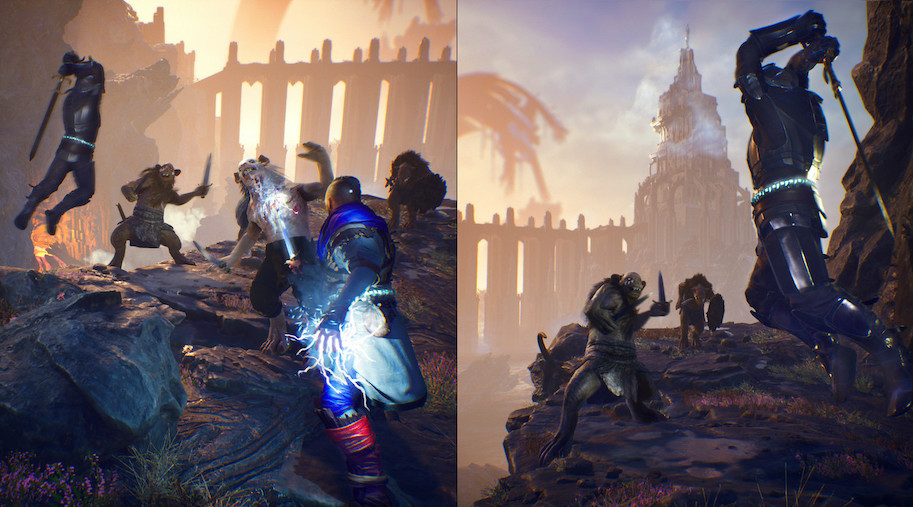 In terms of presentation, voice acting and soundtrack are serviceable and fitting for the story and setting developer GoldKnights are going for. Sound design is also on point. Casting a spell sounds other-worldly, and the medieval weaponry sounds steely and powerful. The environments of The Last Oricru are interesting and generally fun to explore as well. Though somewhat linear, they feature plenty of pretty vistas and are decorated appropriately, with lush beach vegetation or war-torn city streets where it makes sense. Lighting, shadows, and wind effects are all about what you would expect from Unreal Engine 4 at this point. Particle effects are noticeably subpar, sometimes loading in as a collection of polygons in place of smoke from a torch. Overall, I am often impressed with how the game looks.

Performance is stable at what appears to be 60 FPS on PS5. There is the occasional stutter, but nothing is ever game-breaking. The UI and menus are in need of serious attention, as text often appears too small to read or just poorly organized. There is also a co-op mode, which I did not get around to trying and cannot comment on. However, the game does feature couch co-op, which is unique for a game in this genre and extremely welcome in 2022 no matter the context.

The Last Oricru just can’t seem to make up its mind. Strong presentation and performance are enough to get you in the door, but lack any significant development throughout the 10+ hour playtime. Sporting a weak story, insufferable protagonist, and barebones souls-like systems, The Last Oricru does not bring anything new to the genre. Also, what in the world is an Oricru?