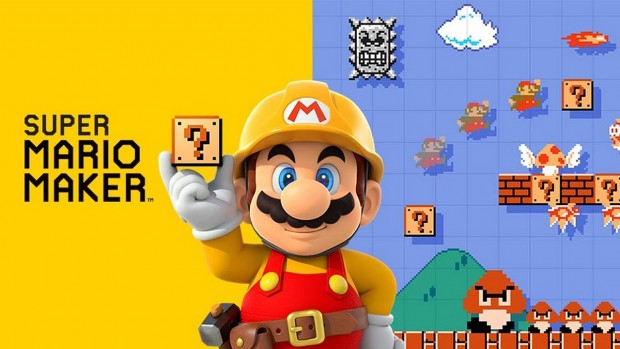 If you were to ask Nintendo fans what each of Super Mario’s classic 2D adventures mean to them, chances are you’d get a wide range of responses. Some people might reply that they love the simplified and not-yet-refined platforming of the original Super Mario Bros. Others may find the more realized gameplay and impeccable level design of Super Mario World to be their favorite. Younger gamers might even be more inclined to proclaim that the modernization of the New Super Mario Bros. series defined their gaming childhood. While the impact of particular Mario games on a person may depend on their age group and history with the series, each of Mario’s games has always offered something slightly different to everyone.

This same varied appreciation and favoritism is exactly what makes Super Mario Maker so special – it allows players to create the kind of Mario experience that they enjoy the most. Perhaps most importantly, though, it does it with the utmost detail and love, paying respect to 30 years of Super Mario history while giving creative freedom to its players.

Super Mario Maker puts the tools to create great Mario levels entirely in the hands of the player. Starting with a blank slate, players can build full-length levels entirely from scratch, and with as much or as little detail as they choose. Dozens of tools are available, ranging from common collectibles like mushrooms or coins, to lesser-known enemy types like Wiggler or Rocky Wrench, so aspiring designers truly have a full suite of items from which to build their vision. Want to create a Hammer Brother that rides atop a Koopa Troopa? Go for it. How about a Lakitu that exclusively drops Bloopers? Yup, you can do that too. Players really can create whatever their imagination can come up with, whether it be devilishly difficult or humorously absurd.

Starting with a handy visual tutorial, making your own levels is incredibly simple. The Wii U GamePad acts as a canvas where players can drag and drop items onto the stage from a toolbar displayed across the top of the screen. On a left panel, players will find stage theme modifiers from a drop-down list, making quick swaps of the terrain (ground, underground, underwater, etc.) or game theme easily accessible. Other stage attributes can also be set right from the touch screen, giving players control over the time limit or the autoscroll of their level. Even sound effects can be changed to help make moments more silly or celebratory. With the tools always right in front of you, the experience always feels intuitive, and even novice gamers should find themselves capable of building complex levels in minutes.

The level designer is incredibly easy to use.

That’s not to say that some tools don’t make the entertaining jump from game to game. Players can change the game theme of their level at any time, updating the graphical style of all items in the level and replacing some items with similar items from their respective games – the Super Leaf (Mario 3) to the Cape Feather (Mario World) to the Propeller Mushroom (NSMB), etc. But while some items will convert to the next-closest parallel, others can be brought into games where they never previously existed. Seeing objects like Super Mario Bros. 3’s Kuribo’s Shoe or Super Mario World’s Koopa Clown Car appear in the original Super Mario Bros. for the first time is a pleasant surprise. Even previously exclusive terrain themes, such as Mario 3’s airships, can be applied to games where they never appeared before. All of these game-specific items and themes ultimately function the same as they do from their game of origin, but it does create a sense of inspiration to create fun “what-if” type scenarios.

Unfortunately, as often as Super Mario Maker encourages experimentation, its staggered method of unlocking tools can sometimes hamper the creative juices from flowing. The game begins with only a dozen of the most common tools, with additional toolsets unlocking on a daily basis by spending at least five minutes in the level creator. This is all done in an effort to slowly ease players into creating increasingly complex stages rather than overwhelming them with options from the get-go, but admittedly feels unnecessarily limiting. Many of Super Mario Maker’s greatest moments come from toying around in the game’s sandbox, but when the game withholds tools from you, it often seems counter-intuitive to the freedom the game excels at. Gradually unlocking tools through natural play is understandable, but locking some tools behind a time wall often impedes content creation when it should be inspiring it instead.

“Oh yeah. Sure. I can totally beat this.”

Thankfully, finding excellent levels from the online community is just as easy as creating them. Once a player has finished their level (and proven that it is beatable), a simple tap of a button gives them the option of uploading their stage online. The community is easy to navigate, letting players filter levels based on popularity or date. Players also have the ability to “favorite” community levels and players so that they can always return to some of their most enjoyable experiences. Much like LittleBigPlanet, the quality of levels that you’ll find online can vary, but with such a robust level creator available, there is huge potential for incredible community levels down the road. With Mario Maker’s ease of use and attention to detail, the door has been left open for loads of clever levels and it would not be at all surprising to see some stages rival even Nintendo’s greatest.

When not building levels or playing through others online, Super Mario Maker also features over 50 pre-made stages from Nintendo. Created across many different themes, these stages are accessed by playing a game mode known as the “10 Mario Challenge” where players are given 10 lives to beat eight courses. Unfortunately, while these levels offer a fair amount of entertainment value, they never come close to the level of quality seen in previous Mario titles. Usually shorter in length, these stages feel more like samples, intended to inspire gamers rather than challenge them. They aren’t bad per se, but Super Mario Maker’s focus on created levels is apparent when playing through these stages. Players looking for great Super Mario stages are likely to be at the mercy of the online community rather than find them built-in.

Super Mario Maker also boasts amiibo support in the form of costume power-ups. While in the stage builder, tapping an amiibo to the GamePad unlocks a new power-up, which when acquired, gives Mario a costume of the corresponding amiibo character. This power-up can only be used in the original Super Mario Bros. theme, and the game mechanics will remain largely the same, but this ability gives Mario the pixelated appearance of other Nintendo characters. There’s a certain giddy delight to playing through old-fashioned Mario levels while controlling characters such as Wii Fit Trainer or Link, with sprites and sounds that pay homage to each of those characters. Furthermore, levels containing these costumes can be still be shared online, meaning entire levels that are designed to play like Kirby or Donkey Kong are always a possibility. The Costume Mario power-up doesn’t entirely change much, and is mostly just an Easter egg, but it is loads of fun to experiment with. This is absolutely the best use of amiibo to date.

The amiibo power-ups create opportunities to develop levels based on other Nintendo properties.

Super Mario Maker is loaded with moments that are bound to put a smile on your face. The intuitive interface and attention to detail make it incredibly easy to create a Mario experience tailored to your own preferences. Nintendo has obviously gone to great effort to create gameplay that respects and celebrates Mario’s history, while still giving players a huge amount of freedom. The pre-built levels may not be enough to entertain fans looking for a full-fledged adventure, but the potential of the online community is staggering and should be more than enough to keep Mario fans entertaining for a long time. Super Mario Maker is a great game that is constantly encouraging player creativity while giving them the tools to play exactly as they want to.

Gaming Trend's resident amiibo collector, Matt's a lifelong gamer with a soft spot for Nintendo. As a new father, Matt often struggles to stay as involved as he has been in years past but can always be counted on to come back for some engaging geeky conversations. A resident of Philadelphia, he is currently working on building up his Man Cave with all things Marvel, Star Wars, and Video Games. As an old-school gamer, Matt firmly stands by his belief that gameplay will always be more appealing than story.
Related Articles: Super Mario Maker
Share
Tweet
Share
Submit