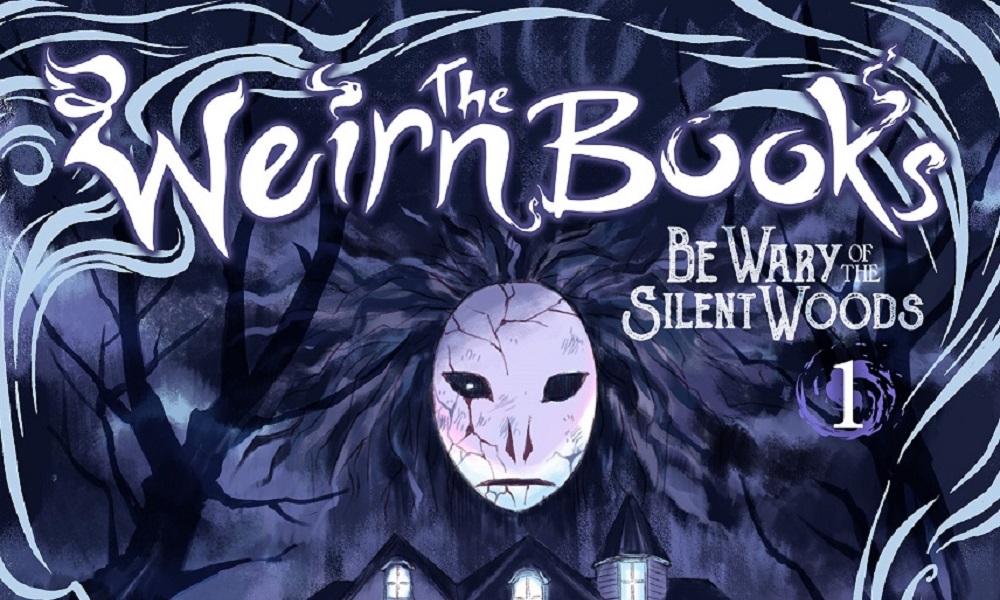 While I do read a lot of manga and comics, young adult literature isn’t something I delve into as much these days. I appreciate the efforts of authors who write for the teenage crowd though, and was intrigued by Svetlana Chmakova’s first volume of her new series, The Weirn Books. The first installment, released under Yen Press’s JY imprint, Be Wary of the Silent Woods is a solid start to a magical series of graphic novels which fits the demographic quite well. 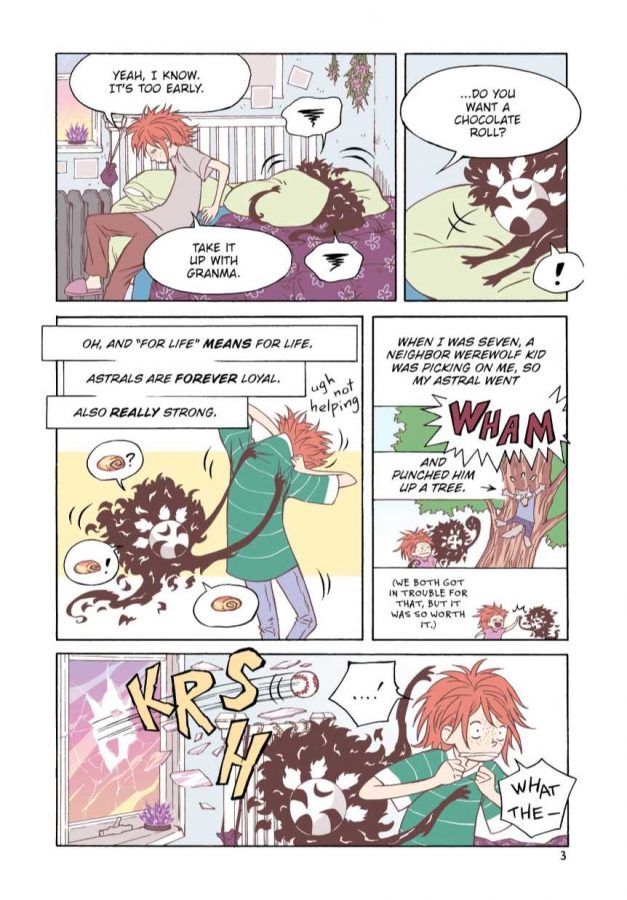 The Weirn Books stars main character Ailis Thorton who lives with her grandmother as well as near her cousins Na’ya and D’esh in the sleepy town of Latham. The three characters (as well as most of the supporting cast) are Weirns; magical beings with guardian spirits protecting them. Unbeknownst to humans, the place turns into magical grounds where mythical creatures roam around the place. Here, we have a school that Ailis and Na’ya attend, complete with ghoulish cliques (figuratively and literally) and classes based in magic. It has a Harry Potter-lite atmosphere that young adults would love, and it’s done in a way junior-high students can understand.

While taking a brief shortcut to school one night, the group encounter a mysterious figure that follows them around with an eerie aura. While the main trio are successful in evading this creature, rival Patricia is an unlucky victim as she is mysteriously kidnapped and becomes nice to the whole school, a red flag for everyone involved. Teaming up with fellow Weirn Jasper and werewolf Russ, the group find a mysterious house that has some sinister secrets within, with a foe that might be too big for them to handle. 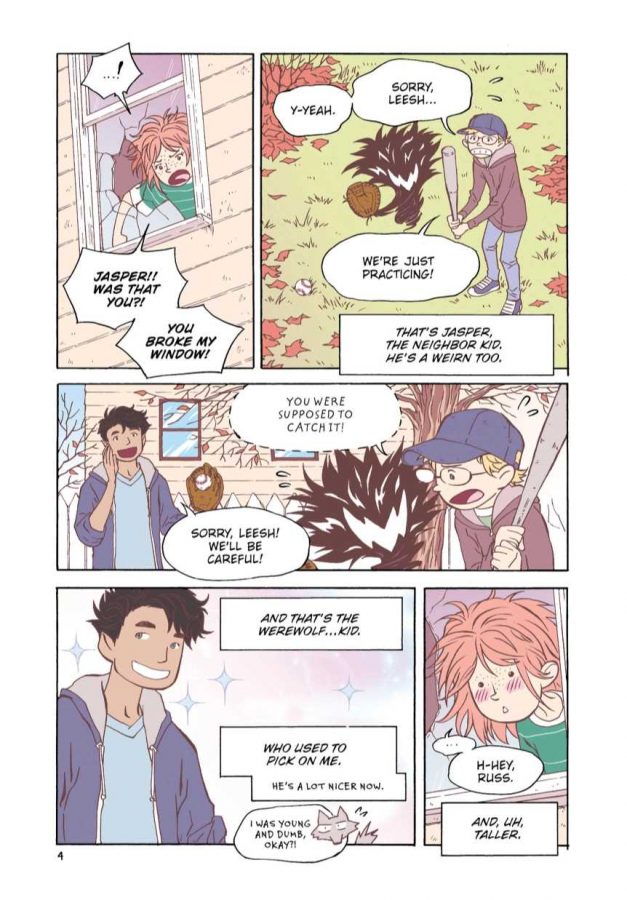 While this is my first full experience with Chmakova’s style, I appreciate the light colors and relaxed art style of the characters. The book does feel like it has manga inspirations mixed with something magical like Harry Potter or Little Witch Academia, and it handles the slice of life and action elements well. I like the characterization of the cast, and the familial relationship between Ailis and Na’ya is well done. While they’re cousins, their bond is more sisterly, and I like the banter that they have even when they’re in threat of peril.

However, there were a couple things that could have some improvements; while the art style is solid, there are a lot of times when backgrounds aren’t drawn (usually with closeups of characters). While this would normally pass in a black and white graphic novel, The Weirn Books is in full color, which means that the lack of backgrounds in some panels is jarring to say the least. In addition, while the Weirns (and werewolf) have a lot of facetime and good characterization, their Astrals, who are extensions of their personalities, feel like throwaway creatures more than anything else. They’re reminiscent of magical Pokémon, but don’t feel like they complement the characters much. You could excise them from the main story and you wouldn’t miss much. 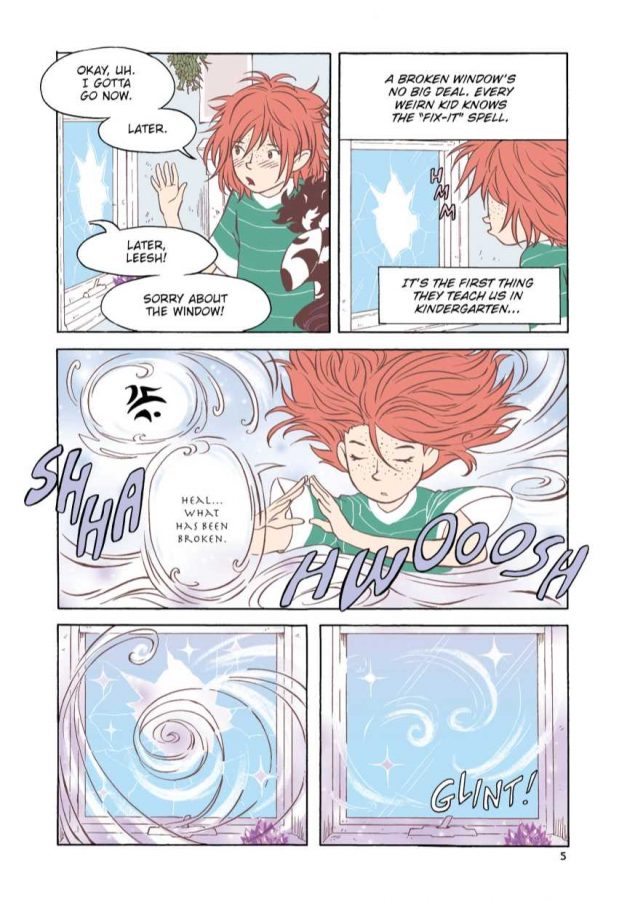 The Weirn Books: Be Wary of the Silent Woods

The first volume of The Weirn Books is a nice beginning to a potentially engrossing young adult series. Those looking for a little late-night magic in their lives are in for a treat.

Elisha Deogracias is an aspiring accountant by day, freelance writer by night. Before writing for Gaming Trend, he had a small gig on the now defunct Examiner. When not being a third wheel with his best friends on dates or yearning for some closure on Pushing Daisies, he's busy catching up on shonen manga and wacky rhythm games. Mains R.O.B. in Smash. Still doesn't know if he's a kid or a squid.
Related Articles: Beyond the Page, The Weirn Books: Be Wary of the Silent Woods
Share
Tweet
Share
Submit