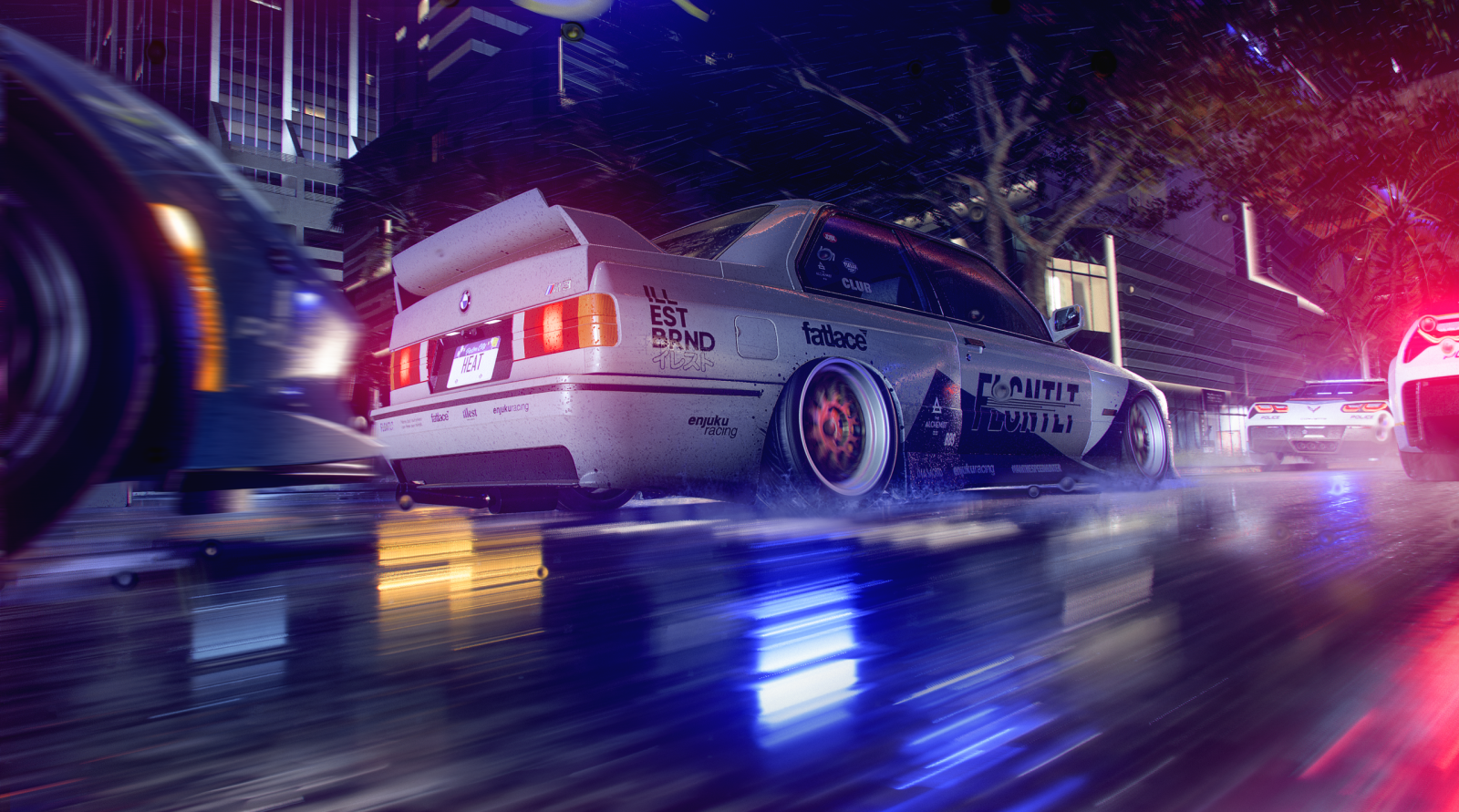 Need for Speed has had a spotty track record of late, often struggling to find a style that stands out. With Need for Speed Heat, Ghost Games leans into the underground tuner culture of past games and cribs the overused family themes from the Fast & Furious franchise to little effect. Unfortunately, its story comes across more like a shoddy rip-off rather than a fun contender in the genre, while its bright, pulsing aesthetic helps push it over the finish line. I had a good time with Heat’s core gameplay, but the game’s tedious progression and dull characters worked to undermine a solid foundation.

Earlier Need for Speed games have made great use of leaderboards and online gameplay, Need for Speed: Hot Pursuit’s Autolog comes to mind, and while much of that is still present in Heat, it served to ultimately detract from the experience. The game is set in a large open world, and you choose to load into the world either online or solo where online populates the map with other players that you can challenge to race at any time. That was neat, and it worked well enough, but my problem was that because you’re in an online game, when you bring up the map to check for collectibles or try to plot a route around the police, the game doesn’t pause, and your car remains in motion. I brought up the map at one point to place a waypoint and was run off the road. It was needlessly frustrating, and unless you specifically want to race online (at which point the map just serves as a needless multiplayer lobby), I’d recommend just playing it solo. 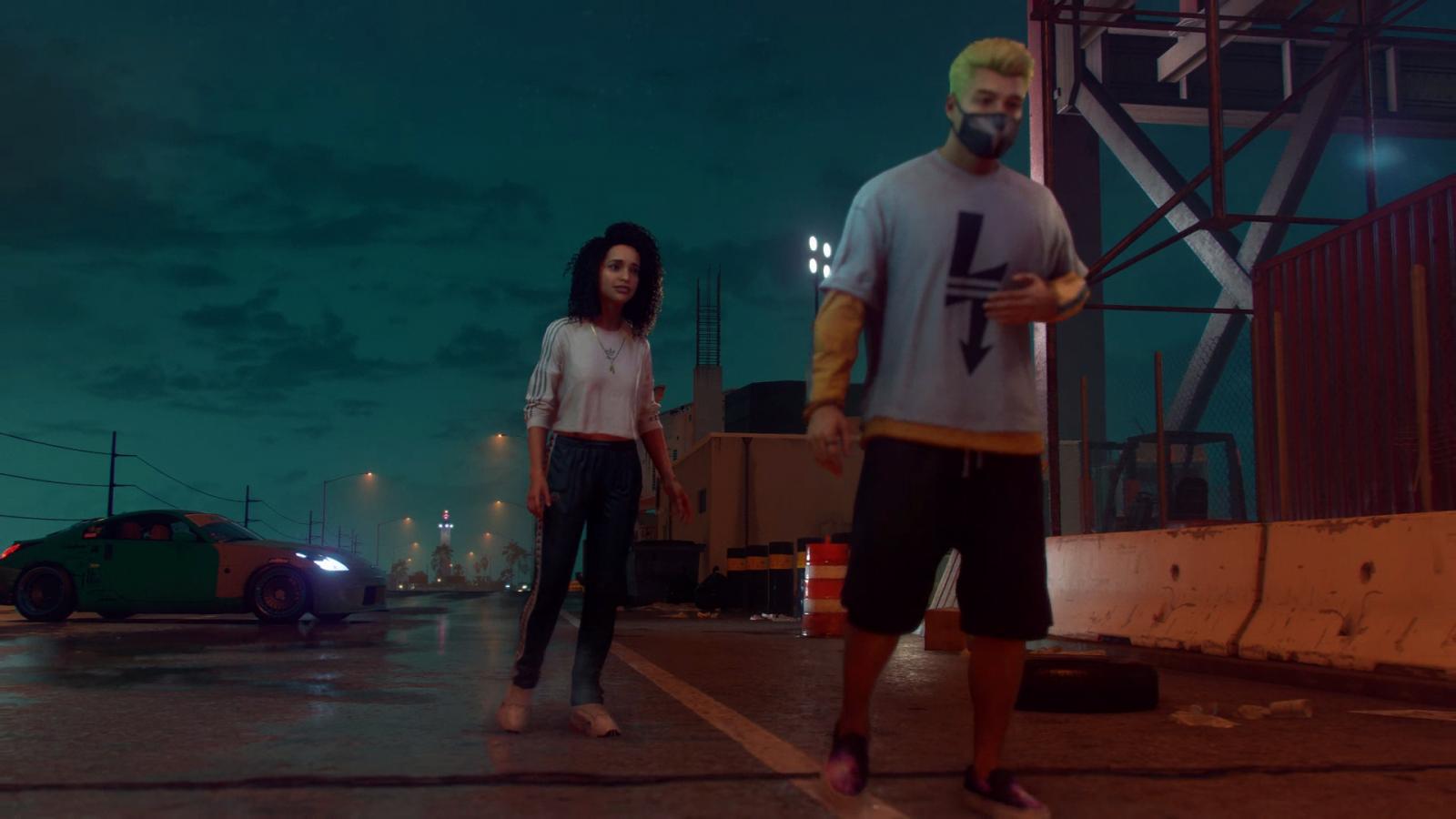 However you choose to load into Palm City you get to pick your character from a batch of premade character models—that are all voiced—and you are quickly thrust into a story that was seemingly given as little thought as possible. Your player is not named, and after moving to town, gets a car and ingratiates themselves with a racing crew immediately. Here you meet Lucas, the ex-racer mechanic and his hot headed sister, Ana. The main conceit of the story revolves around Lt. Frank Mercer and his anti-racing taskforce that is dead set on taking down every illegal street racer in Palm City. From a gameplay perspective this means that as you drive around, if you run afoul of the law, they will stop at nothing to take you down (pretty standard NFS stuff there).

Interestingly, though, the cops, while always present, are only really a threat at night. And instead of the day-night cycle of Need for Speed Payback, Heat smartly lets you choose between day and night when you leave the garage. You are earning rep to unlock better cars and upgrades and also money to spend on said upgrades. During the day the city is for some reason full of legitimate street races seemingly sanctioned by the city where you earn money, but if you need to level up your rep, you need to come back at night and take part in some of the illegal races that are so regularly featured in the game’s newscasts. These races were much more interesting as you not only had to contend with the other racers, but with local traffic and usually a cop or two. It was crazy that the game posits that street racing is such an extreme epidemic that police are given almost limitless power in taking them down, yet for some reason the city is littered with street races every day. And the cops seem baffled by the rise in racing. 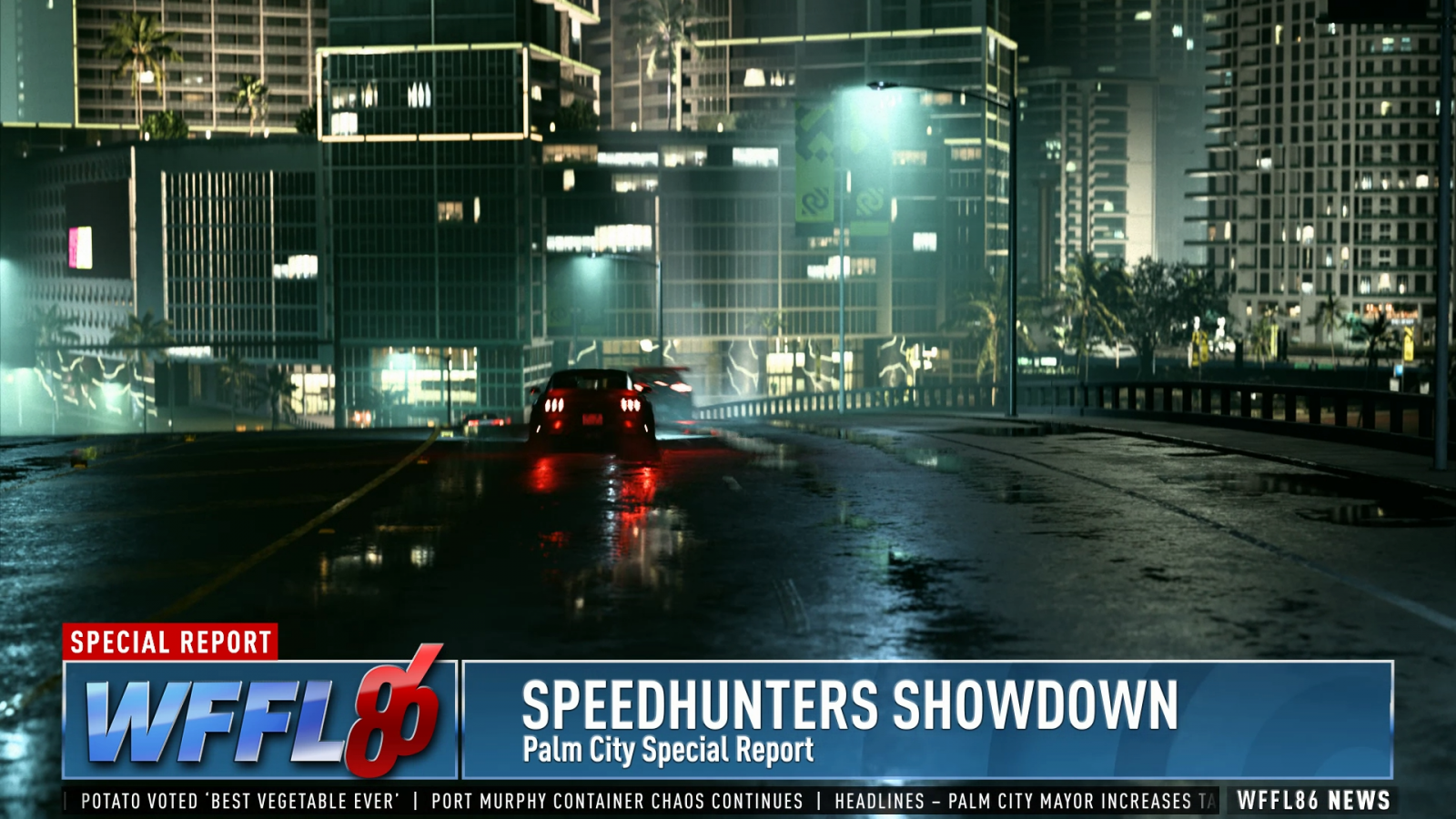 That premise is silly enough and it was stranger still, because while I certainly don’t need the game to heavy-handedly condemn street racing (that’s what I’m here for), it was odd how naively the game seems to treat its central gameplay. I appreciate that the characters are street racers and have an adversarial relationship with the police, but Heat goes to crazy lengths to insist that the police even suggesting that street racing should stop is some sort of heinous persecution. If you street race for a living, you would think you would be aware that what you’re doing is technically illegal. The cops are made to be the criminals in the story only really to make our heroes seem like they are fighting against some injustice when they fly down a crowded street at 180 miles per hour. It lacks the camp of games like Most Wanted and Underground and instead borrows ideas of racing crews and family ties from the Fast & Furious movies without any of the characters that sell those stories.

Beyond the flaws in the game’s setting, your player character serves almost no role in the story. You are an active participant, but the story would have played out the same if they were there or not. It seemed that you only existed in any scene to give the other characters a reason to deliver exposition. Exposition that was absolutely never worth hearing.

Once the characters have finished talking, you can get into the meat of the experience—the racing. This is where the game shines. The cars both felt satisfyingly weighty yet nimble and precise. The arcade style racing here meant that I almost never hit the brakes but rather drifted around every turn. To drift all you have to do is double tap the gas as you lean into a turn and your car will swing into position. Once I got the hang of it, I was drifting like a pro thanks to the fact that the game seemed to give me the benefit of the doubt on some turns. Taking the turns still required skill and timing, but the system was generous enough that I never felt completely out of control. The AI was always appropriately tough (the game has three difficulties so you can tune it to your needs), and learning how to take a turn was truly quite important to keeping your lead. The environment whizzing by impossibly fast, the camera jostling as your car hits its limits, and the pitch-perfect soundtrack bumping in your ears all created a worthwhile racing experience that can stand on its own against games like Forza Horizon. 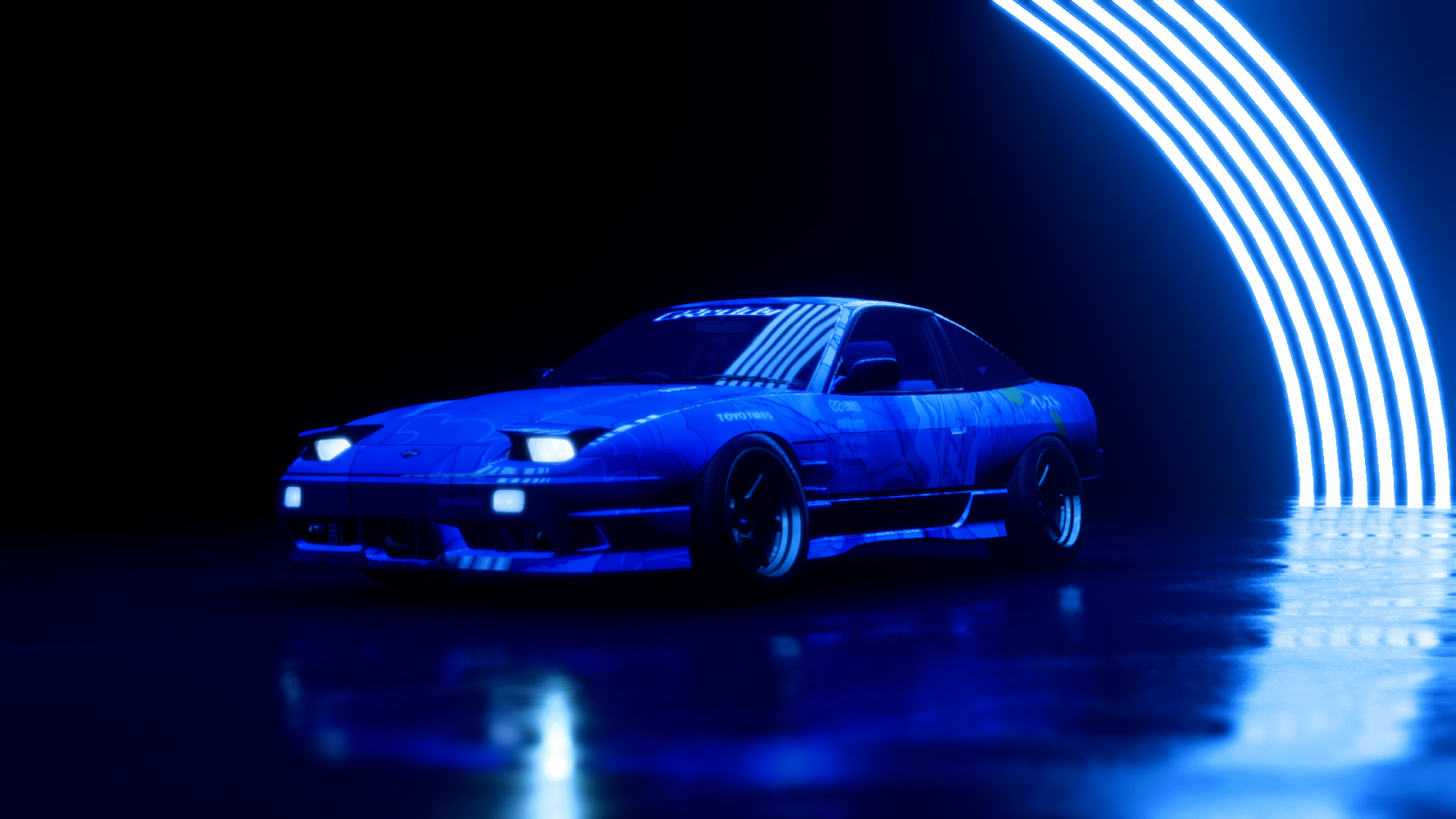 When the races were over, Heat was much less compelling. The open world is diverse and visually interesting, but so sparsely populated that Palm City felt lifeless. It has neon flamingos to run over, various technical challenges, and billboards to smash through, but the open world was less in service of providing these challenges as the extracurriculars were there to justify the game even having an open world. More damning was Heat’s progression system. Interesting at first, the loop revolves around switching between day and night. You earn cash during the day, switch to night (with a stylish transition that genuinely made me smile every time) to earn rep and then spend the cash on the unlocked parts to take on tougher races. Deeper into the game, though, story missions were gated behind higher rep levels which meant I had to essentially grind out the same races over and over just to get to the next mission. I needed a new car to stay competitive which was $100,000 and then $160,000 to upgrade that car, so I had to repeat the same handful of races over and over again for the pitiful cash rewards until I had enough to use that car in essentially the same loop at night. As fun as the races can be, it sucked all the joy out of the experience to grind for rep just for the privilege of doing one more story mission.

At night the grinding was slightly more fun because you could only bank rep by entering one of the many safe houses around the city. Because your rep is multiplied based on your Heat Level (how angry the cops are at you), you’ll usually be leading the police on tense chases most nights. The cops were terrifyingly deadly, and disappointingly you are equipped with few tools to shake the cops. On many occasions the cops got on my tail and when sheer speed wasn’t enough to lose them, I’d smash into them, damaging me and only angering them more. I would end up getting busted and losing all of my hard-earned money and rep. These chases were exciting, and finally getting them off your tail was rewarding; I just wish I could have gone on the offensive. 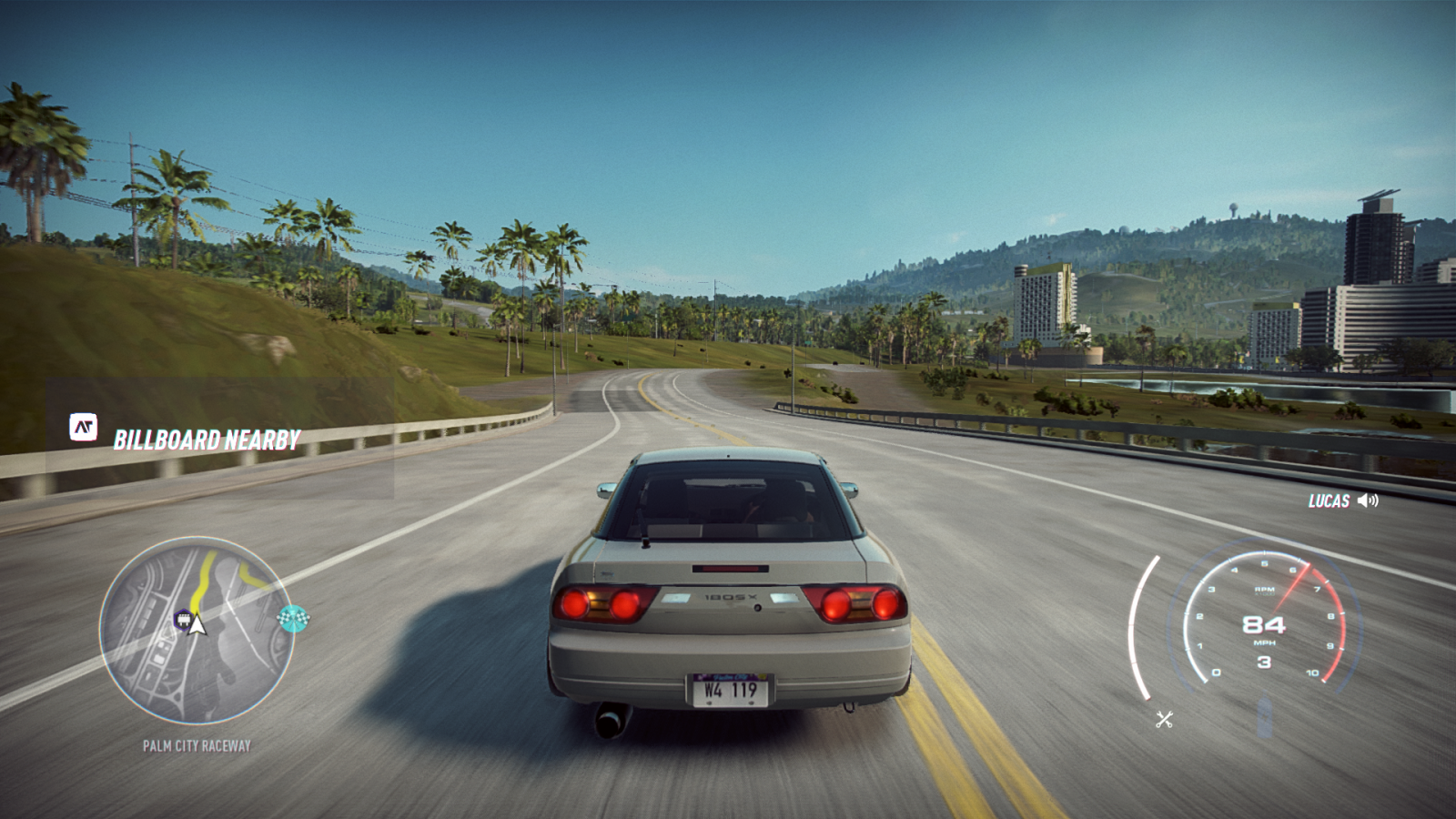 Need for Speed Heat is an interesting turning point for the series. When the franchise seemingly couldn’t withstand another lackluster entry, it found a neat approach that doesn’t totally deliver. It doesn’t blow away the competition, but, despite its glaring flaws, I had enough of a good time with the game overall that, for the first time in years, I would love to see the series continue.

Need for Speed Heat has a great visual style that smartly leans into the tuner culture that helped set the series apart in games like Most Wanted and Underground. Unfortunately its sluggish progression and weak online offerings keep this from reaching the heights of the series.

Nathan lives in Colorado catching Pokemon on the Go and at home. He previously spent three months interning for Game Informer before coming back to Gaming Trend to spread the good word on video games. His real passion, though, is collecting different versions of the 3DS and other weird Nintendo garbage. It's a never-ending quest for less space in his house.
Related Articles: Need for Speed Heat
Share
Tweet
Share
Submit