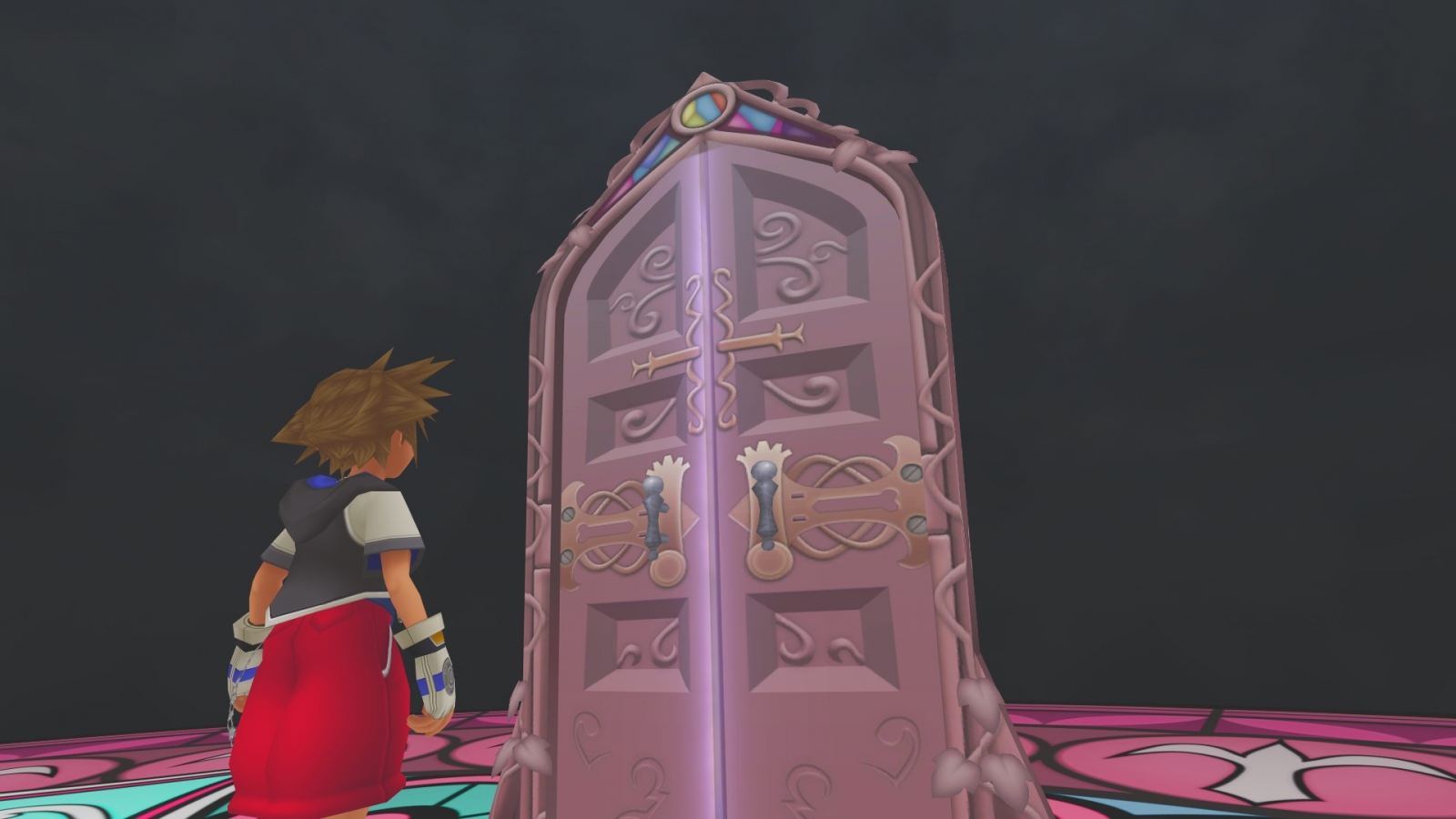 I’ve been playing Kingdom Hearts games since I was 7 years old, and if you had asked me, even a few years ago, if I thought the games would ever come to PC I would have laughed in your face. However, with the release of Kingdom Hearts 3 on Xbox, as well as the rest of the remastered collections, it started to seem inevitable that the series would become available on every platform under the sun. This Epic Store exclusive PC release comes in four parts: the 1.5 + 2.5 compilation of Kingdom Hearts 1 all the way through Birth by Sleep and the Re:Coded movie; 2.8 Final Chapter Prologue (yes, that’s a real name) which has Kingdom Hearts 3D (renamed to HD, ruining the pun), the 0.8 demo for 3 telling Aqua’s story, and another movie summarizing the events of the mobile games; Kingdom Hearts 3 including the Re Mind DLC which introduced an epilogue, data battles, and reworked combat; and finally last year’s Melody of Memory, a rhythm game celebrating the Dark Seeker Saga which ended in KH3. You know, now that I’ve written all that out I can see where people get the idea that the series is confusing and convoluted… Regardless, let’s take a look at these ports and see how they fare, you may find that they’re.. Simple and Clean in the Sanctuary of the Epic Games Store where you can… Face your Fears? Don’t Think Twice about these bad jokes…

Let’s start with the less graphically intensive pack, 1.5 + 2.5. I played all of these games using my custom rig with a NVIDIA GeForce RTX 3060 Ti and an AMD Ryzen 7 3700X 8-Core Processor running Windows 10, more than enough to run a PS2 game released in 2006. Using FrameView, I was able to measure framerates ranging from around 700 to 1000 in the opening of Kingdom Hearts 2. Given that the original ran at 30 and my monitor can only display 60… that’s a lotta frames. I was also running the game in a Fullscreen resolution of 2715x1527 (slightly more than 1440p, for whatever reason) with frame rate caps and vsync off, which made these games look crisper than ever, especially KH 1 and 2. I found BBS and the two movies (They turned the DS games into HD movies instead of remaking them entirely) don’t quite look as hot. Some textures in the PSP classic don’t look like they’ve seen updates since the original release and the 358/2 and Re:Coded movies appear blurry in some scenes. Personally I’ve never been a fan of BBS, partially due to the incredibly close camera and cumbersome command melding, and think that the movie doesn’t really do 358/2 justice (I’m a crazy person who enjoyed the tedious mission structure as a metaphor, OK!?) Re:Coded is the most skippable entry in the franchise, aside from Chain of Memories which I think spoils a bit of the surprise of KH2’s masterful opening. But I’m getting off-topic, it does suck that these movies (which appear to be pre-rendered) and BBS Final Mix don’t reach their full potential here, but the real meat here are KH1 and 2 which both look and play better than they ever have. Unfortunately though, while the games may run at ridiculous frame rates most cutscenes are still locked to the original 30 FPS. It’s fairly common for games of this era, but still disappointing.

While I was surprised in my review of the Keymander 2 how well Kingdom Hearts played with a keyboard and mouse, it’s still better here. At any time in the entire collection, you can seamlessly swap between the two control methods. While you can rebind the controls from the menu (either globally in the launchers for each game or on a game by game basis, which is a nice touch and applies to all such graphics and sound options), the default works fairly well. You can choose from three types of keyboard layouts, QWERTY, AZERTY, and QWERTZ, but I’m used to the former so I stuck with that. WASD moves your character, the mouse controls the camera, left click is attack/confirm, right click is Block, Space is jump and cancel, and the scroll wheel controls your command menu or deck or what have you. It’s basically exactly how you think these games would play on PC, though I would have preferred right click to be cancel instead of space as there is sadly no mouse support in menus — keyboard only. Another caveat is actually adjusting the PC exclusive options: you have to press ESC on the title screen or in-game menu to access it. If you sit further away from your PC and use a controller, you’ll have to walk over to the keyboard. It’s frustrating for sure, this could easily have been bound to Select or something, but not a deal breaker as you won’t be going into that menu once you set it up to your liking. No mouse support is a bit more of an annoyance though, especially in menus since you have to use the scroll wheel, WASD, or arrow keys. While I still prefer a controller for these games, it would have been nice to have since I do enjoy playing with keyboard and mouse. As an aside, I noticed that the “launcher” in two out of four of the titles seems to be a separate application, with the window closing briefly before starting your selected game. It messed up my desktop layout a few times, so it’s something to keep in mind if you’re particular about that.

Next up is 2.8. Dream Drop Distance, 0.8, and Back Cover all have the exact same options as 1.5 + 2.5, despite two of the titles looking more similar to Kingdom Hearts 3. It’s certainly odd, as there are no more specific graphical options in the latter two games, but if your computer can run KH3 it should run these no problem. Back Cover may be another movie, but it appears to run in real time here (owing to the fact that this ran natively on PS4 hardware instead of PS3), so thankfully there’s no blurriness or aliasing like in the other movies. One thing I’m happy to report is that my computer’s M.2 SSD has completely obliterated the fairly lengthy loading screens seen in both Final Chapter Prologue and KH3. Seriously, when starting up Aqua’s journey in the Realm of Darkness it instantly tells me to press X to start. 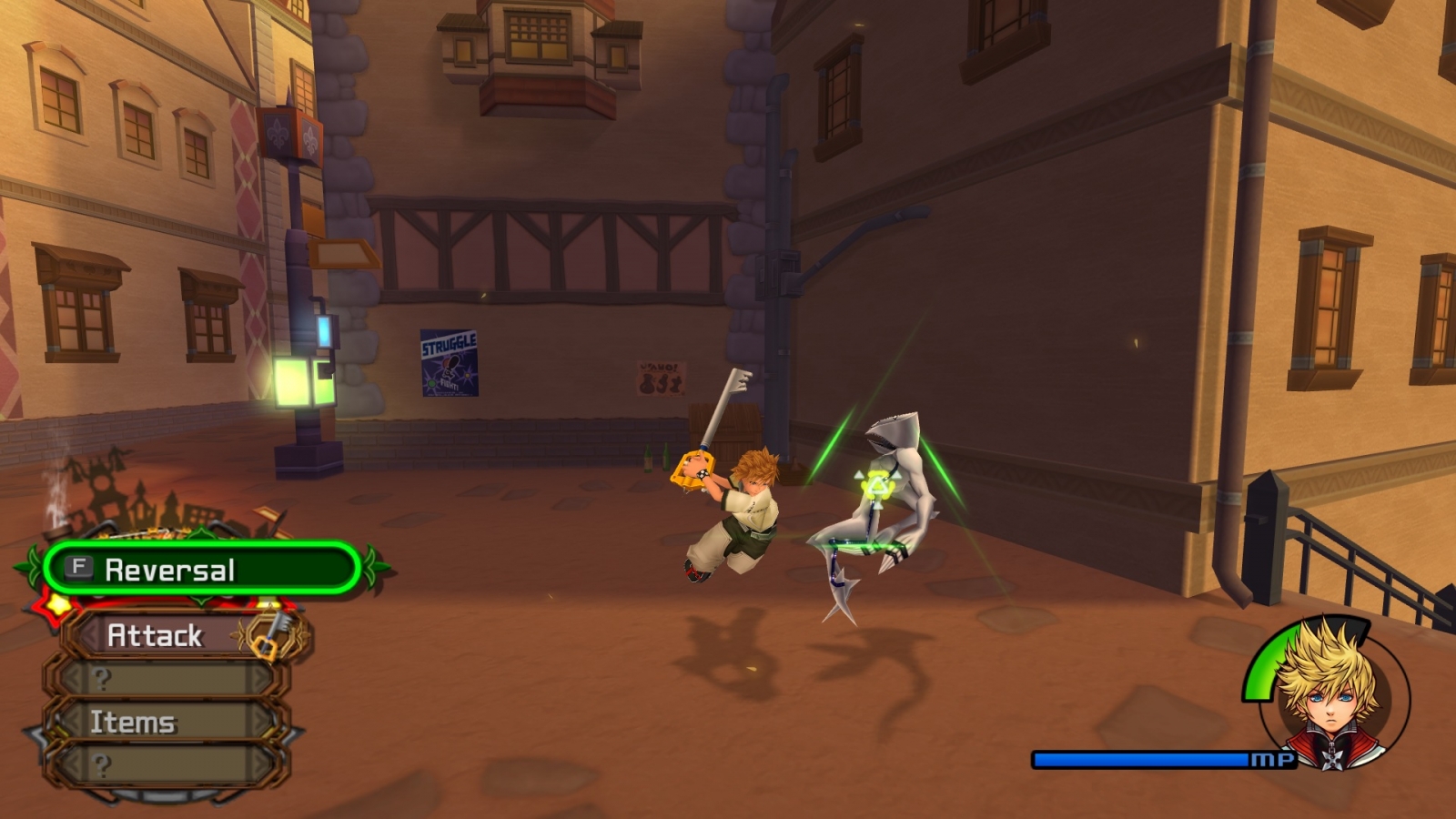 A short note about MoM before we get to KH3, it can sadly only go up to 1080p and 120 fps. I can understand the reasoning behind this, it’s a rhythm game and you don’t want any stuttering or dropped frames which I didn’t encounter, but with the return to the PS2 art style I think it could have stood to go reach for 4K and even higher frame rates.

Kingdom Hearts 3, as the most graphically intense game in the series running on Unreal Engine, has clearly had the most work put into its port. You have the same resolution, colorblind, and frame rate options as the two collections, but also HDR and a host of more specific graphical options. You can adjust the resolution scale all the way from 50% to 200%, change the quality of textures and shadows, disable LOD (which basically reduces the detail of distant objects), turn on FXAA + TXAA for maximum smoothness, toggle bloom, lens flare, depth of field, and motion blur, and adjust the quality of volumetric lighting and clouds. It’s a nice suit of options, but even still this is the most demanding game of the bunch. At max settings, resolution, and uncapped frame rate the game hovered around 30 – 45 fps. Of course, that skyrockets when I turn the resolution scale back down to 100% to around 80 and 100 in more intense areas in Olympus and Thebes or 100 to 140 in the first fight in Twilight Town, which is still a marked improvement over the PS4 Pro’s max of 60.

Unfortunately, this is the only game in the entire saga that I saw dropped frames… in loading screens. Got ya! This is another excellent port and certainly the definitive way to play every single one of these games, despite some of their flaws. I am seriously considering getting a new monitor to play some of my favorite games in 120 fps, 4K, and with HDR.

I should mention that each of these are priced at $50 to $60 dollars, which is frankly insane. I can understand Melody of Memories and maybe, MAYBE Kingdom Hearts 3 with Re Mind the collections should be $20 max, if that. I normally don’t like to discuss price in my reviews, but these games really shouldn’t be full price when you can get all of them in one package on amazon for $60 and it frequently goes on sale.

The Kingdom Hearts PC ports are surprisingly excellent. With a substantial amount of options in 3 especially, this will no doubt please players who want to experience some of the saga at upwards of 900 frames per second. While there are a few blemishes, like blurry movies and no mouse support, each of these games is well worth owning for fans of the series. Just wait for a big sale.

David is the kind of person to wear his heart on his sleeve. He can find positives in anything, like this is a person who loved Star Fox Zero to death. You’ll see him playing all kinds of games: AAAs, Indies, game jam games, games of all genres, and writing about them! Here. On this website. When not writing or playing games, you can find David making music, games, or enjoying a good book. David’s favorite games include NieR: Automata, Mother 3, and Gravity Rush.
Related Articles: Kingdom Hearts 1.5+2.5 ReMIX, Kingdom Hearts 2.8 Final Chapter Prologue, Kingdom Hearts III, Kingdom Hearts: Melody of Memory
Share
Tweet
Share
Submit