Editor’s Note:The software for the mouse has finally released and is available on the device’s io gear page. It fixes some of the issues brought up in this review, with the ability to remap buttons, but other issues like the scroll wheel and inability to remove weights remain.

The MMOMENTUM Pro MMO Gaming Mouse is a strange gadget. On one hand, it has many useful buttons, an ergonomic design, and has a pretty rainbow light effect. On the other, it seems half baked in its seemingly non-existent customization software, the default functions of each button, and the supposed ability to adjust the weight of the device by adding or removing weights which are impossible to remove. My opinion on it can be summed up in that gif of Larry David considering the pros and cons of two options, but that wouldn’t make for fun reading so let me elaborate.

The MMOMENTUM is designed for playing MMOs such as Final Fantasy XIV, The Elder Scrolls Online, World of Warcraft, and so on. It has six buttons on the side as well as an extra left mouse button on top which functions as a double click. Two of the side buttons are larger and positioned higher up, while the other four are smaller, near the bottom, and numbered one through four. The two upper buttons work fine, while the bottom four have a few caveats to them. First of all, they’re not actually assigned to the numbers they’re labeled as. 2 is actually 1, 3 is actually 2, 4 is actually 3, and 1 doesn’t seem to work at all. I might be able to reassign them using the software described on the webpage and in the manual, but in multiple days of searching it doesn’t actually seem to exist. Other devices have download links to their software right on the product page, but not the MMOMENTUM for some reason. 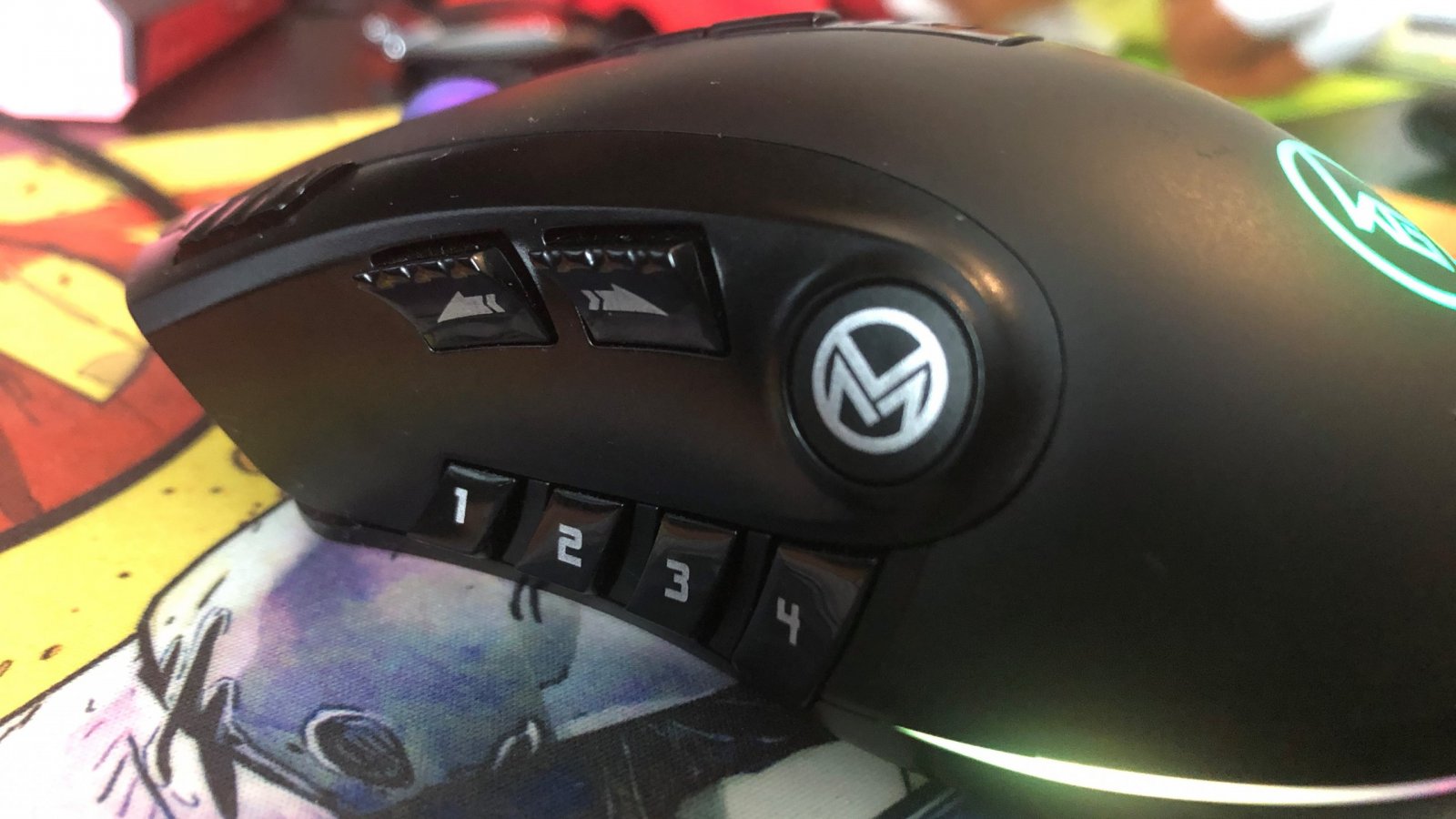 The mouse feels like a natural fit for your hand; it’s easy to use and your fingers will rest naturally on the buttons as well as a little shelf for your ring finger. It’s got a comfortable weight to it that I initially thought was too heavy, but got used to after I realized the supposedly removable weights inside the mouse are impossible or at least incredibly difficult to remove. The scroll wheel is not as comfortable as the rest of the device, it has irritating ridges on it that make it more precise, but uncomfortable to use in regular browsing.

The MMOMENTUM is an odd device, in some aspects it’s an excellent and comfortable mouse to use for gaming as well as normal computing, but it has just as many caveats as positives. With its non-existent software and some features that just don’t work, it is difficult to recommend over other mice that do more with less.

David is the kind of person to wear his heart on his sleeve. He can find positives in anything, like this is a person who loved Star Fox Zero to death. You’ll see him playing all kinds of games: AAAs, Indies, game jam games, games of all genres, and writing about them! Here. On this website. When not writing or playing games, you can find David making music, games, or enjoying a good book. David’s favorite games include NieR: Automata, Mother 3, and Gravity Rush.
Related Articles: Hardware, MMOMENTUM Pro MMO Gaming Mouse
Share
Tweet
Share
Submit