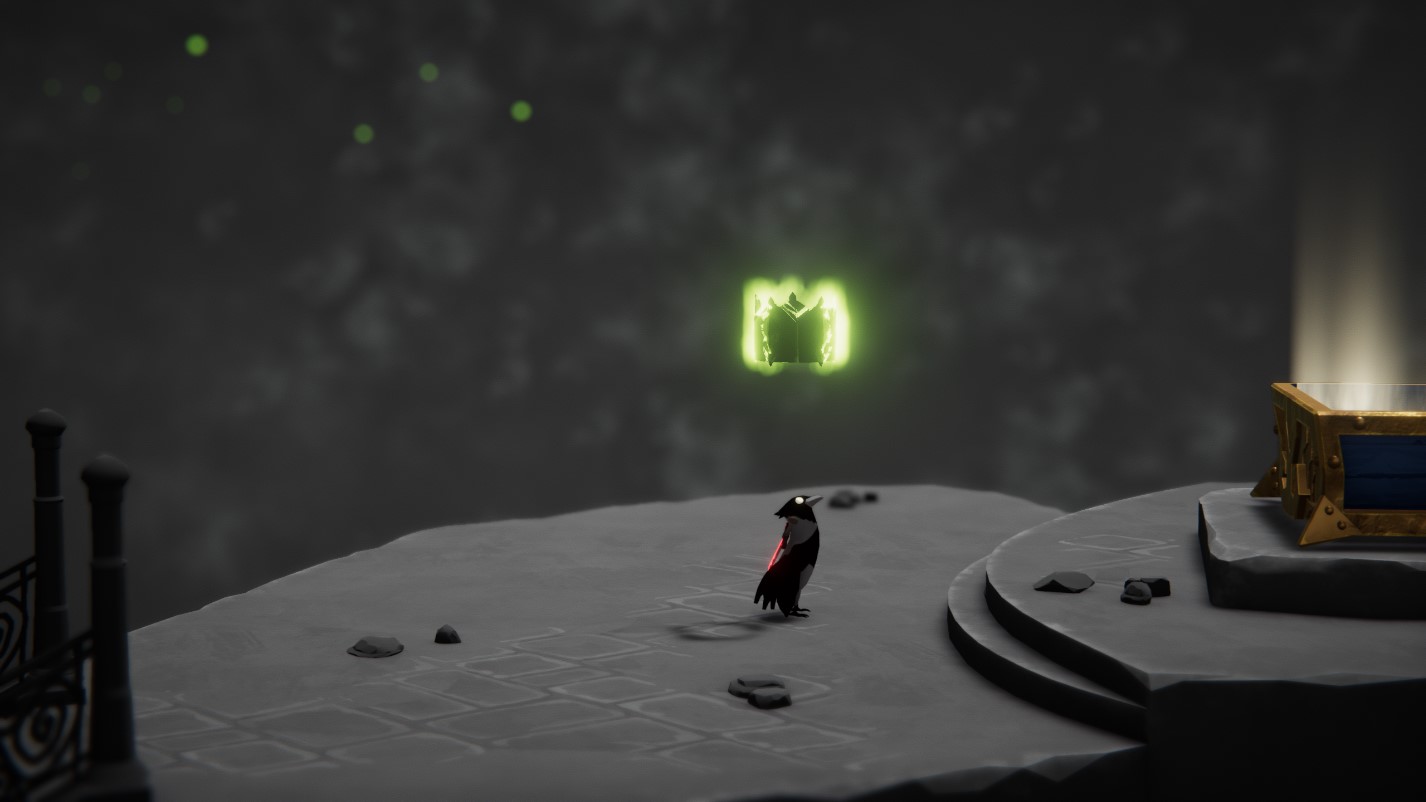 It seems like only a month ago I was singing the praises of Death’s Door in our preview (spoilers, I did do that a month ago), and we’re already to release day. As I said before, this was definitely one of the surprises of E3, with an amazing gameplay loop and fantastic graphics and soundtracks. The question you always run into when you do a preview is whether or not the whole game will match the first impression. For some games it’s better, while others are worse for wear. For Death’s Door, I found another title that falls under the best games I’ve played in 2021, and I’m thrilled to finally be able to talk about it today.

Honestly, I’m having a hard time figuring out where to start with this one. Death’s Door does a phenomenal job in crafting a game that excels in nearly everything it does. The gameplay is strong, the setting, artstyle, and soundtrack are fantastic, and it’s just fun to play. I could stop right there and in my mind you’d have enough reasons to buy this one, but let’s go a little more in depth.

Death’s Door stars you, a little crow birb who works for an organization who reaps souls. One would think that’s the job of death, but who knows why that guy’s not around. As long as you do this job, you have the rights to immortality, but you’re bound to doing jobs for the Lords of the Doors, the leader of said cabal. The good news at the start, there’s a big soul available to collect, and all you have to do is enter one of the doors (avenues between the hall of doors and your destinations), and take this baddie down once and for all. What ensues is a nice little jaunt and a decent payout… until a big crow appears behind you, bonks you on the head, and takes your soul from you.

Here’s where the bad news comes in, this guy had a soul escape through a huge door that’s locked tight, and you need some really large souls to open it. Because the soul you had just earned was taken, you’re stuck in a similar predicament to the older, larger crow; your contract for it isn’t complete, and until you do something about it you are stuck in limbo aging. The only way to fix everything? Help the other crow by tracking down the souls of three beings of the land that have somehow lived long past their expiration dates. It’s up to you to be a good little birb and find them, kill them, and use those souls to reclaim your life.

What ensues is quite the epic adventure. The game plays to the stylings of Link’s Awakening, with an isometric view, a very similar melee combat, and different items you earn as you progress through areas which also allow you to progress further. It sounds really simplistic, and that’s what makes it so much fun. You’re going to hack and slash your way through many different creatures, learn what makes them tick and how many hits they’re going to take to die, and when to dodge roll around. It all works very fluidly, and even when you mistime a swing it generally won’t cost you your life.

Speaking of costing you your life, as I mentioned before in our preview, the game’s difficulty is very fair. I enjoy a challenge when I play video games, I think we all do. It’s when a game is unreasonably tough that it gets annoying and I want to put the controller down. Even something like Dark Souls difficulty isn’t unwarranted, that’s the style of the game and there’s a high learning curve to it. Death’s Door manages to find that perfect medium of testing my skill and letting me have fun. I remember my first encounter with the Urn Witch (one of the boss creatures), and even when I died multiple times trying to defeat her I didn’t feel irritated with the spike in difficulty. You can’t alway have your cake and eat it too, but Acid Nerve has managed it with aplomb.

Something else they do with this is not making you pay for every mistake you make. Occasionally I would dodge roll off a bridge with one hit left on my health bar, and even though I had to start back at the last door I had unlocked with enemies respawned, Death’s Door employs the shortcut system à la Dark Souls to allow you to keep moving forward. This is something I wish more games would do (looking at you Returnal), as it adds checkpoints without really adding checkpoints. I have the option to grind for a few more souls if I decide to take the scenic route as well, and even better I don’t lose the souls I earned on the previous run. There’s not necessarily a lot to spend them on, with four different skills (all related to upgrading your strength, speed, etc.) that only have five levels to increase, but any benefit is appreciated when you’re a birb fighting his way through a cruel world. 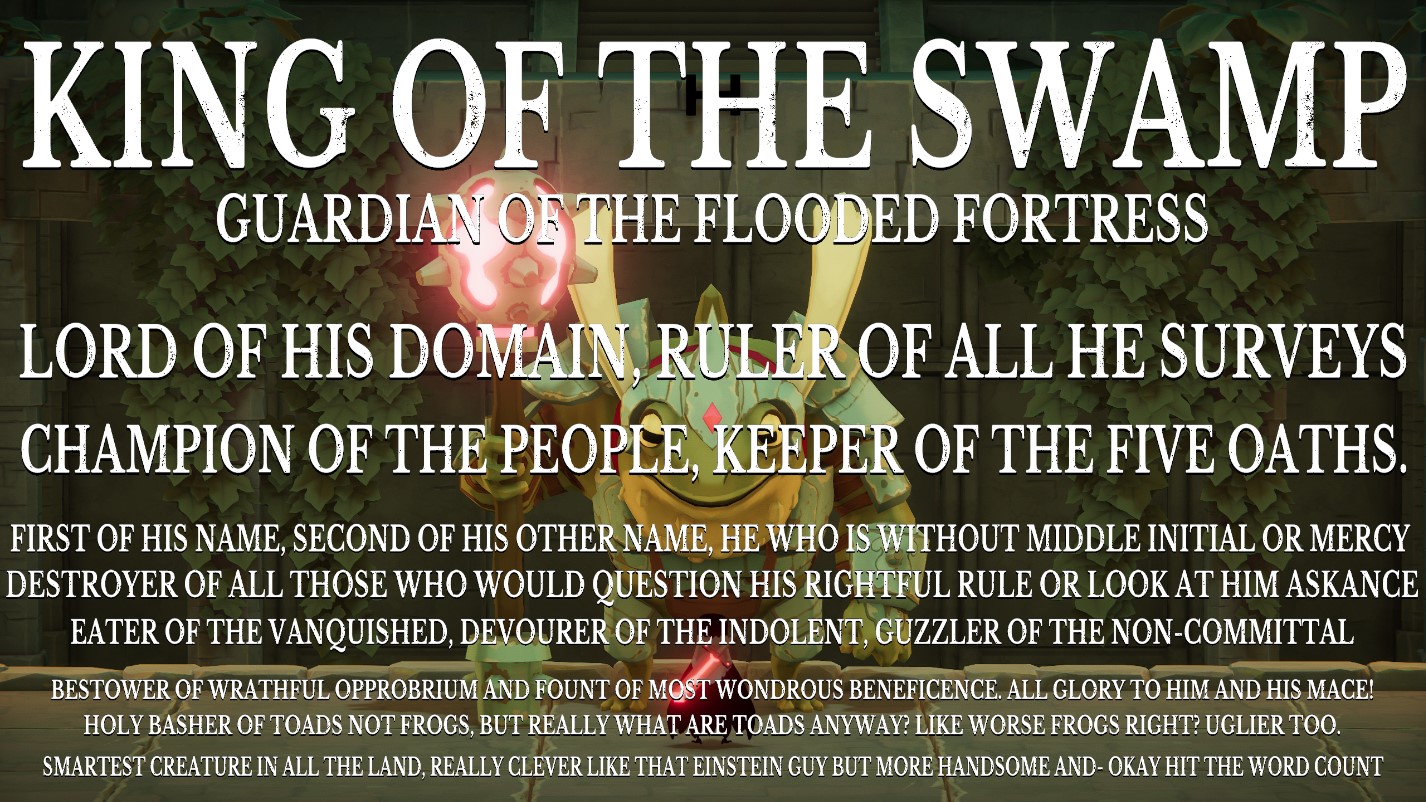 As cruel as the world may be though, it’s equally as beautiful. Many independent games make their mark by looking unique compared to others or doing something flashy most triple A developers don’t want to risk, but Death’s Door nails multiple aspects in this regard. This game could be considered a piece of art in my book, and you can tell that just by looking at the screenshots and videos we have on display for you. Those really don’t do it justice either, as the muddy swamps of the Frog Kingdom and the cold hallways of the castle both have plenty of character to them. That in and of itself is one of why Death’s Door is as outstanding as it is, everything about it oozes character.

Another thing that has charm galore is the soundtrack, and each piece feels like it meshes perfectly with the environment you’re in. The piano piece in the hall of Doors is amazing, the wind instruments throughout are phenomenal, and as I’ve already mentioned the loud Urn Witch’s basement in the preview I won’t go on about it, but rest assured it’s a treat for your ears. I need to see if I can find the soundtrack available à la carte so I can listen to it on the regular; it’s that good!

While I’ve already discussed some of the gameplay, there are two specific areas that are just a pleasure to experience, the puzzles and the boss fights. First, the puzzles. I love games that do them well, especially when they don’t feel shoehorned in. While I wasn’t as big a fan as most of Breath of the Wild, I did really enjoy playing the shrines. There were just enough puzzles without them feeling overbearing, and it didn’t feel like a random task to do them. Death’s Door doesn’t have a ton of them, and they definitely fit in closer to how the older Zelda titles handled them, but it’s a blast to figure them out. The mechanics of the game are glossed over, so much so you might miss some things if you aren’t paying attention, but it’s the little things you learn along the way that make the puzzles fun. 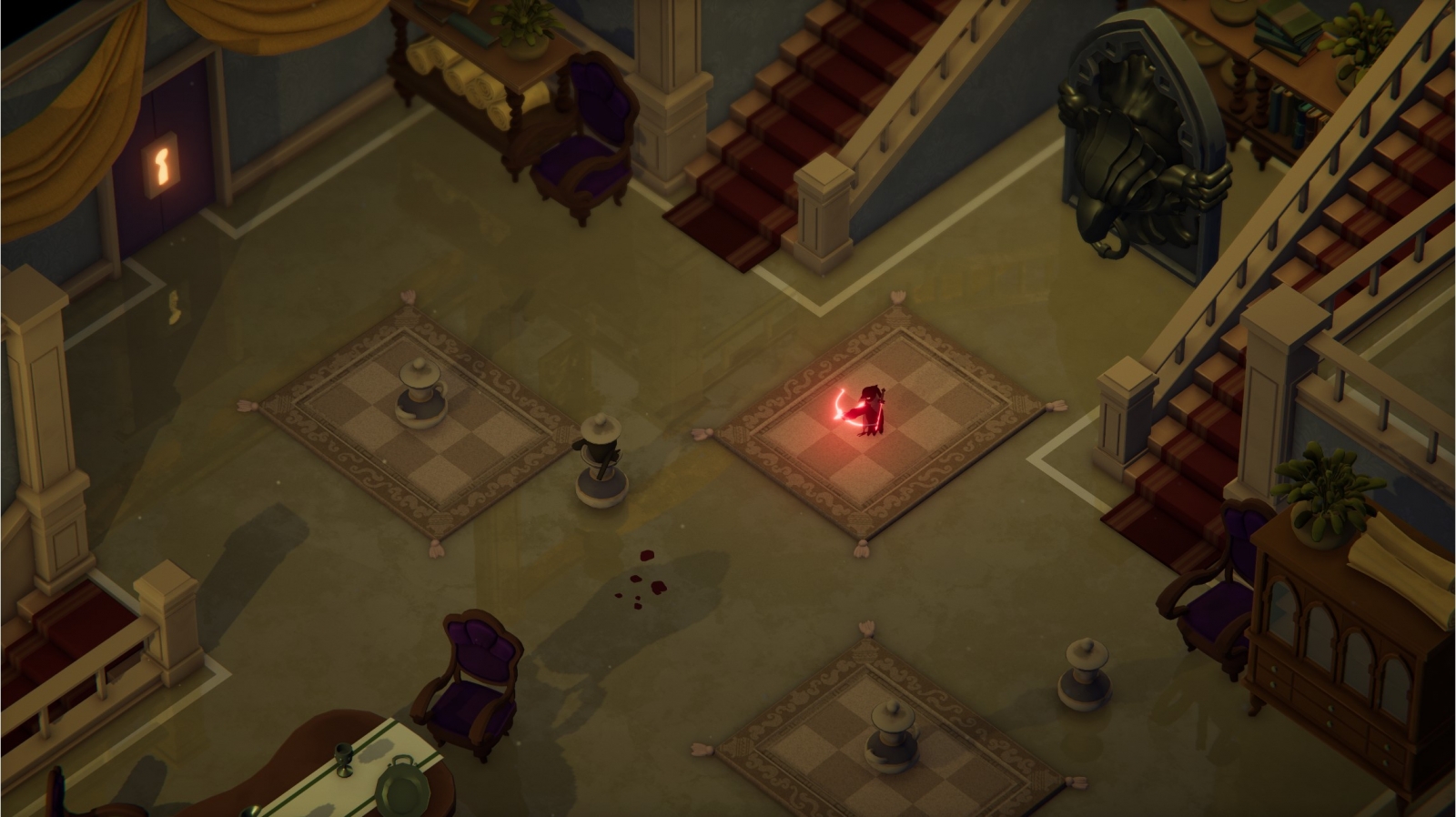 Take for instance one right at the beginning (it’s in one of our videos), lighting fires to unlock the next path. It doesn’t take much intuition to learn that shooting an arrow through an existing fire catches that on fire, and if that arrow hits a log pile that isn’t lit it will start a blaze. It’s not a big deal, but it’s things like this that constantly build during your progression. This continues as you earn each of the four different abilities, the first your bow, the second a fireball, the third a bomb, and the last a chain shot you can use to traverse the environment and grab enemies. It follows the Zelda formula of finding the bombs or boomerang, and it works.

Secondly, the boss fights. These are a really big deal to me, especially in a day and age where they aren’t done as well as they used to be. Not only does Death’s Door have some fun grunts, they have amazingly designed heavy enemies, mini-bosses, and of course, the main bosses. There are quite a few memorable ones, and each one has it’s path to beating it. There’s definitely not a win-all formula, and it’ll take learning the best avenue to take with each of them. 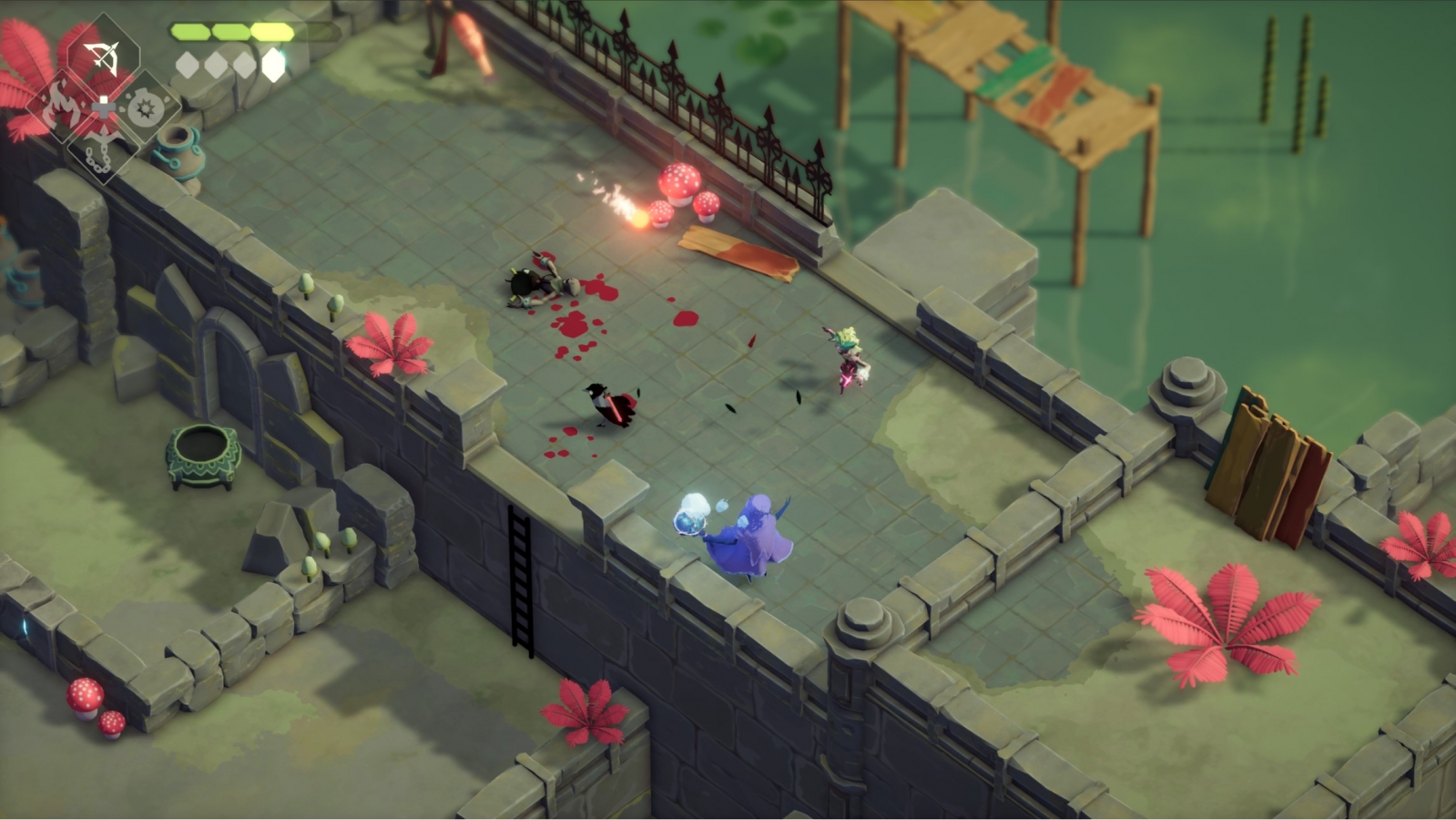 While Death’s Door is impeccable, there are two things I see as flaws in it with the first lying in the story. While it’s enjoyable, and the intrigue behind who you work for and what they’re doing is somewhat vague. I don’t want it to sound as if it isn’t explained, and it could have just been hard to follow, but it felt as if I was missing something. The lore in the background has been built admirably, but besides simply understanding the main story beat I’d like to know a bit more about the motivations behind your adversaries (no spoilers). It doesn’t detract from the overall experience, but it certainly could be more fleshed out.

The second plagues most Zelda-like games, I was missing a sense of direction at times. With any game you can end up going round trying to figure out where to go next, and that happened sporadically as I maneuvered my way through the world. This is more an issue based around the genre of the game rather than a design flaw, but I would have liked some sort of tracker, map, or maybe a hint system to point me in the right direction. Similar to the story’s plight, it doesn’t really hinder Death’s Door, but it’s a little quality of life improvement on a genre that in my opinion could use it.

Buy it. Play it. Enjoy it. It’s as simple as the game feels, even if it challenges you more than you’d ever think it would. The more I’ve played it, the more I see every one of it’s accomplishments, with fantastic gameplay and a great choice of art style and soundtrack jewels in its crown. Death’s Door does nearly everything right for what it is, and even the shortcomings of the narrative is barely a blemish on a spectacular résumé.

David Burdette is a gamer/writer/content creator from TN and Lead Editor for Gaming Trend. He loves Playstation, Star Wars, Marvel, and many other fandoms. He also plays way too much Call Of Duty. You can chat with him on Twitter @SplitEnd89.
Related Articles: Death's Door
Share
Tweet
Share
Submit