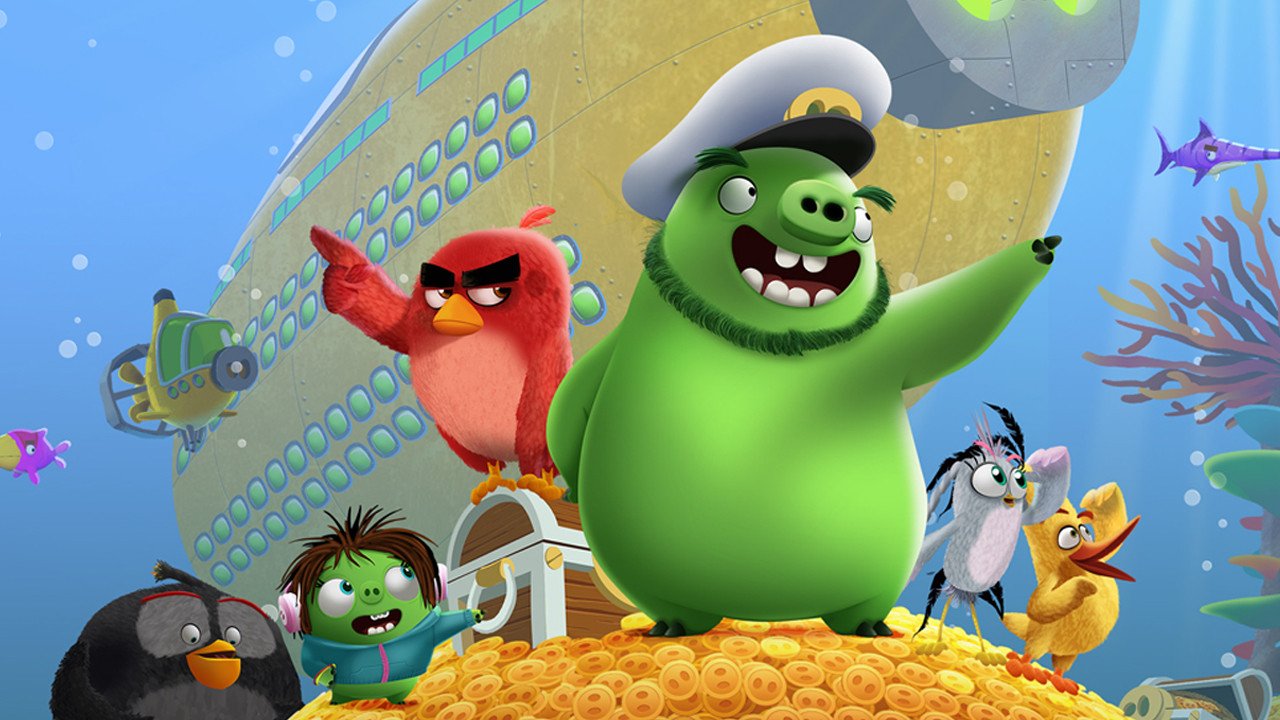 “Oooohhhhh boy. A movie tie-in. Brace yourself for boredom” I thought when The Angry Birds Movie 2 VR: Under Pressure came across my desk. Then I realized that I had a superfan who would be bust-at-the-seams excited to check this out…that is, if I could fit a VR helmet on his head. Gavin, Editor Holly Hudspeth’s five year old son, is the biggest Angry Birds fan and he absolutely loved the most recent film from Rovio and Sony, so I figured we could guide him through his first virtual reality experience. Now I was bracing myself to work with a five year old…

The Angry Birds Movie 2 VR: Under Pressure is a four player couch co-op game where your movie favorites set out on an undersea mission to investigate Eagle Island. Before they can do that, however, the pigs and birds will have to team up to operate a massive submarine long enough to get there.

The Angry Birds Movie 2 VR: Under Pressure (heretofore referred to as TABM2VRUP or maybe just ‘the game’ or ‘it’ because long title is looooong.) straps one player in the PlayStation VR HMD, and has up to three players doing their own thing on the flat screen. The three local players are tasked with loading the captain’s submarine torpedo or suction cup launcher, clear any debris on the decks, and deal with whatever comes out of captured treasure chests. Popping open the boxes can yield treasure (more on that in a moment), hunks of metal scrap, and the occasional timed explosive! 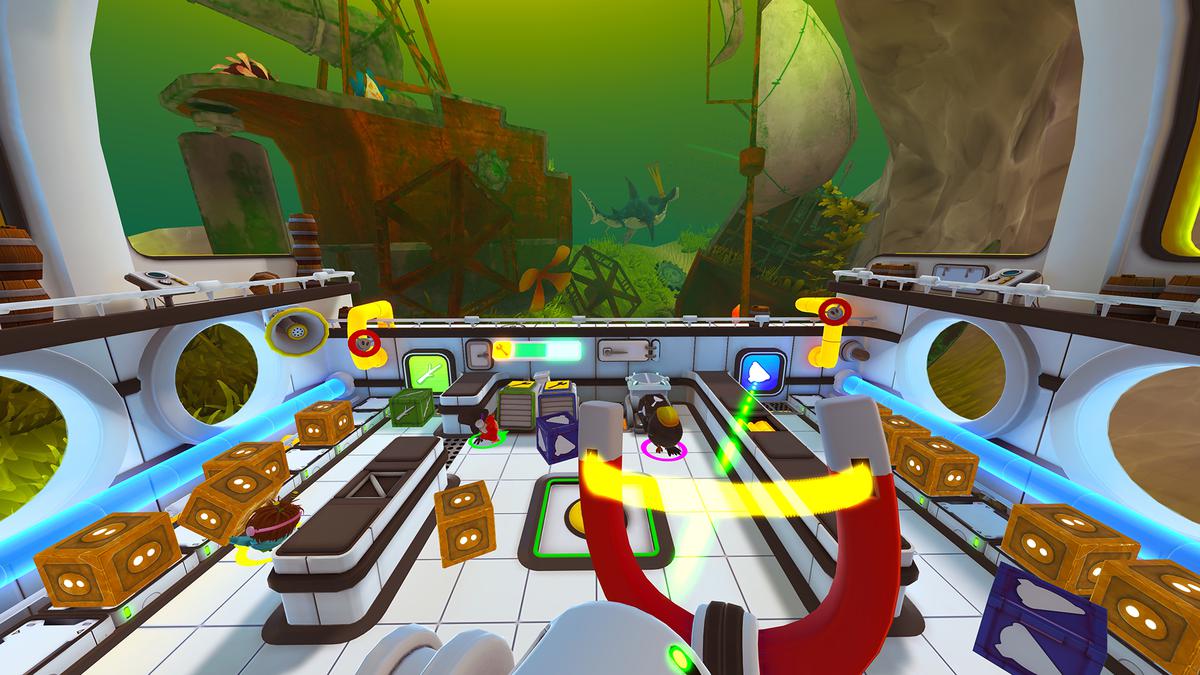 Here’s what Gavin could see in the headset.

While the game may look very basic at first glance, don’t let the simplicity of it fool you. Soon enough everyone had their hands full racing around the deck of the sub before the whole thing exploded. Around level 4 conveyor belts start moving in the opposite direction while you’re trying to carry a bomb to the forge, all the while you’re bumping into your fellow teammates as well as other items they are trying to move. Additionally, the non-VR players will need to load treasure into a special machine to “refine” it to bronze, silver, gold, and ultimately points once it’s safely stored. Only the non-VR players can handle explosives or torpedoes. Hectic is one word to describe things. The captain with his Magnashot slingshot is able to help a bit, but we found it best to start assigning each player to a specific job to keep things organized.

Our team made it to level 6 before we called it quits for the night, and by that time I had to take over for Gavin in the VR headset because the difficulty ramped up too high for him. With this being his first VR experience, he was more interested in picking up his fellow teammates and slingshotting them across the sub than accomplishing the mission. Of course, this made him laugh maniacally every time he picked one of us up while we were hard at work trying to keep the ship from blowing up!

Ultimately, there are three sets of missions to unlock — story and two sets of challenges modes, each with over a dozen levels to complete. It’s likely your kiddo will need help unlocking them all as the levels get progressively more hectic, but not to the point where it’s impossible. Thankfully, unlike the game’s mobile counterparts, there are no microtransaction mechanics to gum up the works — this is just pure challenge and practice. 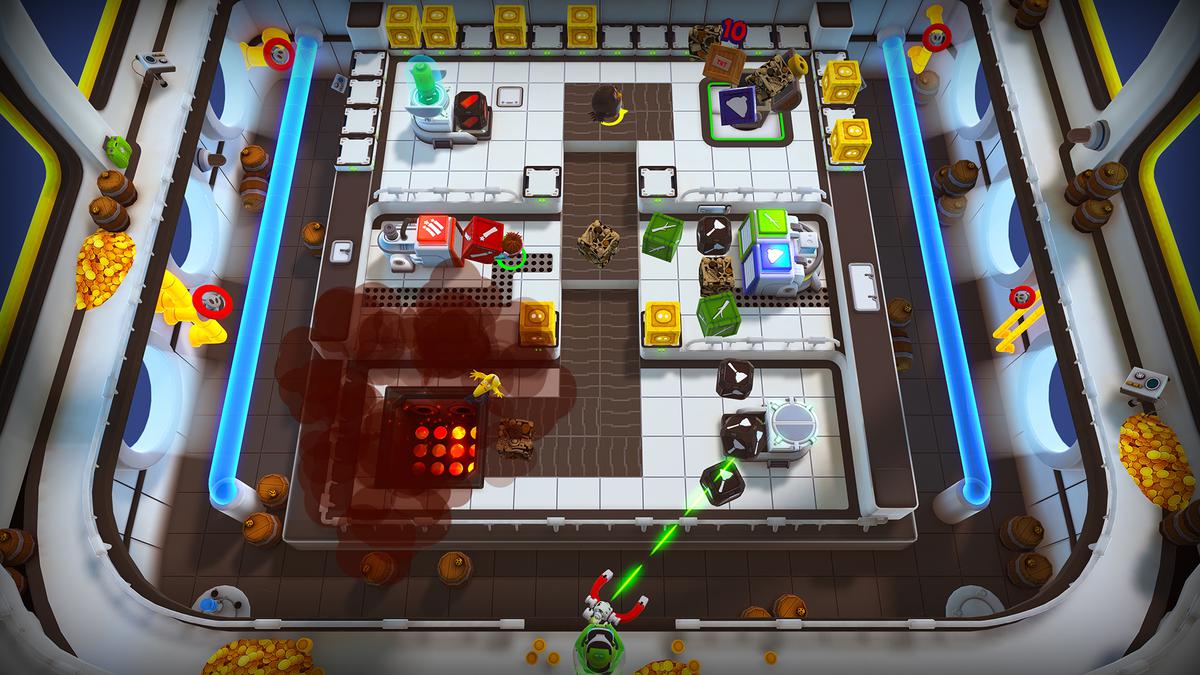 Cooperation is key, and everyone has a job.

There is one glaring pain point with TABM2VRUP, and it comes in the form of an unskippable movie trailer. I’m already here to play the game, so please stop telling me to play the game I’m already playing. The game hits shelves on September 6th, but the movie is already out (and Elisha reviewed it — you can read that here), so can we get a patch to make this skippable, please?

I’m happy to report that there is no nausea problems to be had with this game. The submarine moves very slowly, and the VR player is stationary, using the controller to aim their suction cups. This makes it perfect for VR rookies and little ones alike. 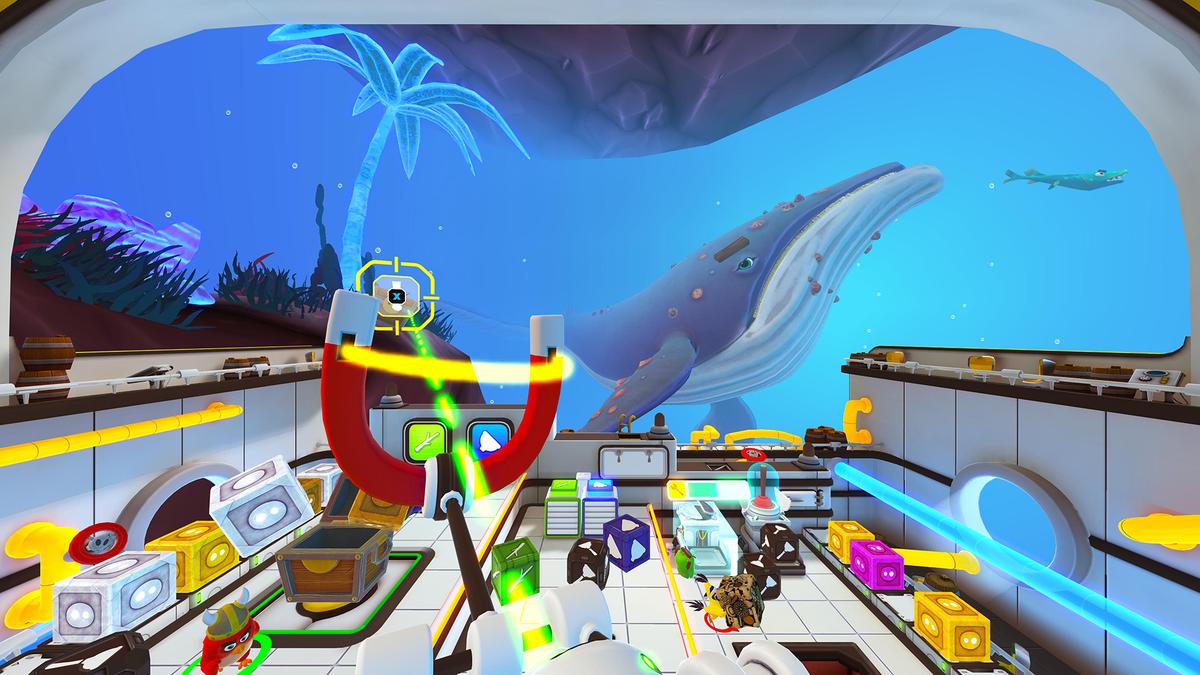 This was a really fun addition to go along with the Angry Birds 2 movie launch. With or without the headset the game is fun, wacky, and challenging. Gavin absolutely loved it, and it was a great way to introduce him into the VR world. He insists that we play it every time he comes over, and in the end, isn’t that what it’s all about?

With simple asymmetric gameplay, this game is great for kids of all ages, and a worthy tie-in to the movie. While the unskippable trailer is a poke in the eye, there’s nothing better than the cackling of a five year old while he mercilessly throws his would-be helpers around a submarine full of bombs.

Ron Burke is the Editor in Chief for Gaming Trend. Currently living in Fort Worth, Texas, Ron is an old-school gamer who enjoys CRPGs, action/adventure, platformers, music games, and has recently gotten into tabletop gaming. Ron is also a fourth degree black belt, with a Master's rank in Matsumura Seito Shōrin-ryū, Moo Duk Kwan Tang Soo Do, Universal Tang Soo Do Alliance, and International Tang Soo Do Federation. He also holds ranks in several other styles in his search to be a well-rounded fighter. Ron has been married to Gaming Trend Editor, Laura Burke, for 21 years. They have three dogs - Pazuzu (Irish Terrier), Atë, and Calliope (both Australian Kelpie/Pit Bull mixes).
Related Articles: The Angry Birds Movie 2 VR: Under Pressure, VR
Share
Tweet
Share
Submit