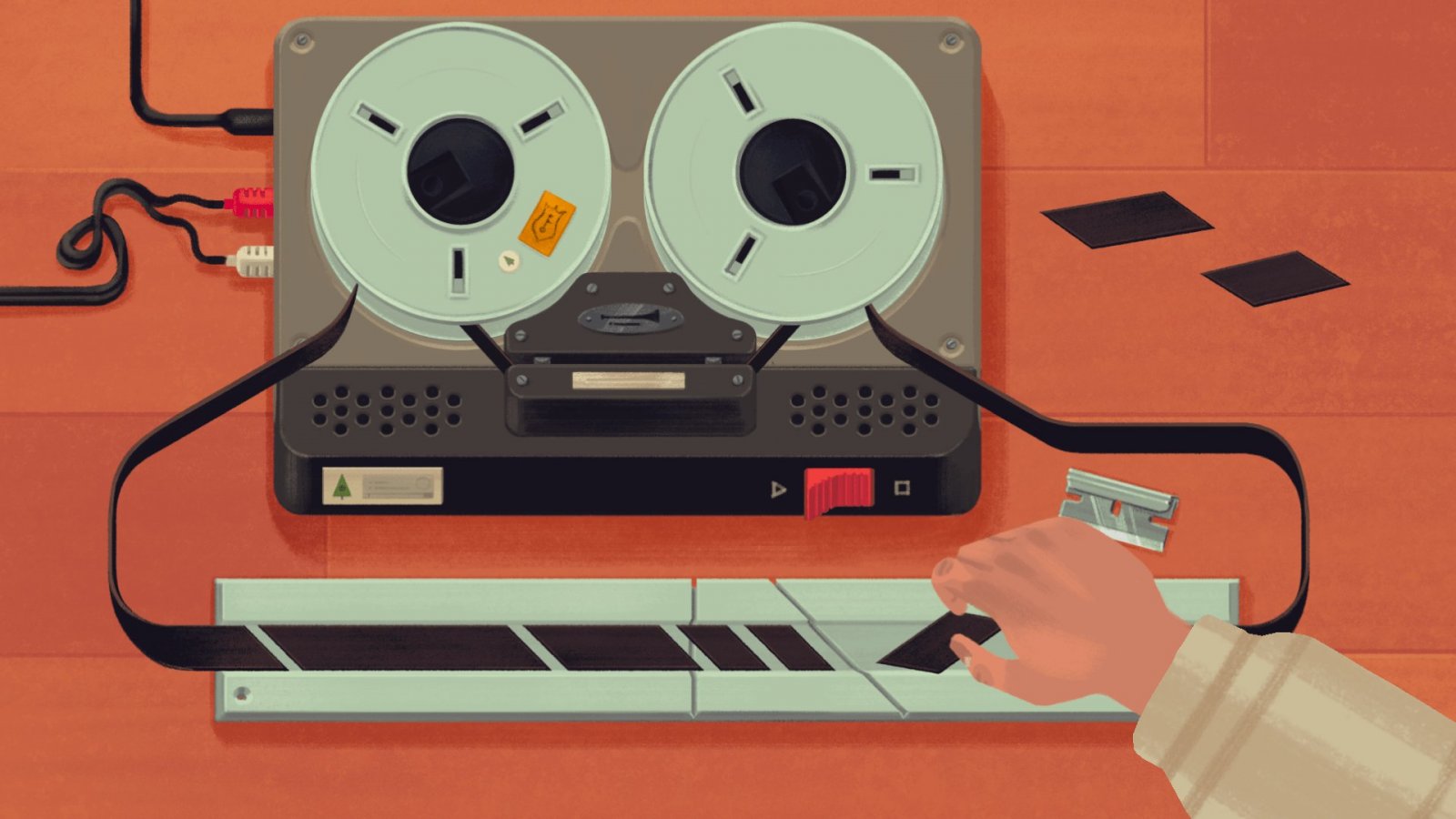 The year is 1976. Rookie Noomi Kovacs is gathering intel that may lead her to a kidnapped scientist being forced to work on a world-changing technology. Somewhere in the distance, a twangy guitar plays out a Bond-esque tune. Noomi shuffles through a dossier on her contact, expertly using its contents to manipulate her target into spilling her secrets. With steely resolve, she bluffs her way through one test, then another, then — click. Noomi doesn’t quite seal the deal, but then again, it’s only her first day on the job. And, to be fair, she’s an office assistant at a car company, not a secret agent, a fact that she loudly complains about to her new boss.

The Low Road starts off as promisingly as any video game I can remember. Its ‘70s spy pastiche is extremely endearing, undercutting itself with humor without any egregious winking to the audience. The two characters it introduces in the opening scene are charming and already feel more fully developed than most video game characters (thanks in no small part to their excellent voice actors). Its art and music are instantly compelling and fit the tone perfectly. And the opening puzzle is what I’ve always wanted from an adventure game, handing you a pile of information about the character in your way and letting you use it to extract what you need from them. Unfortunately, this promise starts to wane almost immediately. It never completely comes crashing down, but I spent the rest of the game slowly realizing that it would never reach the heights of its opening moments again.

That’s not to say that nothing works beyond those first few minutes, though. The game continues to look and sound great, for one thing. The art has a slightly papercut feel to it and each environment is packed with detail. From the slightly slapdash office of Noomi’s employer, Penderbrook Motors, to the company owner’s ludicrous millionaire playboy apartment, to a secluded forest hideout, every set is gorgeous and carefully crafted, as are the characters who populate them.

As for how it sounds, I wouldn’t hesitate to say it has one of my favorite video game soundtracks ever. The incidental music that plays over most of the game is great, though it can get repetitive simply because of how many times you’ll hear it loop. Between each of the game’s chapters, you’ll also hear a snippet of a track by Win Well, every one of which sets the tone for the game perfectly, along with just being rad as hell. (One of the best songs is featured in The Low Road’s excellent Switch trailer, which I’ve watched conservatively 700 times this week.) Also setting the tone is the game’s incredible voice acting, although the quality of their recording is all over the place, with some lines sounding like they were recorded through a busted telephone booth in 1976. The performances themselves are great across the board, and Emily Bachynski’s performance as Noomi is just phenomenal. She comes across as eager to both do the right thing and advance her position, while simultaneously feeling above it all and slightly worn down by the situation she finds herself in. It makes her instantly relatable to anyone who’s ever been stuck in an unfulfilling job when they know they’re cut out for more, which I assume is roughly everyone ever.

Of course, all the charm in the world won’t make up for a dull game. Although The Low Road opens with a taste of some satisfying spyjinks, most of its puzzles are as far from thrilling spycraft as Noomi’s actual desk job. They’re not all bad, but for every satisfying puzzle there is to solve, there’s a lot more time spent mashing your inventory items against objects in the environment. Even that pales to how much time you’ll spend walking back and forth from room to room to pick up items or talk to characters in a specific order to move the plot along. That’s partially because most of the game entails this mindless checkbox ticking, and partially because Noomi saunters across the screen at a maddeningly slow pace. You won’t even know exactly what you’re doing a lot of the time, but the game drags you along a single path so much that you can almost always advance just by blind trial and error. When puzzles involve talking another character into something, it generally seems like any dialogue choice would work, or that the one correct answer was completely arbitrary. Even the game’s final showdown, a debate that would make the perfect arena for your sleuthing and social manipulation skills, hinges on making choices without any hint that they were the right ones.

Other puzzles shift the game into a first-person perspective as Noomi fiddles with some device in the environment. They tend to be clever changes of pace, if not always original. There are a few standouts, though, like rearranging clips from an audio tape to play a different message. They’re frustrating in their own way, though — you have to awkwardly maneuver Noomi’s hand with a joystick and shoulder button, as the game doesn’t offer touchscreen controls. That’s not something that I expect from most games, but in one based almost entirely on clicking and moving objects in the environment, it’s a huge omission.

I could overlook a lot of my issues with the game if its story were worth it, but unfortunately it falls flat here, too. The Low Road has a great premise, it just doesn’t know what to do with it. I love that you almost never use violence to solve your problems (aside from throwing a punch or two to knock out a guard), and that most of the characters are down on their luck and morally dubious without being cynical lowlifes. But moment to moment, the story just barely holds together. There’s no sense of escalation, and it’s easy to forget the details of what’s even going on as you meander from one puzzle to the next. As the game heads toward its abrupt conclusion, it tries to land one big point, but it feels unearned, not least of all because the events that lead up to it feel so entirely out of your control.

In the end, The Low Road feels like it squanders its best ideas. A lot of work and talent went into the game, and I don’t want to discount that, but most of it seems misdirected. Despite looking and sounding fantastic, there’s a whole lot of game here that just goes nowhere. While it spends a couple of hours making you crisscross a dozen beautiful dioramas, The Low Road leaves its best ideas in the office where it all starts.

Despite an extremely promising opening, The Low Road fails to capitalize on its own interesting premise. Every part of its presentation, from art to music to voice acting, is fantastic, but the puzzles that make up the game fall flat. Though I was happy to spend time with The Low Road’s characters, the game around them doesn’t hold up.

A committed indoor kid, Bryan moved from Pittsburgh to Los Angeles for a prettier landscape to ignore. They can be lured outside with promises of taco trucks and film festivals, and enjoy trawling through used book stores for works on the occult. Bryan has been gaming since the SNES era and is a sucker for good pixel art.
Related Articles: Indies, The Low Road
Share
Tweet
Share
Submit