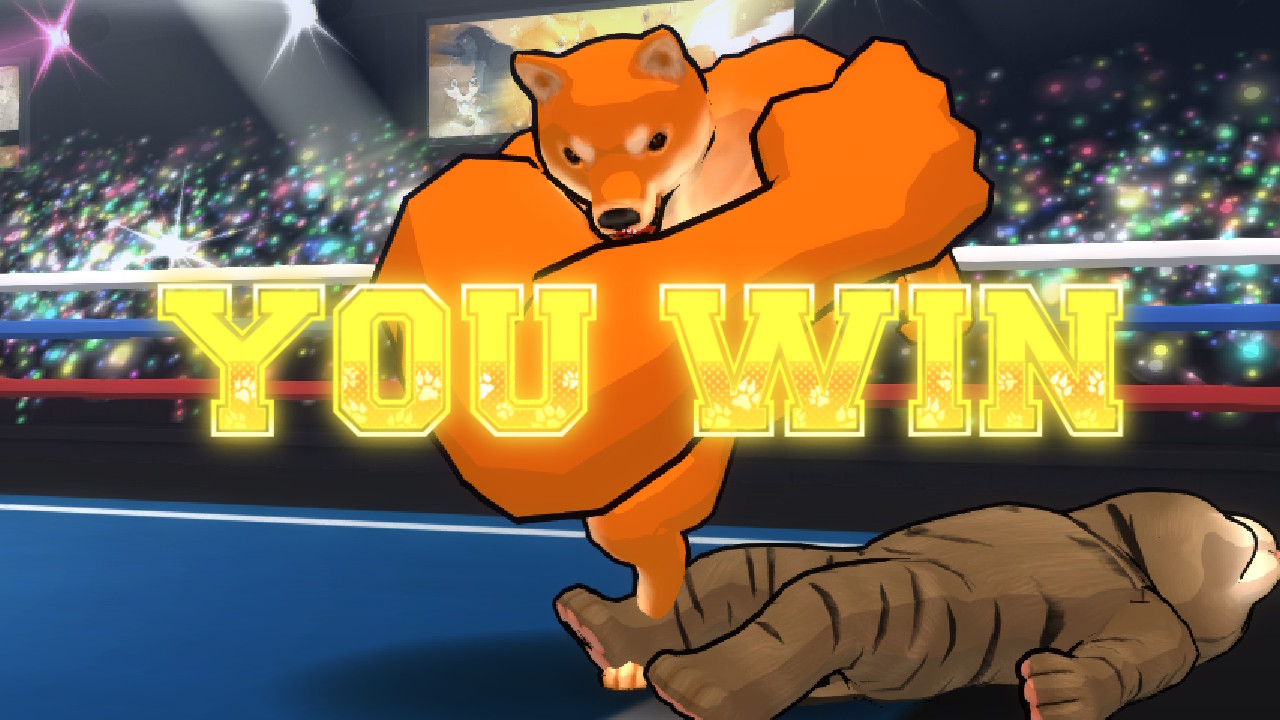 Sometimes games are viral because of how amazing they are, and other times they’re just viral because of the memes. From Goat Simulator to Snakeybus, there lies a category of the gaming experience that relies on internet humor and just a weird sense of wonder to succeed. Digital Crafter’s successor to its controversial Fight of Gods, entitled Fight of Animals, aims to be the next big indie competitive fighting game. While the Switch version lacks polish and content, if you look beyond the humorous premise, you’ll find a fun little time waster that’s more than just its bark. 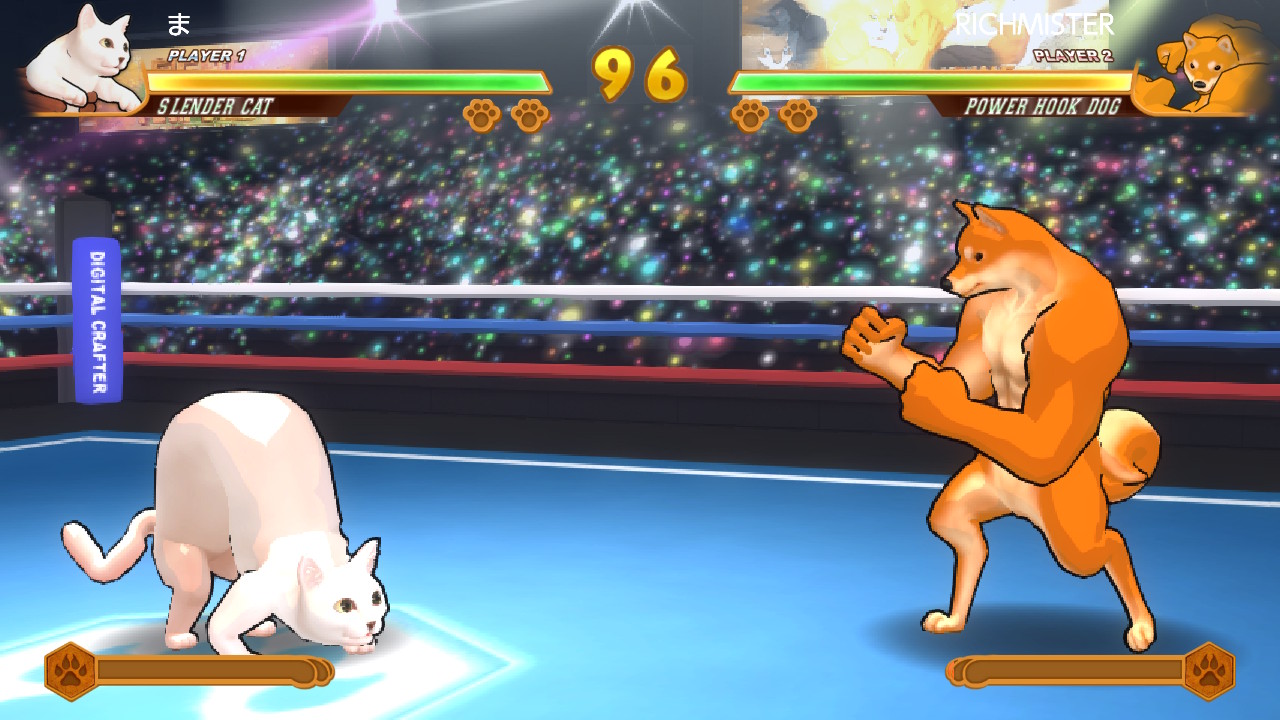 Fight of Animals is a 1-v-1 2.5D fighter that pits muscular animals against each other. From the protagonist and rival duo Power Hook Dog (a ripped Shiba Inu) and Mighty Fox (ditto with the muscles, but a fox) to more unconventional characters like Magic Squirrel and Slender Cat. The game exudes a humorous vibe, as I was grinning ear-to-ear as I had to punch a ridiculously muscled Beluga whale out of existence. There’s this sloppy presentation that creates a “so bad, it’s good” style, but it’s all in hilarious fun. Fight of Animals is not a serious game in the slightest, and I love that.

The fighting system here is a four-button control scheme, but only three buttons are used in combos. You can alternate light and heavy attacks with Skill attacks, and once your meter fills up, you can use the fourth button as a powerful Super Skill attack. Alternatively, you can use a full meter as a way to break a combo that your opponent is currently dishing out.  While it’s a rather simple system, the versatility and importance of things like positioning and when to use your meter becomes the key to victory. While you can button mash your way through fights thanks to assist combo controls, higher difficulty computers and online opponents will wipe the floor with you if you don’t know what to do. For a $10 game, I was impressed with how deep the simple mechanics could get. 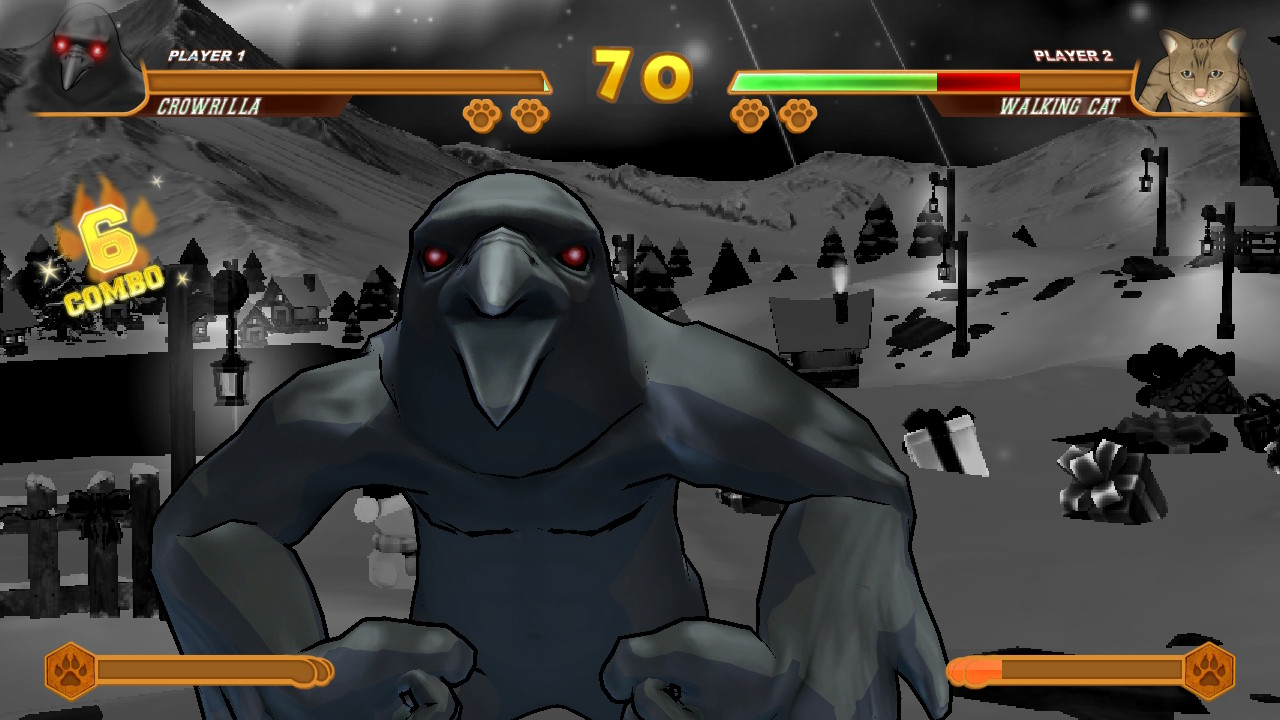 This one likes taking selfies.

That said, while the mechanics are surprisingly entertaining and the premise is hilarious, the overall initial package feels shallow, kind of like how Power Rangers: Battle for the Grid felt at launch. While there is a tutorial mode with some options like tracking inputs and changing AI behavior, there isn’t a character movelist other than a few screens that show you the basics. If you want to find a combo, you’ll have to spend time in the lab rather than having them given to you. Additionally, the number of modes here seems sparse, with only arcade, local and online versus, and training modes offered at launch. 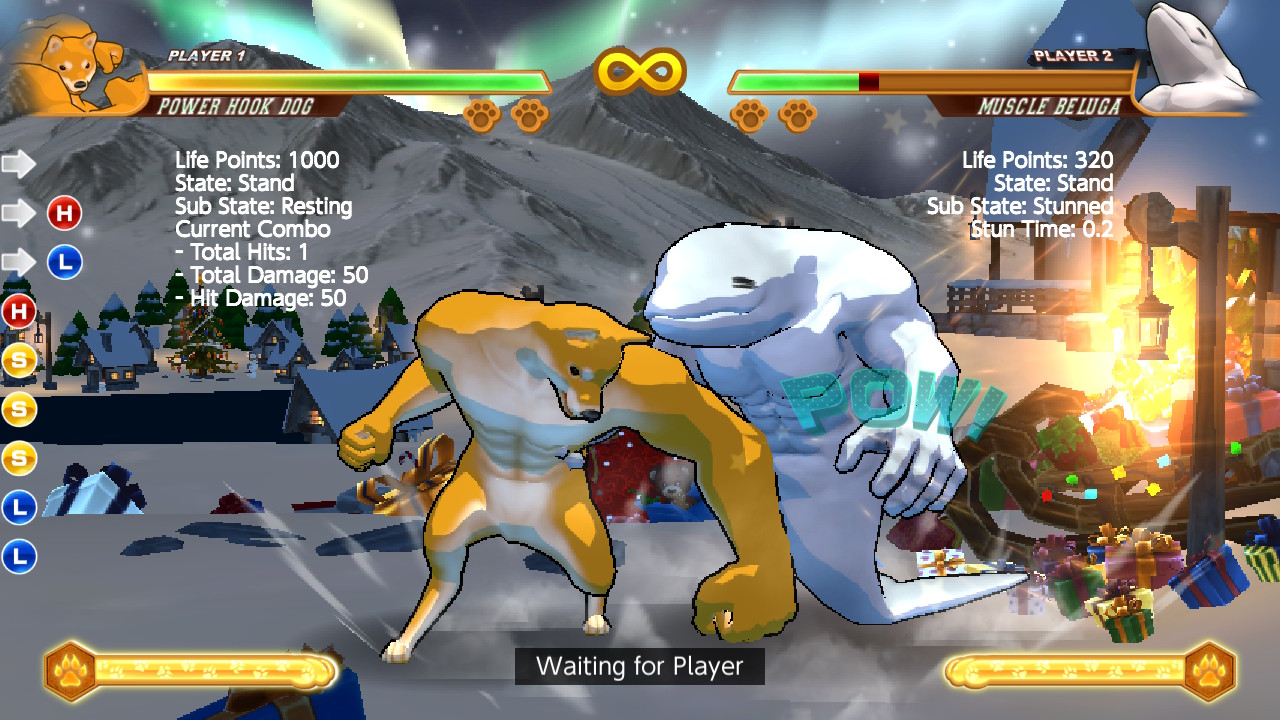 The tutorial isn’t too bad, but is lacking in some key areas.

On the other hand, online play is excellent, and the netcode feels solid; I didn’t experience any lag during my matches. The problem here is that the servers all look dead. Even at launch, I struggled to find one opponent for a couple of hours. Thankfully, there are some dedicated fans in the player base, but that also means you should be ready to lose unless you practice.

Finally, the roster at its core is silly but slim (and I don’t just mean Slender Cat, who is a goofy cat that spews lasers out of its eyes). The Early Access PC version of the title only had a handful of characters initially but has grown to a roster of 10 in the interim. With the Switch version, we only get the DLC up to Slender Cat for the time being. While all the animals act differently (Magic Squirrel feels like a great zoning character, while Crowzilla can hit pretty heavily), the presentation of the game looks a bit dated; the graphics look like a run-of-the-mill PS3 game at times. That’s not to say it’s a terrible-looking game, but it could use a bit of polish with future updates. 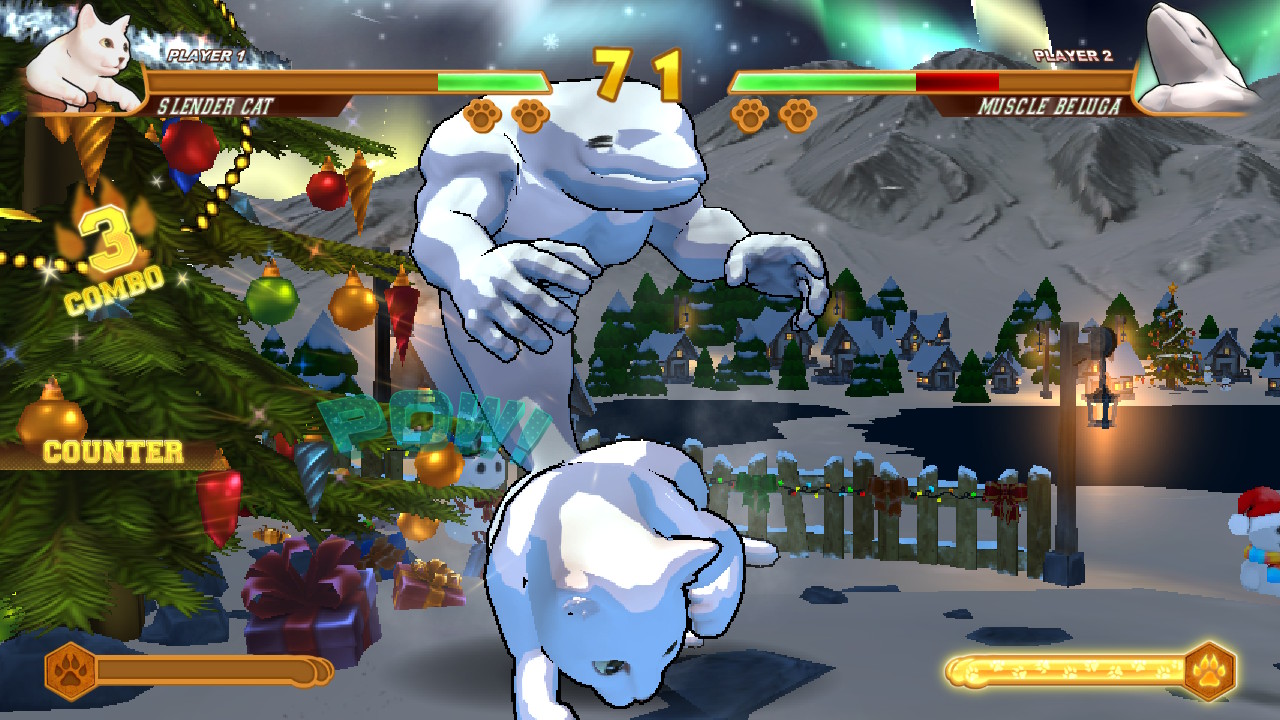 Please, give me Egg Dog. I beg of you.

Fight of Animals is a fun fighting game that might be worth the $10 price tag. While it feels dated and has a lack of comprehensive features, there’s still enough here to have a laugh with friends for an hour or two, or even get into the fray in the future.

Elisha Deogracias is an aspiring accountant by day, freelance writer by night. Before writing for Gaming Trend, he had a small gig on the now defunct Examiner. When not being a third wheel with his best friends on dates or yearning for some closure on Pushing Daisies, he's busy catching up on shonen manga and wacky rhythm games. Mains R.O.B. in Smash. Still doesn't know if he's a kid or a squid.
Related Articles: Fight of Animals, Indies
Share
Tweet
Share
Submit