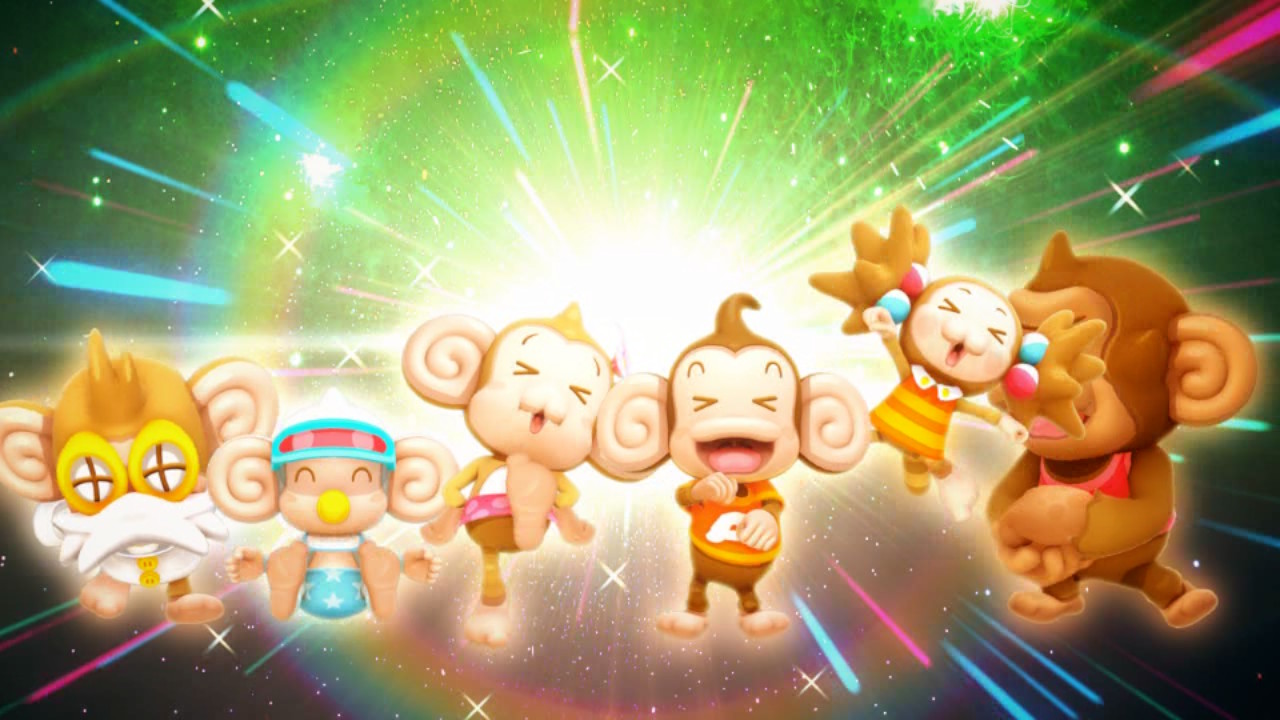 The year is 2002, I am seven years old and looking for a game to rent at our local Blockbuster. I see this weird Gamecube game about monkeys in balls, so of course I have to pick it. While the main campaign is way too hard for me, I adore the minigames and rent it a few more times to play with friends. That game was, of course, the original Super Monkey Ball. Aside from its sequel and the DS and Wii games, I actually haven’t played that much of the series since then. But the monkeys have been making a comeback recently, with the latest game Super Monkey Ball Banana Mania being a remake of those first two Gamecube titles I rented so long ago.

The first thing you’ll notice about Banana Mania is the presentation – this game has style. From the catchy theme song to the various shades of yellow in the menus, this really feels like a celebration of the series’ roots. In the Main Game, you’ll find every course from both games in one long campaign spread across ten worlds containing ten courses each. The goal of each course is to cross the ticker tape, which can be much, much harder than it sounds. Per the title, your character is in a ball and you move them around by tilting the stage with the left analogue stick. As levels slowly ramp up in difficulty, you’ll encounter hazards that make your life hell like moving goalposts, pistons that will instantly send you out of bounds, and perilous jumps. This game gets insanely difficult near the end, so much so that I couldn’t finish the second to last world. There’s a reason Super Monkey Ball is known for helping even Doctors with hand-eye coordination.

Thankfully, Banana Mania has a few tools to help you through some of the more difficult stages (sometimes). At any time, or if you die too many times, you can activate Helper Mode which will show you an optimal path as well as allow you to slow down time with the L button. If that’s not enough, you can outright skip levels by marking them as cleared and not recording your score. However, this costs an unknown amount of coins, so if you run out you’re screwed.

When you need to cool off from the main game, Banana Mania has a ton of minigames to play. There’s Monkey Race, Monkey Fight, Monkey Target, Monkey Billiards, Monkey Bowling, Monkey Golf, Monkey Boat, Monkey Shot, Monkey Dogfight, Monkey Soccer, Monkey Baseball, and (monkey) finally Monkey Tennis. Some of my favorites are: Target, which has you launch a monkey towards a platform to glide and get the best score; Shot, which is an on-rails shooter; and Billiards, which is self explanatory. Everyone’s bound to find something they like in this huge list, and most minigames have sub modes or different rulesets to keep them from getting stale. Regardless of what you play, you’re bound to have a good time alone or with friends. 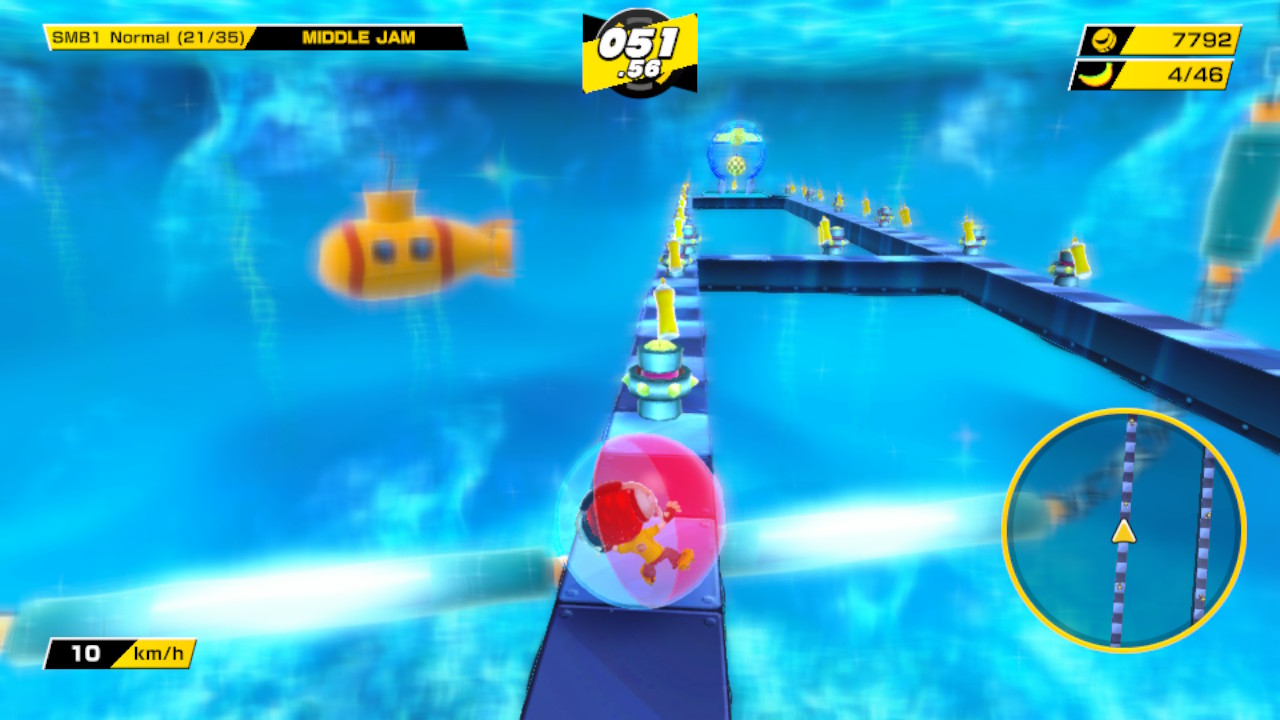 That’s essentially it for the main modes. While you can’t play online, you can race other player’s uploaded ghosts for the main game in Ranking Mode. Completing tasks called Missions or collecting all the bananas in a course will earn you coins, which you can spend in the points shop. You can buy clothes to dress up the main monkeys, a few special modes, and new characters to play as. While costumes will show up in any mode, you can’t take the unlockable characters into the minigames for some reason, so no using Kazuma Kiryu as the ball in Pool. It’s an odd decision, since the game needs to repeat characters anyway to fill in the roster for minigames like Race. Some of the crossover characters will also change the appearance of collectables in the main game, so as Sonic and Tails you collect rings while playing as Beat will have you collecting spray cans. It’s a neat touch, but again, it’s annoying you can’t use them in any other mode or dress them up in silly costumes.

Super Monkey Ball Banana Mania is just as fun and infuriating as I remember. It’s a content-complete package that celebrates the series. It can feel a bit too limited, with no online play or unlockable characters in minigames, but it’s still a unique experience you can’t get anywhere else.

David is the kind of person to wear his heart on his sleeve. He can find positives in anything, like this is a person who loved Star Fox Zero to death. You’ll see him playing all kinds of games: AAAs, Indies, game jam games, games of all genres, and writing about them! Here. On this website. When not writing or playing games, you can find David making music, games, or enjoying a good book. David’s favorite games include NieR: Automata, Mother 3, and Gravity Rush.
Related Articles: Super Monkey Ball Banana Mania
Share
Tweet
Share
Submit