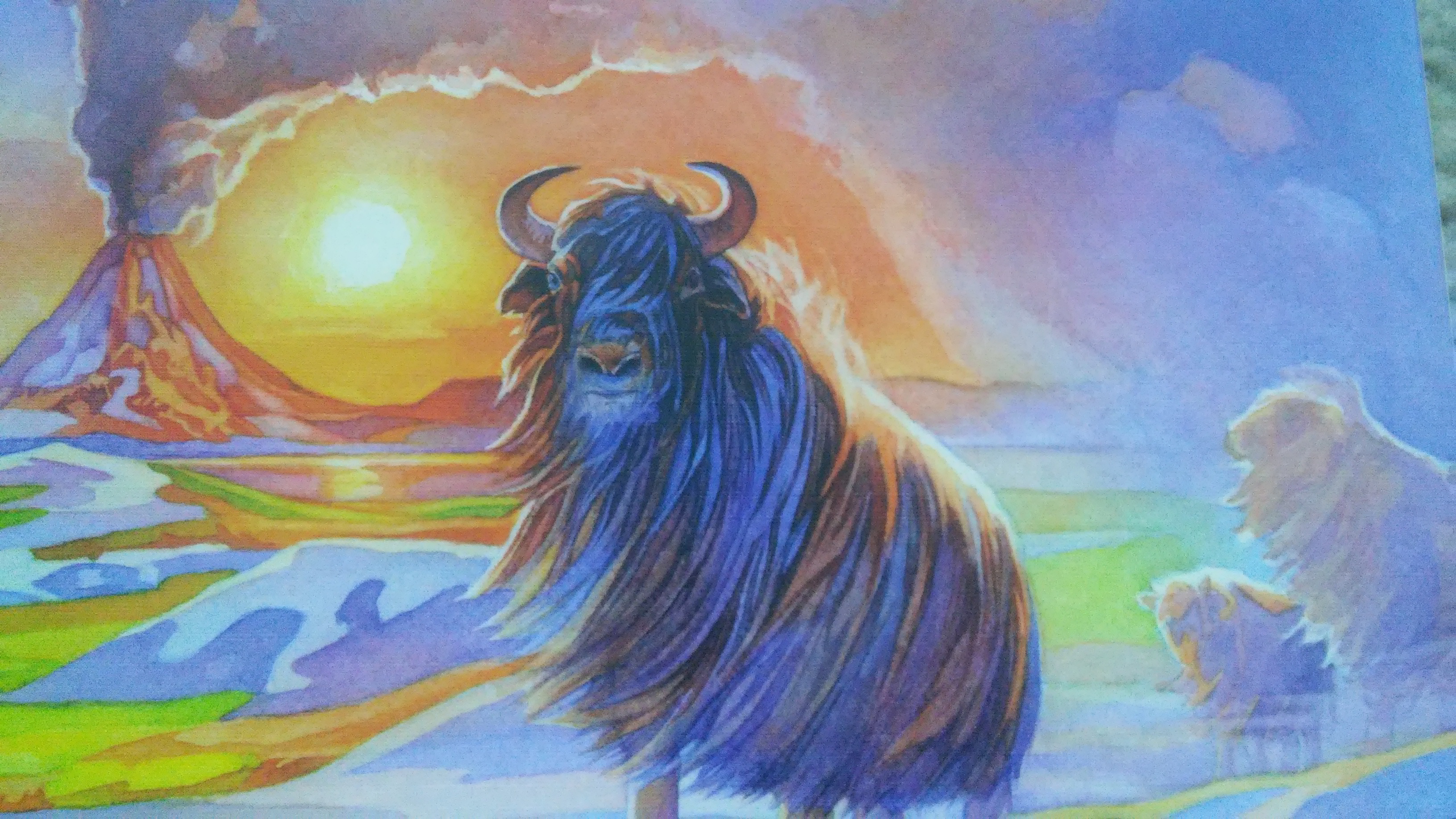 Evolution has always been a quality game dealing in the brutality and indifference of surviving life on Earth. Its players, in attempting to outlast one another in a generations long fight to keep their animal species alive, must make devastating sacrifices and drastic adaptations to win the day. The game reinforces the true themes of Darwinian evolution, which was not built on miraculous reinvention but death, and the innumerable failures that it takes to create a living species.

Climate, the new expansion/standalone rerelease, expands on these ideas by adding a new dimension to the gameplay by making the world hotter and colder as you play, and forcing you to adapt to these shifts in planetary temperature. The Watering Hole has been replaced by the Climate Board, which has spaces denoting whether the world is shifting hotter or colder as the game progresses. As temperatures move closer to the extremes, species will face new challenges brought on by those changes. Luckily, there are new trait cards to help you adapt to the devastating new events that can arise from climate change. Hot temperatures threaten larger species, which have difficulty hiding from the heat. The hotter it is, the faster large species will lose population. On the other hand, smaller ones do not have the means to live through the cold, and will die quickly as the temperature drops.

Climate comes in two forms: a new edition of Evolution itself, with the Climate expansion integrated into the game, or the version I reviewed, which is a separate add-on for the core Evolution game. The expansion version blends seamlessly into the game, with art that feels consistent to the original release yet sells the drastic impact of temperature extremes. Animals huddle against howling winds that threaten to cover them in layers of snow. Sunlight beats down on them, leaving them struggling for precious water. The new symbols necessary for Climate’s gameplay feel right at home in the somewhat impressionistic art of Evolution, and nothing feels shoehorned in.

For those of you unfamiliar with the base product, it all starts with each player being given control over a single species, with a population and size at one, the minimum. Those animals begin as herbivores with no survival advantages until you supplement them with trait cards. Those adaptations start an all out war, as players attempt to outwit one another to get the precious few resources and devour one another. The biological arms race involves numerous plays and counterplays, trying to best one another’s adaptations during the hunt. As you grow your species, and make more, you will suffer many setbacks before the game is over.

The new rules are easy to implement, once you get past the task of figuring out what they are. There is not much new to Climate in terms of rules, most of the complexity coming from new strategic goals, but the way the rules are written will probably force you to read them several times before you completely understand how they are implemented into the game.

Climate changes the formula starting right at the set up. You will add new trait cards into the base deck, and place Hot and Cold events on their respective portions of the Climate Board. You now draw an additional card and species have an additional trait. This balances out well because you are probably going to these traits to make up for the dangerous climate shifts, and integrates well into the game as a whole. Evolution always had a few key goals you were attempting to satisfy, and few reasons to deviate. The new threats that Climate brings to the table gives you even more to weigh as you decide how to develop your animal races.

These new traits have symbols at the bottom right hand side, either suns or snowflakes which will change the nature of the world in the new Modify Environments phase. You begin by revealing food cards on the Watering Hole, and move the Climate marker left or right if Snowflake or Sun markers predominate among those cards. If there are an equal number, it stays where it is. If the Climate marker lands on an area with an event card, it will trigger an environmental event, either warm or cold in nature. You place events on the Climate board as the game progresses, and these events can change the climate, prevent food from being placed, or further punish species of different sizes, or those lacking in certain adaptations.

These events are powerful, but few. Because of the amount of this game that is based on preparation, I feel the designers wanted to make the events feel more predictable. It’s necessary because of how hard these events can hit you. If you aren’t ready, get ready to be frustrated by the losses that you are soon to incur. You do have some control over how this plays out, however. You decide which food cards to play in the watering hole, so managing the shifts in climate is almost as important for preventing these events as generating food itself.

Because of the power of these events, and the punishing nature of climate in general, everyone’s best bet is to keep the climate tracker as close to the center as possible. Unless someone has spent time and effort preparing their species specifically to survive one climate type, who will try to slowly skew the track in one direction, it likely isn’t going to go very far. Doing so will require extra resources and fighting other players to control the course of world climate.

It’s this struggle for control that works to keep the new elements from interacting with the core gameplay of Evolution. There is something interesting to playing while managing other players’ attempts to control the track, but in my games I found players felt incentivized more to ignore or circumvent the new mechanics.

That said, the tension of Evolution is only enhanced by Climate, almost to a fault. This game of harsh choices and profound losses keeps up its pace, and makes every game a rewarding battle of wits against other players and the environment. The only reason this is a weakness is because of the emotional strain it puts on its players. Every strategy game is about deciding where to pick your battles, but Evolution adds weight (and animal faces) to these losses you don’t always feel in strategy games. I know some of the friends I played with will be hardpressed to come back to this game, much like the paranoid slog that is Dead of Winter. I happen to appreciate the game’s ability to evoke an emotional reaction from me, but be forewarned that every game of Evolution is a journey.

Evolution: Climate adds blistering sunlight and biting cold to the strategic considerations of the Evolution base game. Not everyone will want to engage with these mechanics directly, but there is a deep and engaging experience waiting for those who do.

John Farrell is a legal aid attorney specializing in domestic violence, living in West Chester Pennsylvania. You can listen to him travel the weird west as Carrie A. Nation in the Joker's Wild podcast at: https://jokerswildpodcast.weebly.com/
Related Articles: Evolution: Climate, Tabletop
Share
Tweet
Share
Submit