Playing Watch Dogs: Legion through Stadia feels oddly appropriate. It’s centered around technology, so streaming the game is a natural fit. Ron Burke already wrote a review for Legion, so this review will focus more on how the game plays on the streaming platform that only Elisha Deogracias and I seem to be fans of.

First off, visual quality will depend on your internet connection. The game appears to run at 1080p and 60fps with Ray Tracing on, but I don’t have a way to reliably measure those metrics. As with every other Stadia game, the screen can get blurry or stutter occasionally, but I’ve found that this clears up more quickly than when we covered Avengers on the platform. Input lag, while still noticeable if you’re looking for it, has also improved as far as I can tell. I prefer a more stealthy approach in Legion as well, so I stopped noticing the latency entirely after a while. Games with less of a focus on action seem to work much better through streaming than those that do. 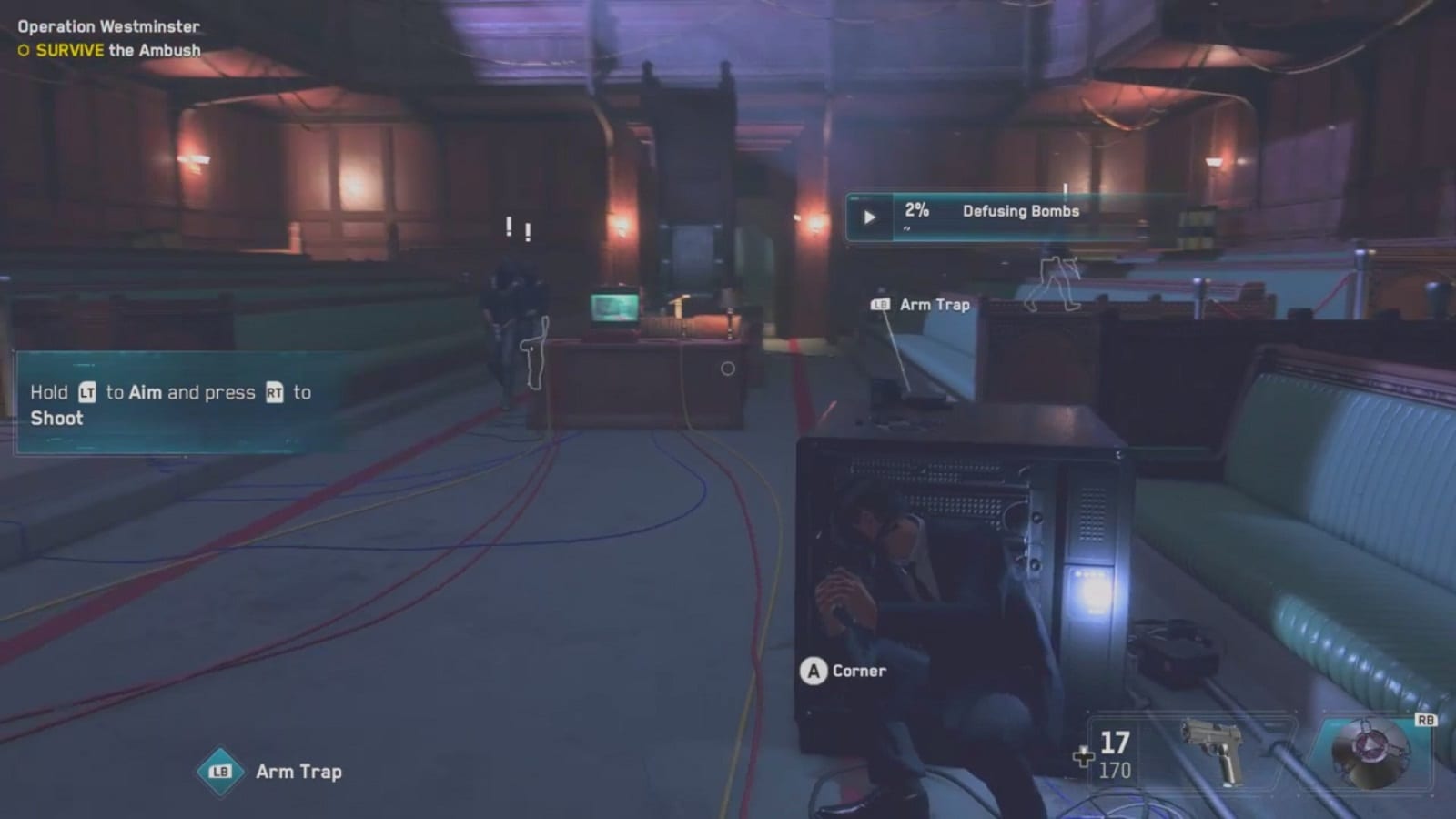 Well, I would stick to stealth if I was good at any stealth games past the original Metal Gear Solid. Most missions so far have ended in physical confrontation (which is just mashing X) or a gunfight. I agree with Ron that hand to hand is both clunky and rather useless, but I was surprised at how good aiming and shooting felt on Stadia. I don’t have another version of the game to compare, but it essentially feels like it’s running on hardware in front of me rather than the cloud.

Overall, Stadia is a great place to play Legion at this level of fidelity if your computer’s not up to snuff. It’s a bit of a theme with these Stadia reviews, but this is the same game as other platforms, maybe a little worse with the input lag. It looks great and plays just fine.

If your connection is strong enough to reliably stream it, Stadia is a good place to play Watch Dogs: Legion. The technology focused stealth compensates for the input lag nicely, and the game looks and runs far better than my mid to low range desktop could hope to.

David is the kind of person to wear his heart on his sleeve. He can find positives in anything, like this is a person who loved Star Fox Zero to death. You’ll see him playing all kinds of games: AAAs, Indies, game jam games, games of all genres, and writing about them! Here. On this website. When not writing or playing games, you can find David making music, games, or enjoying a good book. David’s favorite games include NieR: Automata, Mother 3, and Gravity Rush.
Related Articles: Watch Dogs: Legion
Share
Tweet
Share
Submit