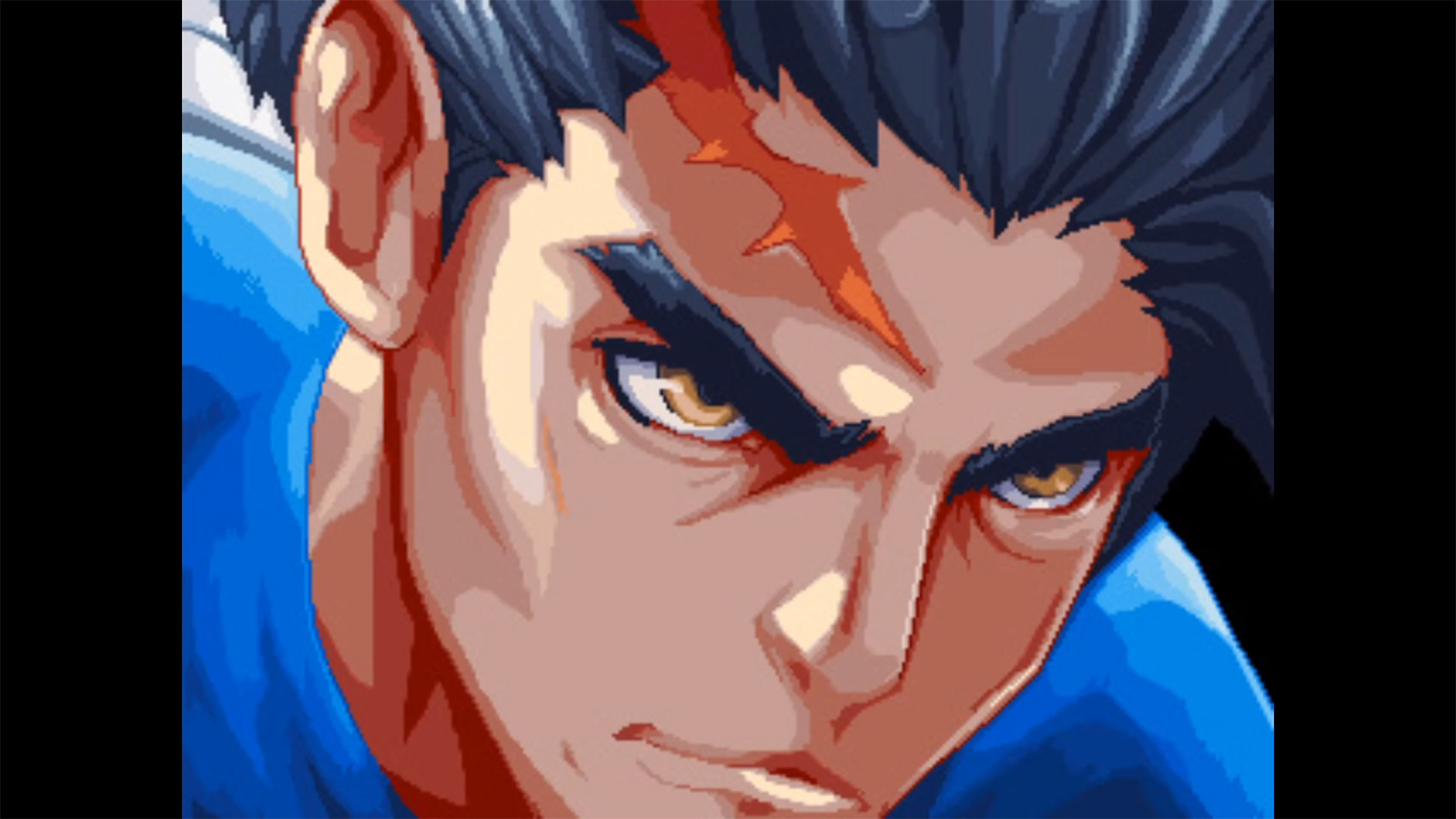 If the Soulsborne games were 2D side-scrolling shoot ’em ups, I’d probably enjoy them a lot more. Steel Assault is that tough-as-nails, trial by error kind of adventure, and its style is entirely inspired by old-school, wallet-draining arcade games – particularly Metal Slug – but also has influence from Contra. A few mechanics are clunky and some levels make it hard to see what’s part of the scene and what isn’t, but it captures the feel with its relentless difficulty, retro sounds, and how long it lasts.

Arcade games of the past typically increased in difficulty as you got further into the game, but Zenovia Interactive chose to make navigating and utilizing tools in unique ways as the method to keep things fresh later on. Sometimes that resulted in less difficult levels (though that may be because I was getting better), but it never led to beating a level on the first try, or the second for that matter.

The most interesting tool is the grappling hook that lets you reach different heights and avoid traps. At first, its use is pretty mundane – you’ll attach it between two walls to stabilize yourself in midair or fire it diagonally to move between a lower and higher floor – but it doesn’t take too long before you have to manage attacking enemies, dodging obstacles, and firing your grappling hook to get around, and it’s a lot of fun. One level auto-scrolled upward with green acid coming to get me and I had to figure out how to continually grapple-jump while shooting enemies and dodging their fire. It was frustrating but it felt good dancing my thumbs around my gamepad trying to finish that section. The hook can be finicky at times, unfortunately. I would connect to a platform and the grapple would randomly break, or sometimes I couldn’t connect to a platform I previously attached to. That confused me as it felt like I should be able to grab some spots, but it seemed like I only discovered a glitch. The grapple hook also doesn’t have as much creative use against bosses, which makes some of the fights less exciting. 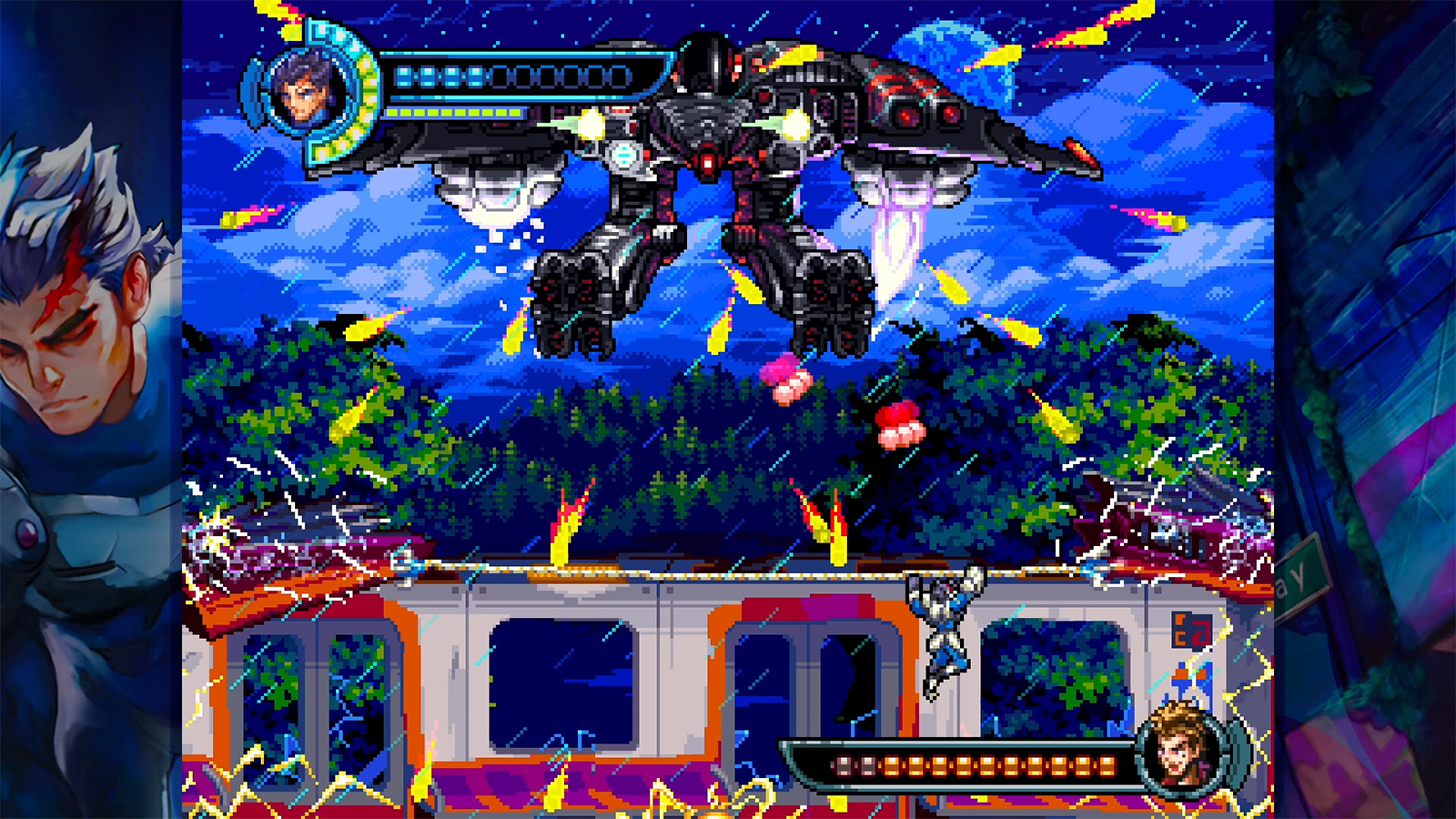 I love the throwback level designs. You’re on the streets, you’re on the rooftops, in the sky, in jungles, and of course, there’s an elevator stage. The art is a little too pixelated for my taste, but for a game made in 2021, they managed to make it feel nostalgic. Some levels were hard to see which layer was the foreground or background. After a section where I had to climb a waterfall, when I reached the top, I jumped as normal and what looked like solid ground was just the background and I fell to my death.

Of course, there are levels with water and water’s a real problem. If you end up in the drink, you can hop out, but your jump diminishes, and, particularly in the acid, it’s easy to wrack up damage. It was best to just let myself sink and let the water spit me out, but it was always frustrating in the heat of the moment as I’m fumbling with trying to take out the enemies while getting out of the water. It feels unnecessary to get my hopes up that I can jump out of the water when, really, once I’m in it, most of the time I’m not getting out. Thankfully, if I died, checkpoints brought me back to reasonable spots. I refrain from calling them gracious because they set you back far enough that you have to go through some of the gauntlets of enemies again. It’s also particularly annoying you have to wait through a cutscene every single time you die to a boss. That’s a part of the arcade feel Zenovia Interactive could have left out.

There are several difficulty modes. Normal will probably be enough for most people, but there’s added challenge in hard mode and the absolutely brutal Arcade mode which has no checkpoints. Even easy mode isn’t entirely easy – I should have started with that, honestly. There are only five levels and my first playthrough tapped out at an hour and a half, so while it is punishing, it doesn’t pound you for hours and hours. That works to Steel Assault’s advantage since there aren’t a variety of enemies, but they’re used in such a way to maximize the challenge. The same can be said about bosses. The Japanese Gundam-style designs bring out their menacing feel and they all require different playstyles in order to take them down. 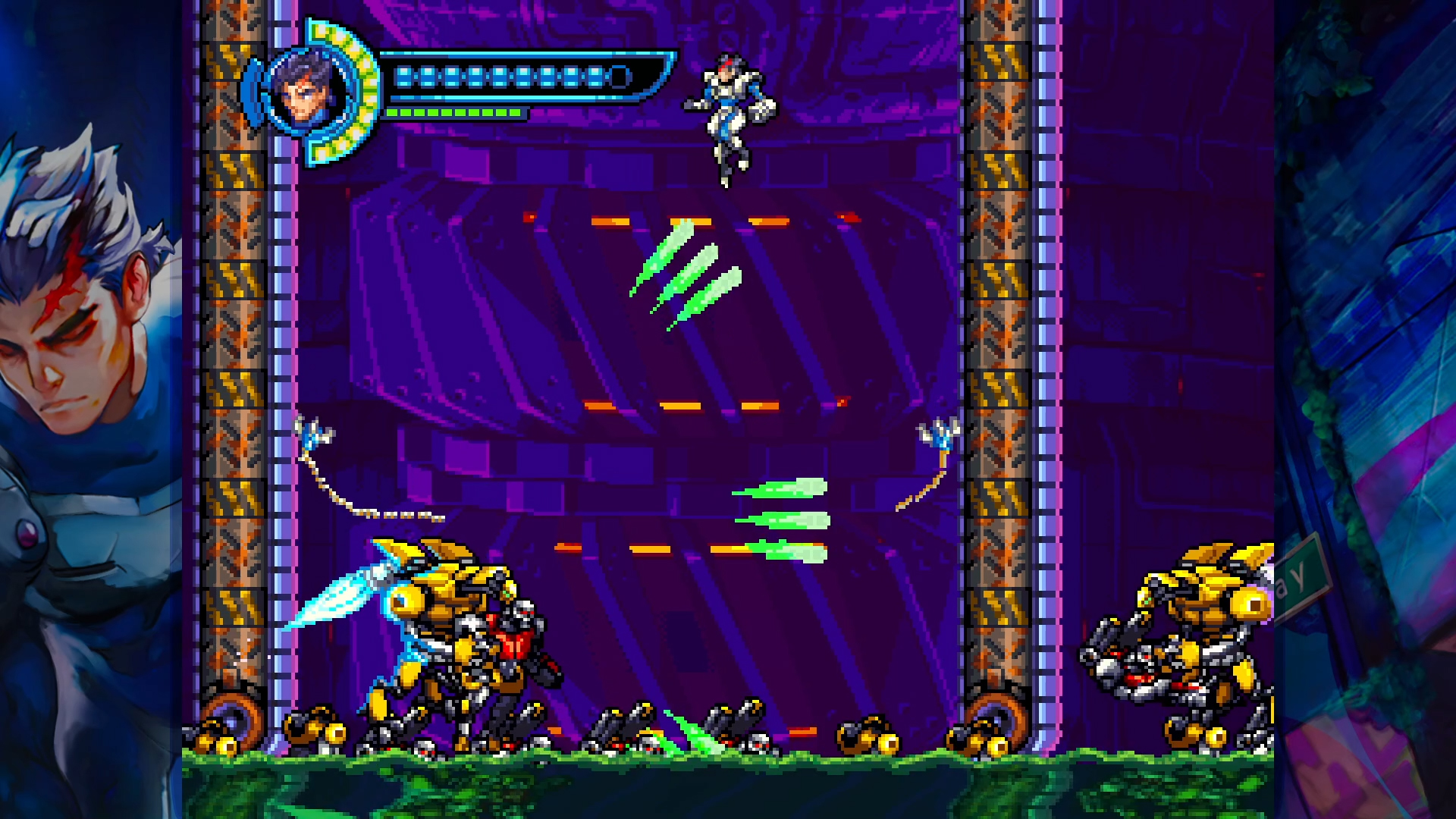 Steel Assault brings back the arcade feel with tremendous accuracy and care. Its brevity nicely contrasts with how difficult it can be, and the bosses are fun and distinct. The grappling hook is a great addition with unique uses, though it’s a little unreliable at times. If Steel Assault were to cost 50¢ per play, I probably lost $20, and I don’t regret it.

Steel Assault brings back the arcade feel with tremendous accuracy and care. Its brevity nicely contrasts with how difficult it can be, and the bosses are fun and distinct. The grappling hook is a great addition with unique uses, though it's a little unreliable at times. If Steel Assault were to cost 50¢ per play, I probably lost $20, and I don't regret it.

Anthony Shelton started his journey in games media reading Nintendo Power, writing mock reviews, and writing E3 exposes. For fun. He grew up in the arcades playing with strangers and friends, and in the garage with his Commodore 64. He loves playing co-op and multiplayer games, but has no problem crushing your soul in any competitive game he enjoys.
Related Articles: Indies, Steel Assault
Share
Tweet
Share
Submit