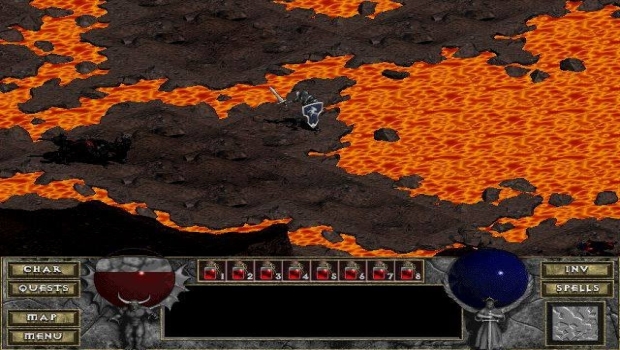 If you’ve ever trolled through the official Battle.net forums, you likely understand what I mean when I say “reading the blue posts.”  Well, author David L. Craddock did that, and quite a bit more in the first of his book series entitled “Stay Awhile And Listen”.  This 13 chapter book is about Blizzard.  Not the company itself, but the people that ran it, built it, and have turned out some of the most profitable franchises in the history of gaming.  People like David Brevik, Max Schaefer, Rick Seis, Allen Adham, Bill Roper, and Brian Fargo who went on to do incredible work both inside and outside of the walls at Blizzard.

The book’s journey is told through extensive interviews and personal backstory anecdotes alongside the author’s well-written connective webbing to tie it all together. Craddock spins a tale around each of the quotes that make up the meat and potatoes of this book, making it a surprisingly cohesive narrative through the humble beginnings of the company at Condor, the pitching of a little game called Diablo, and all of the technical hurdles that somehow all came together to create some of our most beloved franchises.

Stay Awhile and Listen kicks off with what was a frequent end for many of us – a painful death deep in the dungeons of Diablo, and the inevitable reality that a corpse run was going to be a painful experience.  Pulling together a cadre of other developers, the team sprung into action to help rescue Blizzard North co-founder Max Schaefer from the acid dogs that had slain him.  They knew immediately that they had something special.

Like a good movie from action movie director Luc Besson, after the exciting beginning we get a bit of a backstory and training montage.  The book jumps back into Brevik’s start with Dungeons & Dragons and other fondly-remembered distractions that would later shape games like World of Warcraft.  If you know what a BBS is, or that modems were measured in baud rates, you likely can relate to a lot of Brevik’s past.  Stay Awhile and Listen covers his arc through games you’ll invariably remember including NBA Jam, a port of Mortal Kombat, The Lost Vikings, WarCraft, and eventually Diablo. Pulling back the rocky production of these games, the book also talks about the eventual purchase of the studio and its branding as Blizzard North.

Battle.net served as a major turning point for the Blizzard, differentiating the company in the marketplace by making multiplayer easy.   Programs like Kali and peer-to-peer tunneling protocols like Gamespy were the more common choices in the early days of networking, so it also represented a major financial risk.  Obviously the venture paid off, but the book spends several chapters uncovering everything that went into building and launching such an ambitious and genre-defining title like Diablo, and the service it rides on.

Beyond the main chapters of the Stay Awhile and Listen, which only charts from the company’s beginnings until the end of the release of Diablo, there are essentially what I’d call the ‘leftovers’.  These bits of interviews that Craddock calls “Side Quests” reveal a great deal of knowledge and anecdotal bits from the many people the author interviewed.  While they may not directly connect to the history being told here, they are amusing additional stories that would have been cut in any other book.  I commend Craddock for leaving them in as they are a fantastic trip down memory lane and some of them are downright hilarious.  There is an additional section called “Bonus Rounds” that is fairly similar to the Side Quests section in their inherent value.

Overall, the 148 (plus credits) page eBook makes for an easy read.  If you are a fan of any of the incredible works that Blizzard has published, this series is a must-have.  If the first book is any indication of what we have in store, I can’t wait to read the epic tales behind games such as StarCraft, World of Warcraft, and the cancelled Warcraft Adventures and Starcraft Ghost!

Stay Awhile and Listen will be available for $9.99 on Kindle, Nook, and iBook formats on October 31.