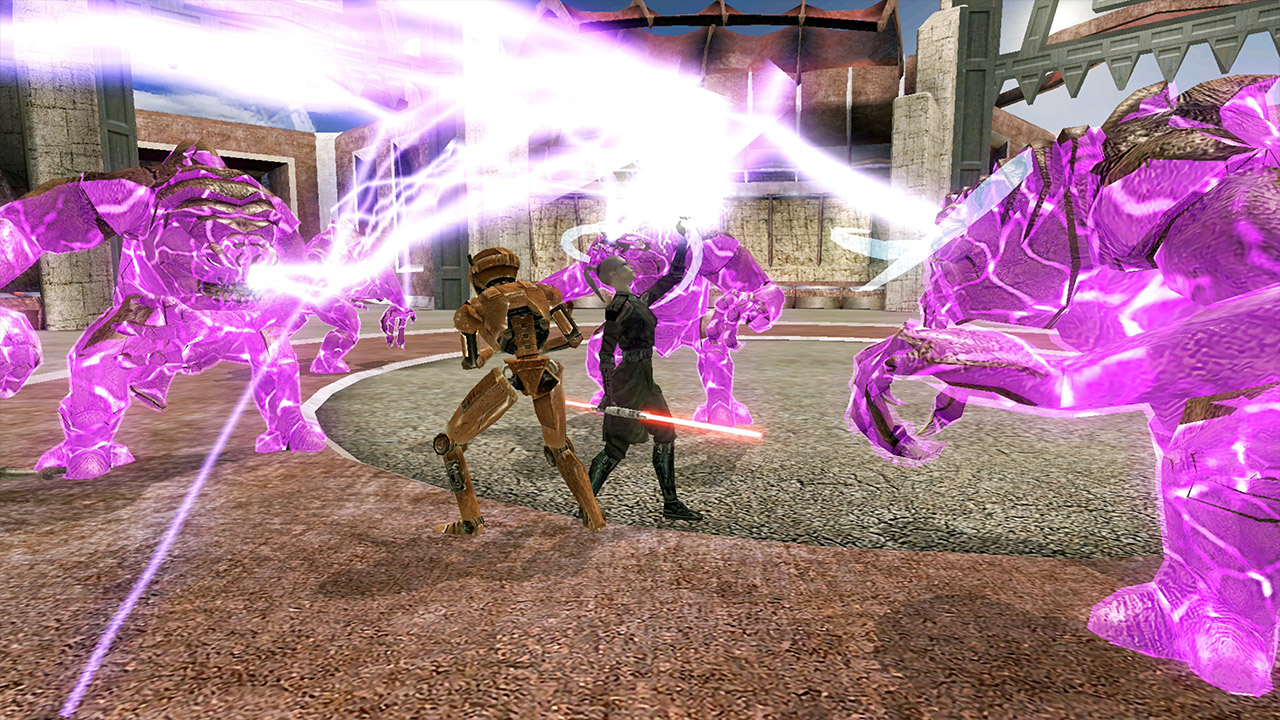 Star Wars: Knights of the Old Republic is the epitome of what a Star Wars game should be as, despite its age, it is regarded as one of the best products of the franchise. This is because of Bioware’s excellent execution in presenting the beloved series to gamers. Yet despite all this, quite a lot of gamers, myself included, have yet to play the supposed masterpiece. Now that the game is available to Nintendo Switch players, that number should increase drastically. However, whether or not the port is worth the time and money is the question of the day.

Knights of the Old Republic starts with a literal bang as you, a random Republic Soldier (or Scout or Scoundrel depending on your choice), wake up aboard a ship that’s hunted by the Sith to capture a famously powerful Jedi named Bastilla. You then wake up on a strange planet ruled by the Sith next to your new buddy Carth and begin your quest to rescue the aforementioned Jedi. KOTOR offers players, especially fans of the franchise, a slew of narrative elements. As your character somehow has an affinity for the force, players should expect to visit the Jedi Academy and lean back and forth between the light and dark side of the force through not only action but also your words. The dialogue choices in KOTOR are one of its more impressive features to me as they never cease to amaze me with how surprising some can be.

Upon meeting a new character in KOTOR, you could either greet them politely or threaten to murder them and their entire family, which I found simply baffling. It is in these choices, however, that KOTOR really shines. Thanks to this, no two players will ever have the same playthrough as the game provides many avenues for completing a quest. For instance, in a section in Tatooine, you meet the chief of the local sand people and are immediately able to insult him, leading to discord. You’ll still be able to accomplish your goals in Tatooine despite your disrespect, but you’ll have to fight hard to do so, whereas sucking up to the same chief makes things a hell of a lot easier. 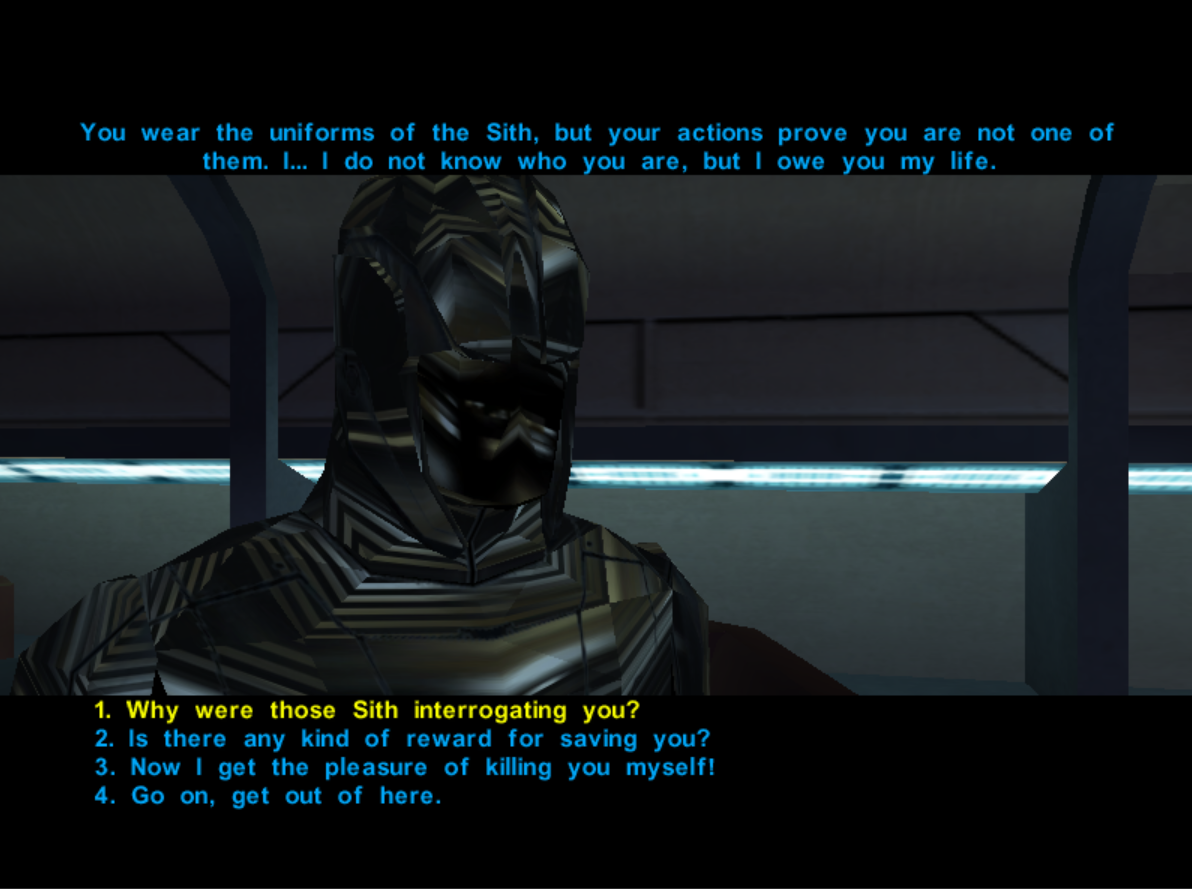 Players will also indulge in many other adventures in KOTOR such as swoop racing, infiltrating a Sith party, visiting hostile cantinas, rescuing a Wookie from slave traders, exploring the forest world of Kashyyyk, partaking in tons of lightsaber duels, going bounty hunting, helping create a cure for a deadly disease and many, many more. The game offers so many wonderfully lore-filled adventures it’ll have fanboys frothing at the mouth, and I must say I found myself quickly impressed and enthralled by it all.

In terms of gameplay, I’m sure most fans who’ve played and completed the game a dozen times will be familiar with its hybrid turn-based combat system. However, it was very much a new mechanic that took me a while to get used to. As a mechanic based around the classic tabletop dice roll mechanic, players should expect to see some attacks hit, some miss, some do less damage, and some just one-shotting the enemy. As a complete noob, it’s needless to say I quickly grew confused with the mechanic initially. It also took a while to get used to optimizing the game’s RPG elements and trying to figure out which weapons worked well together, which armor is best, and whether or not dual-wielding lightsabers is as effective as it is cool. And Just like with the narrative, there are also multiple ways of accomplishing your goals through gameplay.

The first and most memorable example of this is seen at the start of the game, where the player is faced with a door leading to a large number of over-leveled Sith. They can choose to go in guns blazing and inevitably die, or they can choose to repair a nearby droid that’ll help fight their battles for them with some repair parts salvaged around the level. The third option, however, is what I chose. With enough computer spikes, players will be able to hack into a nearby device, exploding it and electrocuting everyone in the room. After witnessing this, I always chose this method when available as it is not only highly effective but also immensely cathartic. 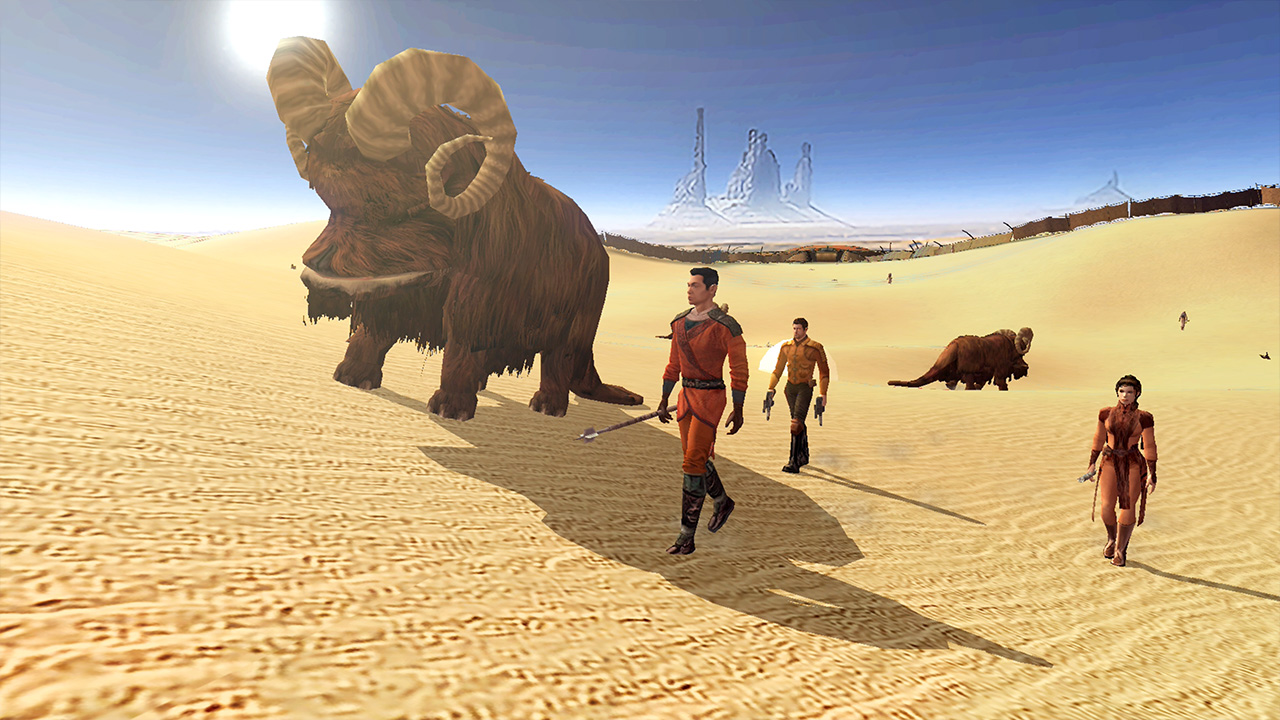 Another great aspect of KOTOR is the Ebon Hawk, your very own version of The Millenium Falcon, which serves as your base and the vehicle you’ll use for planetary travel. Between traveling, however, players can also converse with their party members (who they can take control of at any time in gameplay) and ask them to create all manner of tools for their adventures.

However, with all the praise comes a few minor flaws, as KOTOR still tends to show its age here and there. For one, the map isn’t particularly helpful mainly because pulling it up from the menus always feels like a chore when trying to navigate through some of its less than enthusiastically designed areas that look the same throughout. What’s worse is the poor movement speed for each character. While this is more of a pet peeve of mine and does not affect combat too much, it does noticeably get frustrating when trying to move from place to place. Lastly, while the Switch port does an excellent job of providing high definition visuals and resolutions, it unfortunately still doesn’t change the fact that a few of the game’s character models look quite ancient.

A noticeable inclusion in the Switch port is the new UI that is quite different from the PC version. It’s a bit more compact but also more simplistic in comparison as everything in the menus is all laid out neatly for players to see. Another aspect of the game I’d like to highlight is its incredible voice acting. I was astonished to see that each and every character in KOTOR has an incredible voice actor behind them that surprisingly always sounds genuine, including the alien languages from the wild Wookies to the sassy Twi’lek teens. 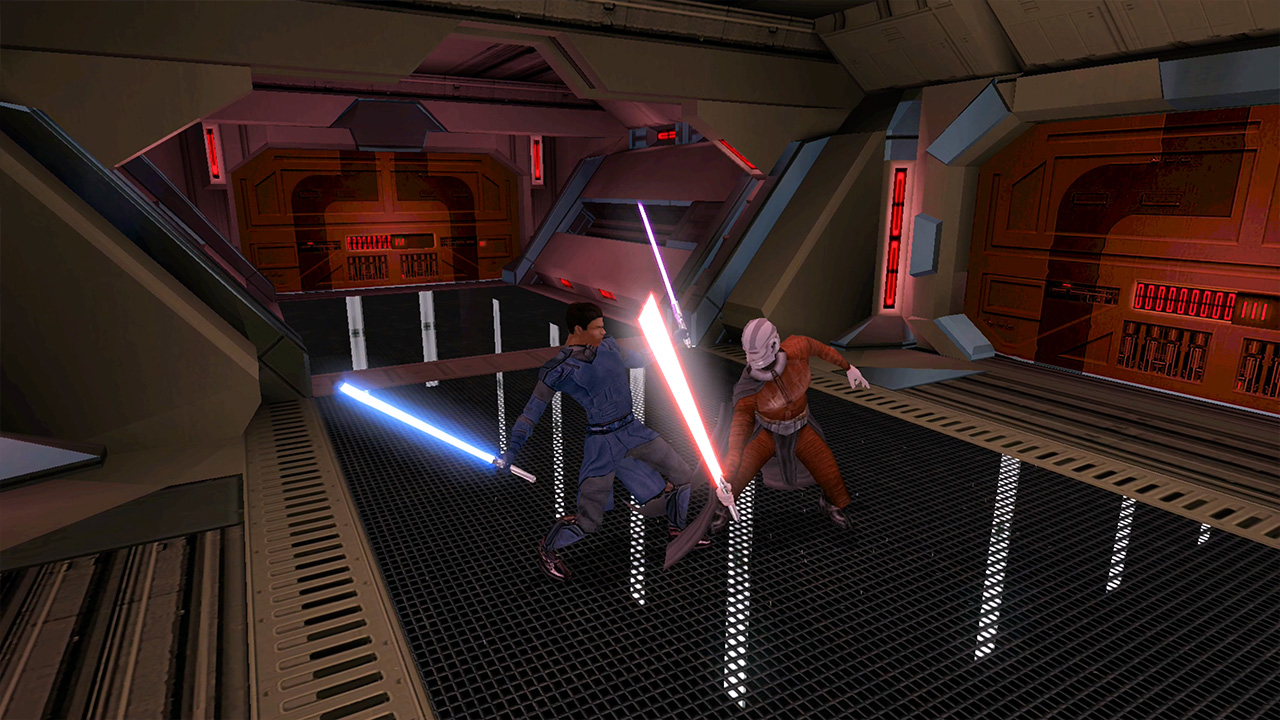 All in all, Star Wars: Knights of the Old Republic is frankly a fantastic game and is objectively one of the best Star Wars games ever made. The languages are accurate, the character designs are flawless, and the art design is incredible. It’s no surprise that the game is revered by both standard RPG and Star Wars fans, and thankfully, the Switch version pulls through with a highly efficient port, and I can’t wait to play again when the remake arrives.

Star Wars: Knights of the Old Republic is frankly a fantastic game and is objectively one of the best Star Wars games ever made. The languages are accurate, the character designs are flawless, and the art design is incredible. It's no surprise that the game is revered by both standard RPG and Star Wars fans, and thankfully, the Switch version pulls through with a highly efficient port.

Abdul Saad is an avid gamer and computer geek. He's been writing for four years on news, reviews, previews, and more on multiple gaming sites. When he isn't writing or playing the latest JRPG, he can be found coding games of his own or tinkering with something electrical.
Related Articles: Star Wars: Knights of the Old Republic
Share
Tweet
Share
Submit