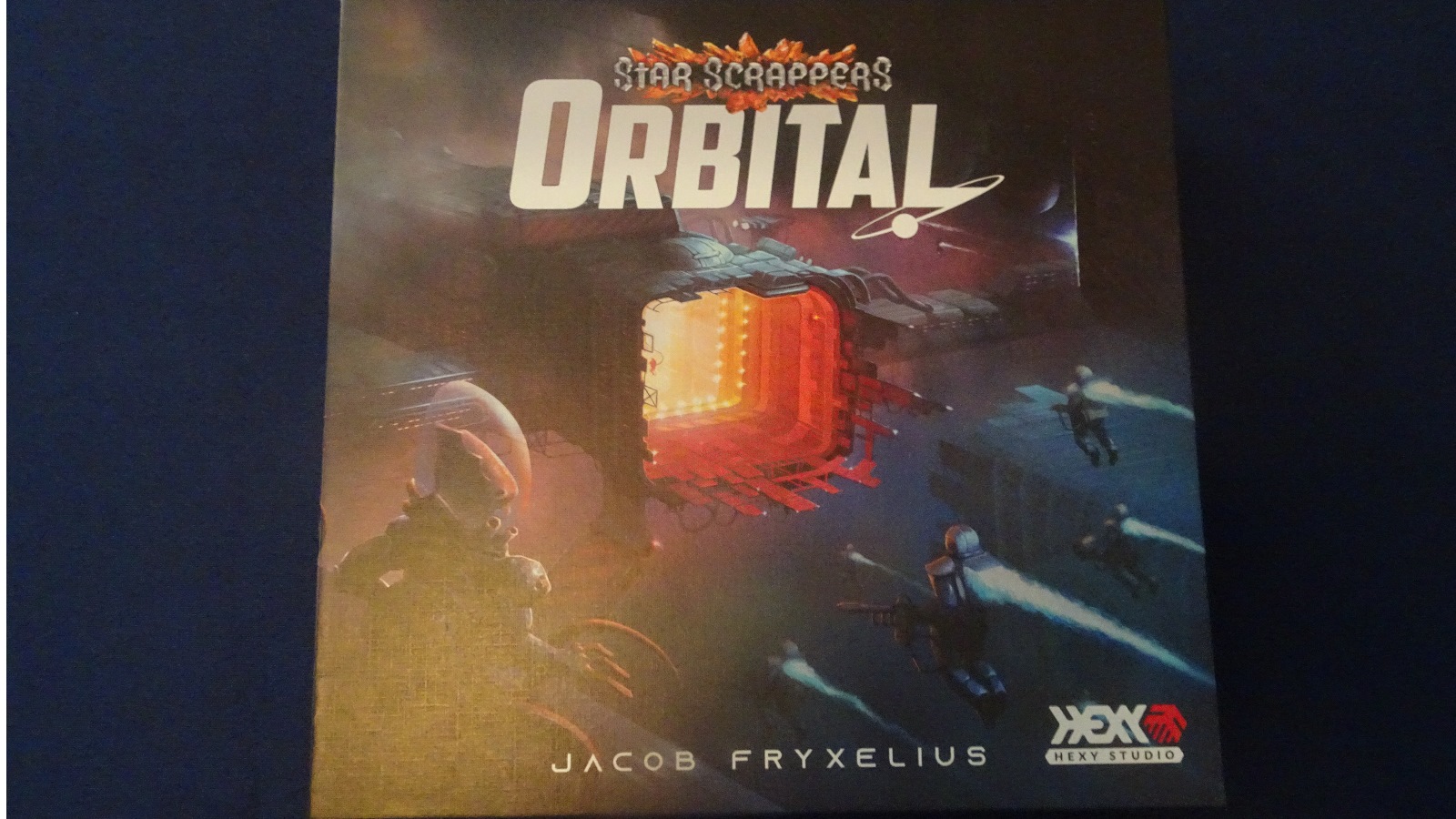 Before Terraforming Mars was a huge hit, Jacob Fryxelius had a far more humble game called Space Station that involved taking turns putting down various ‘modules’ that represent things like living quarters or military installations as players build the best space station. Terraforming Mars came and went, and came again with an endless number of expansions and off-shoots, and at some point he decided to revisit this game and rebrand it. 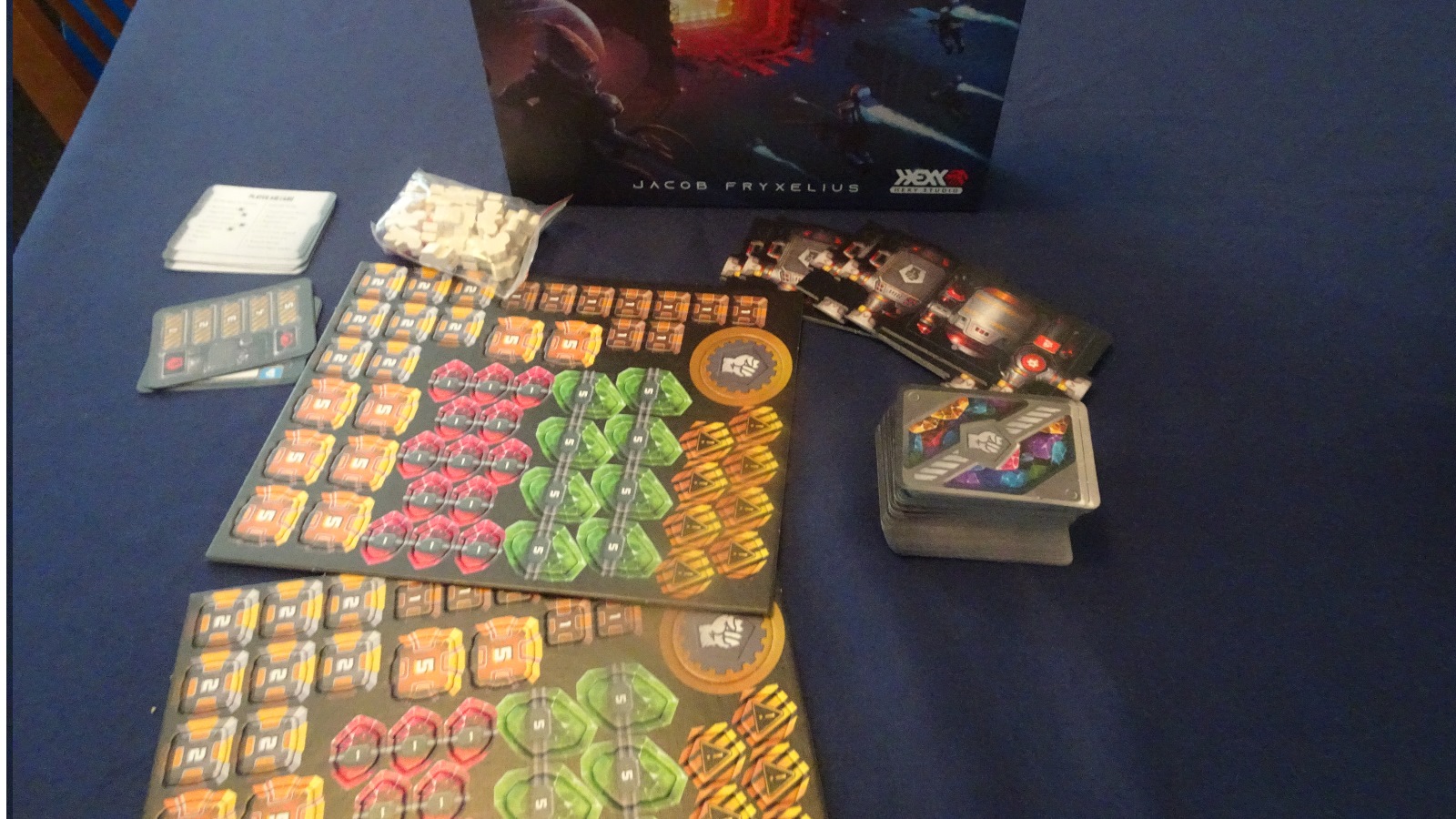 Star Scrappers: Orbital is very similar to the original game from 2011, with upgraded graphics and a few subtle gameplay changes, but fundamentally players take turns spending their limited money on a few different sections of space station to best position themselves next turn to make even more money – in typical engine builder fashion. The game takes place only over 5 rounds, in which the builds never get especially crazy, which to some extent is a blessing so the final round doesn’t drag out an hour while someone builds half the deck due to some insane engine they have constructed over the last 6 hours.

Player actions are fairly limited each turn: either they can build a card out of their hand, use some of their buildings, or play an event. Of course later rounds take a little longer, but early rounds are usually over in a turn or two which keeps the game moving. One of its better parts is at the end of each year there is an ‘award’ section of victory points, this is based on which type of modules a player has constructed and the highest player in each category scores the point. While there is not much direct player interaction beyond some sabotage cards, this reward race is interaction enough to not make the game feel like multiplayer solitaire. 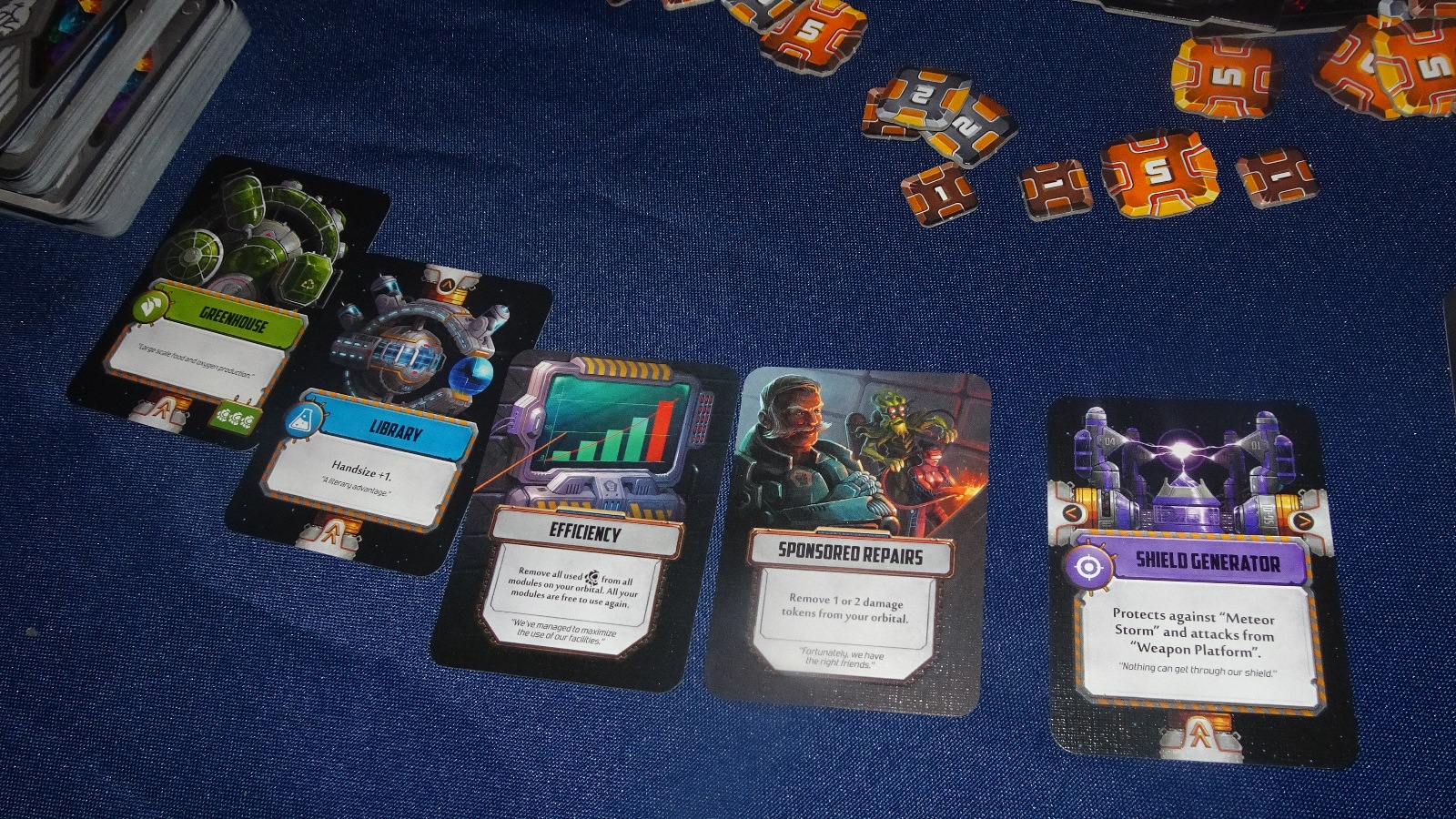 Sample cards in the market

The game is far simpler than its big brother, and perhaps people were expecting something on the same scale which is why the general critic reviews of this game have not been that kind. Largely though, the negativity is overrated as the game is good. It’s not great, but it’s a fun romp that keeps the action moving quickly and doesn’t have too many negatives to really drive it down. While there is some interest in deciding what kind of modules to go with – such as the bio ones for more crew, or the luxury ones to generate more money – so much of it is driven by the card draw, it decreases the strategy more than some players might be happy with. 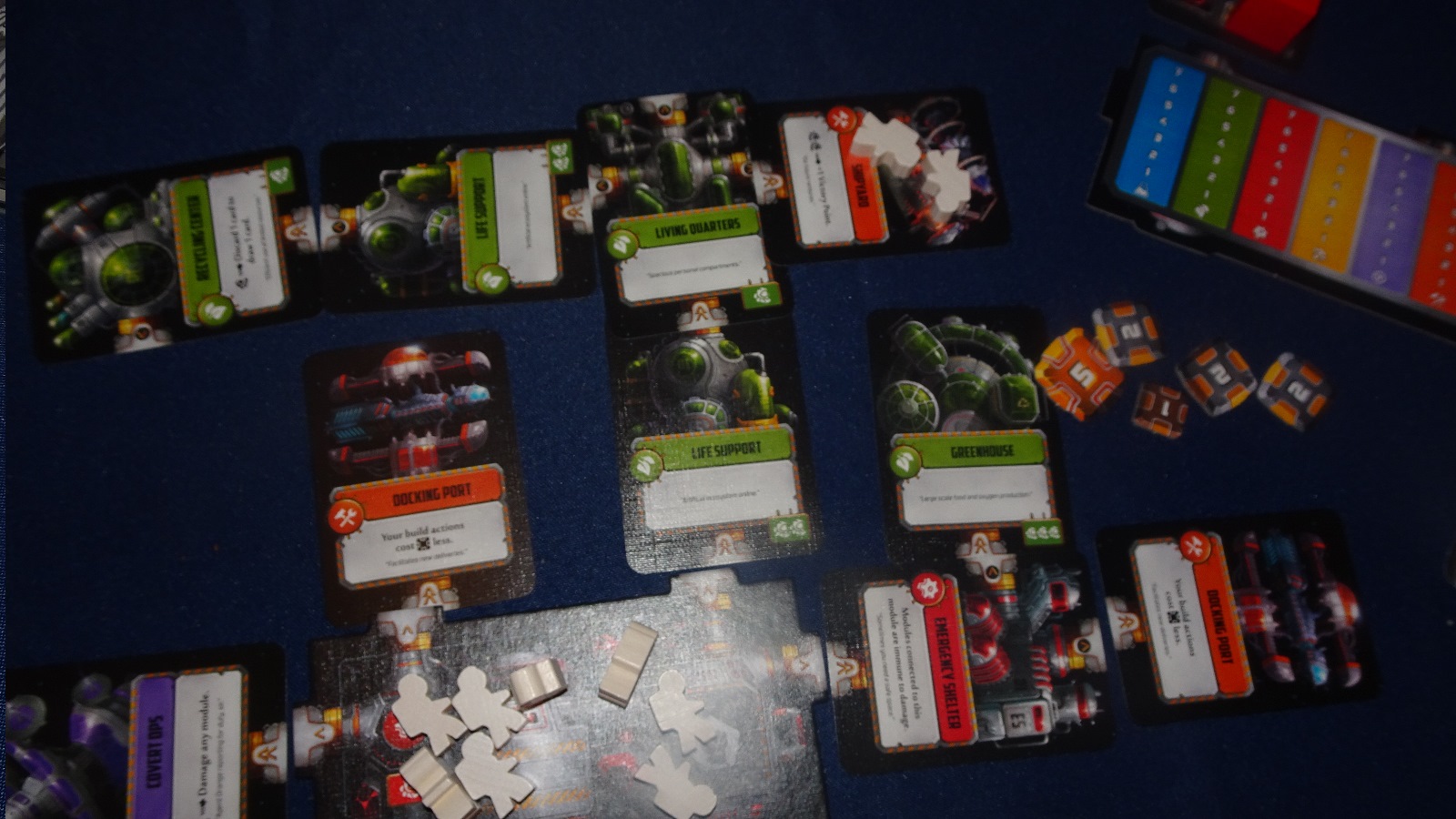 Ultimately the game is a surprise based on the general bad consensus already out there about it. The game was enjoyed by light to moderate weight gamers as it was easy enough to understand and the feeling of trying to best plan and puzzle out the space station was an ongoing reward and challenge. While there are some easy nit-picks due to lower direct player interaction, and any strategy is heavily based on what limited cards are drawn, it comes together fast enough that the high points outweigh any negatives.

The game is definitely a step down from Terraforming Mars, but it still is a brisk enough experience that it hits the table more than it might seem. It plays in under an hour, gives a fun challenge of putting together your space station, and trying to best figure out what colors and patterns to use is fun. The end of year VP allocation is a system that more games need to use in handing out rewards based on various colors which feels like everyone is in it and keeps them engaged.