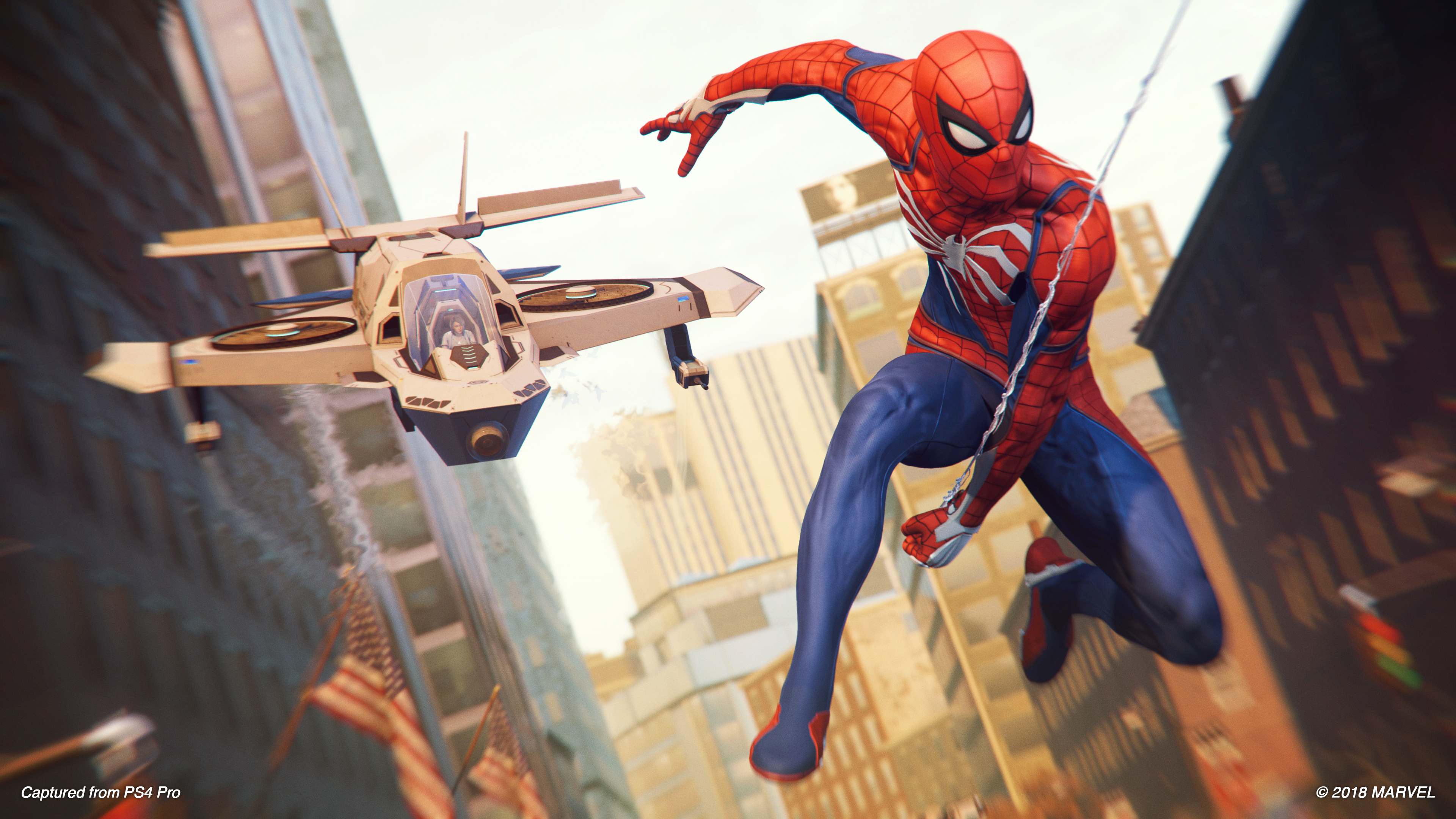 Insomniac’s version of Peter Parker is no slouch. He’s been swingin’ in those tights for years, and has all the grace and confidence that comes with that experience. That’s why it’s so jarring to see the third and final episode of the Turf Wars story DLC land with an uneventful “thud,” not unlike something you’d see the fat, sad Peter Parker from Into the Spider-Verse do. That being said, Silver Lining is the best of the three packs, with plenty to offer from Spidey’s relationships with the rest of the cast.

Fittingly, that Peter is in this DLC.

Silver Lining has a much better opening than Turf Wars. Instead of throwing you into an unfair battle with a bunch of robo-thugs, you start off swinging. You are given a chance to literally get back into the swing of things this time. Though, the unfair fights are still largely present. In any given fight, there’s jetpack guys, minigun guys, guys with red sticks, guys with yellow whips, and rockets. So many rockets. It’s so much to juggle at once that you’re never given a chance to actually do anything cool. Spider-Man has to resort to spamming cheap gadgets rather than pulling off the stylish moves that the main game allows you to do.

These fights culminate in a final boss fight with Hammerhead, or rather, Mecha-Hammerhead. It takes a lot for comic book stories to jump the shark, but Hammerhead’s dumb head on a big robot body is just stupid. Round 2 isn’t nearly as aggravating as the fight in Turf Wars however, and it actually has some new mechanics (!!!). Mecha-Hammerhead has two different defenses that you have to take down separately before you can damage him. The concept is still the same as every other boss fight in Insomniac’s Spider-Man, but with the help of Silver Sable the fight is at least more interesting in practice.

They jumped the (hammerhead) shark.

In fact, Spidey’s hilarious relationship with Sable is the best part of Silver Linings. He’s constantly trying to break her down with high fives and hugs, and the levity is much-needed after a pretty gloomy second act. MJ and Miles get more interesting conversations with Peter this time around too. MJ and Peter are fully formed in their newly-revived relationship which makes for some fun moments. Meanwhile, Peter is starting to slowly train Miles to be Spider-Man, quizzing him with things like physics questions about web swinging. And of course, J. Jonah Jameson’s radio show is back and has the funniest bit yet when he learns about there being two Spider-Men.

Despite the fun relationships, the story falls flat while trying to wrap up all of the loose ends. The cliffhanger at the end of Turf Wars with Yuri is barely mentioned in the story, and instead pushed into a lackluster side mission. Black Cat gets it even worse, as her story is wrapped up in a single brief scene that completely wastes the character introduced in The Heist.

The Raimi suit is finally in the game. Pizza time!

After everything, the story just kind of ends without any flair. There are minor attempts to set up future DLC or maybe even a sequel, but they are more loose ideas than concrete concepts. Nobody gets a satisfying conclusion, which is a shame since the characters are so great.

Silver Linings offers some fun moments, but ultimately lands on its face. However, I have all the confidence in the world that Insomniac’s Spider-Man will bounce back, either in future DLC or the sequel.

Pierce loves horror games because they make him forget about how scary real life is. When he's not laughing at his own jokes, he's probably crying because nobody else is laughing at them. He dresses up as Spider-Man for parties and events, and he is still sad about P.T.
Related Articles: Marvel's Spider-Man Silver Lining DLC
Share
Tweet
Share
Submit