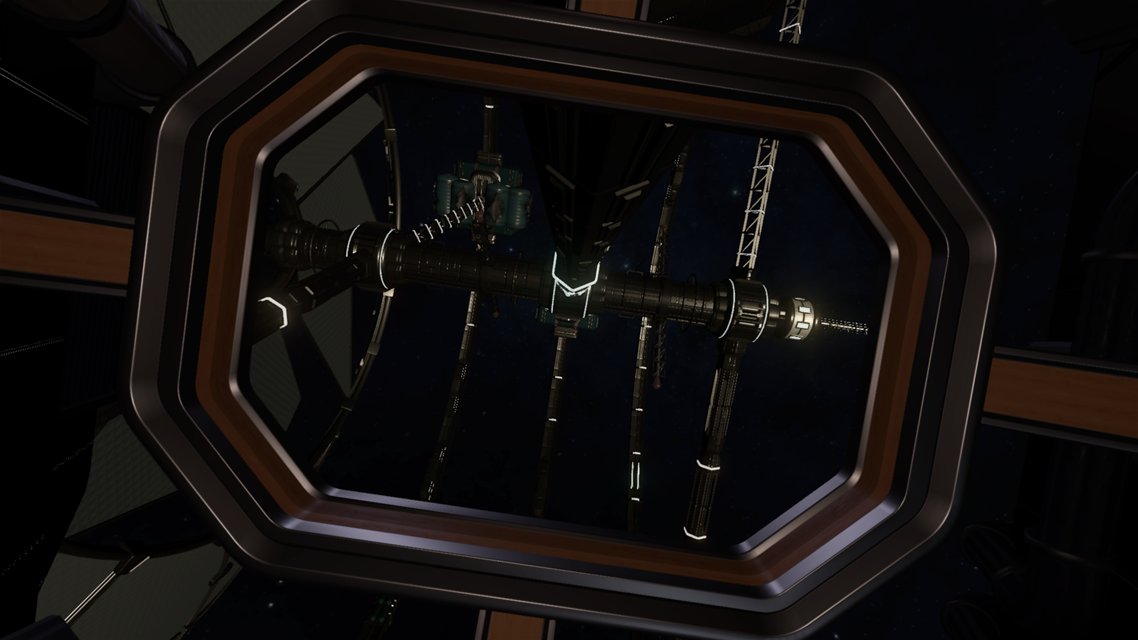 Tacoma immediately harkens back to the meditative exploration of its Fullbright Company predecessor, Gone Home. In essence, both games are walking simulators that ask players to construct an understanding of specific settings and the characters who inhabit them. But as much as Tacoma attempts to deviate from its predecessor — invigorating the genre’s gameplay with a space station setting and a fascinating investigative mechanic — it never quite fills the shoes of its big brother.

In Tacoma, you take on the role of Amy Ferrier who’s been contracted by the Venturis Corporation to retrieve its AI from the deserted Tacoma lunar space station. Why the station is deserted is for the player to figure out by exploring the facility and — in true walking sim fashion — using environmental context clues to learn about the crew and the days leading up to its disappearance. Each zone in Tacoma is splendidly realized, from the billiard tables adorning the recreational area to the modest gardens in Botany, and I obsessed over scouring every environmental item in order to get the finest understanding of Tacoma’s world and characters.

Realizing a home is one accomplishment, but Fullbright impressed me by taking its aptitude for nuanced world design and applying it to an entire sci-fi space station.

Unlike other space-faring games, Tacoma isn’t about scares or near-death experiences. It’s about contemplation and relaxed exploration in an out-of-this-world environment.

The game profoundly differentiates itself from Gone Home by introducing a creative augmented reality recording mechanic. Like all nefarious mega-corporations are supposed to, Venturis tracks the body movements and conversations of each member of the crew. As you explore Tacoma, you’re able to watch scenes from the station’s last days play out as holograms in front of you, rewinding, pausing or fast-forwarding as many times as you need to glean as much information from the scene. It’s a genius mechanic that supports the game’s investigative nature — often, you might have to rewind a scene three or four times, following a different crew member each time, to hear every conversation and obtain greater insight into the world.

The mechanic also introduces a light puzzle-solving element where, for example, bypassing a door might require listening to a certain conversation to obtain a pass code. I enjoyed these scarce moments of search and observation, and Tacoma might have benefited from more of these in that so much of the game and its narrative are handed to you.

The beauty of Tacoma’s AR Recording mechanic is that it lets you interact with a scene in a way that only games can allow, as opposed to cutscenes that feed you a game’s story in the same way as film.

When exploring AR recordings, a timeline displayed at the bottom of your HUD indicates the exact moments crew members open their AR dashboards where you can read their messages and gain new insights. While this feature is a helpful crutch for players who just want to experience the story, it contradicts the theme of investigation by presenting you juicy tidbits about each character without making you work for them. Tacoma is already a linear experience — you explore each zone of the station in a deliberate sequence so that story beats happen at the “right time” — but exploring each AR recording camouflages this linearity. It’s disappointing, then, that the timeline takes away from the sense of exploration Fullbright’s creative mechanic tries to create.

Each character in Tacoma has a story. It’s up to you as the player to piece those stories together.

Where the AR recording mechanic stumbles, it’s compensated for by Tacoma’s stellar voice cast. It’s a testament to the power of top-shelf voiceover, really, that despite only appearing as colored holograms, each character at different times tugged at my heartstrings and evoked, in me, spectrum-spanning emotions. I won’t tell you anything about the characters here, because learning about each member and their relationships to one another is one of the game’s main conceits, but I will say that Fullbright has demonstrated again its pension for developing diverse and complex characters.

Tacoma tells a great sci-fi story of artificial intelligence and near-future space exploration, but it’s ultimately the characters, not the plot nor its conclusion, that will stick with you.

If you’ve played games like Gone Home, Dear Esther or Firewatch, Tacoma is instantly recognizable, but it remains distinct by introducing a wildly exotic space setting and a mechanic that keeps the “look and listen gameplay” from ever becoming a bore. It can, at times, devolve into too much of a linear experience, giving way to predictable pacing, but this is forgivable, because when your time is done on the Tacoma lunar station, your heart will be a little fuller for the people you met while you were there.

Hunter Wolfe just graduated with his B.A. in Communication/Journalism from Shippensburg University and has nearly four years of professional writing experience. His content has been featured on sites like Rolling Stone's Glixel, Destructoid and The Artifice. You can check out his full portfolio at: www.hunterawolfe.com.
Related Articles: Tacoma
Share
Tweet
Share
Submit