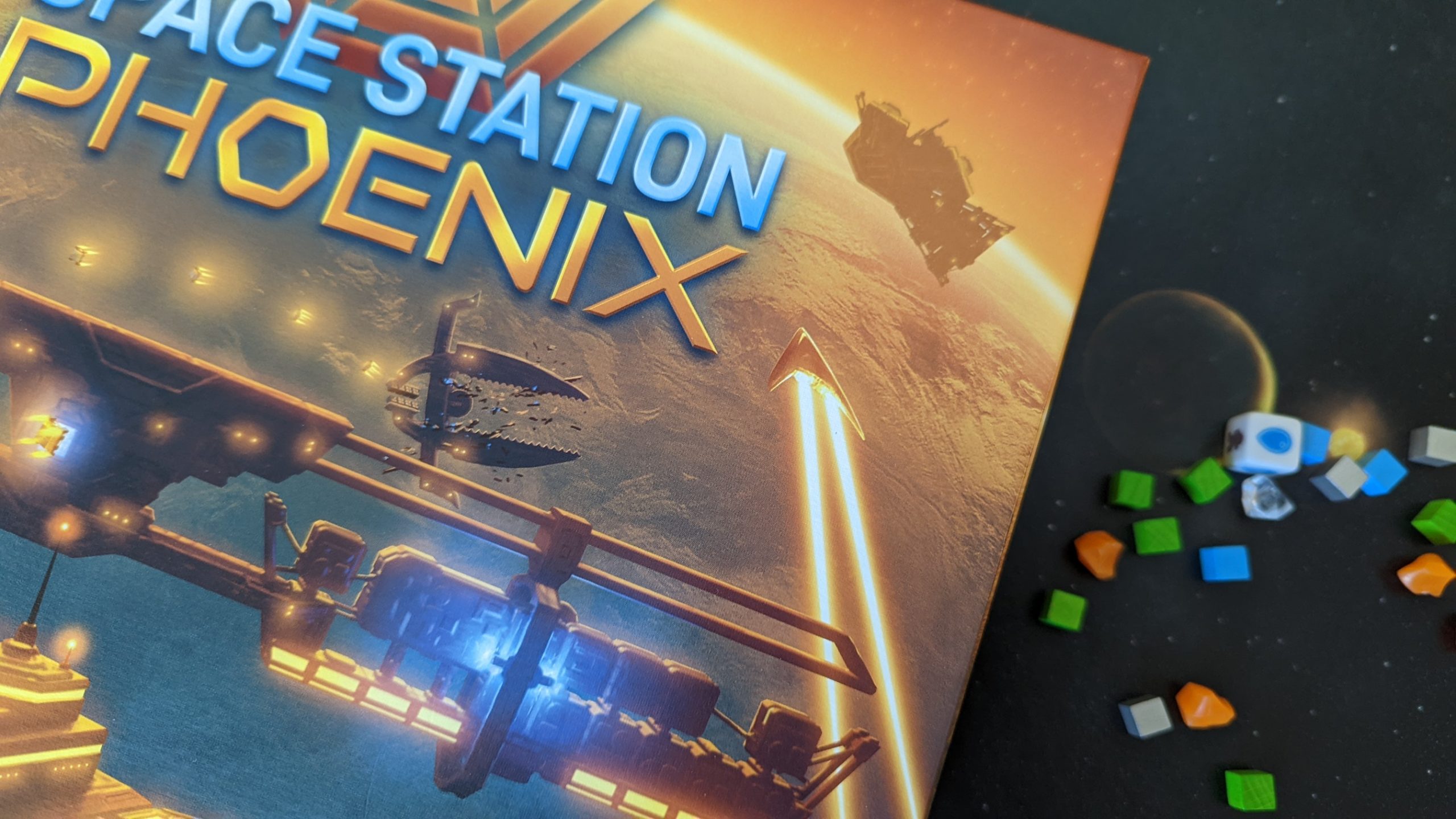 As the years go on and my board game collection balloons, I am forced to refine my criteria for picking up a game, along with continuous culling, to keep my collection at a reasonable size. How much fun I find myself having with any particular game is an obviously important metric, but I’ve found a game’s uniqueness, whether or not I already have a game that does what it does, to be equally, if not more, important. Space Station Phoenix hits both of these criteria out of the park.

Space Station Phoenix is different in a way that makes it very difficult to explain, as there isn’t any overarching mechanic that feels exactly the same as any industry standard. Nominally you’re doing worker placement things, I.e. committing things to a ship to perform its associated action and exclude other players from using that ship until it has been reset, but it immediately diverges from the norm since your workers are quite simply money, and different places will take different amounts of money to activate. Normally players will be activating their own ships, but they can also pay each other extra money to use each other’s ships, introducing a Troyes-esque vibe where nothing is truly just your own, since everybody always has the opportunity to just buy whatever you have off of you before you have the opportunity to use it. The end goal is to build your titular space station and fill it with alien residents , but building your space station costs metal and in order to acquire metal, you have to deconstruct your worker placement ships, giving the game a interesting arc where you are destroying the ship engine you start off with to build a different space station engine. Once you have built your station using the build and deconstruct actions, you will be using the transport action to bring aliens onto your station. However, bringing these aliens will cost additional resources most often in the form of water and plant life, normally acquired through the Terran expedition action. Finally, there is the diplomacy action which advances players on the diplomacy tracks. These tracks reward players with a steady trickle of points or resources whenever a player takes one of the corresponding actions, rewarding players who correctly anticipate frequently used actions. If a player doesn’t wish to or cannot take a ship action , they can instead opt to take income, clearing their ships of any money gems occupying them, and then acquiring gems according to the number of ships they have remaining, with the addition of whatever bonuses they may have unlocked on their space station through filling built sectors’ spaces , or the occasional hub bonus. 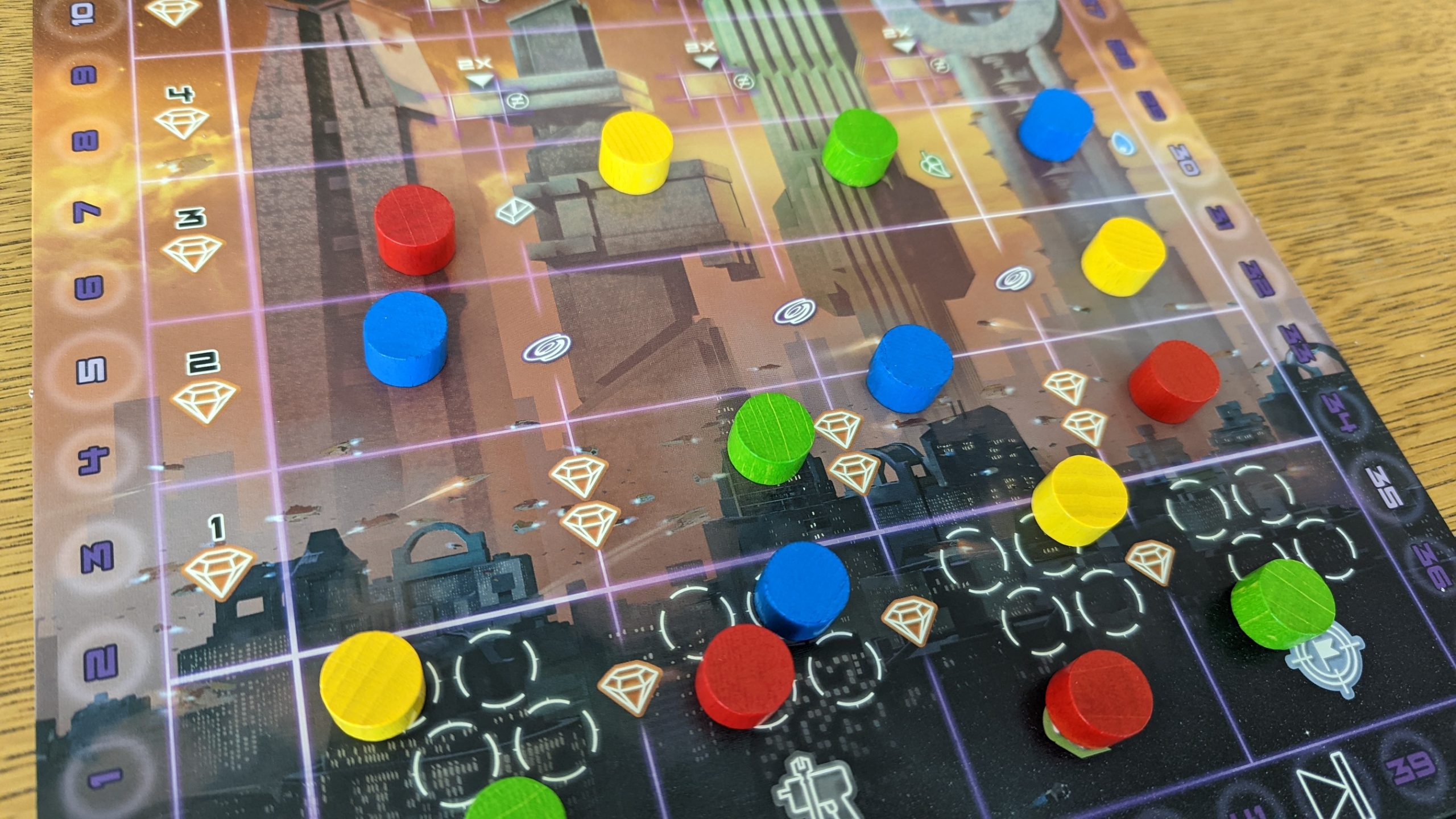 As players construct their stations, they will build separate wings for each of the three aerobic aliens( pink, blue, and brown),  each with sectors in ascending size. Each sector has a varying resident capacity , and sometimes feature powerful bonuses, usually on sectors with lower capacities. Since each alien resident is worth two points in in-game scoring, every build is an interesting decision, weighing in-game power against end-game points.

Like most Eurogames, Space Station Phoenix has multiple end-game triggers, The most common being a player reaching the 40-point threshold on their turn and a player fully constructing their station by completing the three wings. This introduces an interesting tension between players who have created a points scoring engine and those that simply wish to complete their stations that I’ve enjoyed every time I’ve played.

Another thing that Space Station Phoenix has going for it is its extreme variability between games. In setup, one sector it’s made available per color per size per player from the game’s huge supply, players are supplied with the full assortment of standard level 1 ships, draft four level two or three ships, and are dealt two of the game’s 20-something hubs, choosing one.

Unfortunately, sometimes blessings are also curses, and with so much variance, the game is left depending too much on weak iconography. It proves to be The game’s Achilles’ heel where players spend too much time having to reference sheets that explain the hubs. We’ve also had balance issues where some hubs in comparison with some sectors wind up feeling a smidge overpowered, but that’s understandable with the glut of options provided in this box. 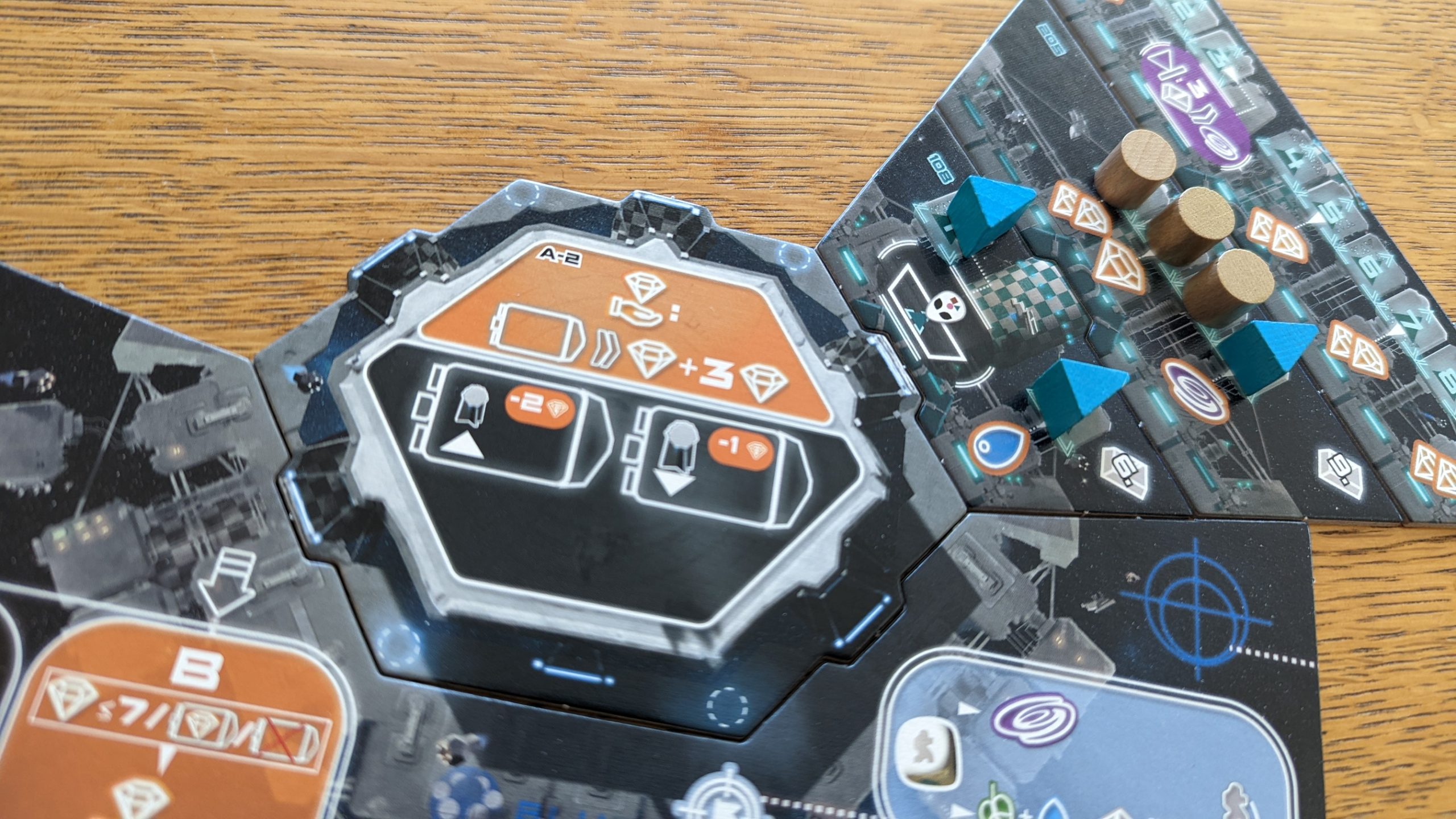 I haven’t played a game with set up and tear down this long since I played the original Axis & Allies as a kid, but I also haven’t played a game this worth it. There are so many experiences in this box that are entirely unique to it in my long board gaming career. The hype one of our players got when he got to the point that he scored a point whenever we did any action, The race between player and opponent to activate or disassemble a ship that is too useful, all surrounded with a crunchy layer of finding synergies and sneakily stealing other players’ alien leads. Space Station Phoenix has been a hit with players from those who scored horribly to those who reached insane heights, and I can’t think of a better recommendation.

The size and strangeness of Space Station Phoenix may be intimidating to some, but push through that initial shock and you'll find a game that you'll be pulling off your shelf frequently.

Nick grew up reading fantasy novels and board game rules for fun, so he accepted he was a dork at an early age. When he's not busy researching the intricacies of a hobby he'll never pick up, Nick can be caught attempting to either cook an edible meal or befriend local crows.
Related Articles: Space Station Phoenix, Tabletop
Share
Tweet
Share
Submit