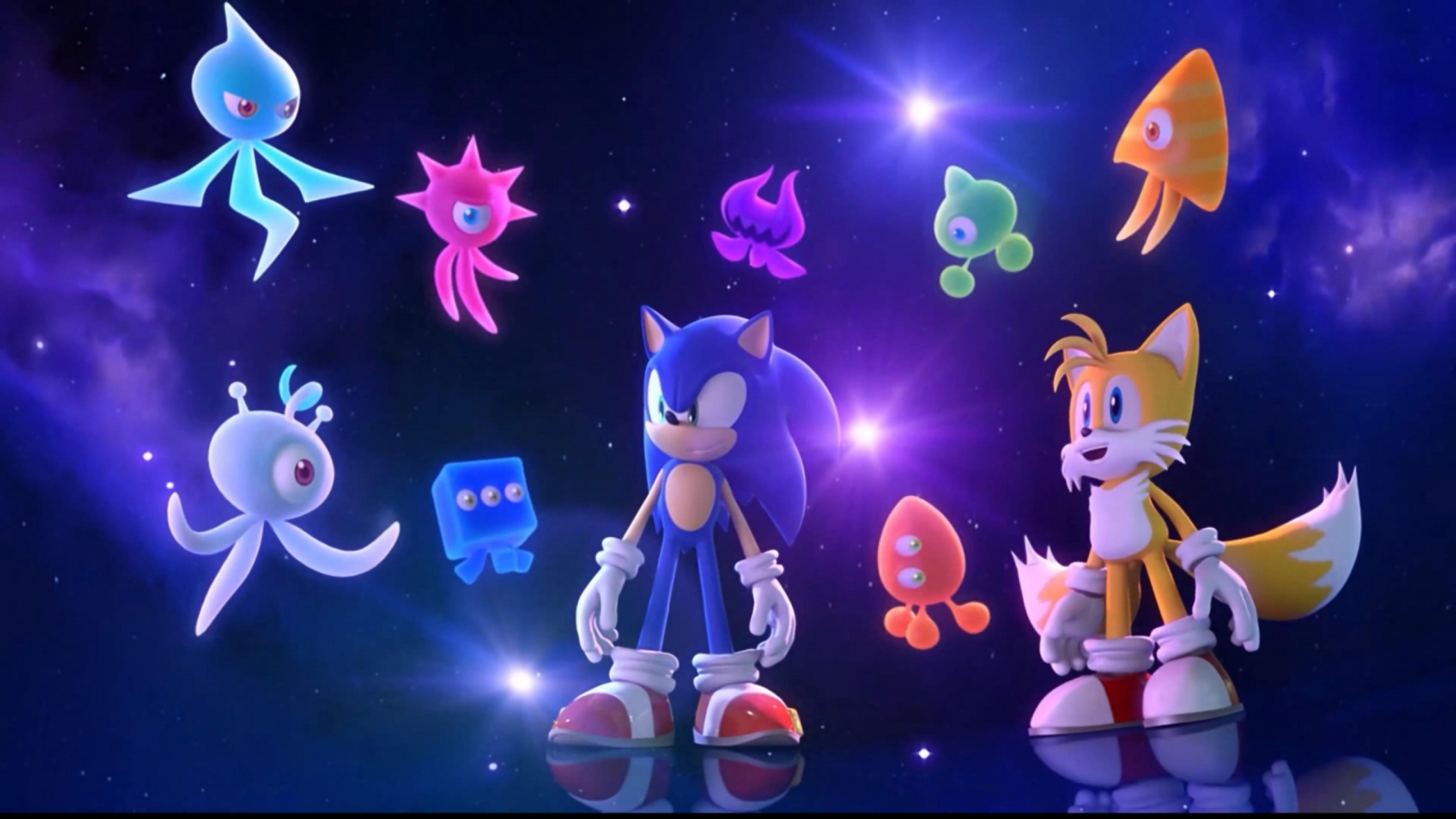 Sonic, buddy, we need to talk. We’ve had some good times over the years, a few bad, but you’re better than those. Everyone screws up sometimes, but lately it’s felt like most people think you can’t do anything right. I know that’s not true – I’ve enjoyed our Adventures, the Mania, & Knuckles – however, it seems like you’re giving into the haters. After all, if even your fans are going to hate your games after a while, why even bother? But you know what? I know you can deliver experiences no one else can, not Mario, not Ratchet and Clank, and not even your loving imitators. You’ve got heart, so I expect you to put your all into everything, unlike this lackluster remaster of one of your greatest adventures.

Originally released in 2010 for the Wii, Sonic Colors is my favorite 3D Sonic game. Sure, the followup Generations improved the controls and level design, but the music and varied atmosphere of each zone keeps me coming back to this particular entry. It established the saturday morning cartoon vibe that’s continued to this day and, while I do miss the more serious storylines of games past, it’s a fun, lighthearted adventure that is easy to run through in just a few hours. For the hedgehog’s 35th anniversary, a remaster of the game developed by Blind Squirrel releases in a few days if you didn’t preorder the deluxe edition and, well, it’s less than perfect.

Let’s go over the basics before we get into the remaster itself. As Sonic, you platform and speed your way through various stages with the help of alien creatures called Wisps. Each color gives you a different power, for example yellow allows you to drill through the ground, cyan turns Sonic into a laser to bounce off of surfaces, and white adds to your boost gauge which you use to go even faster and plow through foes. There are multiple routes to take in each act, of which there are six plus a boss in each zone, and figuring out how to use these powers to reach collectable Red Rings or get an S rank is a ton of fun.

The gameplay and levels stay largely the same in Ultimate, so it’s about as fun to play as it always was, albeit now with the addition of the jade ghost wisp and Super Sonic. I haven’t unlocked the latter yet, but the ghost power is pretty underwhelming and seldom used; it allows you travel through certain walls by locking onto specific nodes. On some consoles and PC, the game is finally in HD and 60 fps, which makes everything feel much smoother. I still enjoyed playing the game, but everything else surrounding the gameplay makes it difficult to call this the definitive version. 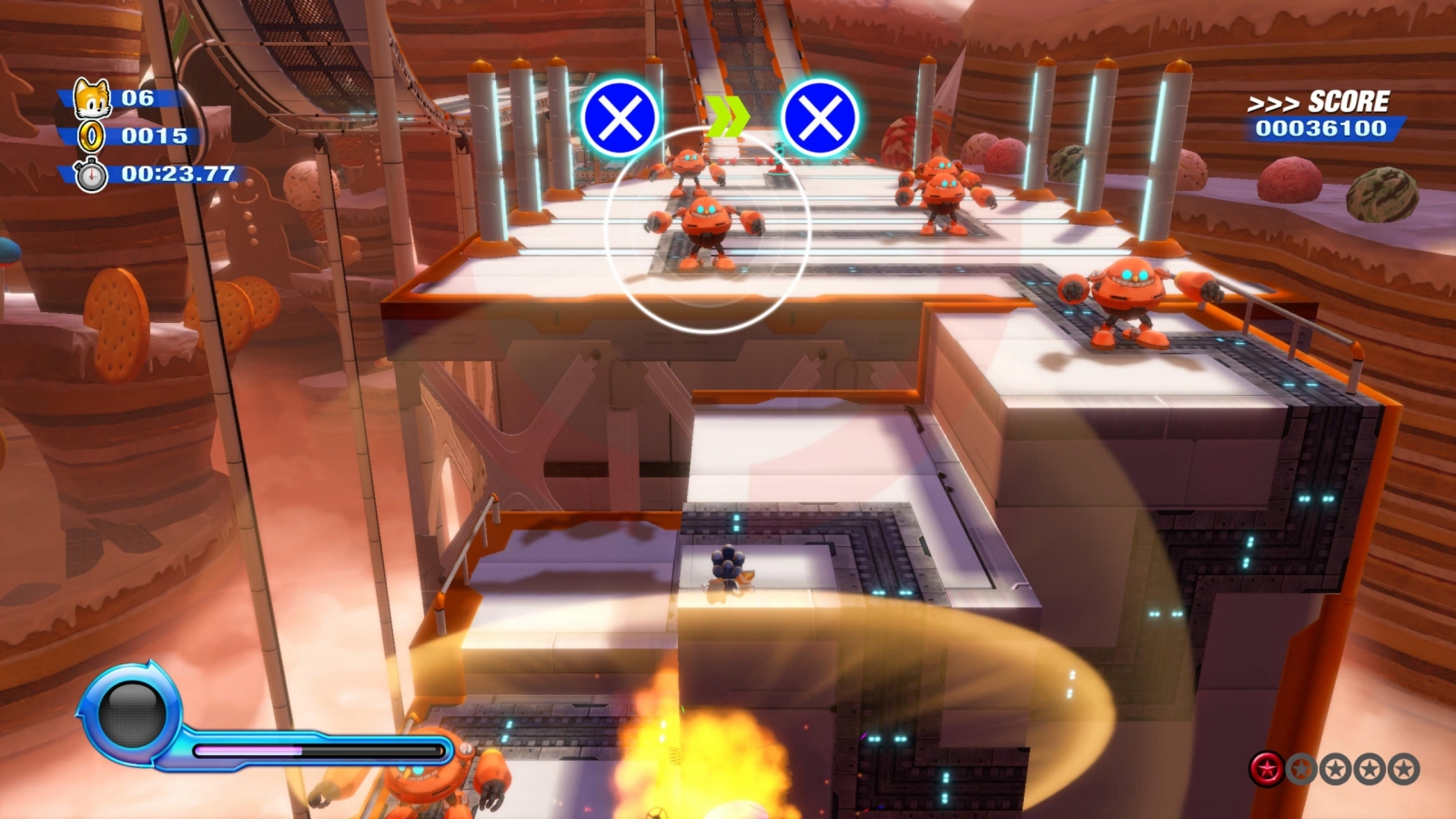 Take the new Rival Rush mode, which lets you race through a specific level against Metal Sonic. You might expect some new obstacles or for the robot to try and trip you up somehow, but no it’s basically the same level with a time limit. Unless you’re a completionist like me, these levels are not really worth doing and just unlock a few new customization options. This is also the only place that I could see where the emblem you choose in said customization appears. These emblems reference tons of other SEGA properties, like the sadly forgotten Skies of Arcadia and Jet Set Radio.

The “improved” visuals leave a lot to be desired. In some instances, the overhauled lighting looks really nice, but in far more areas the game tends to look washed out or lack the ambiance of the original. You can now customize Sonic slightly to add your own style, but some effects like the auras can feel like they’re either cluttering up the screen or invisible due to how far away the camera can get in 2D sections. I lost track of Sonic far less now thanks to the much higher resolution and many obstacles are also easier to see coming. Sadly, the cutscenes have aged very poorly. For whatever reason, instead of remastering the movies the Wii version used, each cutscene has simply been upscaled slightly and they look horrendous. There’s tons of artifacting in the videos and you can definitely tell they were originally made to look like the visuals on the Wii instead of the updated Ultimate version. 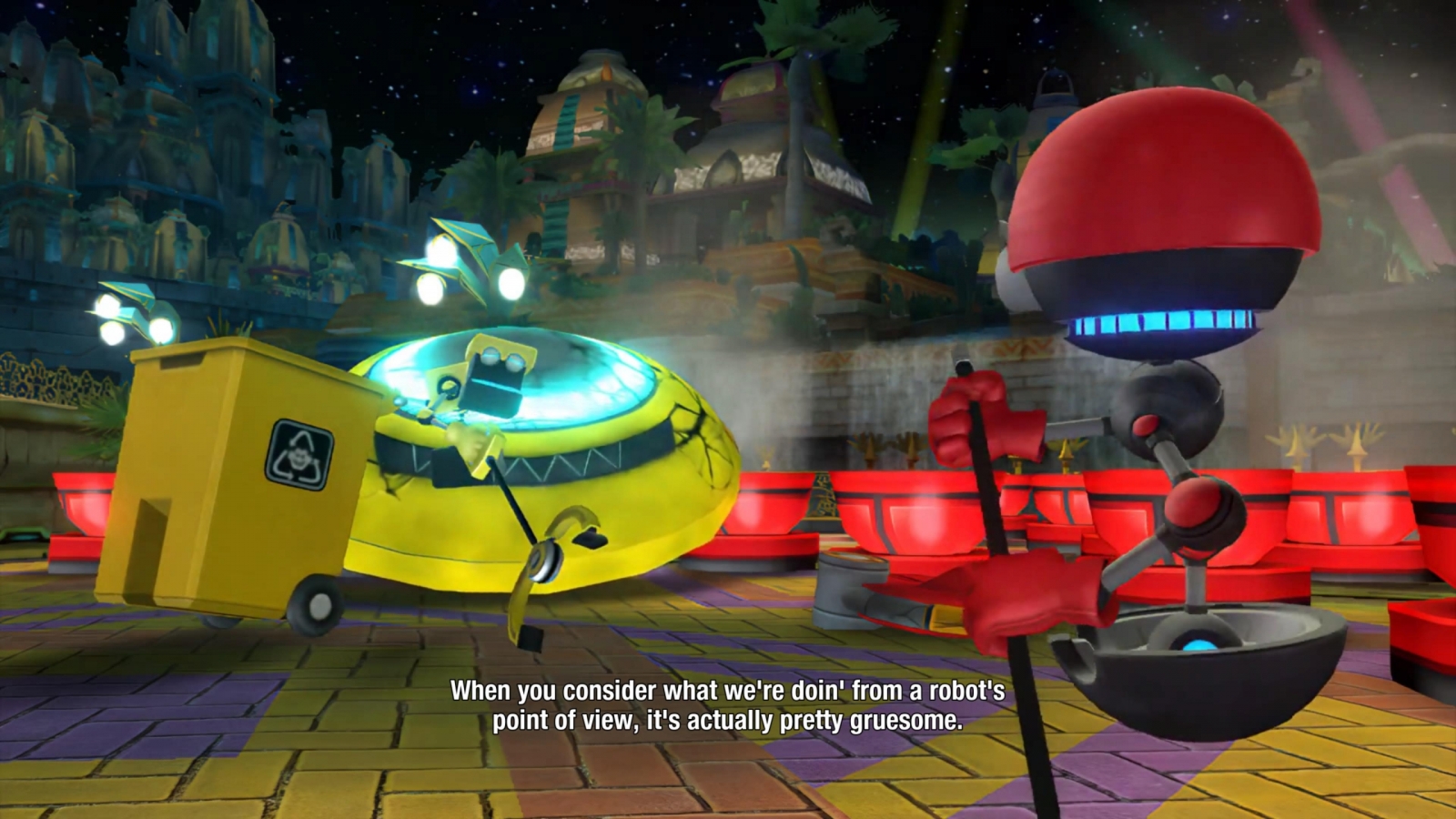 Cutscenes also have a problem where the voice acting can easily get drowned out by the loud music, and oddly enough normal gameplay has the exact opposite problem. Sound effects can be deafening, especially the new timed Perfect Homing Attack which increases your boost meter slightly, and I could barely hear the soundtrack. You can’t adjust this in the options either, since music and sound effects are tied to the same slider. With this, it’s difficult to fairly judge the new, remixed music giving each act its own theme, but I found it to be hit or miss. For example, the piano in the first song of Tropical Resort sounds off key and doesn’t fit with the rest of the track, while the new tracks in Asteroid Coaster are absolute bangers. Sonic games usually have great soundtracks, so hearing what used to be one of the best in the franchise butchered in some levels hurts.

As you may have gathered from social media, the game is also pretty glitchy. Over my first playthrough I may have ran into one or two, but they didn’t impact the playability or overall progression. However, when I tried to go through the Egg Shuttle, which has you play through every stage in the game one after another, the game crashed on one of the final levels, erasing all progress in the mode. I’m not sure if this was intentional or not, but during the credits (which now last about half an hour) the music cut out after about 3 minutes. If it is intentional, it sums up Ultimate pretty well: a great game overall, but with a lack of care put into improving or even preserving it.

Edit: The PC version has exactly the same issues, though gameplay does look slightly better and menus support the mouse. Conversely, the first time I played through a zone I encountered frequent stuttering which disappeared in later levels and upon replays.

Sonic Colors is still a great game, but Ultimate is lackluster at best. It’s glitchy, visually inconsistent, and has some abysmal mixing that makes it impossible to hear the excellent soundtrack, let alone the new remixes.

David is the kind of person to wear his heart on his sleeve. He can find positives in anything, like this is a person who loved Star Fox Zero to death. You’ll see him playing all kinds of games: AAAs, Indies, game jam games, games of all genres, and writing about them! Here. On this website. When not writing or playing games, you can find David making music, games, or enjoying a good book. David’s favorite games include NieR: Automata, Mother 3, and Gravity Rush.
Related Articles: Sonic Colors: Ultimate
Share
Tweet
Share
Submit