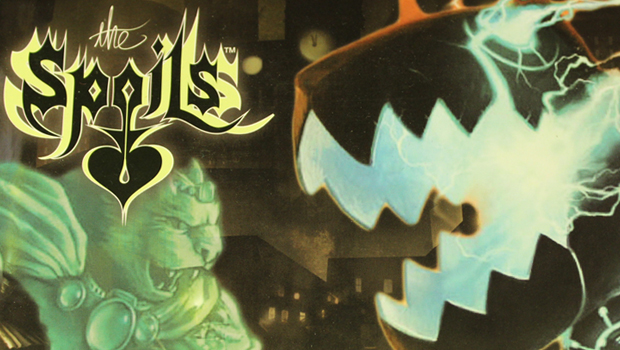 One of the biggest complaints leveled at Firefly: The Game was the significant lack of player interaction. Players could pick up crew and jobs faster than their opponents, or they could buy off disgruntled crew from rivals. However neither of these things had much of an impact on play; and in general the game played out as a multiplayer solitaire game. I didn’t particularly mind this aspect of the game, mainly because it was still so fun to play, but for others this was the polarizing factor that tainted their view of the game.

As Firefly’s first boxed expansion, Pirates and Bounty Hunters squarely addresses this lack of player interaction with the introduction of, as the name gives away, piracy jobs and criminal bounties. In addition, two new ships are introduced and a pile of crew and equipment to support the new mechanics.

The core of Pirates and Bounty Hunters lies in new ways for players to perform jobs. Each of the five contacts from the base game get a few new piracy jobs to add to their decks. These jobs require the active player to target an opponent and then perform two different skill checks, one to board the ship and then one as a showdown with the other crew. What I enjoy about the showdown mechanic is that players get to pick their skill they will utilize. This means your mechanic heavy crew still has some defense against a raging mercenary crew, thematically out witting the brutes. The reward for the piracy jobs are also a little different. If successful the attacking crew is able to steal something from the targeted crew (inactive jobs, cargo, goods) and money is also rewarded based on how much you take.

Bounties are the the other job type added. These function kind of as a sixth contact with another source of jobs. At any given time three of these bounties are face up, available for all players to claim. Each character in the game with a wanted symbol has a corresponding bounty card offering a reward for their capture. These characters can be captured from their supply decks, others crews and even a player’s own crew. Other than their targets, they work just like other jobs with drop off locations and sizeable reward money.

This expansion also comes with two new ships: the Interceptor and the S.S. Walden. The Interceptor only has four cargo spaces and space for four crew, but it requires no fuel and can move an impressive eight spaces per move. On the other end of the ship spectrum, the Walden has a cavernous fifteen space cargo hold, but no stash, and a rather slow engine. These ships also offer perks similar to some crew for completing certain types of jobs.

Then to support all of the above Pirates and Bounty Hunters includes a handful of new crew and equipment that directly interacts with the new mechanics. Most notably a new type of crew, the Lawman, who is unable to work illegal jobs, but offers their services for free. For those of you who were itching for new scenarios there are three new pirate/bounty centric scenarios for your enjoyment. 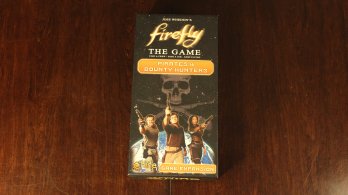 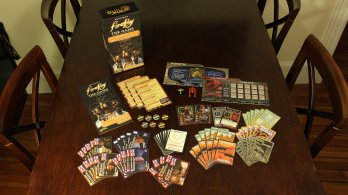 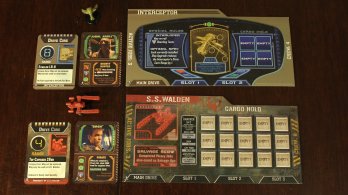 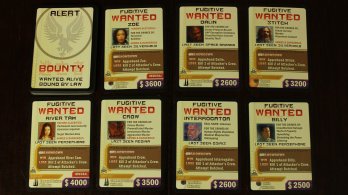 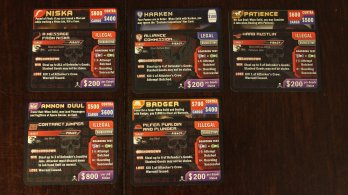 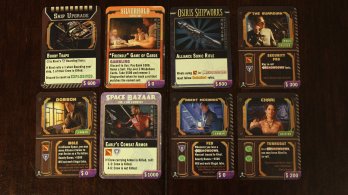 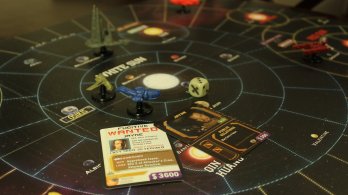 All of the above match the quality of the original game, in both the physical components and graphic design. The new ships are styled similarly to the originals, yet still have a distinct visual flair. The attention to detail and reverence to the show is just as prevalent as before, with new characters like Jubal from Serenity and the various Border Space lawmen. The theme is still just as jam packed as before.

If I had to pick my favorite part of the expansion it would be the new ships. The four base ships became a little stale after many plays. Thankfully, these two new ships offer a very different play experience. The Walden’s massive hold is rather straightforward to play, but I have yet to successfully utilize the Interceptor’s unique abilities. I would have been happy if the expansion was just these new ships.

While the piracy jobs and bounty deck do add some player interaction, the added mechanics are seldom utilized or seen. All of the piracy job’s payouts are dependent on what you steal from your opponent; in addition you need a sizable or expensive crew to actually succeed. This ultimately leads to substantially lower paying jobs with little actual reward. The bounty deck fits into the game surprisingly well, yet the probability of seeing both a bounty and its target is pretty slim. It is more likely that you will have the target of the bounty in your crew and sacrifice them for the cash (I didn’t say I was loyal!).

Due to the player interaction still being relatively low, and the additional rules added for the bounty system, Firefly still takes a little longer than it should to play out. Nothing was particularly streamlined, this just gives more variety. With the added ships it is technically possible to have a six player game; but I didn’t have a whole day or five other dedicated Firefly fans to try this out.

If you assume that the goal was to introduce more player interaction, Pirates and Bounty Hunters is well intentioned but fails to hit the mark. Lucky for us, it hits something that is still awesome! For fans of the game, the recommendation is a no-brainer, go get this expansion right now. However for people who were turned off by the game play of the base game, this expansion is not going to make you love the game. This expansion is more of the same, which I personally think is perfect; however, for those who were looking for some more player interaction I can see how they would grunt and walk away.

From Trading in the Mediterranean to FPS, I love games. While I grew up in a house without consoles, PC gaming and board gaming were a large part of my formative years, and continue to influence my life. In this golden age of board gaming, I have jumped in headfirst in to anything table top. As a ludilogical student, I love thinking about how games work, their mechanics, their elegance and most importantly, enjoying how fun they are. Favorite Board Game (at the moment): Twilight Struggle Favorite PC Game (base solely on play time): Tie between WoW and DII Fell free to email me: comments, concerns, questions, feedback, rants, and/or suggestions.
Related Articles: Firefly: The Game Pirates and Bounty Hunters, Tabletop
Share
Tweet
Share
Submit