If you asked me what was my favorite anime of last decade, I’d probably go with Puella Magi Madoka Magica. It was an exemplary illustration of how one could pull off a deconstruction (in this case, the lovely world of magical girls) and turn it into a grimdark, depressing emotional trainwreck of a series. To this day, I recommend everyone watch it up until episode 3; if you don’t like it then, I’m not sure what to tell you. While it’s been out for a while, Yen Press recently released an omnibus of the Puella Magi Madoka Magica manga adaptation, and while it does lose a bit of its luster in printed form, it’s still a great way to experience this (soul) gem of a series. 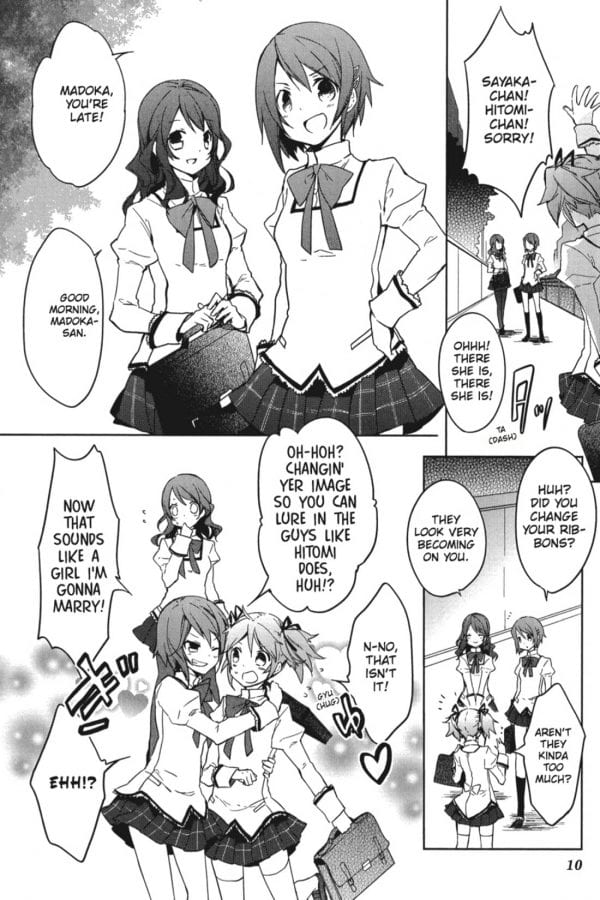 Madoka Kaname is your average Japanese student, who hangs out with her best friend Sayaka Miki. One day, transfer student Homura Akemi joins her class and suddenly strange events start happening. As explained by upperclassman Mami Tomoe, their world is invaded by the threat of witches, who feed on negative energy and threaten the world. A creature named Kyubey also appears, asking if Madoka and Sayaka want to become magical girls in order to fight the battle against a recurring evil. In exchange for a wish of their choosing, they can become forces of good! What can go wrong?

It’s extremely difficult to explain what makes Puella Magi Madoka Magica so great without spoiling its best bits, so I’ll just say it’s not your typical Sailor Moon or Tokyo Mew Mew. Sure, it looks like it’s something ripped out of a Saturday morning cartoon, but strip the veneer of the cutesy dynamic and you’re going to be in for a psychological thriller of a treat, filled with existential dread and what it really means to sacrifice your humanity. 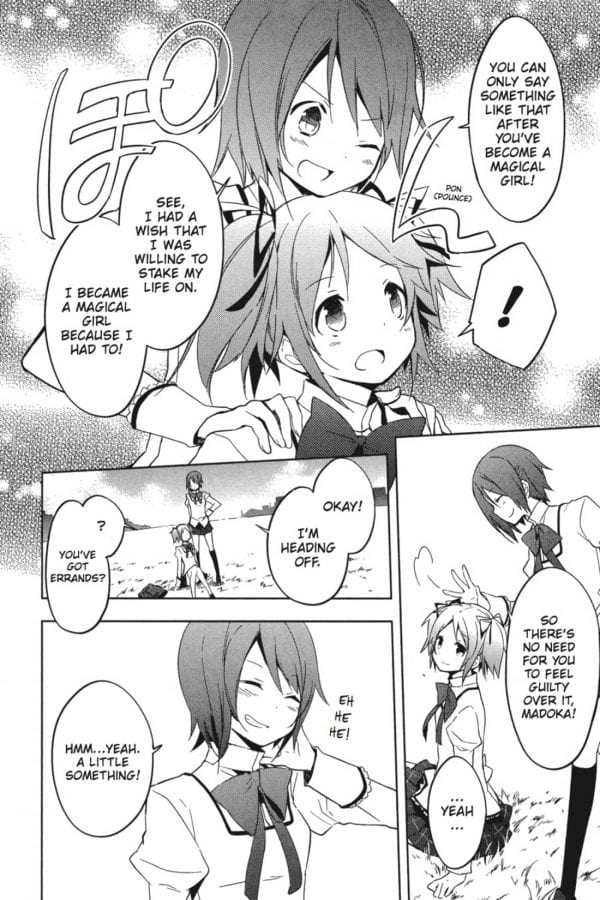 What really makes the series great is the juxtaposition of adorable aesthetic and the cruel reality of what’s really going on. Luckily, the manga retains much of this contrast, and the art style is overall a great representation of the anime. While there are some aspects that do get lost in translation (the battle scenes feel more like a traditional shojo series rather than something epic in the anime), I do think this is a good place to experience the main series if you want a quicker way to get the gist of Madoka’s story.

While the series is freely available through legal streaming sites, the DVD and blu-ray boxsets are pretty expensive nowadays. The pacing of the omnibus is solid, covering a chapter an episode. It’s something you can read in one sitting (and I would recommend doing so), as it equates to a marathon session of watching the original 12-episode anime. If for any reason you can’t watch the anime, you won’t miss too much by making this your primary way of experiencing the series.

(While the original manga release is nearly a decade old, I’m going to be putting out some spoilers from this point on. You have been warned.)

The biggest change with which I’m not too enthused is Kyubey’s art style. In the original anime, he has a pretty uncanny valley design, which unsettles the viewer immediately as someone who shouldn’t be trusted. In the manga, he has a relatively cuter style initially, looking more like a small companion animal than the heartless incubator he becomes later. Sure, his look changes to something menacing later in the story, but I’d rather he just be the lifeless shell that unnerves you since it hints at the series not being what it seems. 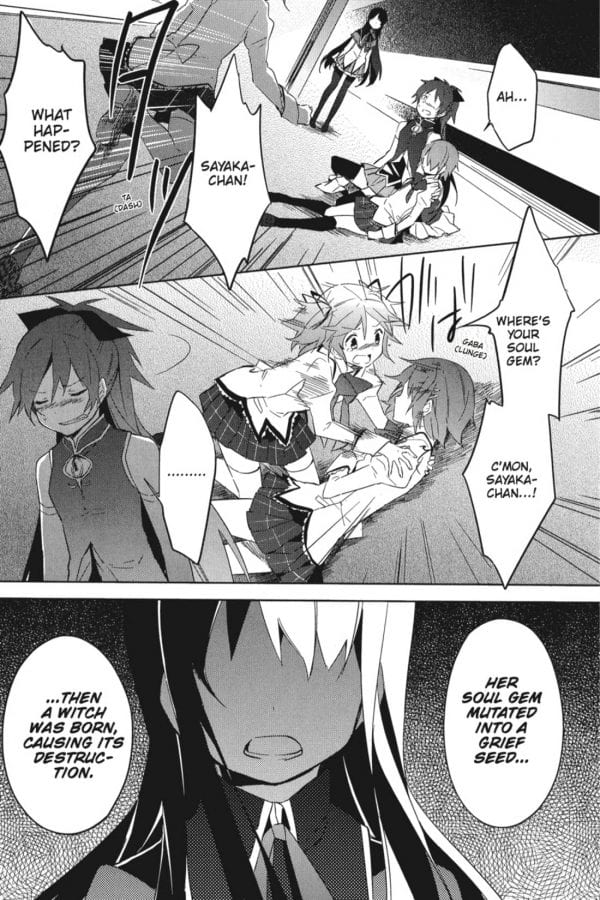 In fact, due to how the manga portrays events, it doesn’t feel dreadful until around chapter 6, which is the halfway point of the anime. After an important death in the third episode, the anime takes a turn for the worst from there, but it’s more of a slow burn with the manga; it doesn’t detract from the adaptation as a whole, but it will make those who watched the anime first wonder what’s going to happen. As mentioned earlier, some events are truncated due to the transition of manga page limits (the author actually requested more pages for the third volume to expand some fight scenes). This also means that Homura’s time stop abilities aren’t displayed with their appropriate strength, and if you haven’t seen the anime, it might be confusing to track those at first.

Puella Magi Madoka Magica: The Complete Omnibus Edition is a great manga adaptation of one of last decade’s greatest anime series. While it does lose a bit in its printed transition, this is a wonderful way to experience all three volumes of the deconstructive magical girl series. Let’s just hope you packed enough tissues.

Elisha Deogracias is an aspiring accountant by day, freelance writer by night. Before writing for Gaming Trend, he had a small gig on the now defunct Examiner. When not being a third wheel with his best friends on dates or yearning for some closure on Pushing Daisies, he's busy catching up on shonen manga and wacky rhythm games. Mains R.O.B. in Smash. Still doesn't know if he's a kid or a squid.
Related Articles: Beyond the Page, Puella Magi Madoka Magica: The Complete Omnibus Edition
Share
Tweet
Share
Submit