Just a few years ago, if you told me I’d be able to play games like The Witcher III, Dragon Quest XI, and Overwatch on the go I would have called you crazy. But here we are in 2019, and all three are now playable on the Switch, Nintendo’s little console that could. We’ve already covered the two former ports, but how does the latter fare?

Overwatch on Switch looks surprisingly good, as it’s essentially the PC version on low settings at 30 fps. Textures can be a bit pixelated and parts of the UI can be difficult to see, especially in portable mode, but the game’s cartoony style still comes through nicely. The lower quality of the visuals are much more bearable on the smaller screen, but then you really may have to squint to see enemy health bars or some of the text. There are some strange visual caveats however; oftentimes when spectating the game whilst dead, it will give you a weird perspective from either directly under a hero, or more rarely directly above. During my time with the game, I experienced about three times where the game stuttered for a second or two, but this never resulted in my death or any damage as it seems to happen to everyone in the match at the same time. It also comes with the same issues every other version of the game has, such as models taking a few seconds to load in at the beginning of a match or when switching heroes. Overall with the visuals, it’s impressive that the game runs as well as it does on the console. 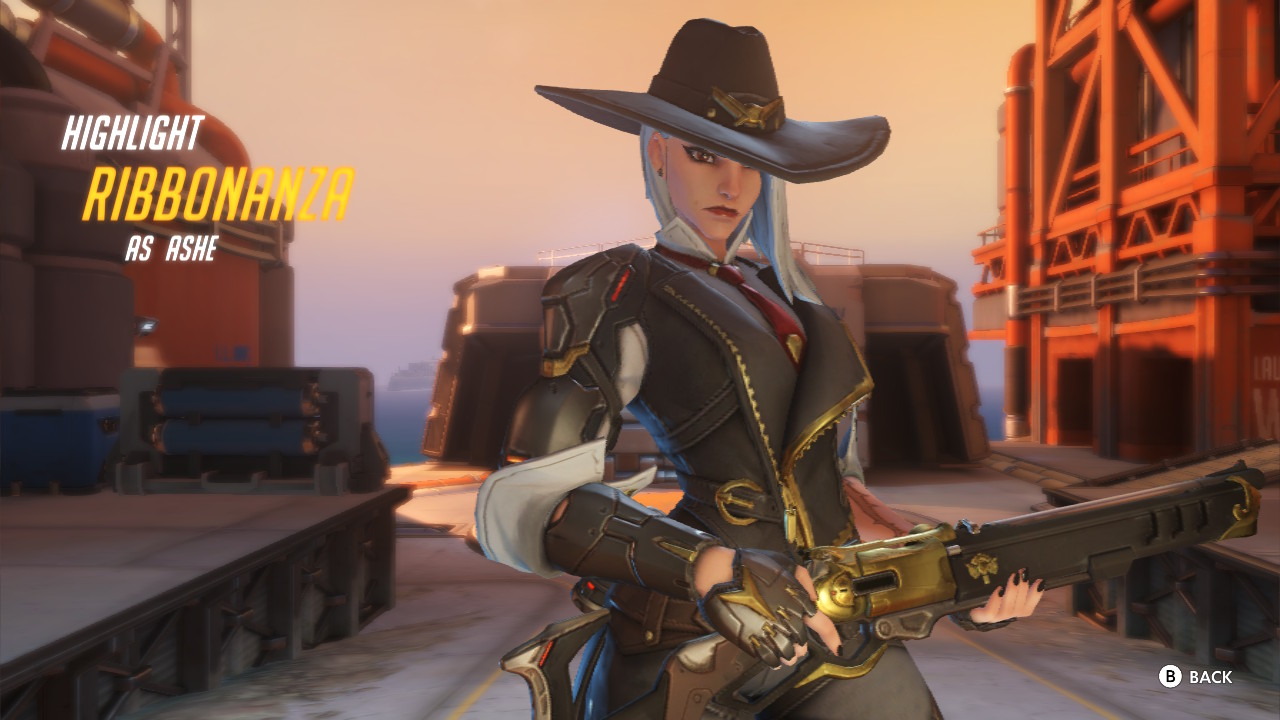 Considering the game is already available on all other major platforms, the star of the show here are the Switch exclusive features: portable mode and motion controls. For anyone who has played too much Splatoon 2, like me, you’ll feel right at home with Overwatch’s gyro aiming. I’m not great, or even good, at shooters with a mouse and keyboard, so I find this method of aiming much more comfortable, and thankfully Overwatch’s plentiful options menus also extend to the motion controls: you can adjust the sensitivity, invert various axes, disable them when using the right stick, or just turn them off altogether. All the other options from other versions of the game are here too. You can customize controls for each hero, adjust various disability options, remap every button, and even use voice chat without the Nintendo Switch app on your phone.

Every stage, character, mode, skin, spray, you name it, it’s here. All the content you can find in any other version of the game is on Switch as well, including the controversial loot boxes. I’m not sure if it’s the lack of keyboard support for text chat (we’ll get into that in a bit) but I’ve also found the community on this console to be much kinder than PC. I’ve regularly seen players say thank you after a match or actually group up when someone asks. Granted, I haven’t played the game since the big Mercy rework years ago, so maybe things have calmed down since then. There seem to be fewer players as well overall, queue times normally last a minute or so even when playing a support role. This could be a result of recent events regarding Blizzard, which is totally fair, but only time will tell if the community on Switch grows as big as its contemporaries. 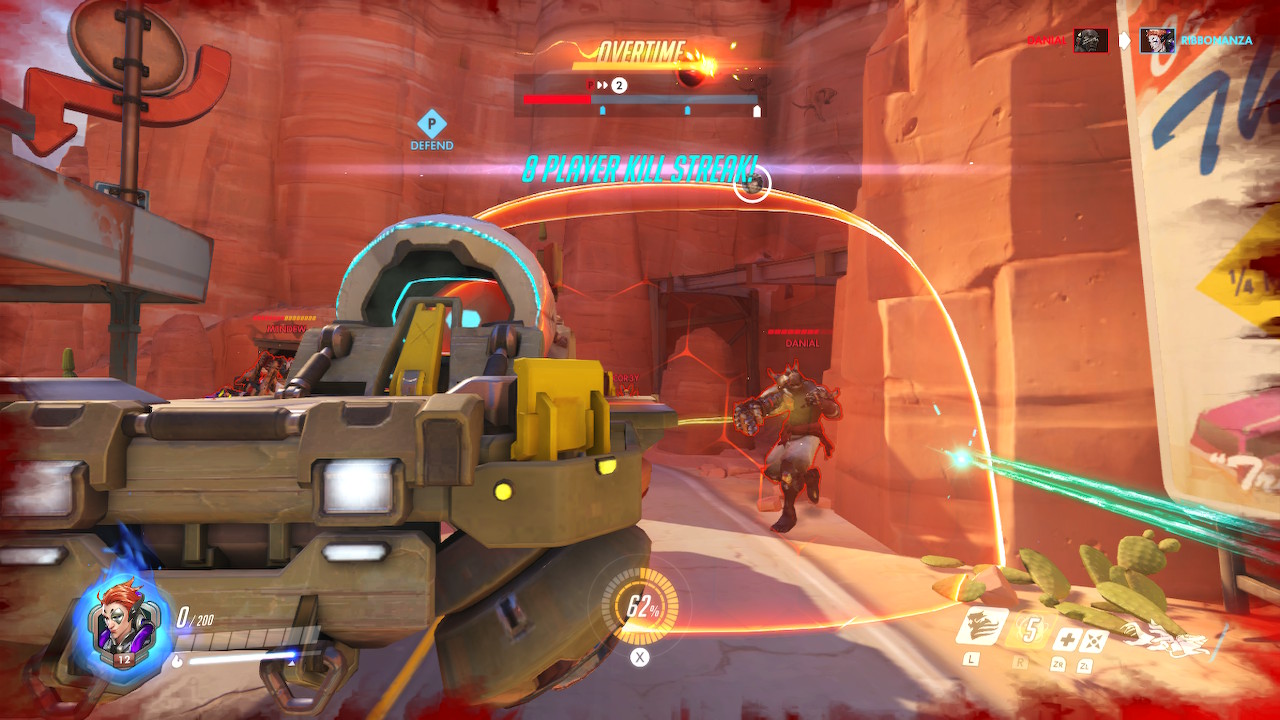 Back to the lack of keyboard support, it feels like a big oversight that I can’t at least map some of the unused functions to a keyboard button. Pretty much every possible button on the controller already performs a vital function you’ll use in most matches, and there are a ton of unbound actions in the options menu. I can live without text chat, but all of these options I could be using but can’t irk me. That’s not to mention special controllers for people with disabilities, I was unable to test controllers other than the pro controller, joycons, and keyboard but given the game wouldn’t acknowledge the keyboard I’m willing to bet other controllers wouldn’t work either.
All in all, love it or hate it, it’s Overwatch. If you’ve played another version, you know exactly what you’re getting with it on Switch. Any story the game possesses is outside of the game, there’s no offline mode, and it has all the same issues any other version has. Portable mode is neat, and I quite like the gyro aiming, but if you already play on another platform there’s no real reason to pick this up in edition, as none of your unlockables transfer between versions and there’s no crossplay. If you only have a Switch, want to play on the go (with a wifi connection, of course), or have friends playing on this console it’s a perfectly fine version of the game.

No matter the platform, Overwatch is still Overwatch. Everything from every other version of the game is here, warts and all. Gyro aiming and portable play, while nice, don’t offer enough of a reason to choose this version over another if you already own the game on a different platform. But if it’s your first time or just want to play on Switch, go for it; this is a fine port.

David is the kind of person to wear his heart on his sleeve. He can find positives in anything, like this is a person who loved Star Fox Zero to death. You’ll see him playing all kinds of games: AAAs, Indies, game jam games, games of all genres, and writing about them! Here. On this website. When not writing or playing games, you can find David making music, games, or enjoying a good book. David’s favorite games include NieR: Automata, Mother 3, and Gravity Rush.
Related Articles: Overwatch
Share
Tweet
Share
Submit