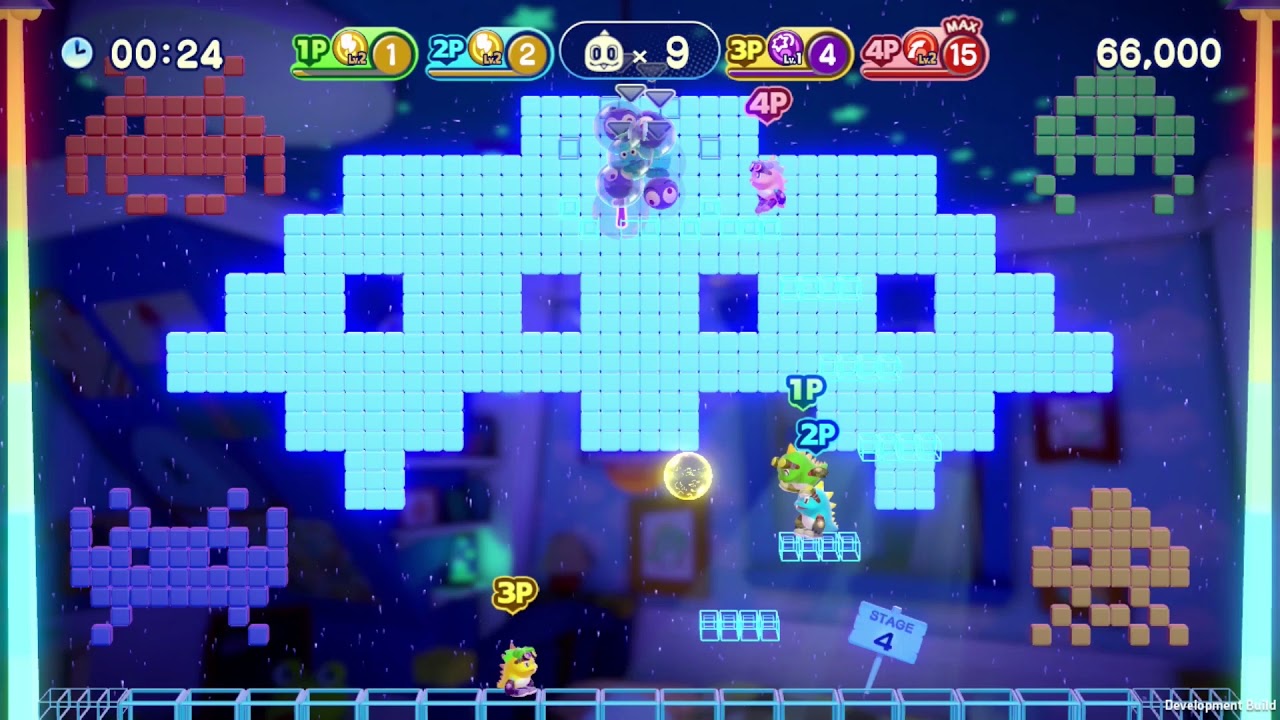 Today, Strictly Limited Games announced that it will release a limited Collector’s and Standard edition of the upcoming revival game Bubble Bobble 4 Friends, which will be out next year. While the game will be released in a standard retail edition as well as digitally, this version of the game will come with some special goodies that is exclusive to this limited pressing.

From Sunday 27 October, both editions for Nintendo Switch can be pre-ordered exclusively from the Strictly Limited Games online store. The limited Standard Edition will be offered with an exclusive cover and individual numbering at a price of 39.99 Euro. The Collector´s Edition will celebrate the origins of this milestone in video game history in a very special way. Accordingly, it contains numerous items about Bubble Bobble and its history, which have been translated from Japanese with great attention to detail in order to make them accessible to fans and collectors. The Collector’s Edition will be offered at a price of 89.99 Euro.

As an additional bonus, the Collector’s Edition is shipped in a special retro-style cardboard box – a tribute to the classic packaging of vending machine circuit boards in the 1980s and 1990s.